After a lifetime farming sugar beets, corn and dry edible beans south of Gering, Ted Roth will be selling the farm ground and equipment in December.

“My parents moved here, this is the only house I have ever lived in,” he said. “It’s been a great life. It’s been hard, but then it’s been easy at times, too.”

Roth was born in the farmhouse he lives in today a year after his family moved onto the land in 1956.

“(My family) started out around Bayard and then they were north of Scottsbluff. Back then it was really weird, if there was a piece of ground that came up for rent with a house, people literally just moved on a Sunday afternoon,” he said. “So, they ended up renting this (south of Gering) in ’56 and then I bought it in 2000.”

Roth spent his childhood helping his father on the farm. He recalls driving the first tractor that his dad bought new when he was a teenager.

“When I was 15, I remember driving the two-cylinder John Deere tractor that was the first tractor dad ever bought new. I actually still own it, have it out in the shed, that’s what I grew up on,” he said. “There’s no air conditioning, all the bugs, the dust and noise, I couldn’t wait to get off that thing at the end of the day.”

He may not have fond memories of driving that tractor, but Roth found other aspects of farming enjoyable. Though the relentless task of irrigating crops can be laborious to most, he found it rewarding.

“A friend of mine has the mindset, ‘It’s not irrigation, it’s irritation’ and it can be,” Roth said. “I always liked watching because when you hit that plant with water, it just flourishes, it’s like a great awakening in that plant. So, I always enjoyed irrigation, some people don’t but I always did.”

While he was kept busy with farm work as a teenager, there was always a way to work in time on tennis courts with friends. Summer tennis tournaments often interfered with irrigation season.

“I’d tell dad there’s a tournament coming up around the fourth of July, that’s irrigation season, and he’d tell me if you’re going to be gone for two days, we’re going to have to get this done, then this and that,” Roth said. “I’ve played in a lot of tournaments and won quite a few. Not to brag, but I’ve got 42 tennis trophies out in the shed.”

He found plenty of hours in the long summer days to farm and play the game he loves, tennis.

“In high school and my early 20s, I’d get up early to set irrigation water then put in eight to 10 hours a day playing tennis,” Roth said. “I totally love that game.”

After high school graduation, Roth’s father had plans for his son and two daughters that would take them away from the family farm — four years of college and a new car. With this in mind, Roth earned a degree in crop science from the University of Wyoming. He, ultimately, chose to return to what he knew best, farming.

“When I got out of college, I could have went any other direction, still ag related, than farming. I didn’t know any other job but farming at that time, so I came back,” he said. “I also knew that if I told my dad I wanted to go do whatever, I knew it would have killed him, so I couldn’t do that.”

“(Ronda’s) mom and dad did not farm, but she’s always been around agriculture,” he said. “Her mom said, 'Don’t marry a farmer,' but she did anyway.”

Work ethic that Roth learned at a young age on the family farm is something he took pride in passing on to his own daughters as well as any area teen that worked for him. Farming happens every day regardless of weather or illness, there is no skipping out.

“Being able to raise my family in this environment and instill a certain work ethic in my children, I’m proud of being able to do that. They know how much work somebody did to put that food on that plate,” Roth said. “I hired a kid from town and his friend once, when I ran into his dad he said, 'The best thing that ever happened to those two kids I when they went to work for you.' They knew they had to be there, there was no skipping.”

“Having 40-ton beets, 50-bushel beans, 200-bushel corn, those are always marks of doing a great job that year. If you can hit those milestones, that feel is amazing,” he said. “There are those times you produce a great crop, but the prices are terrible. And that 2021 hail storm was a tough one, I’ve never quite been beat up that hard.”

Over the years, Roth has kept a balance between operating the farm. Sunday church service marked a fresh start to the week, and he always included other diversions to maintain a life balance.

“I’ve always believed in farming is a job where you have to have some type of diversion. Because, for me anyway, if we simply concentrate on farming it can burn you out,” Roth said. “I’ve always gone to church on Sundays and it lets me refocus for the week. Then, I’ve always tried to have something that would let me divert my attention away from farming for at least a few hours.”

He is moving into the end of a farming career, planning to continue to balance his life with his family and an extension on his early tennis passion.

“I’ve always been pretty good at being able to hit a ball with something that’s in my hand, like a paddle or racket,” Roth said.

He is going to find more time to hit the local pickleball courts while using the extra time to focus on projects around the house and yard.

“We haven’t really decided what we want to do, just cross that bridge once we get to it. I’m just trying to get to the end of my farming career,” Roth said. “I might be at pickleball from noon to two because I’m going to stay active.”

For one young couple, a farming dream becomes reality

ARLINGTON — A childhood dream to be a farmer might seem unreachable for a kid who didn’t grow up on a farm, but Davis Behle just kept dreaming.

The team decided to focus on an issue related to agriculture, partly inspired by the family of Pierce’s fiancée, who farm and ranch in Banner County.

Garrett Dwyer is part of a national nonprofit initiative, the Farmer Veteran Coalition, that aims to re-energize small agriculture by supporti…

Farriers are essential to the health of horses, two Panhandle farriers say in explaining their profession. 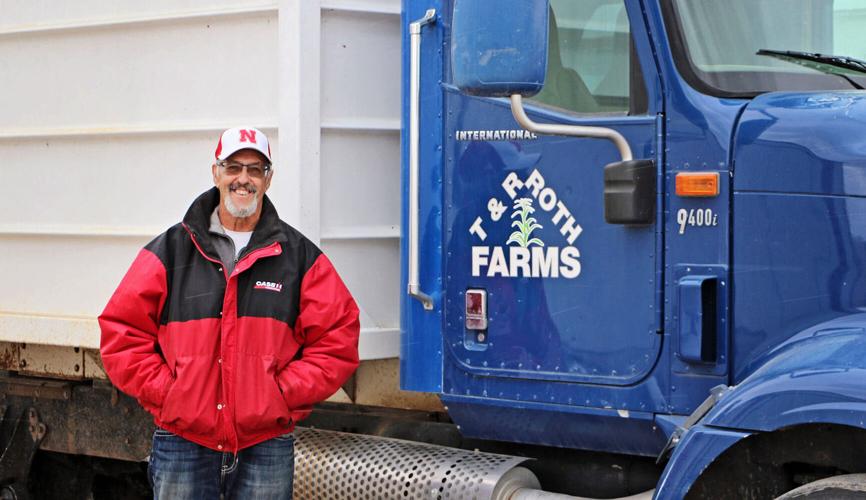 Ted Roth stands beside one of his farm trucks south of Gering. Roth will be leaving behind a lifetime of farming to enter a new chapter that will include projects around the house and yard and hours of pickleball. 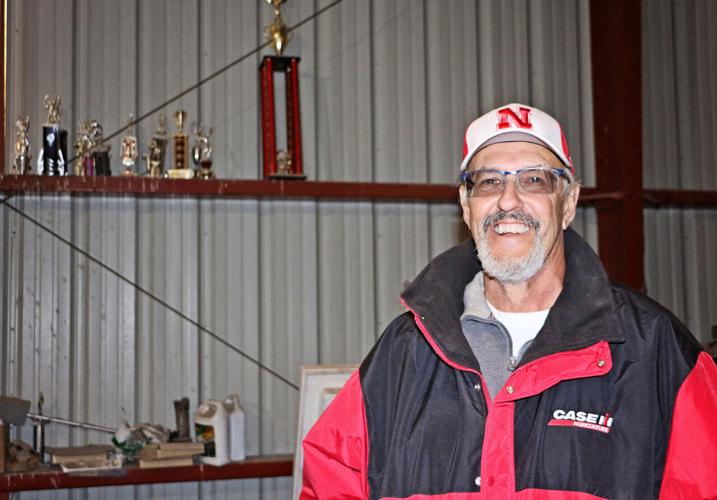 Ted Roth poses with tennis trophies he has won through the years in the background. Roth stored the trophies among his ag equipment on the family farm. 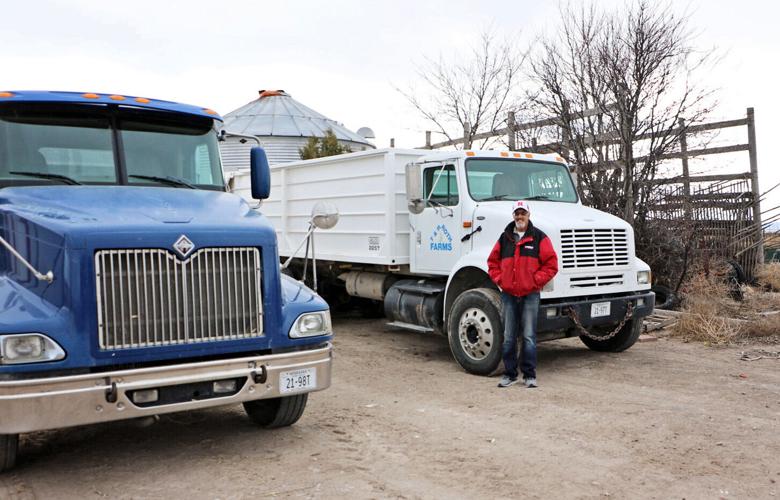 After a lifetime farming south of Gering, Ted Roth will be selling his farm ground and equipment in December. His family has farmed the land he owns since 1956.