Over the last few months, I have been relating the stories of a group of plant pathogenic bacteria known as “Gram positive,” which refers to the reaction of bacterial cell walls to microscopic dyes that divides bacteria into two primary groups, negative and positive. This was originally developed by Danish bacteriologist Hans C. Gram.

Curiously, Nebraska appears to be the original home for a number of these pathogens that have historically been extremely important to certain major crops grown here. This is a strange phenomenon because the majority of plant pathogenic bacteria are Gram-negative.

The pathogens causing bacterial wilt in dry beans, Curtobacterium flaccumfaciens pv. flaccumaciens (Cff), and Goss’ wilt and leaf blight in corn, Clavibacter michiganensis subsp. nebraskensis (Cmn), are two examples as members of this group of bacterial pathogens, and are probably more familiar due to recent epidemics in Nebraska. However, did you know that two additional diseases caused by Gram-positive bacterial pathogens have been observed in Nebraska that are likely lesser known – bacterial wilt of alfalfa and bacterial mosaic of wheat. This article will focus on these two pathogens and relate them to the other two dry bean and corn pathogens.

Alfalfa wilt, caused by Clavibacter michiganensis subsp. insidiosus (Cmi), was first noted in the mid-1920s from the river valleys of Nebraska and Kansas and from fields in southern Wisconsin and northern Illinois. But it is now thought to have been present in the United States unnoticed for many years prior to that. By 1926, it had been reported from every major alfalfa-producing state.

Wilt is favored by cool, wet conditions with an optimal pathogen growth temperature of 73 degrees Fahrenheit. It can aggressively kill plants so rapidly that alfalfa crops become unprofitable two to three years following infection, but disease rarely appears in stands under three years of age.

Irrigation also enhances infection, while fields cultivated under dryland conditions are seldom affected. The bacterium readily survives in infested plant material within soil, hay, or seed for several years, and is most common in low, poorly drained areas of the field. The pathogen spreads throughout fields after injury to the crop, such as winter damage (freezing and thawing), insect feeding, or mowing and bailing hay.

Through the 1920s, alfalfa acreage in Nebraska decreased dramatically. Experiment Station plant pathologist George L. Peltier, one of the first to study the disease, concluded that wilt was the primary factor responsible for this sudden decline. In fact, there was enough concern that the Nebraska Legislature created a special appropriation of $25,000 for conducting research (equaling more than $350,000 today).

In 1930, Peltier published the first comprehensive report for wilt in Nebraska in the Experiment Station’s Bulletin 240. Peltier also concluded that previous losses from wilt were very likely attributed falsely to winter injury and asserted that the disease occurred in virtually every irrigated field in Nebraska over two years of age.

Breeding and the development of disease-resistant cultivars

By 1930 bacterial wilt was recognized as the most significant disease problem for alfalfa in the United States, showing the immediate need for identifying new methods of control for this emerging disease. The U.S. Department of Agriculture and several state agricultural experiment stations began evaluating methodologies, but genetic resistance was concluded to be the only practical method available to solve the problem rapidly.

None of the domesticated cultivars being used at that time possessed disease resistance; thus Peltier, partnering with USDA’s H.S. Tysdal and University of Nebraska’s Department of Agronomy, developed the first winter-hardy, wilt-resistant variety, Ranger, and it was released for commercial production after 1940. It was the first alfalfa cultivar utilizing a specific gene for disease resistance and winter hardiness, and served as an industry standard for decades.

Bacterial mosaic, caused by Clavibacter michiganensis subsp. tessellarius, (Cmt) was first identified as a new disease of wheat in the spring of 1976 and was simultaneously shown to be distributed widely throughout Nebraska. By 1979 the disease was identified from wheat fields representing 17 counties erratically spread over a 500-mile range extending from far western Nebraska eastward to western Iowa. Surprisingly, by 1980, the disease had completely disappeared from wheat production.

Bacterial mosaic has historically been very rare in wheat production. Other than the widespread distribution throughout Nebraska between 1976 and 1979, the pathogen was only reported from one county in western Iowa and from breeding material in Alaska. The disease never became a serious problem to Nebraska wheat production.

The well-known Gram-positive pathogens Goss’ wilt of corn and bacterial wilt of dry beans both re-emerged in Nebraska at approximately the same time in the mid-2000s, after similarly vanishing just as suddenly 20 years previously. We have identified some likely factors that explain their resurgence in Nebraska; however, we are baffled as to why the three pathogenic Clavibacter subspecies (Goss’ Wilt, alfalfa wilt, and bacterial mosaic of wheat) and the distantly related bacterial wilt of dry beans, have behaved so differently from each other.

The alfalfa wilt pathogen is still a persistent and common resident in Nebraska soils. However, the breeding process has essentially eliminated this pathogen as a production problem since the development of disease-resistant cultivars in the 1940s.

Likewise, corn breeders rapidly created productive, disease-resistant field corn cultivars. Goss’ wilt then disappeared in the early 1980s but has mystifyingly returned in a similar manner as that of bacterial wilt of dry beans, which also disappeared, but without the widespread use of resistant cultivars.

Conversely, bacterial mosaic of wheat seemingly vanished without a trace but has not come back. New resistant cultivars were rapidly developed in response to this new disease, but they were never deployed due to its short tenure in Nebraska wheat fields. The reasons for its sudden arrival and abrupt disappearance after only three to four years, and its failure to resurface in the same manner as Goss’ wilt of corn and bacterial wilt of dry beans, have never been explained.

Thus, we are still left with a number of unanswered questions on the origin, survival, and spread of this group of bacterial pathogens. 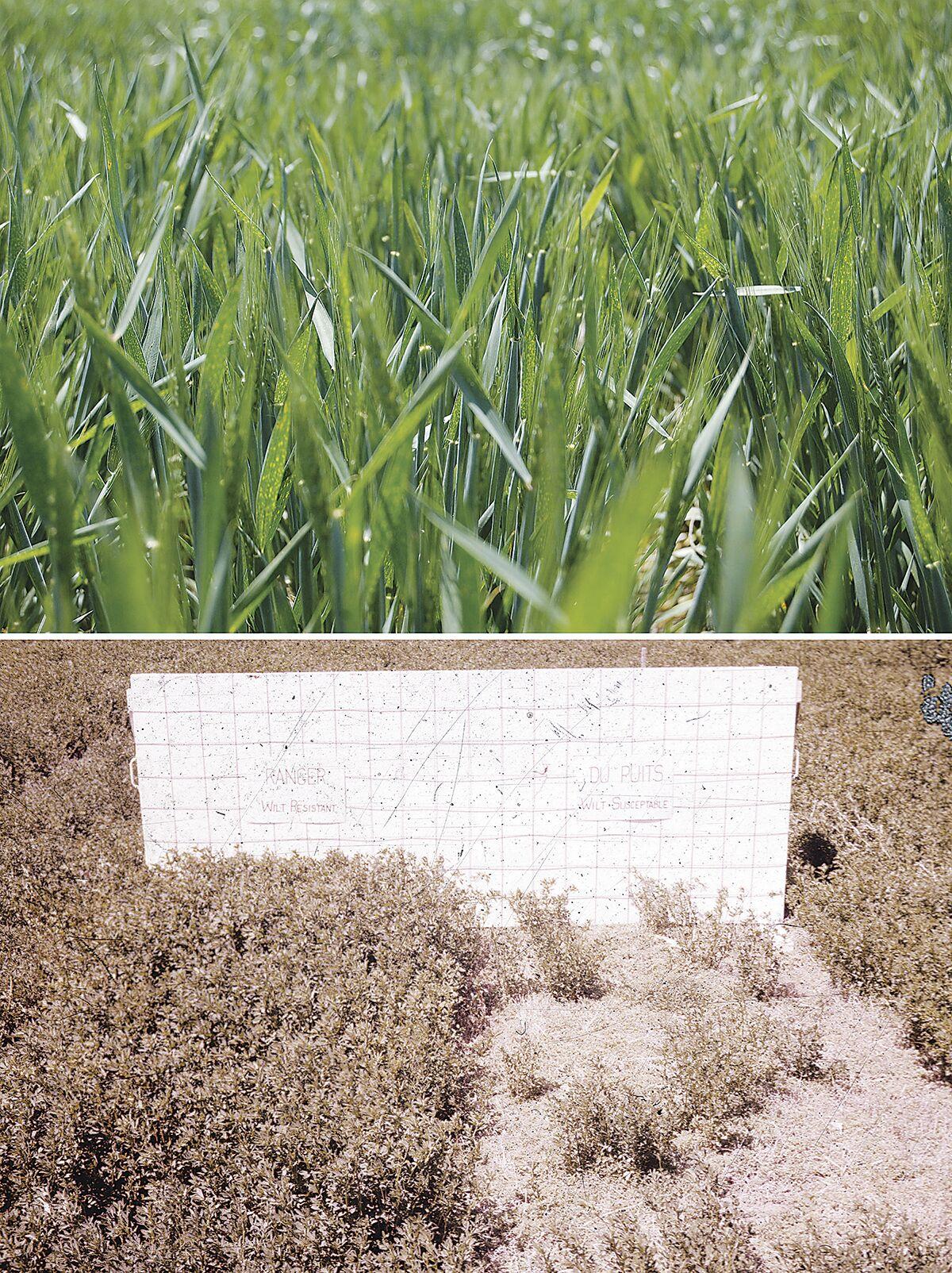 Foliar symptoms of bacterial mosaic in wheat (top photo), and disease-resistant alfalfa cultivar Ranger on the left with a susceptible variety on the right (bottom photo) 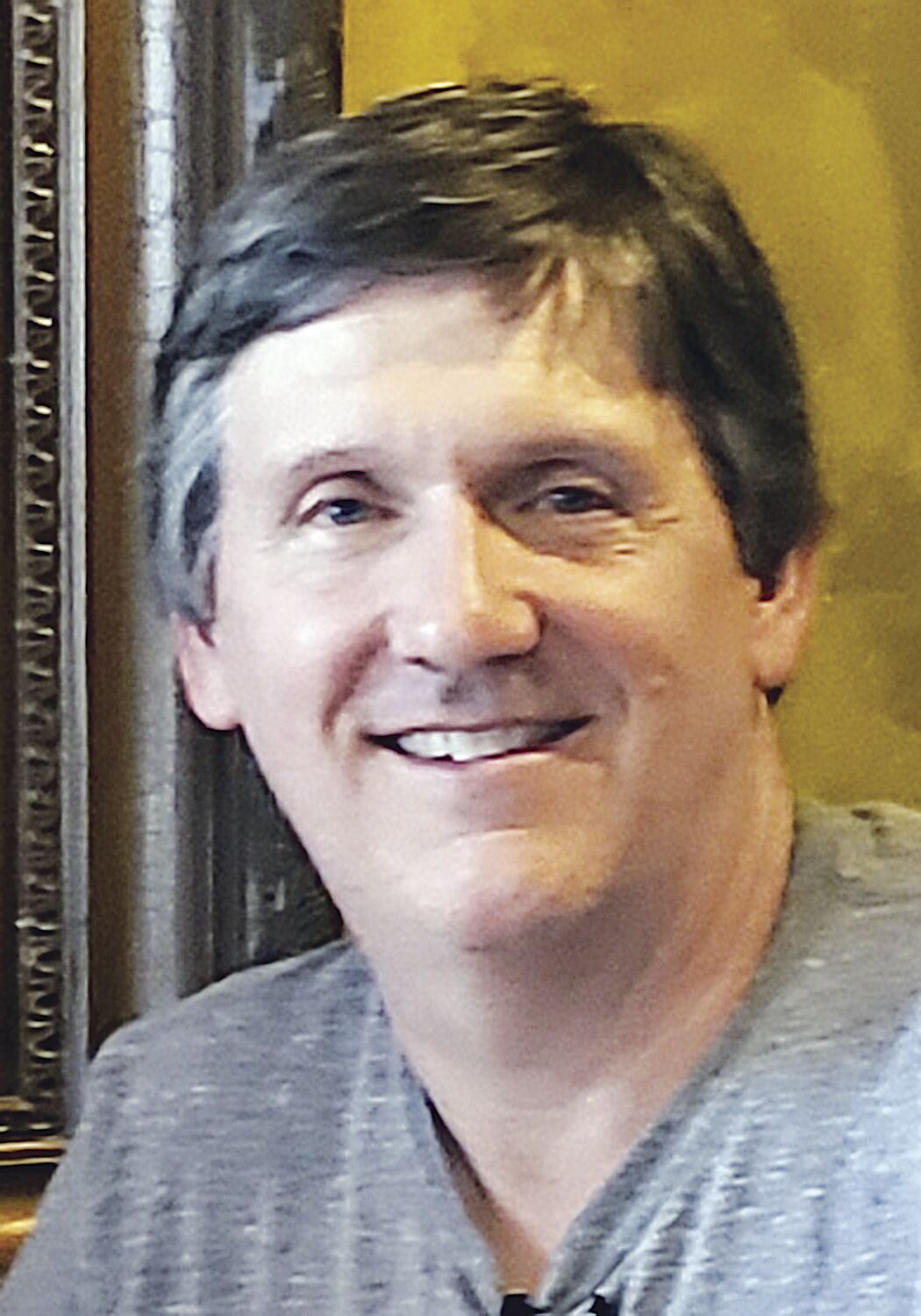