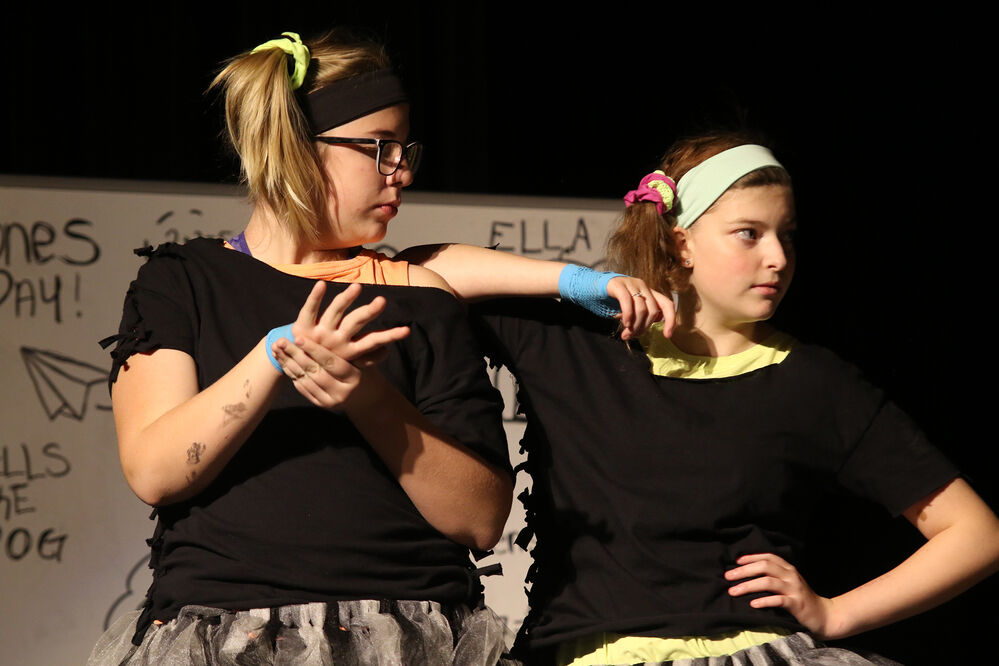 The ghosts of quizzes past (Sadie Davis and Chloe Randall) try to convince JJ to study for his upcoming quiz. 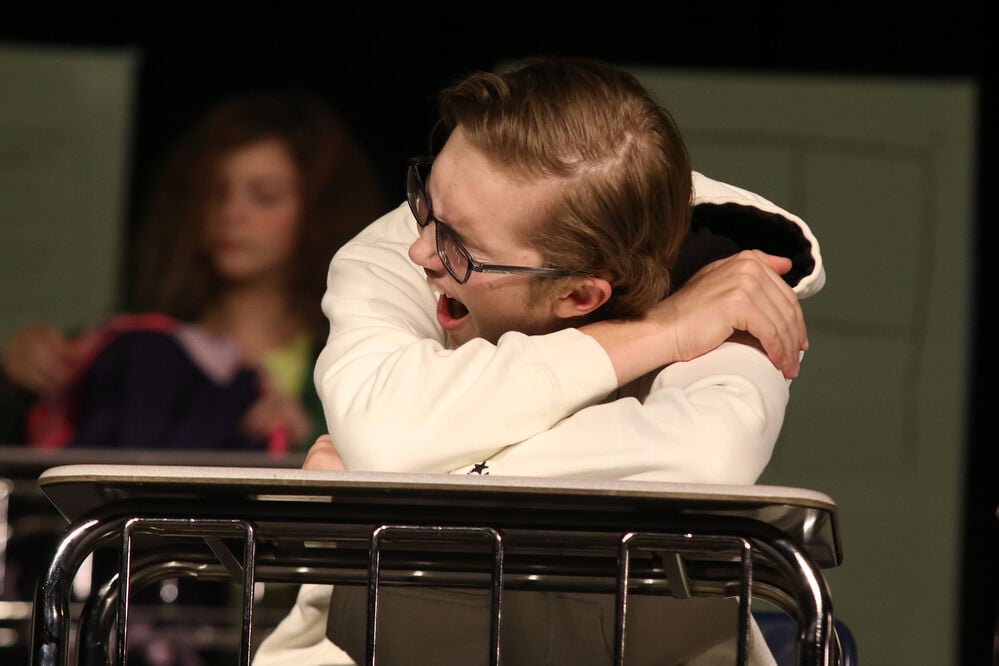 JJ (Wyatt Soule) nods off before class starts while the rest of his classmates cram for the upcoming quiz. 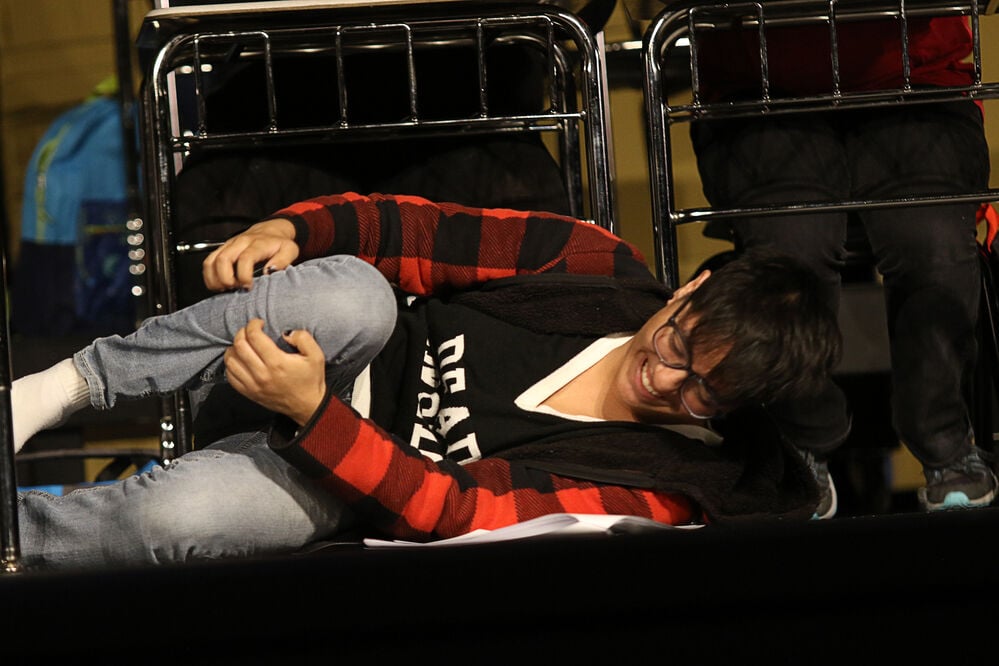 JJ from the past (Nayeli Barraza) pretends to have lice to get out of taking a test.

A Christmas classic takes on a silly academic spin for Gering High School’s one act play this year. Called “The Quiz that almost Killed Me,” the 30-minute play is about high school student JJ — played by junior Wyatt Soule — who never studies. However, when he’s visited by the ghosts of quizzes past, present and future, he just might start changing his tune.

The comedy was chosen by new one act coach Denise Jensen, who said she wanted a script that offered a lot of room for her students’ creativity.

Jensen said that since it’s her first year with the students, it took a little time for everyone to warm up to each other, but now it’s all starting to come together just in time for competition, their first being Monday, Nov. 8 at Scottsbluff.

“It’s a work in process, but I mean, considering it’s our first year and (there’s been) a lot of changes, we’re slowly kind of getting there and getting ready for competition,” she said.

“To be honest, in the beginning of the year, things were kind of slow,” he said. “We needed to find a rhythm and it took a little extra time than normal, but we’re finally getting into things. We’re starting to get cues and lines and everything down. I’m thinking it’ll be fun to watch.”

Jensen said that not only is she the new coach, but her cast and crew are a bit on the younger side, with only a handful of seniors in the nearly 30 students involved. Junior sound director Kamryn Landers said that was also one of the reasons rehearsals might have started a little slow, but she’s feeling confident in where they are at now.

“We have a lot of new members who are first years this year,” she said. “…But I feel like we’re starting to start working together as a team, and so I feel like because of that, it’s coming together a lot nicer.”

Despite it being a bunch of newer people in the play this year, both the coaches and students view the one act team as one big family every year.

Jensen said, “These are the kids that this is just kind of their family, and this is their tribe. And so, it’s kind of fun to watch them connect.”

What everyone is most looking forward to, though, is to finally competing and interacting with students from other schools once again.

“With last year being so restricted and stuff, I think they’re excited to be able to actually mingle with their fellow actors,” Jensen said. “We’re all weirdos, and it’s nice to be all in a group with our people.”

Landers said, “We do get like loads of compliments about how we are such a nice team to work with. … We have very good sportsmanship. So, we actually do get loads of compliments on that and we like working together so as this big family. We’re just a bunch of weirdos wanting to go meet other weirdos.”

The Gering Junior High hosted a Veterans Day program to honor relatives who have served in the military.

The ghosts of quizzes past (Sadie Davis and Chloe Randall) try to convince JJ to study for his upcoming quiz.

JJ (Wyatt Soule) nods off before class starts while the rest of his classmates cram for the upcoming quiz.

JJ from the past (Nayeli Barraza) pretends to have lice to get out of taking a test.