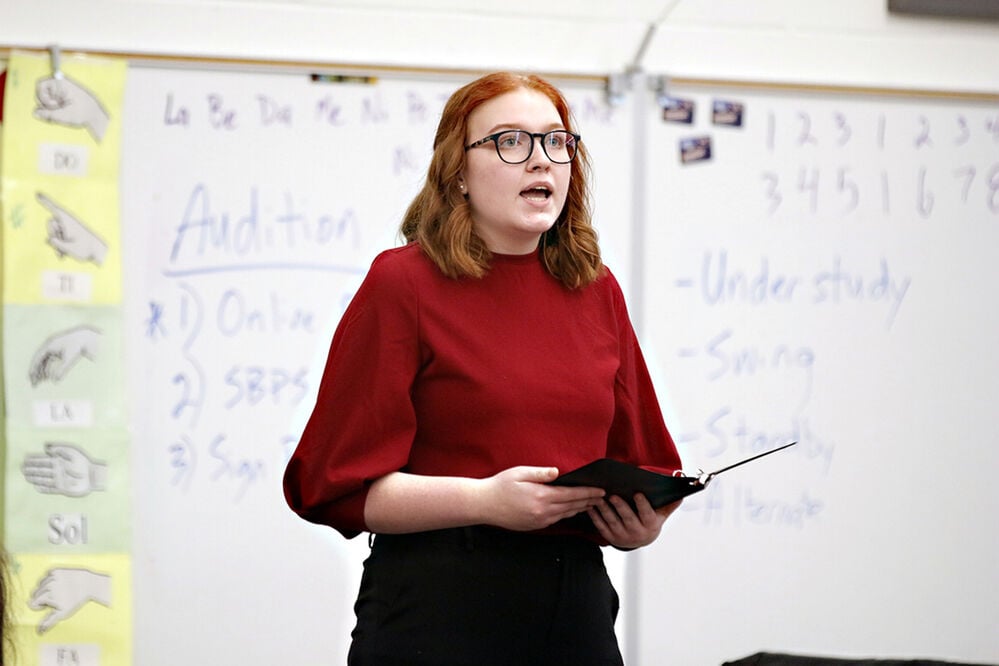 Abby Prohs introduces the characters of the performance during Oral Interpretation of Drama during Saturday's speech meet in Scottsbluff. 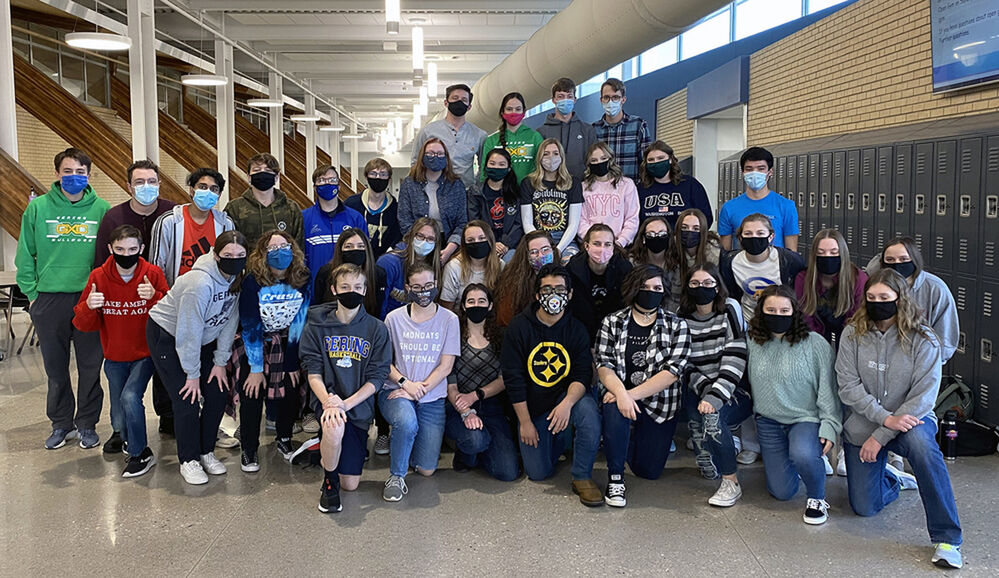 The Bulldog speech and debate team. 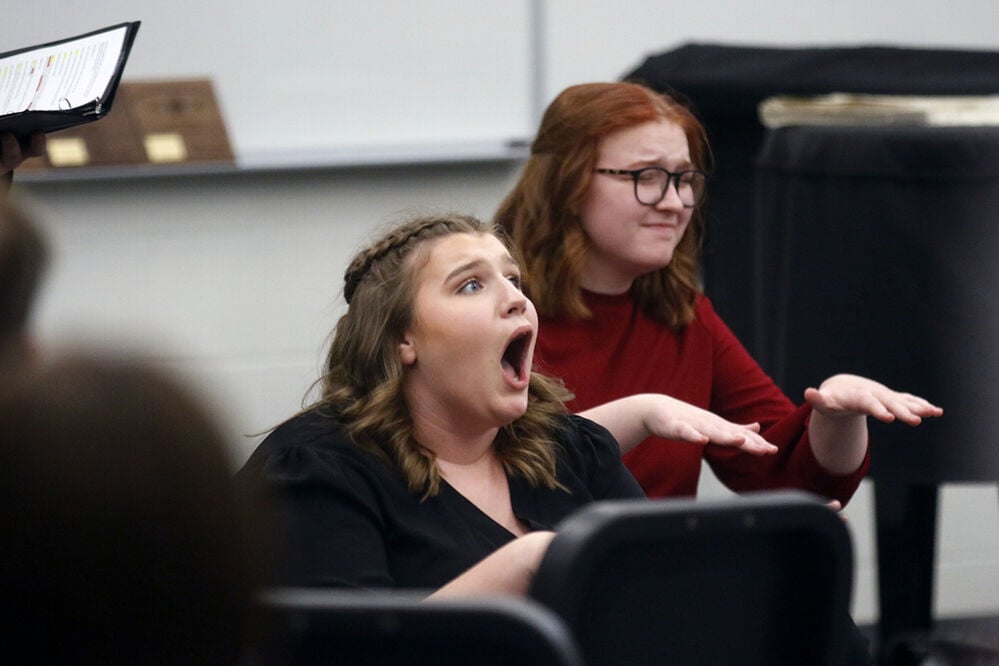 Autumn Elsen (left) and Abby Prohs perform at Scottsbluff High School on Saturday, Jan 16. Students wore masks outside the performance rooms but were allowed to take them off while performing.

With a strong showing in several categories, Gering took the team title at the Scottsbluff Speech Invite Saturday, Jan. 16.

In what has been an especially extraordinary year, Gering’s success is nothing new. Gering competitors included 14 finalists and five first place nods.

In all, Gering finished the event with 53 sweepstakes points. Scottsbluff was second with 33.

“You know, I’ve been really blessed in all the years over the course of my career to have really talented and dedicated kids with whom to work. And so that always is one of the difference makers,” said Gering High School Speech coach Tyler Thompson.

Thompson, an English teacher, has been GHS’s speech coach for 13 years. He’s also an alumnus of the program.

“I had a really great mentor. My high school coach, Mary Winn, she poured herself into me when I competed for four years in high school,” Thompson said.

Winn, who currently sits on the Gering Public Schools Board of Education, led the speech team until Thompson took it over.

“She played a huge part in the success of our program,” Thompson said. “She’s the one who built the team, set it up for success, and I’ve just been carrying on her legacy.”

Thompson said he was especially pleased that the team medaled in duet acting, where Hannah Boyd and Evan Fuller placed sixth.

“To have a duet medal right away at the start of the season, that was positive. Usually, we wait to worry about that until a lot of the individual events are in a better place,” he said.

The competition was unlike others in the past. Organizers, coaches and students created and followed a series of strict protocols to limit potential virus spread.

Organizer and Scottsbluff High School speech coach Amy Pinney said students and coaches were asked to wear masks. Students could take their masks off when performing but didn’t have to. Judges were instructed not to penalize mask-wearing students. Judges also used electronic ballots, a first for the competition.

“We just really worked to limit the traffic patterns in the building and limit the amount of exposure for everyone,” Pinney said.

In all, 13 teams competed on Saturday. Pinney said they’d planned for 14, but one school was unable to compete due to quarantines.

While the Saturday tournament was held in-person, many events in the 2021 season will be virtual. That presents students and coaches with a different set of challenges compared to the normal in-person performances.

For Thompson, competing in virtual performances comes with a lot of technology set-up. He said he prefers to steer clear of that stuff but would have to get used to the technology for upcoming tournaments.

“I think the kids this year are just so happy to get to compete, period,” he said.

SCOTTSBLUFF– Regional West recognized staff for years of service, as well as recipients of the STAR and PEARL awards for outstanding service a…

For Gering senior Colton Thompson, the best parts about speech meets are the burritos. Any time there are concessions, he’ll get a burrito and…

MARK McCARTHY: Plenty to be proud of in Gering

Geringites are a proud lot, and there is plenty to be proud of right now.

Extemporaneous speaking is a “love it” or “hate it” kind of event in speech. At least, that’s what Gering senior Trent Davis said.

As a fan of books that take place in the Nebraska Sandhills, I was excited to read “Pickard County Atlas” by Chris Harding Thornton. Written i…

Abby Prohs introduces the characters of the performance during Oral Interpretation of Drama during Saturday's speech meet in Scottsbluff.

The Bulldog speech and debate team.

Autumn Elsen (left) and Abby Prohs perform at Scottsbluff High School on Saturday, Jan 16. Students wore masks outside the performance rooms but were allowed to take them off while performing.