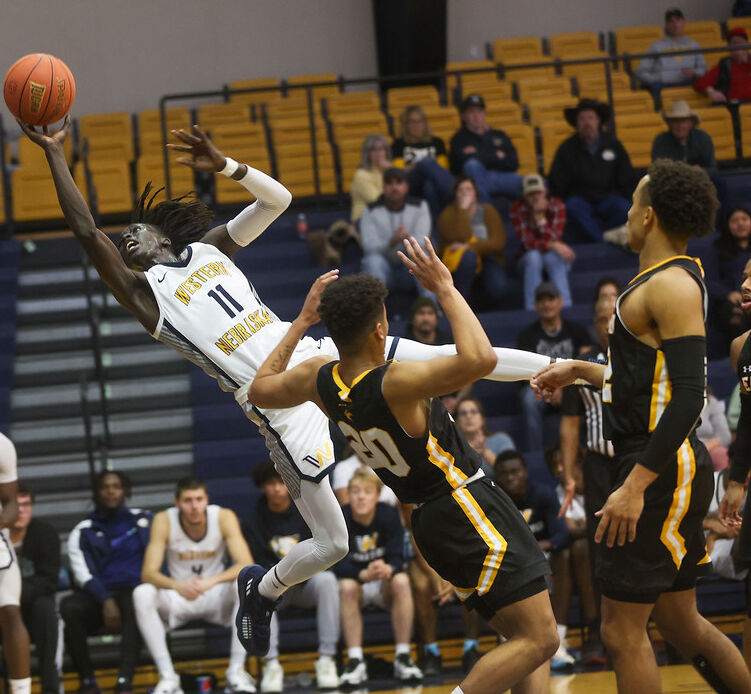 Agwa Nywesh lays out to score on a lay up against EWC on Tuesday, Nov. 16. 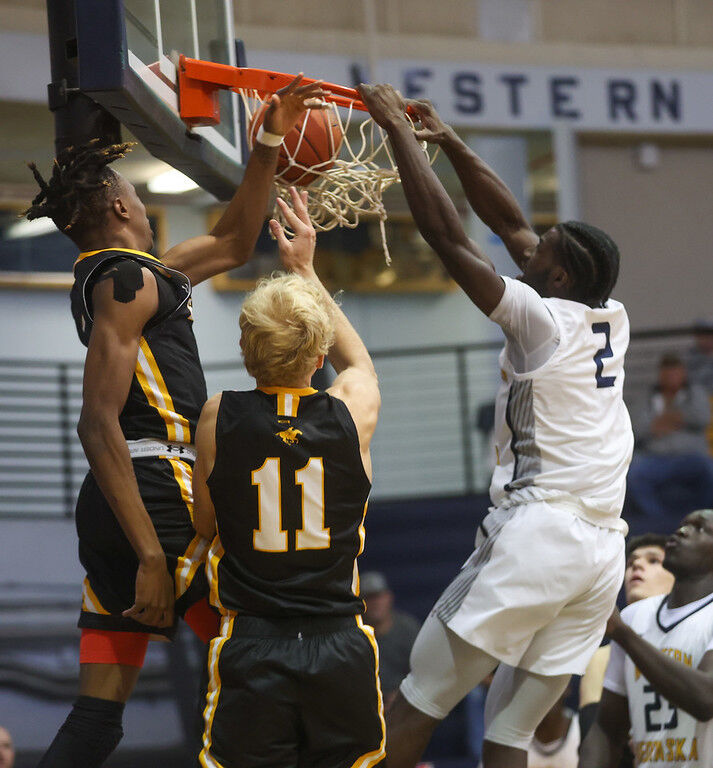 “Defensively, when they shoot 61%, it really makes it tough,” he said. “They shot 50% in the first half and 75% in the second half. Defensively, we have to get better but, man, credit to a really talented team. Their guards are really talented. Their bigs are really talented. I am really proud of our guys to really value the basketball and that has been an Achilles heel for us in not being able to take care of the ball. The other one is giving up offensive rebounds. That killed us in our first five games, but to give up four offensive rebounds to CSI is an impressive number for us.”

The second half saw WNCC cut the lead to 36-30 and later 42-37 on a Biko Johnson bucket. CSI came back to lead by 10 behind an old-fashioned 3-point play and a dunk with 13 minutes to play. CSI pushed the second half lead to 10, 47-37, but then WNCC came back to cut the deficit to 47-43 on a bucket by Rodney Sawyer and a three by Agwa Nywesh.

WNCC shot 31% from the field and 22% from behind the arc (5-of-23). Nywesh had three 3-pointers for the Cougars while Sawyer and Carter Brown each had one.

CSI won the game with their shooting. The Eagles shot 61% from the field and made just three 3-pointers.

Koang led the Cougars in scoring with 22 points on 9-of-16 shooting. He also had eight rebounds. Nywesh followed with 13 along with nine rebounds and seven steals.

Agwa Nywesh lays out to score on a lay up against EWC on Tuesday, Nov. 16.