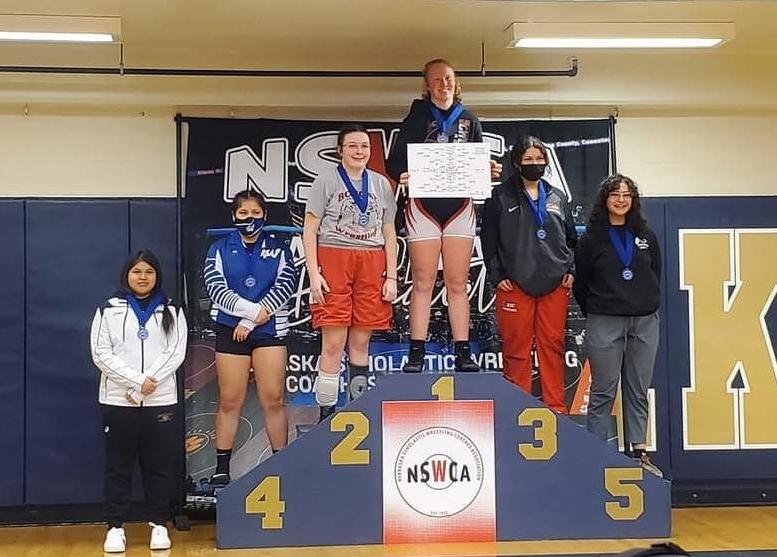 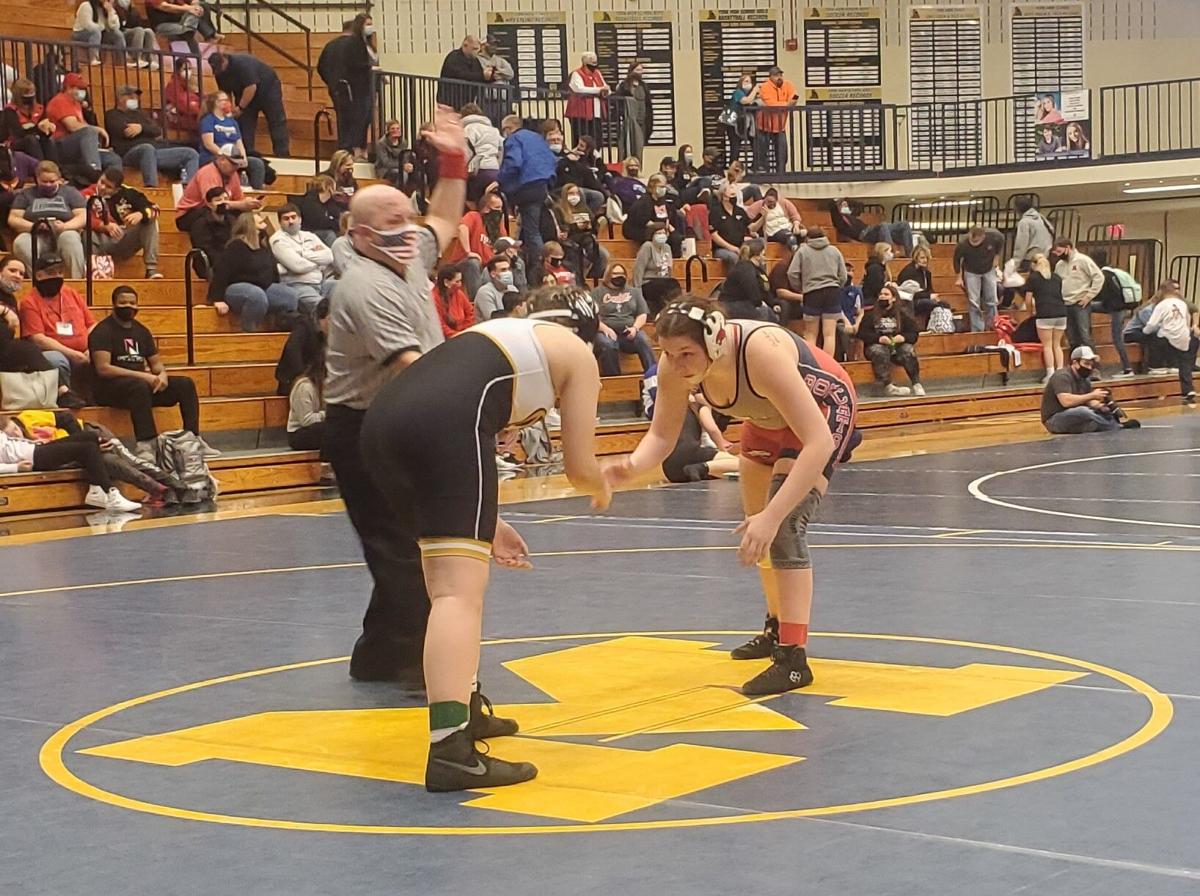 Last Friday and Saturday, January 29 and 30, Hemingford Bobcat Senior Wrestler Emma Gomez was one of 180 high school girls to compete at the Nebraska State Wrestling Coaches Association Girls state meet held in York. This is the second year the coaches association has hosted the meet due to the sport not being fully sanctioned by the Nebraska State Athletic Association last spring.

Gomez was one of fifteen girls from district 6 who competed from western Nebraska at the event.

“This year at the tournament there were 10 weight classes instead of 14 like they boys classes,” said Pete Gomez. “Emma’s weight class consisted of 13 girls in the 190 pound bracket. Her first round turned into a forfeit due to a wrestler not being at the event. Emma wrestled her first match Friday evening against a freshman from Fremont. After winning that match Emma competed against a very respectable wrestler from Winnebago. She earned the pin in the second period against this opponent to advance into the finals.”

“In the finals match the first period was scoreless,” he continued to explain. “In the second period Emma started on bottom, reversed the opponent by setting up a Peterson roll, but unfortunately was rolled while turning her opponent to her back. Emma fought off her back once, but was turned for the pin by a very decent wrestler from West Point Beemer.”

“As a coach and a parent we are very proud to say Emma is a two time Girls State Runner-up to cap off her senior year,” said Pete. “Emma is the first female wrestler to compete all four years at the high school level. Her love for the sport of wrestling has helped inspire other young ladies to consider wrestling as an option at the junior high and high school level.”

Head Bobcat Wrestling Coach, Todd Westover said, “The whole team is excited for her and what she has accomplished in her career here at Hemingford.”

A family affair at Barb’s Blossoms

For more than 30 years, Barb’s Blossoms has been a family business in Hemingford.

After 23 years working on and running a bison ranch north of Hyannis, Johnny Covey opted for a change and took a job with the Burlington North…

The Box Butte County Board of Commissioners was made aware of improper disposal of hazardous materials in the District 12 Probation office. Sp…

Raben's Market doing what they can to keep market stocked

While other municipalities in the region and across the Midwest experienced rolling blackouts during the most recent cold snap, Hemingford was…

ALLIANCE — Story Time resumes in March on Tuesdays at 10 a.m. and Thursdays at 1 p.m. for children ages 3-6 years at the Alliance Public Library.

Weather over the past few weeks hasn’t been ideal for swimming conditions. But that hasn’t stopped the village board from discussing a Splash …

Billie Miller used to tell her daughter that it’s OK to cry a little when things don’t go your way, but then you pick yourself up by the boot …