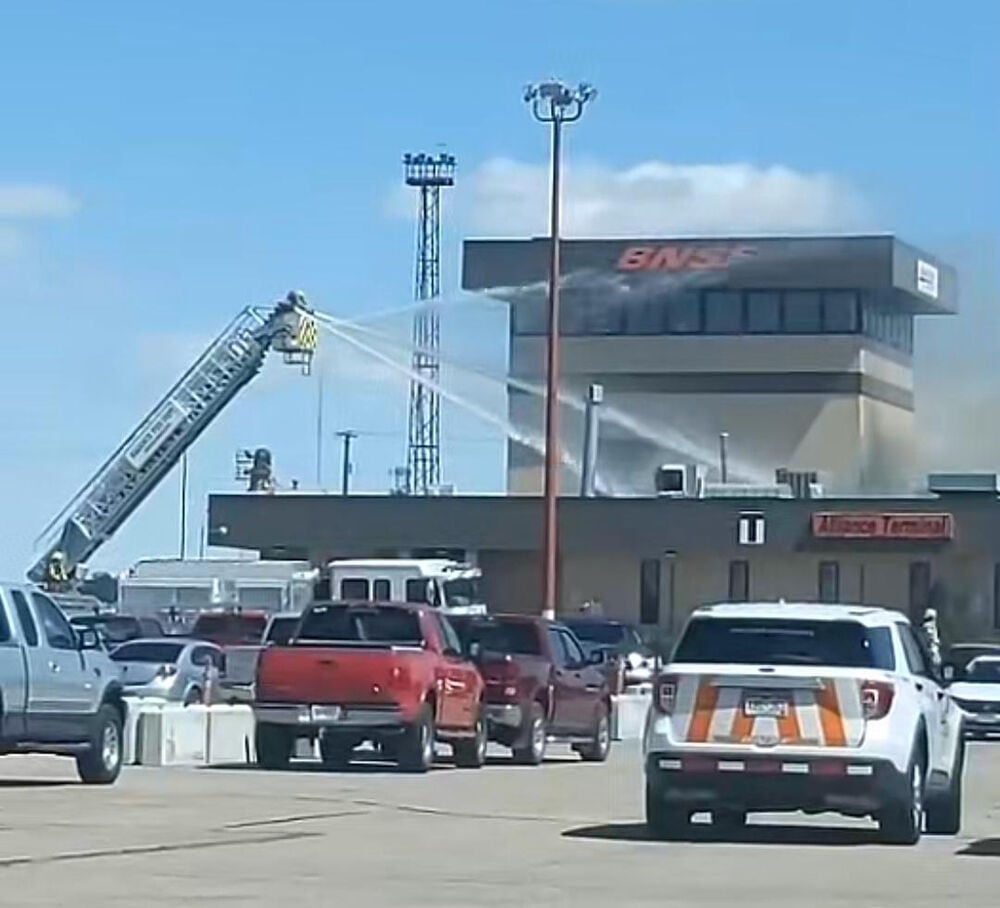 An Alliance firefighter douses the roof of the BNSF terminal building in Alliance during a Sunday fire. The fire started about 12:20 p.m. and is estimated to have caused $3 million in damages. 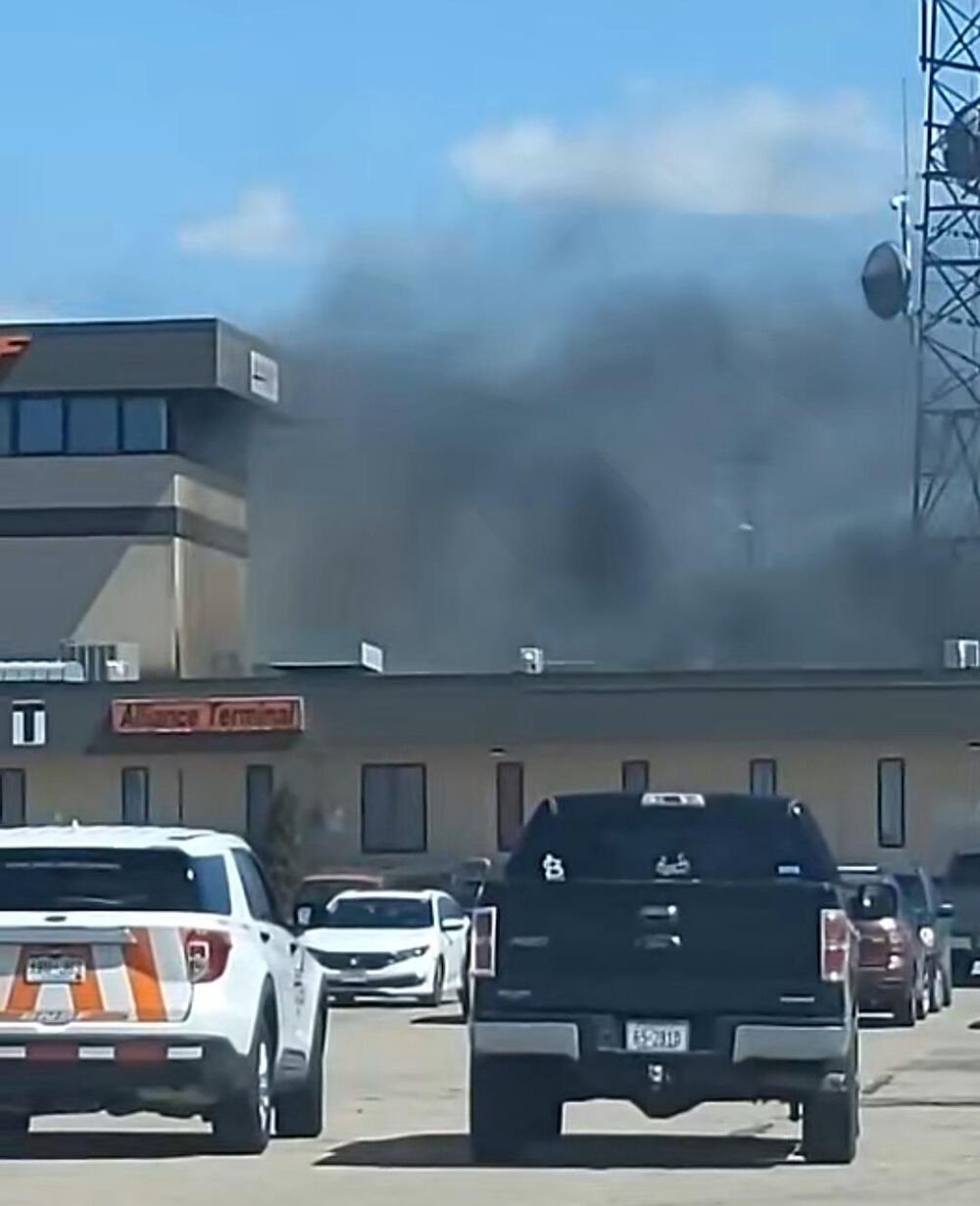 An Alliance firefighter douses the roof of the BNSF terminal building in Alliance during a Sunday fire. No one was injured in the fire, but officials estimate more than $3 million in damages were caused.

On Sunday afternoon, the Alliance Volunteer Fire Department responded to the BNSF terminal building around 12:20 p.m. Alliance Fire Chief Troy Shoemaker said that firefighters had the fire “somewhat controlled” around 3:30 and cleared the scene by 5 p.m.

Amy Casas, senior director of external communications with BNSF Railway, said, “We did have a structural fire; all our employees were safely evacuated, thankfully. The local fire department managed to extinguish the fire within a few hours. We currently have a temporary worksite set up for any employees who worked out of that building while we conduct inspections and any necessary remediation work to the facility. The cause of the fire is currently under investigation.”

Shoemaker said firefighters from his department found the blaze in between the metallic roof and a roof membrane in the area where the roof met the exterior wall of the tower structure, and worked the wind-driven exterior fire. Hemingford Volunteer Fire and Bayard Fire Department provided mutual aid.

“The fire itself occurred on the roof, however, there was significant smoke and water damage to the interior of the building,” Shoemaker said.

The total damage done to the building was estimated at $3 million.

“There’s roughly $100,000 worth of fire damage on the roof but how the fire burnt between the metal roof deck, the insulation and the rubber membrane, it created a roof drain,” he said. “So every ounce of water that we put on to extinguish the fire went into the interior. It went through the roof deck, collapsed the false ceiling, so we basically had open penetration to the inside of the building.”

Shoemaker said that in addition to damage to sheetrock, AFD officials and the deputy state fire marshal out of Ogallala estimated potential damage to sensitive electronics inside the building at perhaps $2 million. That figure would be finalized by BNSF.

He did say there were some silver linings, in that there were no injuries to either BNSF or fire personnel.

“No one was treated at the scene and we did not transport anybody,” he said.

Shoemaker said railroad officials were able to retrieve some equipment deemed important to their duties out of the Alliance facility. Terminal officials told him that some vital equipment was not touched by the water, including some of the signal and switching equipment used by staff.

The Alliance High School Class of 2021 took a “Senior Cruise” on Saturday morning. In their vehicles or vehicles they borrowed such as convert…

It’s a morning ritual, a vice; some may even call it a necessity. Nothing hits the spot like that first sip of your morning coffee. In Hemingf…

Hemingford High School Seniors walked into the school on Friday, May 7 for the last time as a student. Thursday the students took time to comp…

The Cattle Capital Cattlemen affiliate of Nebraska Cattlemen, who represents the beef industry in the Central Panhandle, annually awards schol…

Cattle branding has been a tradition for thousands of years.

It's been an unusual year for the 1057th MP Unit, based in Chadron. In the last year, Capt. Jared Baker, told the Star-Herald, the 1057th MP Unit has been called up twice for National Guard Reaction Force-type missions, or in laymen's terms, riot control.

An Alliance firefighter douses the roof of the BNSF terminal building in Alliance during a Sunday fire. The fire started about 12:20 p.m. and is estimated to have caused $3 million in damages.

An Alliance firefighter douses the roof of the BNSF terminal building in Alliance during a Sunday fire. No one was injured in the fire, but officials estimate more than $3 million in damages were caused.