Joe Roberts moved to the Panhandle three and a half years ago, looking for a place to bring his saddle-making enterprise Otter Creek Leather. His wife Erin, is from the area, and the chips fell that it was a good move for both.

“I married my wife and I promised her that I would bring her home one day,” he said. “It was about fulfilling that promise, but also expanding my shop. I’ve always wanted to do strictly cowboy gear, and this was a perfect market for cowboy country.”

Alliance has deep roots for saddle-making, with Newberry’s saddles started by Chenia Newberry in 188. The entire third floor of the general story was dedicated to custom saddle makers and bridlers into nearly the 1950s.

The store kept meticulous record of the nearly 5,000 or so saddles, keeping them in small bound journals, most of which were donated to the Knight Museum and Sandhills Center. Those journals tell more about the original owners in the area, such as their family history and horse history. There’s also Newberry, a 120-year old model horse made of wood and paper mâché, which stands at the entrance wearing one of the two crafted saddles the museum owns.

The store continues on as Bernie’s Hardware, making it the longest running shop in Alliance.

Roberts admires the history, as he collects antique saddles to refinish or just to “better understand the people who sat in them.”

Roberts, born in Columbia City, Indiana, moved around the country during his stint in the army, stationed in Missouri, Oklahoma and Fort Knox, Kentucky.

But in 2017, he set up shop in downtown Alliance — then the pandemic hit, and Roberts lost the lease. He said he enjoys “working from home” in his workspace in the basement, and also spending time with wife Erin and their kids.

“Losing the lease was the best thing that happened to me,” he said, adding that even after losing orders in the beginning of the pandemic, they bounced back, as he’s working on “saddle number 11” now.

Roberts said he started leather working as a child in Cub Scouts, and continued when he went into the Army National Guard. He was medically retired in 2000 after a traumatic brain injury. He said while he worked in trucking and other industry, his dream was to make saddles full time.

He said most of his craft was self-taught, but attended saddle school in Kentucky and finished his first saddle in 2017. He credited some of the master saddle-workers of the Panhandle: Bob Klenda in Kimball and Dennis Rose of Arthur with building his confidence in teaching and inspiration.

He said he started by restoring family heirlooms, then commissioned by word of mouth from area ranchers.

He said the customer’s need directs the saddle.

Roberts said saddle making is the pinnacle of his craft, needing proficiency in all aspects of leather work and patience to do it again and again on the same project.

“It’s a lot of a lot of repetitive things with saddle making,” he said. “For example, putting those skirts on, I’ll put those skirts on three to four times before they’re ever finished.”

Roberts said he’s fallen in love with the area, saying the community support for his business was unexpected but welcome.

“I don’t need to be known internationally, I’m trying to win our community,” he said. “I’m trying to carry on the legacy of craftsmanship.” 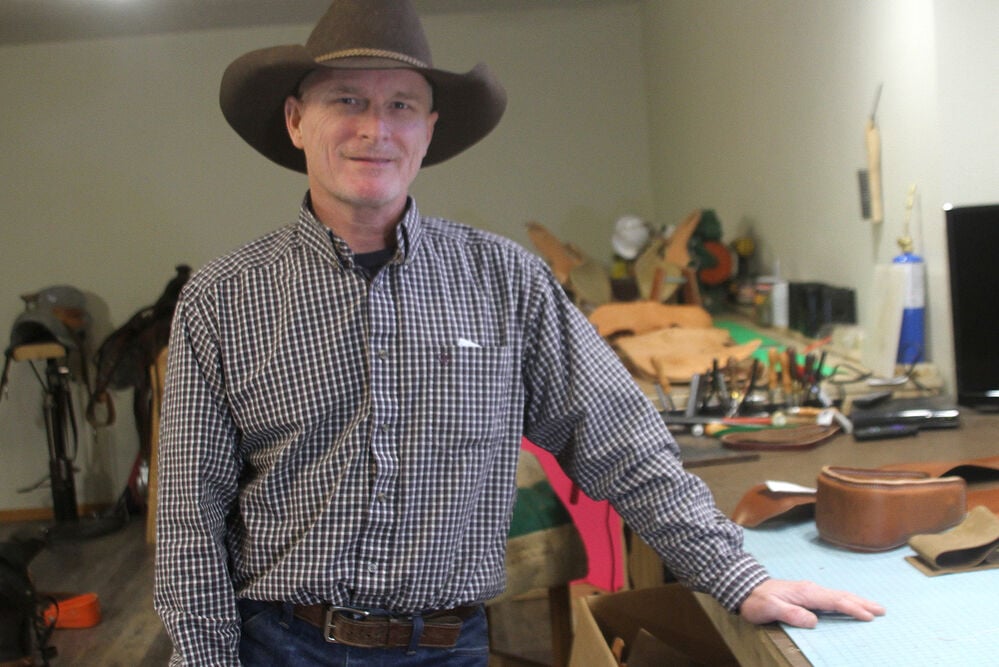 Joe Roberts pictured in his saddle making basement workshop in his Alliance home. 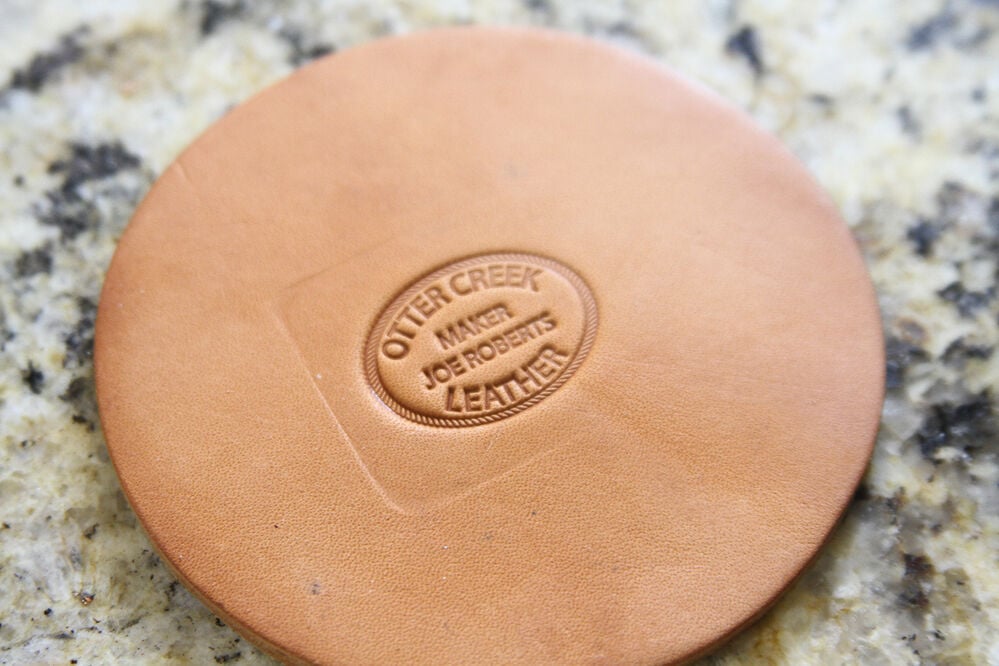 Joe Robert's makers' mark, which identifies his work, stamped into some leather scrap. 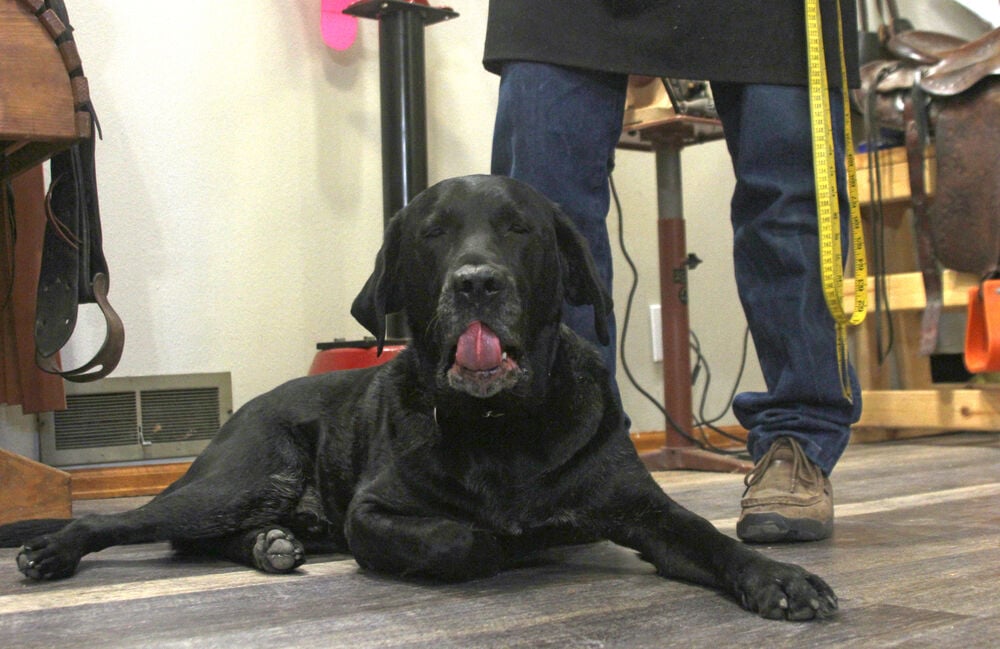 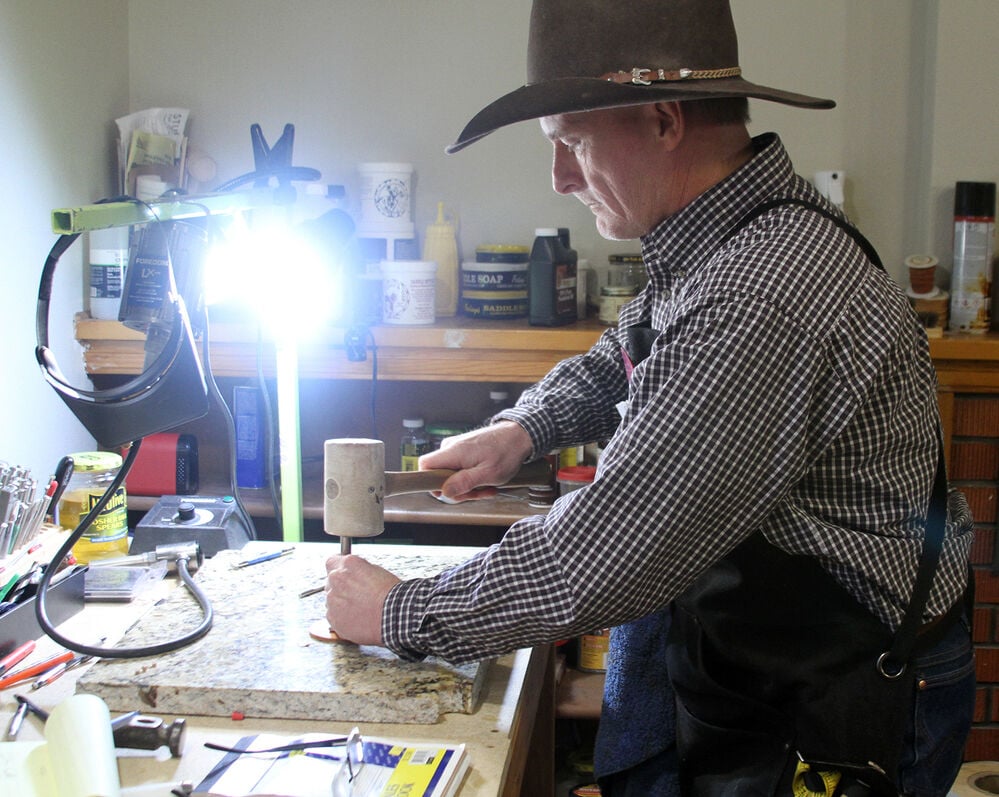 Joe Roberts at his stamping station.