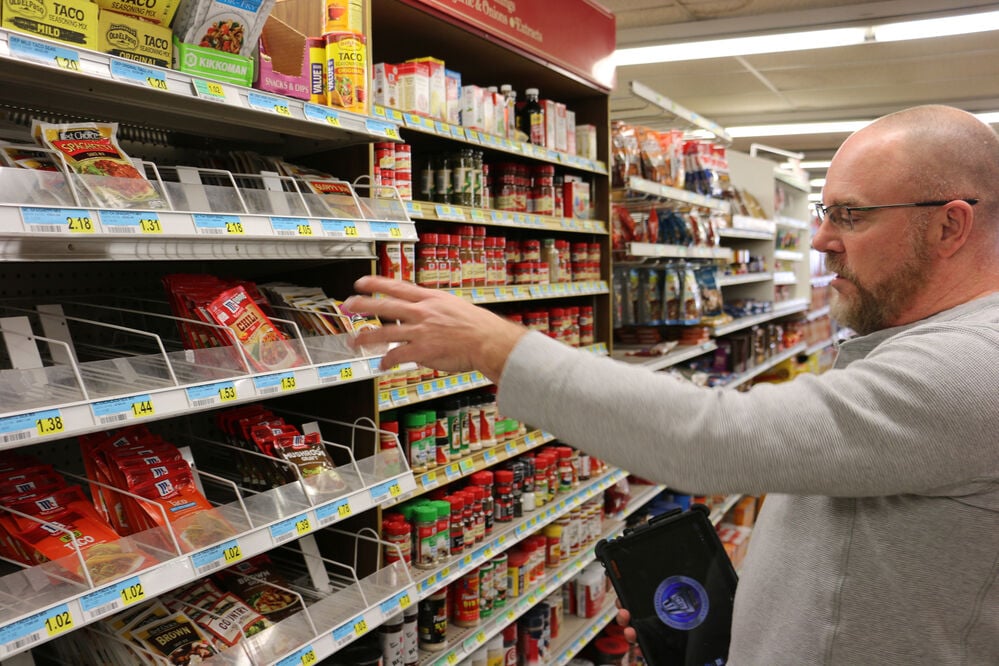 Mike Raben talks about the variety of items that have been difficult or impossible to get in stock at Raben's Market in Hemingford. Among the difficult products to get are packaged spice and gravy mixes. 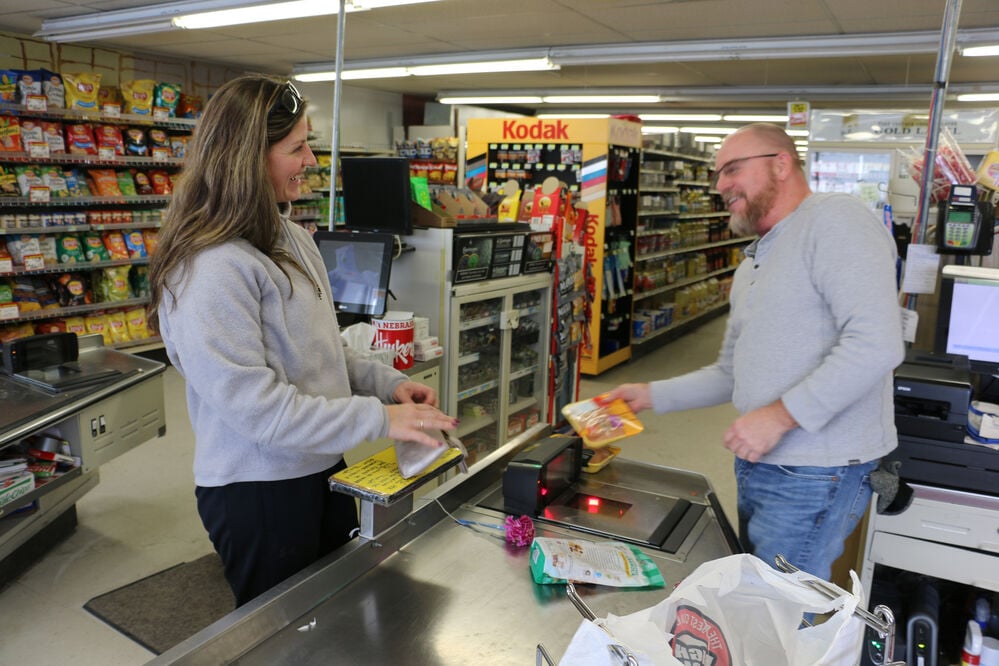 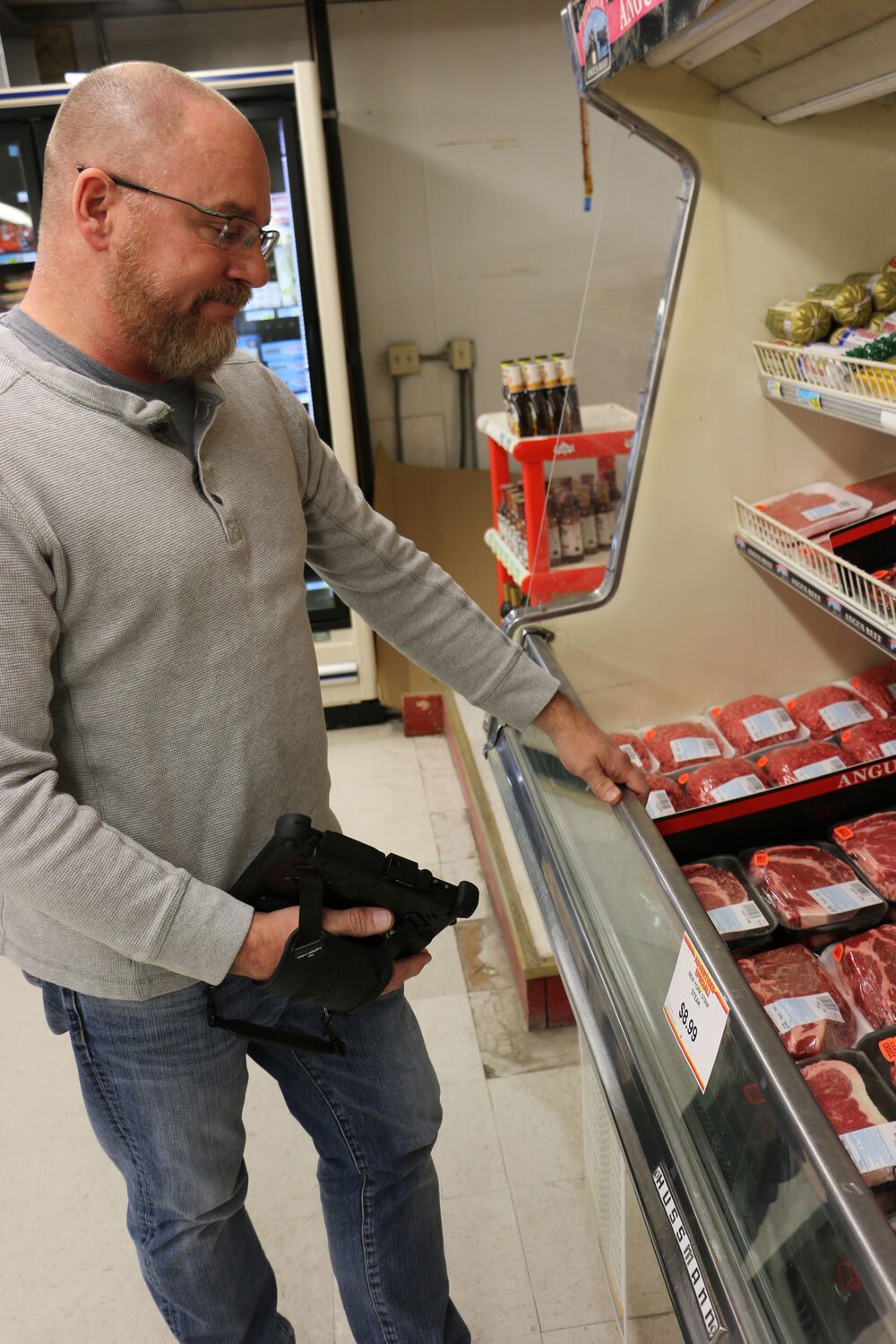 Among the items that have been in and out of supply for Raben's Market over the past year are meat selections. Owner Mike Raben has a full case now, but that hasn't always been the case.

Owner Mike Raben tells her the creamer is one of the many items that have become unexpectedly difficult to get in stock, along with such random items as chicken broth, certain spices and dry mix packets for spaghetti sauce and gravy among other things.

These are the strangest of times for Raben, who began working in the store by sweeping floors when he was in elementary school. He worked through high school under the previous owner before heading off to school in Cheyenne, then a stint in the Air Force.

He missed the small town atmosphere in Hemingford, returned to the area and went back to work in the store. Raben and his wife, Amy, bought the store in October 2002, and Mike Raben has been running the store on his own since Amy died in 2013.

When the coronavirus pandemic hit the area in March 2020, Raben said things changed in the store.

“I started to see a lot of strange faces in here I’d never seen before,” Raben said. “People trying to buy us out of some things. I thought that was interesting, so I had to defend my local hometown people who come in here every day, and I had to tell some of the out-of-town people no, and that didn’t go over too well at the time. I tried to keep our local people from running out of things, even though we still ran out of a lot of things.

“I had people from Wyoming, Colorado, South Dakota in here. Being in the middle of the Panhandle, we were one of the last people to run out of things. It just kind of went in all directions until it hit us. But it was some interesting times.”

It wasn’t just the toilet paper shortage of 2020 that brought folks to the market in Hemingford. Hamburger was another hot commodity for a time.

“This hit early in the afternoon,” Raben said. “Alliance ran out, and people started to come here from Crawford, Hay Springs. I was by myself, and I was literally packaging hamburger one package at a time right out of the grinder and handing it to people. There was a line of people. I was making them take one package at a time, and that didn’t go over well either, but I kept my locals happy.”

Raben had received a warning from the warehouse about what was coming, or rather, not coming, and had been told by people in other stores what he might expect.

“There are just people in this town who don’t ever leave or don’t have the ability to leave, and this is the only place they shop,” Raben said. “I had to make sure to take care of them. We were rationing toilet paper, selling one roll at a time per person per day. It was crazy.”

Still today, sanitary wipes are just starting to come in, but the coffee creamer, some lunchmeats, certain frozen items and “just strange random things” are in short supply or out of stock at times.

“A lot of manufacturers are streamlining, they’ve slimmed down, and they’re only producing the things that sell the most,” Raben said, pointing out that the spaghetti sauce and gravy mixes are among the items he’s had difficulty finding. “Spices are another thing. I haven’t been able to get dill weed or celery flakes. Random things come and go that I can and can’t get. It’s strange.”

Mike Raben talks about the variety of items that have been difficult or impossible to get in stock at Raben's Market in Hemingford. Among the difficult products to get are packaged spice and gravy mixes.

Among the items that have been in and out of supply for Raben's Market over the past year are meat selections. Owner Mike Raben has a full case now, but that hasn't always been the case.