Travis Krein was 13 years old when he bought his first registered cow. Not long after, he bought the Broken Arrow brand from a rancher in Van Tassel, Wyoming. That was the beginning of what would soon become a large, multi-location family operation for buying, selling, breeding and raising low maintenance cattle.

Krein grew up on a ranch between Lusk and Newcastle, Wyoming, and he never really saw himself doing anything else.

“I always knew I liked buying and selling. I always did. I mean, I would trade pencils, or I would sell anything that I thought I could make a lot of money on,” he said. “I liked doing that, and I just always knew, and maybe it was I figured I wasn’t smart enough to do anything else.”

After marrying his wife Katie, whom he met in fourth grade and began dating sophomore year in high school, they began leasing a ranch near Newcastle. As their operation grew, they began looking for more space, which took them across the state border and onto a ranch just a few miles south of Harrison.

“When you’re young and you’re starting out, you’re just trying to literally get through the month, you know, pay the bills at the end of the month,” he said. “I give my wife a lot of credit, because without her, there’s no way I could have done that. Absolutely not, she holds things together.”

While some couples might not be able to imagine working together, let alone running a business together, Krein said the two of them balance each other out and bring different strengths to the table.

“I really enjoy making deals. I really enjoy working with people. I really enjoy problem solving, bigger picture,” he said. “Katie is more hands-on. She has no problem if we need to build a mile of fence or we’re moving cattle or taking care of the yearlings. … She can do anything on any of these places that any of my guys can do for the most part.”

The two of them not only raise cattle on their ranch, they are also raising five girls, ages 9 to 17, who help out just as much as some of the farmhands on top of their involvement in activities at school. As they’ve grown up, they’ve taken interest in different aspects of the family business.

Krein said that a couple of his girls like taking care of the cattle, while the others enjoy working with horses, another smaller aspect of Broken Arrow Angus Ranch. All five of them participate in 4-H in Lusk, Wyoming, and the high schoolers do FFA at Sioux County High School in Harrison.

Krein said he foresees ag remaining in each of their futures, all the way down to 9-year-old Leah.

“Obviously, life takes you on twists and turns that you’re not expecting but … I think they’ll be on ranches at some point,” he said. “I’m not opposed to somebody coming back and working with me. That’d be great. That’s every parent’s dream. But I think it’s important that they go and they become who they’re going to become and do their own thing. … They need to build that confidence in themselves.”

While Krein has nothing against different opportunities that “town” or “city” kids have, there is one thing that living on a ranch has given his girls that many children don’t often get, and that’s experiencing life and death firsthand.

“For them to have their own cow and their calf dies, and to actually go through the process of, you know, these things happen. … How do we overcome when bad things happen?” he said.

It’s these experiences on the ranch that he hopes build his children into thoughtful, respectful, God-fearing young women. Because despite all the hard work that goes into running his business, at the end of the day, there is only one thing that is truly important for him and his family.

“We believe in salvation through Jesus Christ, and we’ve raised our kids that way, and we want to run our business that way,” he said. “An offshoot of that is then how we live our lives, and that is with honesty and integrity and values and morals. So, that’s the most important thing to us. And truly, you know, any of this that we have, it’s great, and it’s a way to make a living, but it’s not going to last forever. But our faith does.”

Learning, laughing and lots of fun

“What is our letter for the week?” Shari McClure asked her preschool class.

The internet is important in the success of Teresa Sanders' business. Fast and reliable connections with her 40 representatives and clients ac…

The Box Butte County and Alliance Police Department dispatch centers are considering combining, according to discussions during the Box Butte …

Playing 18 holes of golf can provide community members battling cancer with the financial support they need.

When she was a junior in high school playing volleyball as a Hemingford Bobcat, Brooke Long, then Brooke Foster, blew out her knee. That injur…

The Hemingford Public School Board met for their monthly meeting on Monday evening.

Hemingford Elementary students have been taking part in the Famous Nebraskans program for the last 18 years. Each year the fourth grade class …

Preparing meals for the Cats

Hungry students begin coming through the line at 7:30 a.m., but Devan Hanson and his team must arrive earlier to make sure everything is ready. 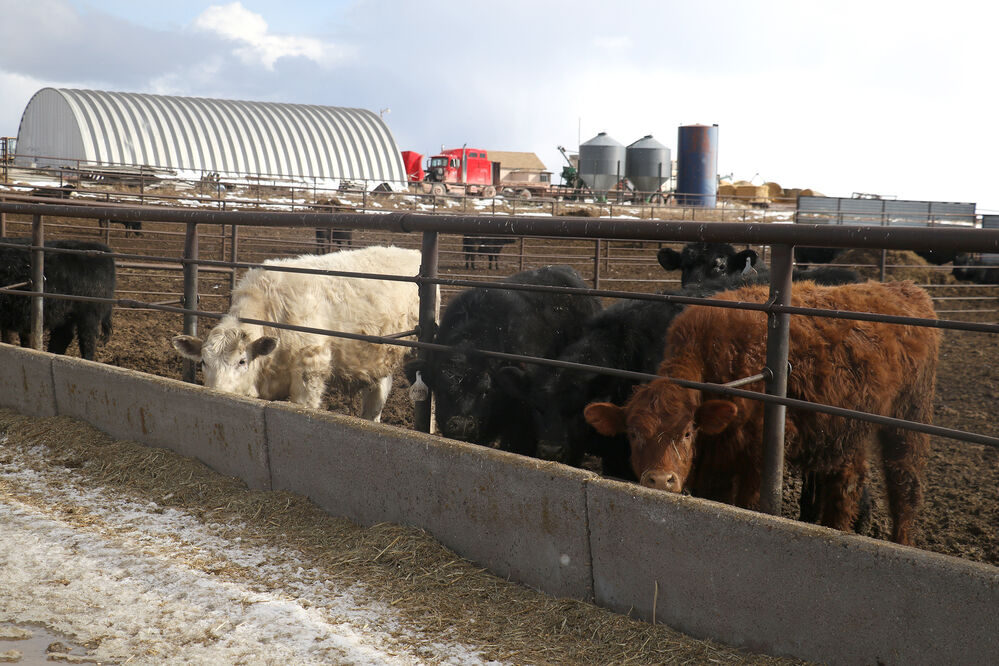 Cattle at Broken Arrow Angus Ranch just south of Harrison take time to feed. Broken Arrow Angus is in the business of buying, selling, breeding and raising cattle, specifically for longevity and efficiency for customer profitability. 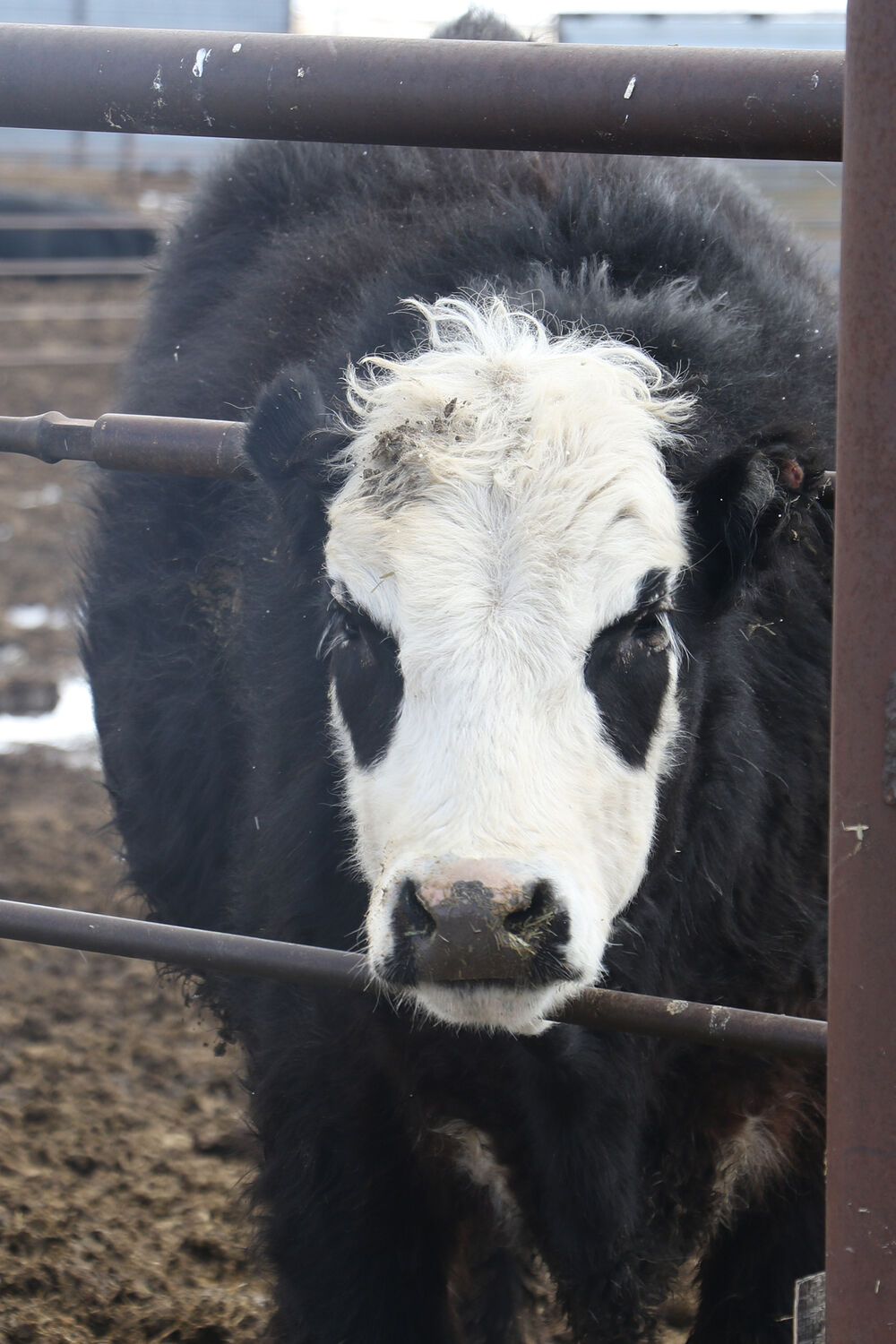 A cow at Broken Arrow Angus Ranch looks up while feeding.