Gov. Pete Ricketts made stops in Alliance and Ogallala on Tuesday, Sept. 20, for town hall meetings to discuss property taxes, plans for expanding broadband internet access and current and future projects that he says will protect and strengthen Nebraska’s water resources.

“High taxes are like weeds, they choke out growth,” Ricketts said. “The No. 1 issue that people talk about when I started running for governor nine years ago was property taxes.”

Ricketts discussed how the state can fund new projects and provide some tax relief to Nebraskans. He also urged property owners to apply for Nebraska’s income tax credit based on their school property taxes if they didn’t last year.

Ricketts touted the state as having a “more balanced approach” during the COVID-19 pandemic that set Nebraska up for strong economic growth. He also pointed to the state’s unemployment rate, which is the third lowest in the country.

According to Ricketts, the state ended its fiscal year with revenues coming in $1.47 billion ahead of forecast. Since he took office, he said, the state’s reserve fund has grown from $400 million to nearly $1.7 billion, “the most we’ve ever had in our state system.”

He said people can file retroactively to receive the property tax credit.

“No matter the distance Nebraskans live from a city, they should have access to the digital tools they need to live, learn and do business,” Ricketts said, saying that a 2018 evaluation showed significant gaps in basic broadband access in areas of the state.

“We started working on what we could do to bridge that gap,” he said. “This is like rural electrification or rural telephone back in the 1930s — we have to have it. It’s a basic part of what we do as far as our society. So the state has to help make sure that we can get every Nebraska household connected.”

In 2020, the state used $30 million of federal CARES Act pandemic relief funds to connect 17,600 households across Nebraska. In 2021, the Legislature passed the Rural Broadband Bridge Act was passed and dedicated $40 million to connect 30,000 more households.

“Specifically, here in Box Butte County, Mobius (Communications) has gotten about $1 million from that grant funding to be able to connect some of those households and I think they have about $2.3 million pending in grant applications,” Ricketts said.

Ricketts also highlighted water issues, noting the state’s heavy dependence on agriculture. One in four jobs in the state is tied to agriculture, he said.

“We are also the largest irrigated state with 9 million acres. Three of every eight of our farmland acres is irrigated. So we are heavily dependent on making sure that we use our water effectively, and we have done a great job on that here in Nebraska.”

Nebraska’s position on the largest underground aquifer in the world — the Ogallala Aquifer — is important. He said Nebraska has done a good job of managing the aquifer, saying that its levels are within 1 foot of those in the 1950s. However, Ricketts argued that Colorado “basically mines” its aquifer and that it is 15 feet down from 1950s levels.

Ricketts pointed to the Perkins County Canal project, which he said is among projects designed to “conserve our water and manage it in a way that we’ll have it for future generations.”

The project dates back to a canal that was begun over 100 years ago to take water from the South Platte River in Colorado and connect it to Nebraska’s reservoir system. “One hundred years ago there was a lot of fighting over that water in the South Platte, so Nebraska and Colorado signed a compact in 1923 that was approved up by the Colorado Legislature, our Legislature and the U.S. Congress.”

“The state of Nebraska has never taken that opportunity to build a canal,” he said. “We actually have eminent domain and authority to build that canal in Colorado, but we’ve never done it, until now.”

Citing Colorado action to study its water needs, its growth and purchasing of water rights, Ricketts said efforts by Colorado could limit the flow of water from the South Platte River by as much as 90%.

“That’s Colorado’s intention,” he said. “In HB16-1256, they clearly say that they are going to give us no more water than is legally required and their legal requirement right now is just the 120 cubic feet per second.”

Ricketts has asked the Nebraska Legislature for $500 million to build a new canal.

“The Legislature has given us $53.5 million to be able to start working on design work, getting options on land in Colorado, and also starting the permitting process. This is a long-term project that will take about 10 years to build, but it’s the only way that we can ensure that Colorado will give us the land that we are entitled. We have to build a reservoir so when they deliver that 500 cubic feet per second during the off season, we can manage it so on years like this year, where it is abnormally dry across the state, we would be able to let it out of this reservoir at our time.”

Ricketts pointed to a current picture of dry beds of the South Platte River near Roscoe as evidence that Colorado is not meeting its obligation for releasing water to Nebraska.

If the South Platte River does not have any water, then the state is more reliant on the North Platte River, he said, which means that everybody in the Panhandle gets cut back.

Ricketts said, “We have the money to pay for this, we know Colorado is trying to take the water and we have a drought — so all of these things are coming together at the right time to say, ‘This is the right time and we have to deal with this.’”

The family unit plays a crucial role in shaping a child’s life. A loving home is a tremendous blessing – it’s easy for many of us to take that…

Preliminary Nebraska deer check-in numbers indicate 2022 statewide harvest is down 9% compared to 2021 for the November firearm season. During…

Public safety has rightfully been on the minds of Americans across the country. Violent crime rates remain high. So far this year, nearly 300 …

The holiday season is in full swing in the valley, and this weekend features a variety of community events for the whole family to enjoy. The …

Hemingford Ledger briefs for the week of December 1

Weekly Briefs for the Hemingford Ledger. If you have an event that you would like added please let us know.

Remember when getting home and everyone being together for the holidays. We many times were lucky enough to travel to Iowa City, Iowa. Where m…

What’s Cookin’ in the Bobcat Kitchen

What’s Cookin’ in the Bobcat Kitchen

Out Of Town Visitors

Quarter till three, time to back in the pickups at the Keep Alliance Beautiful Recycling Center. Stepping out the door, I see someone who need… 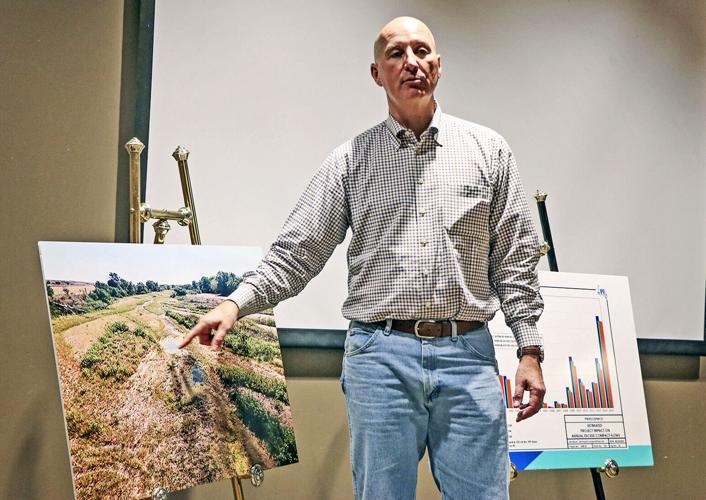 Gov. Pete Ricketts points to the empty South Platte River near Roscoe as he speaks about water issues during a town hall in Alliance Tuesday. 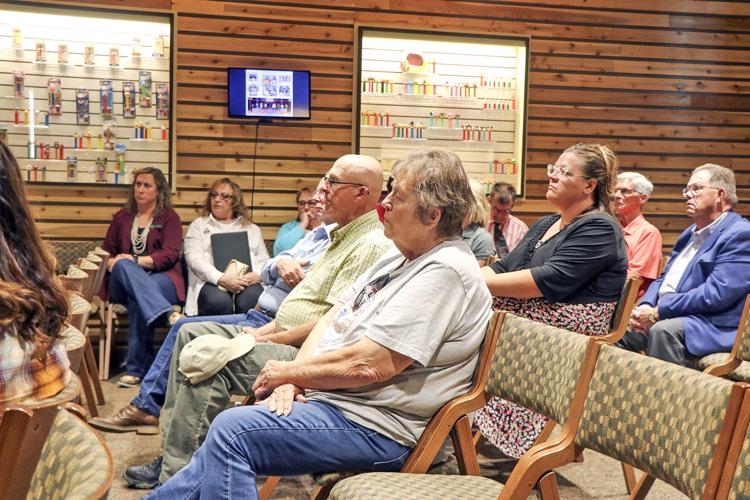 A crowd of nearly 30 gathered at the Knight Museum and Sandhills Center in Alliance to listen to a town hall discussion lead by Neb. Gov. Pete Ricketts concerning property taxes, broadband internet and projects to protect water resources. 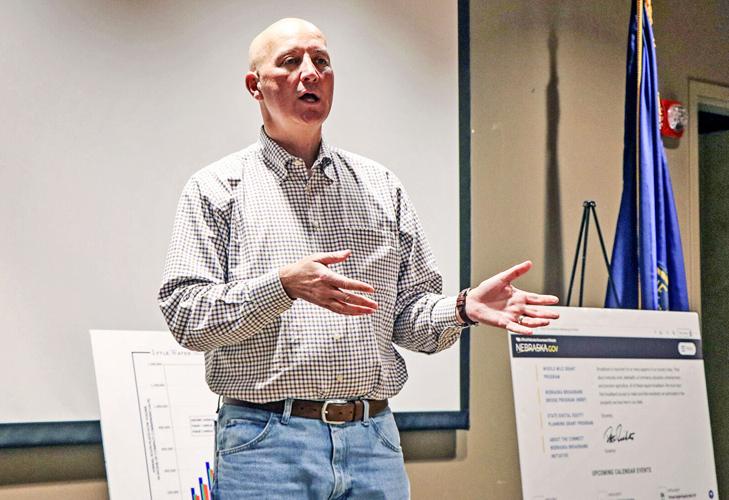 Gov. Pete Ricketts during the town hall meeting at the Knight Museum and Sandhills Center in Alliance.