The actress famous for portraying Thelma Lou on "The Andy Griffith Show” has died.

Betty Lynn, 95, the TV, radio and movie star who performed for American soldiers in war zones in Southeast Asia during WWII, died Saturday after a brief illness.

“Betty’s performances as Thelma Lou and in other roles will continue to entertain generations of appreciative audiences. More than that, all who ever encountered Betty are forever grateful to have known such a truly beautiful soul,” the Andy Griffith Museum announced on its Facebook page.

Lynn played Barney Fife’s girlfriend, Thelma Lou, on the show for 26 episodes between 1961 and 1966.

“Of Griffith actors still living at the time of Betty’s death, only Ron Howard appeared in more episodes of the series than Betty,” the museum said.

The Missouri native began studying dance at age 5 and was performing by the age of 14 on local radio shows, where she was discovered by scouts for the United Service Organizations.

“She and guitarist Tommy Decker began their overseas tour with stops in Casablanca and then Iran before eventually making their way to the war’s China-Burma-India Theater, where they visited and performed for servicemen throughout much of the war zone, but with their primary mission being to console and entertain wounded servicemen at military hospitals,” the museum said.

Lynn was honored after the war with a special commendation from the U.S. War Department and as an Honorary Colonel in the American Legion.

After the war, Lynn moved to New York City and later Hollywood to pursue an acting career. She performed in roles with Twentieth Century-Fox, RKO, MGM and Universal. Her film performances included “Cheaper by the Dozen,” “Many Rivers to Cross” and “Behind the High Wall.”

She also acted in television shows like the comedy “Where’s Raymond,” “Peg O’ My Heart” and many others.

“Betty was a fixture in television Westerns during the 1950s and 1960s. A partial roundup includes episodes of “Bronco,” “Wagon Train,” “Cheyenne,” “Tales of Wells Fargo” and “Sugarfoot,” as well as being co-star for two seasons of “Disney Presents: Texas John Slaughter with Tom Tryon,”” the museum wrote.

In the 1990s she joined "Andy Griffith" cast reunion events and festivals around the country.

“The fans are so sweet,” Betty said. “I really love meeting them and having the chance to visit a little bit. They come from all over the country. It’s so touching that they still remember my movies and love The Andy Griffith Show like they do. And especially for the Griffith show, there are lots of young children who are fans, too. So, I think the show’s popularity is carrying on through the new generations. That makes me happy.”

She died peacefully on Saturday, the museum reported.

A private burial service will be held in Culver City, California.

“It is with an extremely heavy heart that we announce the passing of Betty Lynn. Thank you to all for your prayers, cards and love,” the museum wrote.

“Betty will be dearly missed by all of us. We love you, Betty.”

Receive the latest in local entertainment news in your inbox weekly!

Nominations for the 2022 Grammy Awards were announced Tuesday. Here's a list of nominees in top categories.

Dwayne "The Rock" Johnson recently created an unforgettable moment for one special, and deserving, fan.

From cultural icons to animated heroes, here are all the new balloons joining the lineup in 2021.

Two documentaries, "Black and Missing" and "Murdered and Missing in Montana," break the true-crime mold and instead highlight cases of Black and Indigenous women who've gone missing.

This Thanksgiving weekend is offering a box office feast with two genres that have been lacking on the menu so far this year: family movies and non-franchise films aimed at adults.

Winners, highlights and photos from the 2021 American Music Awards

BTS, Olivia Rodrigo and Taylor Swift were among Sunday night's big winners. Here's everything you need to know about the 2021 AMAs.

An appreciation: Perfectionist. Genius. Icon. That was Stephen Sondheim

The theatrical giant, who died Friday at 91, was as complex as his lyrics, dogmatic in his rules and not generous with praise about his work.

Elizabeth Waterman was desperate. In setting out to photograph exotic dancers for "Moneygame," her book depicting strippers from a respectful, humanizing and refreshingly female perspective, the fine art photographer never anticipated how many clubs, dancers and publishers would say no. So she started bringing doughnuts for the bouncers; she won over dancers by helping them gather dollar bills ...

Who got into the Rock Hall of Fame? Here's a rundown

Artists are not eligible for induction to the Rock Hall of Fame until 25 years after release of their first recording. Lively debates break out every year over omissions. See who got the honor for this year.

The secrets to winning the Great Christmas Light Fight

When contestants discover they’ve won “The Great Christmas Light Fight,” they’re not pining to see that “bag of money,” as host Carter Oosterhouse puts it. “They want the trophy.” 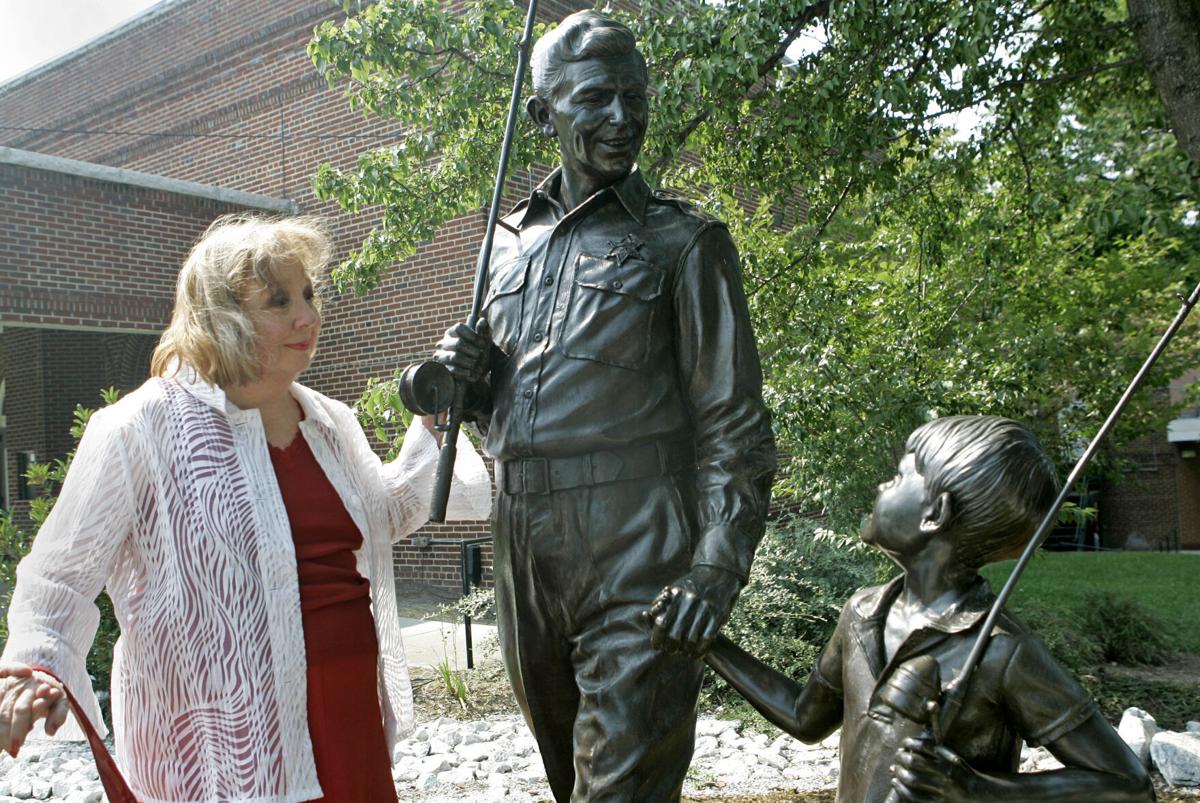 Betty Lynn, who played Thelma Lou on "The Andy Griffith Show," pauses at a statue of Andy and Opie Taylor in Mount Airy, N.C., on Sept. 6, 2007. 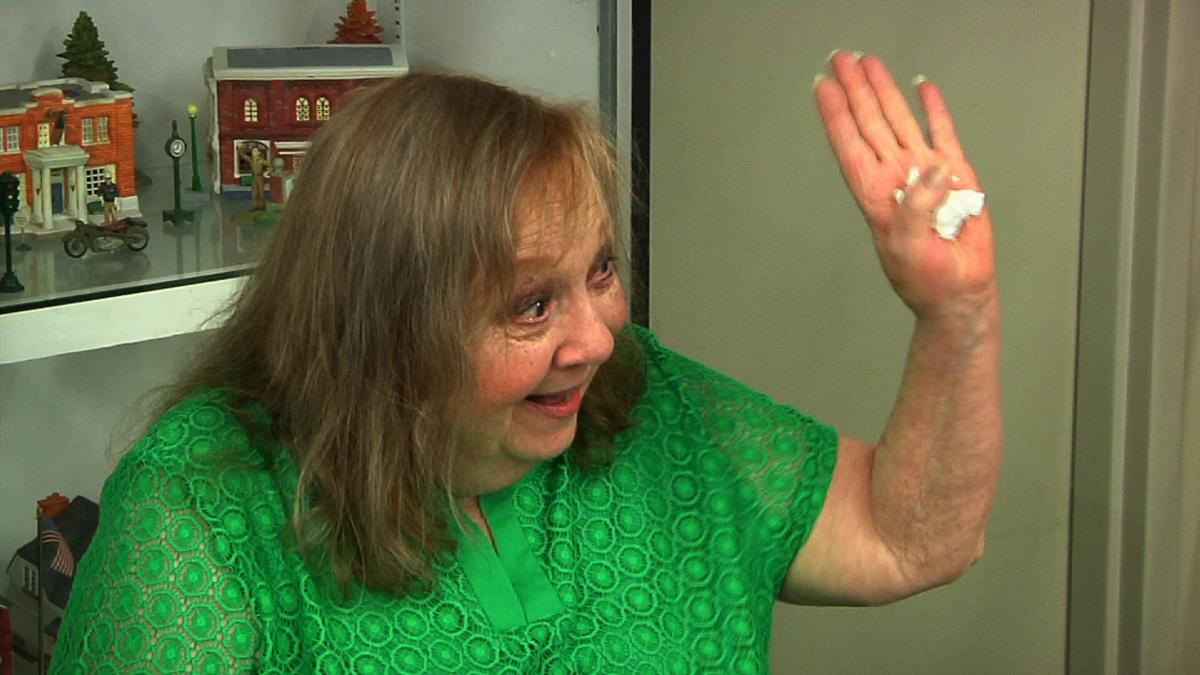 In this July 17, 2015, photo, actress Betty Lynn waves to the line of fans waiting for her autograph at the Andy Griffith Museum in Mount Airy, N.C.