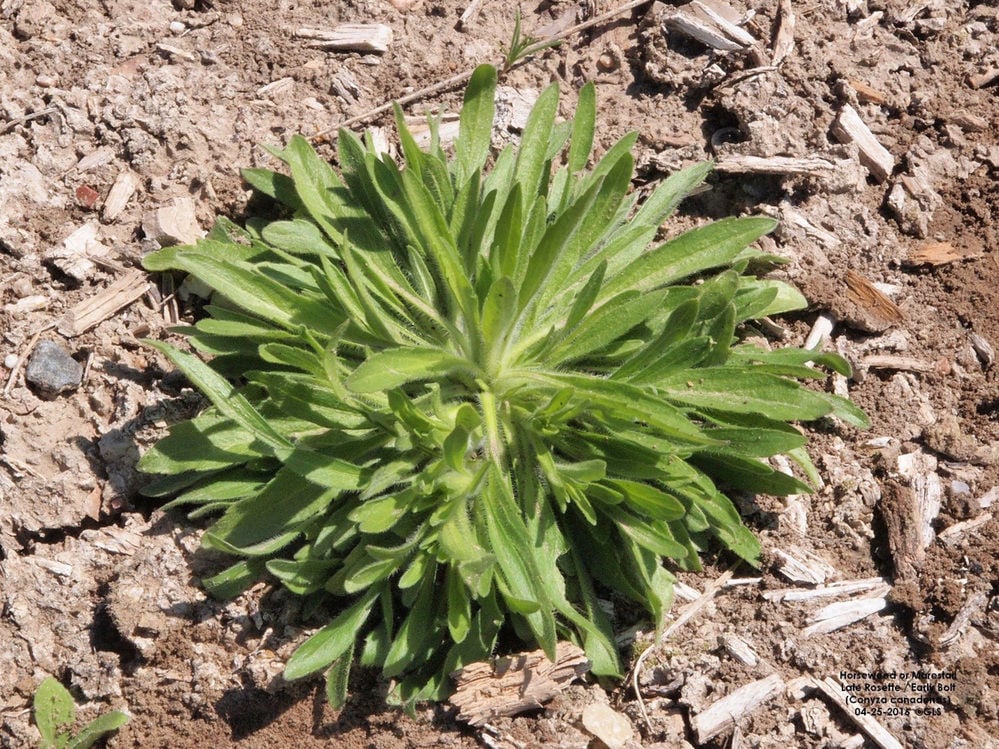 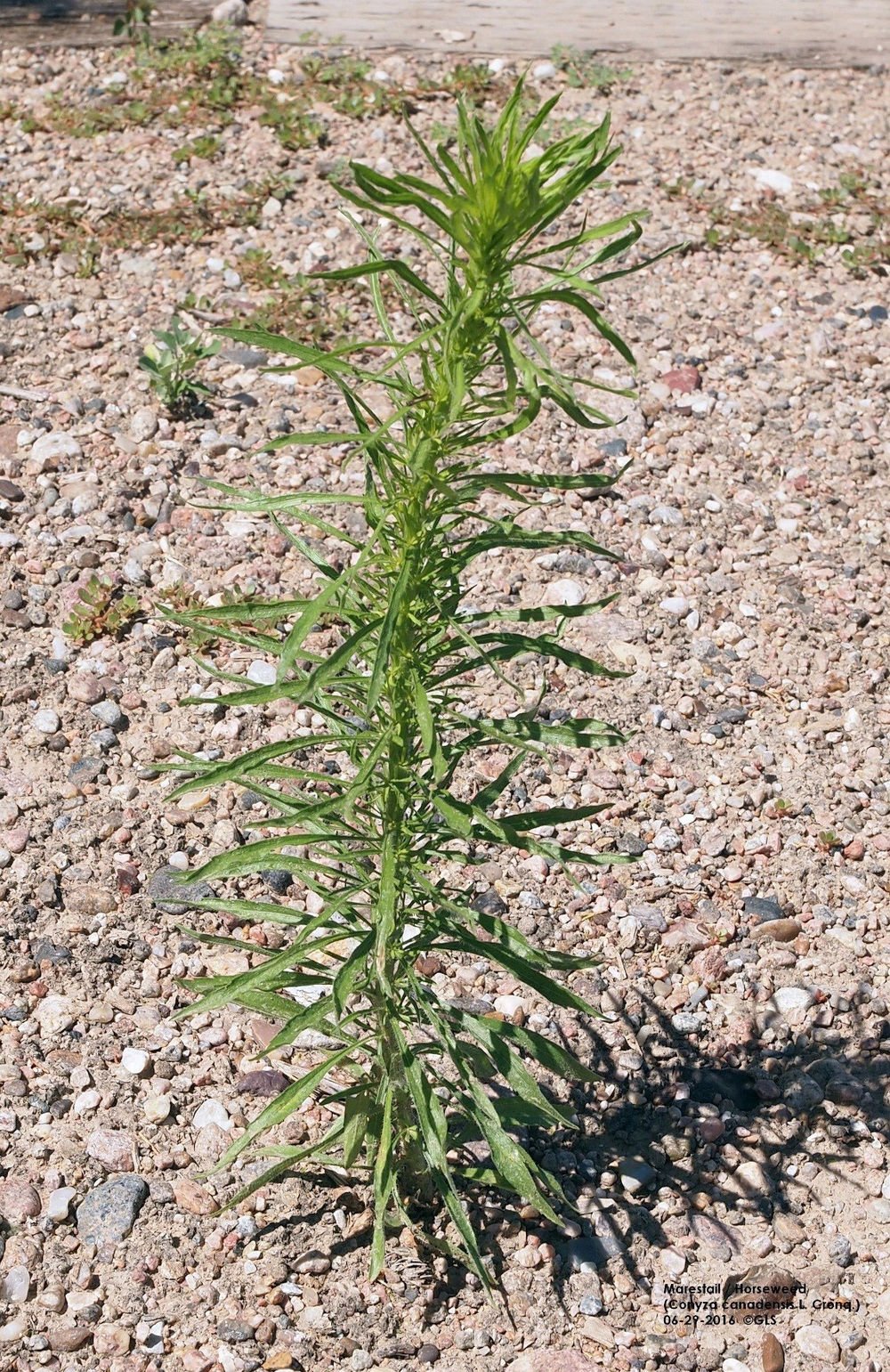 Marestail (Conyza canadensis), also known as horseweed, is a native annual forb that has become more common in range and pastures in the last several years. In the past, marestail was commonly found in low densities in disturbed areas such as cultivated fields, overgrazed areas and grasslands. Widely considered to be cyclical, increasing and decreasing annually based on precipitation, marestail has seemingly become more abundant in grasslands following the 2012 drought, likely a result of ample spring precipitation increasing seed germination, particularly in rangelands and pastures bordering large seed sources such as cultivated fields and CRP acres. The cyclical conditions controlling marestail abundance are not fully understood, although precipitation patterns and soil type appear to be key factors.

Marestail grows to a height of 1 to 6.5 feet, but is usually 1.5 to 3 feet tall. A taproot supports the single, upright stem that is often covered with stiff hairs. The stem is unbranched, although flowers branch off at the top of the plant. Leaves are crowded, but with only one leaf at each node attaching directly to the stem or with a short stalk. Blades are long (1-4 inch) and rather narrow (1/16-3/8 inches), often hairy and undivided, tapering at both ends with the broadest portion near the tip of the leaf. Leaf edges are smooth early and smooth or toothed later in maturity.

Marestail typically flowers in late summer with numerous white to pinkish small flowers, 1/8 inch to 1/4 inch across, arranged in clusters branched off of the stem. As an annual, marestail reproduces solely by seed, with larger plants producing up to 230,000 seeds each that are typically viable in the soil for two to three years.

Although marestail has little to no forage value for cattle, sheep and goats have been reported to graze it. Marestail has been known to cause skin and mucosal irritation in humans and livestock, especially horses. Marestail also contains chemicals that can prevent germination and growth of several other plant species.

Invasive plants are opportunistic, taking advantage disturbances such as drought or overgrazing. Proper grazing management is a long-term strategy to reduce invasive plants from establishing by focusing on moderate stocking rates, avoiding multiple grazing events on individual plants during the same growing season, and providing rest and full recovery to the plants prior to being grazed for a second time. Proper grazing management builds grassland resilience and provides the best opportunity for desirable species to outcompete invasive plants.