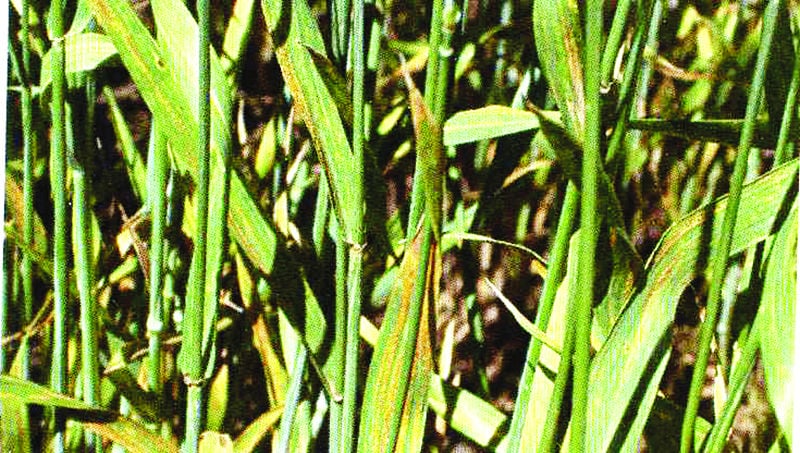 Stripe rust causes yellow, blister-like lesions that are arranged in stripes. It is most common on leaves, but head tissue also can develop symptoms. 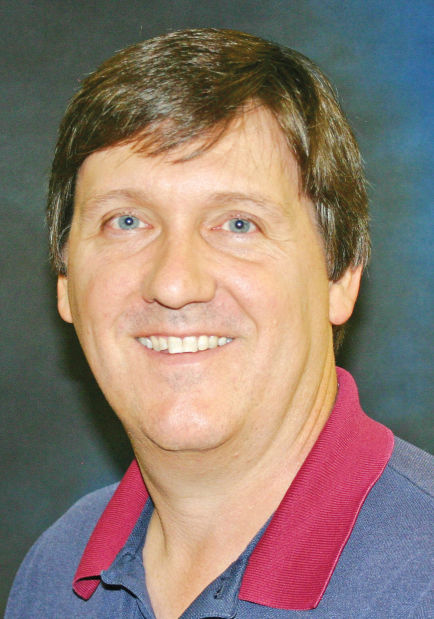 Wheat in Nebraska can be affected by three primary rust diseases — stem, leaf and stripe rust. All share some fundamental characteristics, including being favored by wet, humid conditions. They also normally arrive in Nebraska from the south on wind currents that move up through the Great Plains in the spring. They are not thought to regularly overwinter in this area, although it has been documented on occasion from Kansas after a mild winter. We rarely see stem rust due to the disease resistance incorporated into most varieties used in this area. However, both leaf rust and stripe rust have been the primary culprits causing problems over the last few years, with stripe being more predominant.

We have received many samples this season in the plant pathology lab, and phone calls on the appearance of yellowing in wheat fields, which has understandably caused a great deal of concern. The prolonged cool and wet conditions this season played a fundamental role in the appearance of several foliar diseases in wheat crops in this region, favoring both tan spot and stripe rust. The most notable among these is stripe rust. As a result, the disease has been identified occurring commonly and widespread throughout the region.

One of the common symptoms of stripe rust is yellowing of leaves. The pathogen reproduces in the plant by forming yellow pustules of spores that form parallel stripes between leaf veins on originally green, healthy leaves. Several days to a week or longer after stripes appear on a leaf, yellowing of the leaf begins due to destruction of chlorophyll, the pigment that gives the leaf its green color. At this point the overall appearance of this disease from a distance would appear more yellow. Due to rain or wind, the pustules may be washed or blown off the leaf, leaving necrotic lesions that are parallel to the leaf veins.

At this point in the 2015 season little can be done to correct this issue. Deciding to spray a fungicide is one of the most difficult decisions that face growers in the Central High Plains. It depends upon a number of factors and there is no one magic formula or guide that can assist in the final judgement call.

This decision should be based on scouting and identifying the disease. If located, other factors include the resistance level in the variety, how widespread it is within a field, where on the plant it has progressed, crop growth stage, and a 10-14 day forecast of predicted weather conditions. If hot dry weather is predicted, it is unlikely that stripe rust will develop to damaging levels in dry-land fields and therefore there will be little or no benefit from applying a fungicide to control the disease.

Irrigated fields are at a higher risk for stripe rust development due to the presence of more moisture. If stripe rust is detected in an irrigated field, the grower should consider applying a fungicide to protect the flag leaf. Any symptoms development on foliage is the result of an infection that occurred approximately two previously. Thus when the disease is visible, the damage was initiated some time before. Research has shown that no yield reductions occur in the absence of flag leaf infections.

However few fungicides are labeled for application after flowering and seed fill. It would likely do no good anyway. If disease occurs after this period, little yield reductions will be experienced.

On last thing of keep in mind: before applying any fungicide, read and follow label instructions and restrictions. This is particularly true with late season applications, as some fungicides may be applied legally at later growth stage than others. Yields of entire fields have been rejected at the elevators when fungicides had been applied in a manner out of compliance with the label.

Stripe rust causes yellow, blister-like lesions that are arranged in stripes. It is most common on leaves, but head tissue also can develop symptoms.