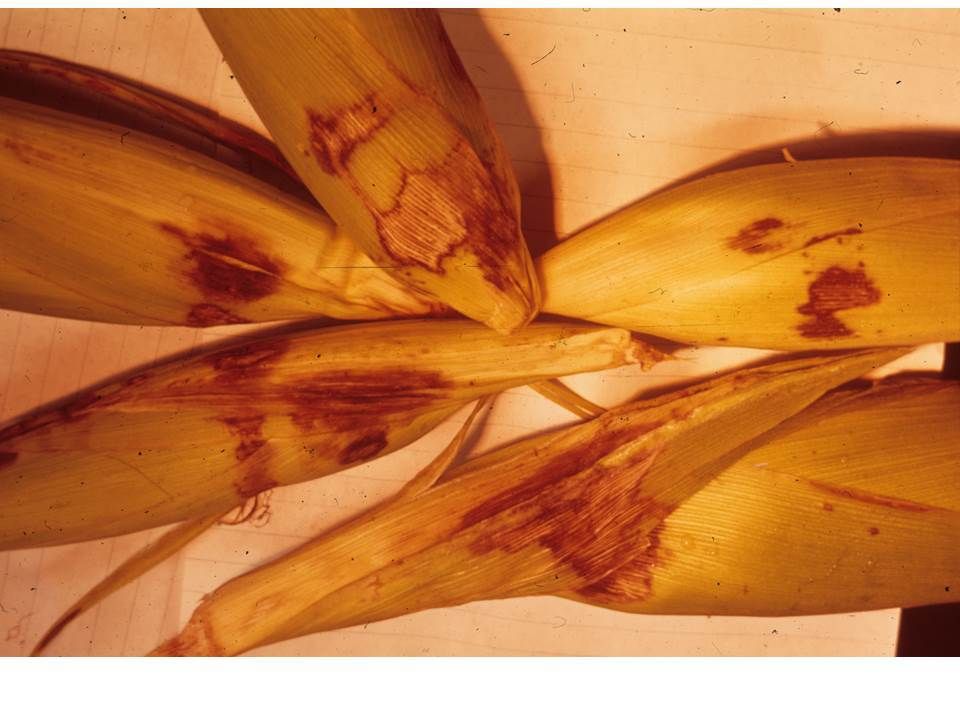 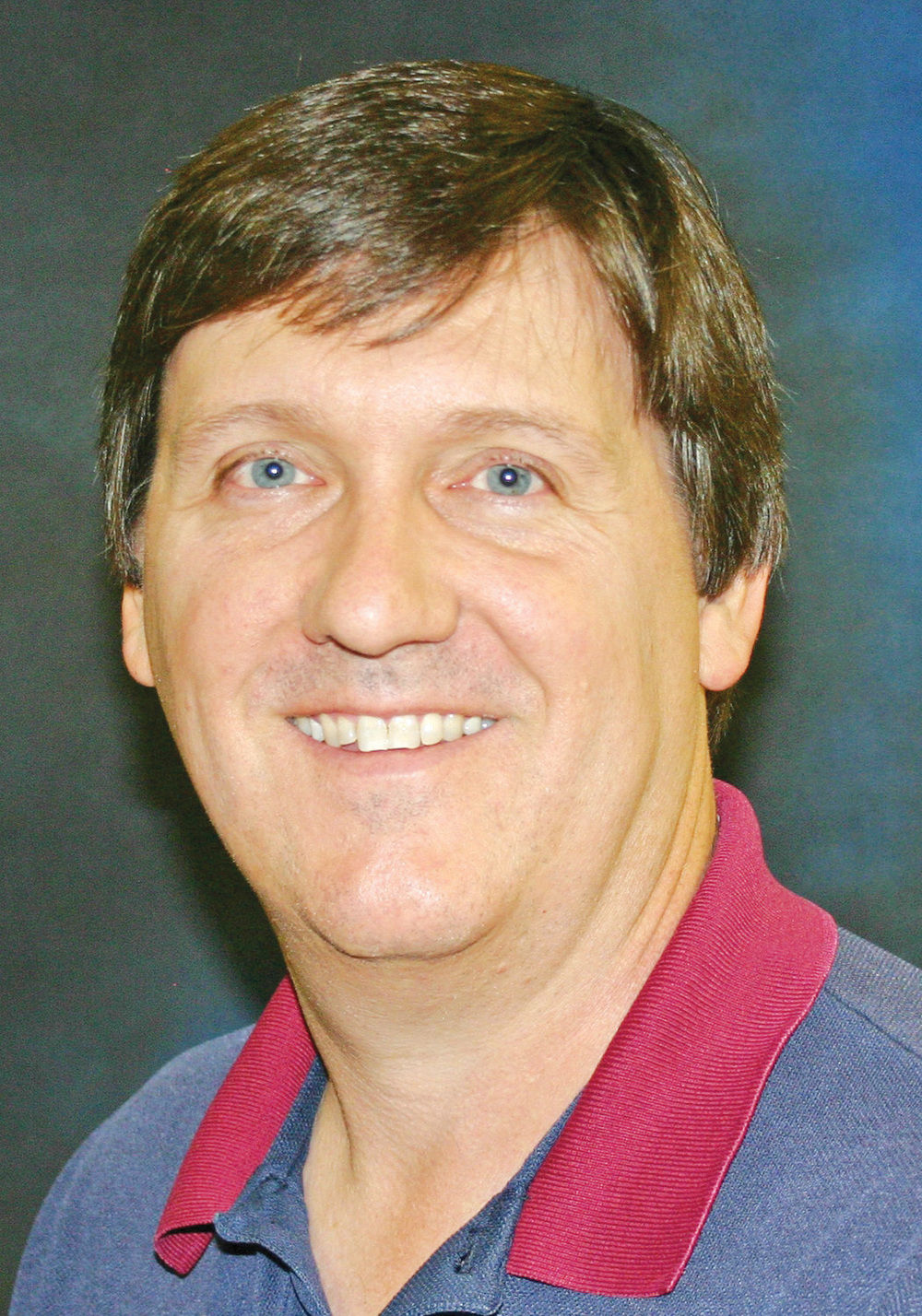 Author’s note: this article is the second of a two part series that tells the story of the 1970 southern corn leaf blight disease epidemic. Part I summarized the development of hybrid corn, which played a major role in promoting the disease. Part II is presented here and relates the details of that serious epidemic to corn growers throughout the United States, and what we have since learned from that mistake.

The pathogen and disease

Southern corn leaf blight (SCLB) is a fungal disease caused by Cochliobolus heterostrophus, often found in the literature under various names formerly used for the asexual stage, including Bipolaris maydis and Helminthosporium maydis. It affects field corn, sweet corn and popcorn, and is most severe and spreads most rapidly in warm (70-90°F), wet conditions. Until 1970, the disease was considered to be of only minor importance and primarily restricted to the warmer corn growing areas of the southern United States. Its spores can be windblown to adjacent areas, surviving in dead plant tissues for several years. The pathogen can also remain alive and viable on corn kernels or residue within fields. Symptoms and disease severity are dependent upon the type of hybrid, occurrence of other diseases, crop stage at infection, environmental variables such as rainfall, dew, or temperatures and race of the pathogen.

In 1969, a new and unfamiliar disease affecting corn leaves and ears was noted sporadically in a few localized areas of several corn-producing states (Iowa, Indiana, and Illinois). The finding of symptoms on ears was the first indication that something unusual was in the works (in the past C. heterostrophus had often been considered a foliar pathogen exclusively). Surprisingly, it was additionally observed causing severe damage on Texas male sterile cytoplasm (Tcms) varieties with only mild symptoms consisting of small inconspicuous leaf lesions forming on the normal cytoplasm plants. (Recall from Part I that the Tcms gene had been incorporated into almost 90 percent of the hybrids used in the United States due to its ability to produce seed more cost effectively without the laborious method of de-tasseling female seed plants).

In January 1970, the first reports of a similar disease causing serious damage on corn containing the Tcms germplasm source were made from southeastern Florida in the area of Belle Glade, east of Lake Okeechobee. The disease became epidemic throughout Florida in late February and early March. During the spring months the pathogen continued a steady march into most of the major Corn Belt states in the eastern half of the United States. It was unusually wet in the United States that spring, thus further encouraging rapid progress of the disease northward. By mid-July it was well established throughout the Corn Belt while also causing total crop failure in many fields in the South.

Economic impacts of the epidemic

The extent of yield reductions and monetary losses to producers nationally was difficult to accurately assess. Nevertheless it is still clear that the effects of this disease were substantially damaging to the economies of the south and the Corn Belt, with the southern states being hit the hardest. The disease has been estimated to have reduced yields that year by at least 700 million bushels, causing prices of corn futures to skyrocket and creating a degree of universal publicity for agriculture not often seen by the general public. Monetary losses were officially estimated to total $1 billion (worth more than $6 billion dollars today) for the nation as a whole, with 20-30 percent yield loss averages being common.

An additional, but highly unusual factor contributing to the epidemic and its devastating effects was the arrival of a new race of the pathogen. Pathogenicity tests confirmed the identity of the causal agent as the southern corn leaf blight pathogen (C. heterostrophus). However, through the use of comparative inoculations of isolates collected in 1970 within the greenhouse, on Tcms and normal cytoplasm-type seedlings, confirmed the presence of a new distinct race of the pathogen. Tcms seedlings were severely affected while the normal cyctoplasm seedlings exhibited only mild symptoms of infection.

The two races were then re-designated as “Race T” for the new race virulent on Tcms corn and “Race O” for the old pathogenic race known worldwide as a minor pathogen for many years. In addition to increased virulence, the new race also caused lesions on all above ground plant parts while lesions from the old race were normally restricted to leaf tissues. The increased virulence was later demonstrated to be caused by a particular toxin (T-toxin) that only affected the T cytoplasm corn, while Race O did not produce the toxin and thus was not severe on either of the two types of corn.

As a result of the findings explaining cause and effect for the SCLB epidemic of 1970, the demand for the normal cytoplasm greatly exceeded the supply for 1971. Fortunately the environmental conditions for most of the south were unfavorable for disease development in 1971, resulting in much less severe disease problems than the previous season. This factor combined with greatly reduced usage of the T-cytoplasm effectively halted the occurrence of a second severe epidemic in 1971.

Furthermore, in 1971, breeders brought back the use of the old normal cytoplasm, again employing hundreds of students for the summer as labor for de-tasseling the female parents in seed fields. Happily, yield results that year also returned to pre-1970 numbers, and in fact produced a new record crop nationally.

Lessons learned from the SCLB epidemic

The first lesson we learned as a result of this disease outbreak was the importance of diversifying agriculture and maintaining an adequate degree of genetic variation in major crops. It was further noted that diversity of the genetic materials for breeding purposes must be maintained at both the genetic and cytoplasmic level for all important crop species to avoid being universally vulnerable to attack by pathogens, insects, or environmental stress.

The second lesson was the comprehension of the benefits resulting from the tremendous spirit of cooperation demonstrated among scientists both within and between various disciplines. The 1970 SCLB epidemic stimulated rapid mobilization and teamwork among industry, federal, state and university research and extension personnel, spawning novel methods for disease monitoring and management. Sentinel plots were established across the Corn Belt for observation purposes with additional efforts focused on the creation of a disease forecasting system and initiating aerial remote sensing experiments using color infrared photography.

The take-home message was that genetic diversity in a crop is beneficial and a good general defense against diseases. This original concept of promoting some degree of variability was initially published in 1939, but we had to learn this lesson all over again in 1970. The history of SCLB in the United States clearly illustrates the dangers of genetic uniformity in modern agriculture.

When all this Tcms corn was introduced into hybrid seed production, it was obviously not foreseen that the T cytoplasm germplasm source was also extremely susceptible to a new unknown race of the pathogen causing SCLB, but it should have been. The potential for a disaster of this nature had been predicted by a number of scientists decades prior to the 1970 outbreak but no one paid attention to the warning signs.

The widespread use of the Tcms corn is obviously recognized now as being equivalent to playing Russian roulette. However, using the Tcms gene was too successful at producing hybrid seed easily and inexpensively. It took a perfect storm of favorable conditions in 1970 for us to finally experience the worst case scenario. That season the combination of the new physiologically specialized pathogenic race, favorable weather, and millions of acres of a uniform, susceptible host, created one of the most widely dispersed epidemics in history.

Corn has proven to be an extremely plastic crop. It has been the subject of voluminous research in the efforts to mold it into different forms, including corn of all colors and sizes, field, sweet and popcorn; and for types adapted to differing environmental conditions. Yields have been consistently and dramatically improved over the years with no apparent end in sight. This crop serves as a particularly good example of the benefits and success of agricultural research in the U.S.

The discovery of male sterility made the production of commercial hybrid seed more practical. This idea had been considered in the early 1900s but was abandoned due to projected seed costs. Use of hybrid varieties drastically improved corn yields in the United States. For example, in the 1930s, average yields were 22 bushels per acre. By the 1940s about 40 percent of the acreage was planted to hybrids with an average yield increasing to 35 bushels per acre. As the 1970s began, yields had increased to 95 bushels, and today yields routinely exceed 200 bushels. These tremendous yield improvements allowed the United States to become the leader in this field, accounting for nearly one half of the world’s production.

However, this success also came at a cost. The almost irrational drive for greater and higher yields dominated the attitude and mentality of farmers, breeders and seed companies alike. Unfortunately, it also obscured the potential pitfalls inherent in genetic uniformity in an agricultural crop.

It is enlightening for us today to examine that one year (1970) and note that both the disease and pathogen caught lightning in a bottle. The sudden and widespread appearance of the disease and the tremendous damage incurred was due to a number of confluent factors. The combination of the monoculture and genetic uniformity on a susceptible host, ideal weather conditions for disease development stretching from Florida to the Canadian border, and the debut of a new virulent pathogen, resulted in an extremely rare but highly damaging epidemic.

The origin of this new virulent pathogenic race is uncertain. Isolations of the pathogen made from stored corn in Iowa indicate its presence in that state to be at least as early as 1968. It has additionally been postulated that Race T was either introduced into the Corn Belt or was created by mutation and transported from the Corn Belt into the southern United States on seed.

We are now well aware of the expensive lesson this disease epidemic has taught us; a lesson we should not have been forced to learn in 1970. Perhaps we are wiser now more than 40 years removed from this momentous event? No further disease outbreaks of a similar nature have occurred in corn production since that season of 1970.