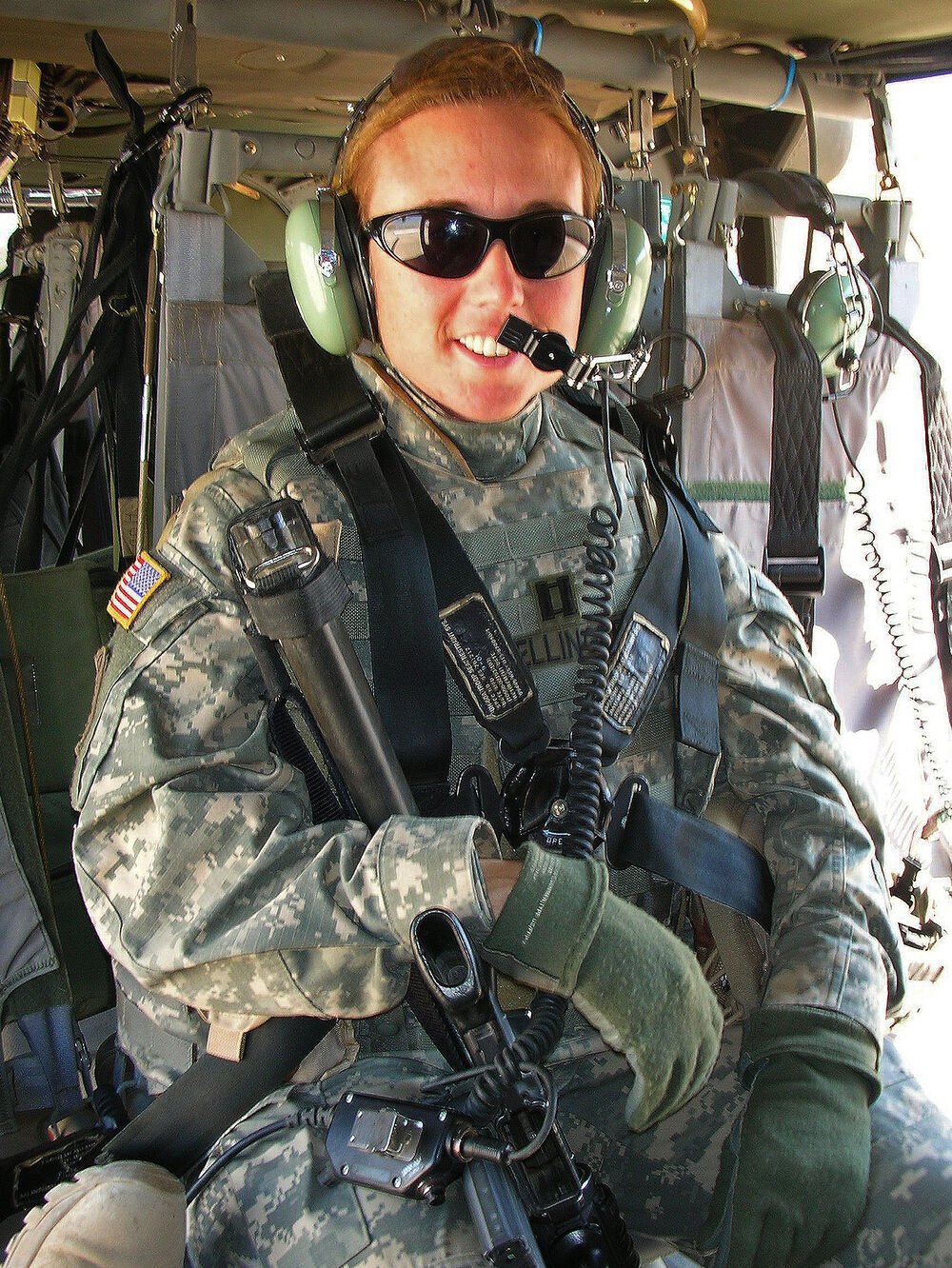 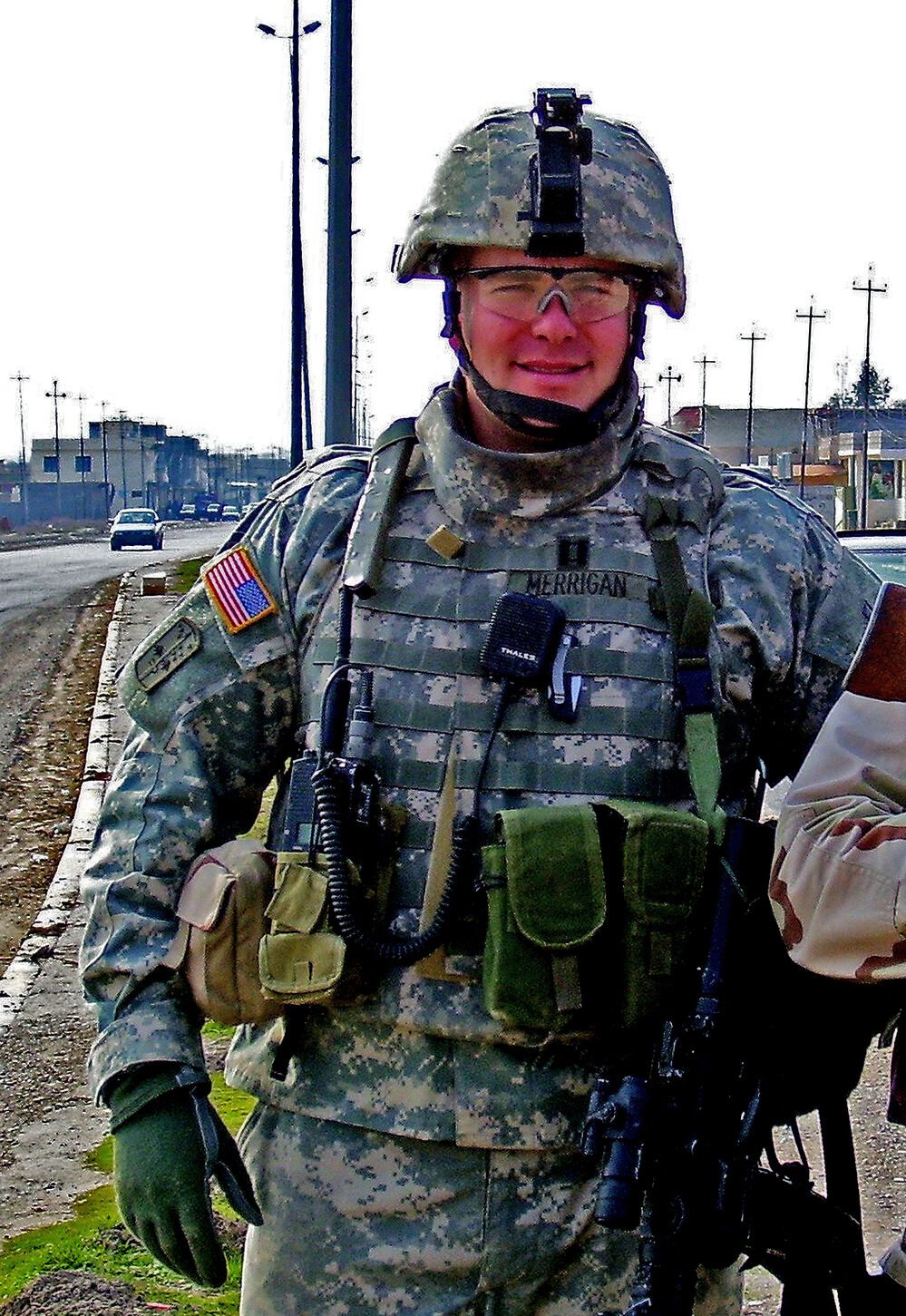 Once, Nate Merrigan, an Army infantryman, was on a mission and slipped away for a brief moment to see his future wife Beth Merrigan, an Army logistics officer. Otherwise, they saw each other just three times over their 18-month deployment in Iraq.

The now-married couple, long-since removed from their military exploits, moved back to Scottsbluff in 2015, where Beth recently garnered the most votes in the Scottsbluff Public Schools Board of Education election. She’ll be serving on the board at Nate’s alma mater.

While Nate is from the Husker state, his wife Beth is not.

But for Beth, the grand prize was the United States Military Academy in New York, commonly called West Point.

She got the chance. It took a congressional nomination.

“That’s too special not to try,” she said. “This is the place that you give a shot, it’s that special.”

From the moment she got there, she loved it. The atmosphere, the challenge, the order, and the discipline — Beth loved all of it.

She eventually branched into the quartermaster corps as a second lieutenant.

For his part, Nate enlisted to gain access to the GI Bill, an alluring incentive for many young men and women wherein the government promises financial aid in exchange for military service.

“There’s a good tradition of service in my family,” Nate said. “So you kind of check two blocks there… It wasn’t all transactional but that was part of it.”

He eventually branched into the infantry corps as a second lieutenant

In 2003, Nate and Beth met in Fairbanks, Alaska, a town of about 30,000 people and 358 miles north of Anchorage. It’s also the home of Fort Wainwright, where Beth and Nate were stationed and would eventually first meet.

They were both assigned to the 172 stryker brigade, sometimes called the Arctic Wolves. The brigade consisted of ICV (Infantry Carrier Vehicles) Stryker vehicles, an eight-wheeled armored vehicle Beth described as a medium unit between a tank and humvee.

Beth and Nate spent most of their time in Fairbanks preparing to deploy, but still found time for each other. Being far away from home and handling the burdens of their new responsibilities gave common cause to the young couple, who were both in their early twenties at this point.

While dating in Alaska was a fairly unique experience, it would pale in comparison to their experiences in Iraq in August of 2005.

“We just didn’t see each other once we were in Iraq,” Beth said.

Beth said that, while on patrol, Nate stopped by the base Beth was working out of. Drenched in sweat and hunkered in body armor, Nate found a way to visit his future wife.

“I couldn’t even hug him,” Beth said. “It was so wide and thick around.”

While the couple wrote to each other by email often, they’d see each other just three times throughout their 18-month deployment.

“We’re in the same area as each other, but we had jobs and missions,” Beth said. “We just didn’t see each other.”

The 172nd infantry brigade’s deployment was extended from 12 months two 18 months at the tail end of its deployment. That’s because from 2006 to 2008, the U.S. military command drastically increased operations in the Indus River Valley.

After Saddam Hussein’s regime was dismantled, a sectarian civil war erupted in the region, pitting traditional ethnic groups against each other. Suicide bombings, mass killings of civilians, and death squads were common-place atrocities for three years. In reaction, the U.S dramatically increased its presence in the country, adding 30,000 troops.

For Nate and Beth, the extended deployment came as a surprise.

“Right on our 11th month (of deployment), maybe our 11-and-a-half month, they told us that we were going to extend,” Nate said. “Our unit was the spearhead of the surge.”

In general, Nate said being in Iraq during the sectarian violence — sometimes called the Sectarian Civil War — was tough.

That same time, Beth was helping manage the Iraqi elections. Beth helped ensure the ballots were delivered to their proper locations. She also helped secure the ballots once they’d been cast.

“It was a huge task to make things safe and secure,” Beth said.

Nate also reflected on his time in Nineveh, an ancient Assyrian city in Northern Iraq that played host Babylonians, Persians, Romans, and Sasanians. Nineveh is mentioned in the Hebrew Tanakh, or the Old Testament, the Christian Bible, and the Muslim Quran.

“Lots of things happened, of course,” Nate said. “But, as an overall picture, when you look back 15, 20 years ago, it’s pretty neat to be a part of that whole effort.”

Nate and Beth returned to Alaska in December of 2007. Nate left the military shortly after.

“I was very fulfilled with my Army experience but ready to move on and try something new,” Nate said.

Beth stayed in the military for another half a decade. She entered into company command and was in charge of a company of soldiers that rigged together parachutes. Meanwhile, Nate got a job flying airplanes to remote areas of Alaska.

But the call of West Point beckoned the Merrigans, who married in 2009. Beth taught physical education, after obtaining a master’s degree in education from the University of Virginia. She also taught cadets how to create physical fitness plans for their future units. For his part, Nate taught tactics to ROTC students at a small college in Virginia, while Beth got her masters.

“There are not many places in the county where you can teach college kids PE,” Beth said.

But she was still on active duty, along with around 65% of the faculty at West Point. As her family grew, Beth said she and Nate decided to finally leave the Army and, in 2015, the Merrigans moved to Scottsbluff to be closer to Nate’s family.

Honoring our Veterans: Highlighting area residents who have served