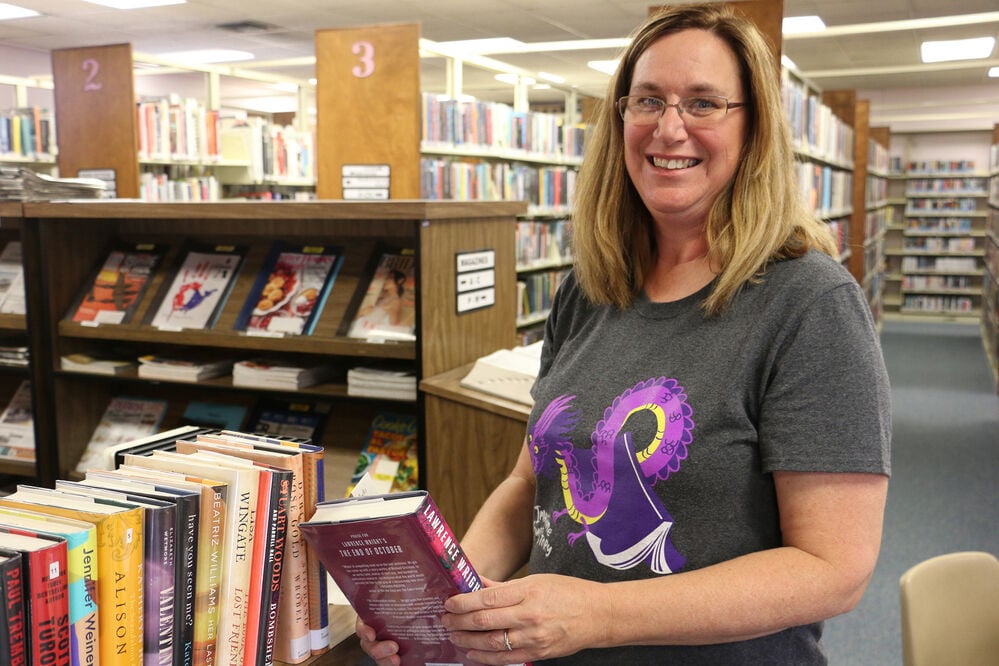 Sherry Preston enjoys a variety of types of books when she reads. As a young girl, her mother was a school librarian, and Preston would read the books before they ever hit the library shelves. 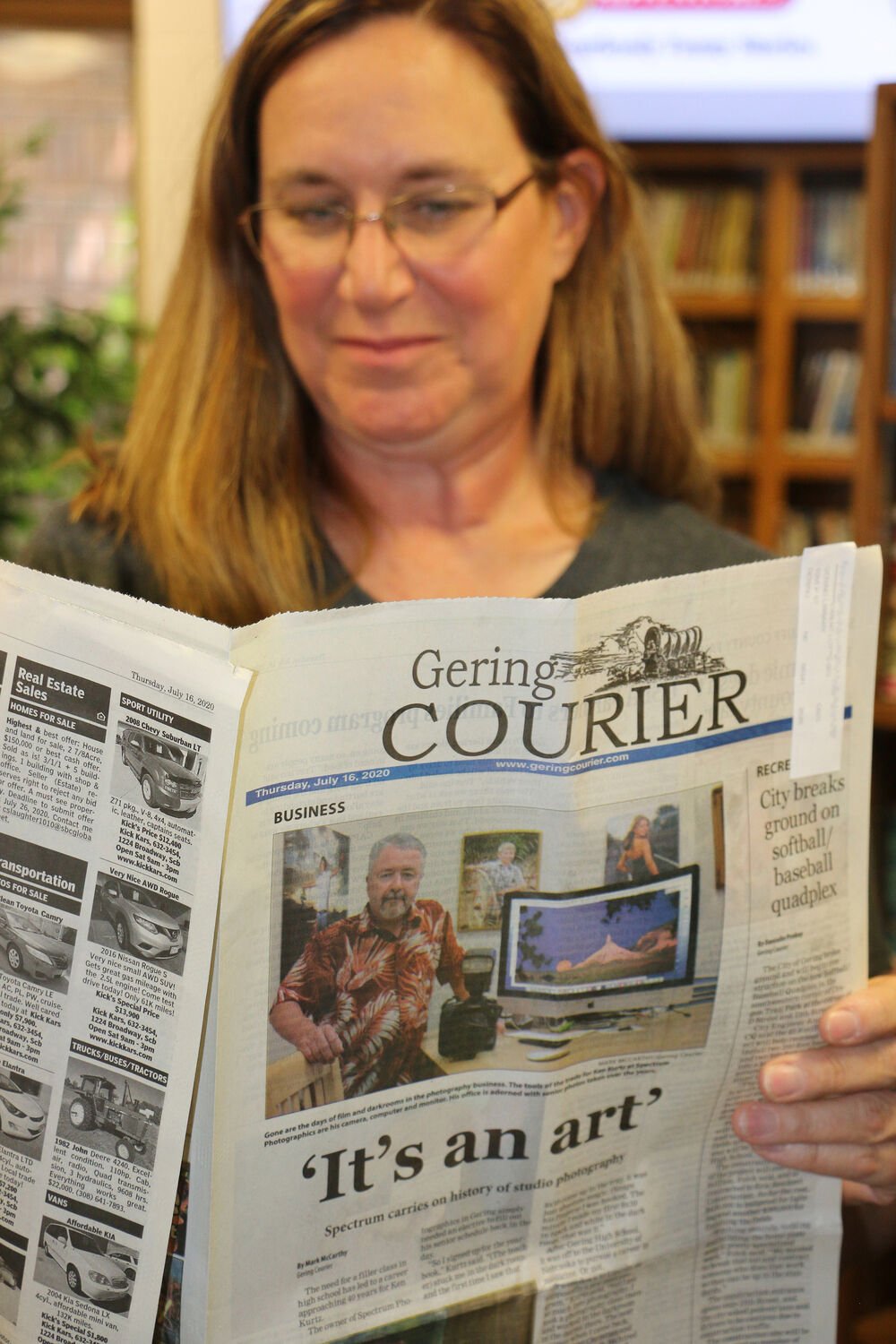 Librarian Sherry Preston reads the Gering Courier at the Gering Public Library. Preston has been a librarian for 10 years, nearly 5 of those years in Gering.

Sherry Preston enjoys a variety of types of books when she reads. As a young girl, her mother was a school librarian, and Preston would read the books before they ever hit the library shelves.

Librarian Sherry Preston reads the Gering Courier at the Gering Public Library. Preston has been a librarian for 10 years, nearly 5 of those years in Gering.

As a young girl, Sherry Preston read everything she could get her hands on.

Her mother was the school librarian back in those days.

“She would come home with boxes of books to process,” Preston said. “I had pretty much read all of the stuff before she’d put it on the shelves when I was in grade school.”

After growing up on a ranch southwest of Gering and graduating from Gering High School, Preston went to the University of Wyoming to study range management. Jobs took her to Mullen and Fullerton before she moved back to the Panhandle. In need of a job, her mom suggested Preston apply for an open position at the library in Scottsbluff. After several years in Scottsbluff, she accepted a position in Gering, and is now the public services librarian.

People in libraries come from all different backgrounds, Kaiser said of her transition from agriculture to librarian.

“Being a librarian is being able to find information out,” she said. “The more varying backgrounds you bring to that situation, it just makes you that much better at your job.”

“I love non-fiction,” she said. “I like fiction. I like graphic novels. I’m working my way through the Newberry books.”

The Newberry Medal has been given annually for excellence in children’s literature since 1921. Preston has now read 76 of the winners. She said this year’s winner, “New Kid” by Jerry Craft, is phenomenal.

“Hopefully, by the end of next year, I should have all of them read and caught up, and I can just read one a year,” she said.

As a kid, Preston read “The Witch of Blackbird Pond” by Elizabeth George Speare over and over again, but it’s a different book that tops her list of favorites.

“My favorite book in the whole world is called ‘Red Sky at Morning’ (by Richard Bradford),” Preston said. “It’s a different version of a teenage boy coming of age, kind of like ‘Catcher in the Rye.’ It’s about a kid with a lot more sensibility. He’s growing up during World War II, and his dad is in the military. He ships him and his mom to a town called Segrado (New Mexico).

One of her favorite current authors is J. Ryan Stradel, who wrote “Kitchens of the Great Midwest” and “The Lager Queen of Minnesota.”

“I like his writing,” Preston said. “He’s funny, and he writes about women in a funny way. Like he’s known funny women.”

The library offers something for people of all ages, Preston said.

One of the things Preston is most proud of is helping a 95-year-old woman figure out how to FaceTime her granddaughter on her iPad.

Ultimately, Preston is happy to be able to help people experience books and experience the library.