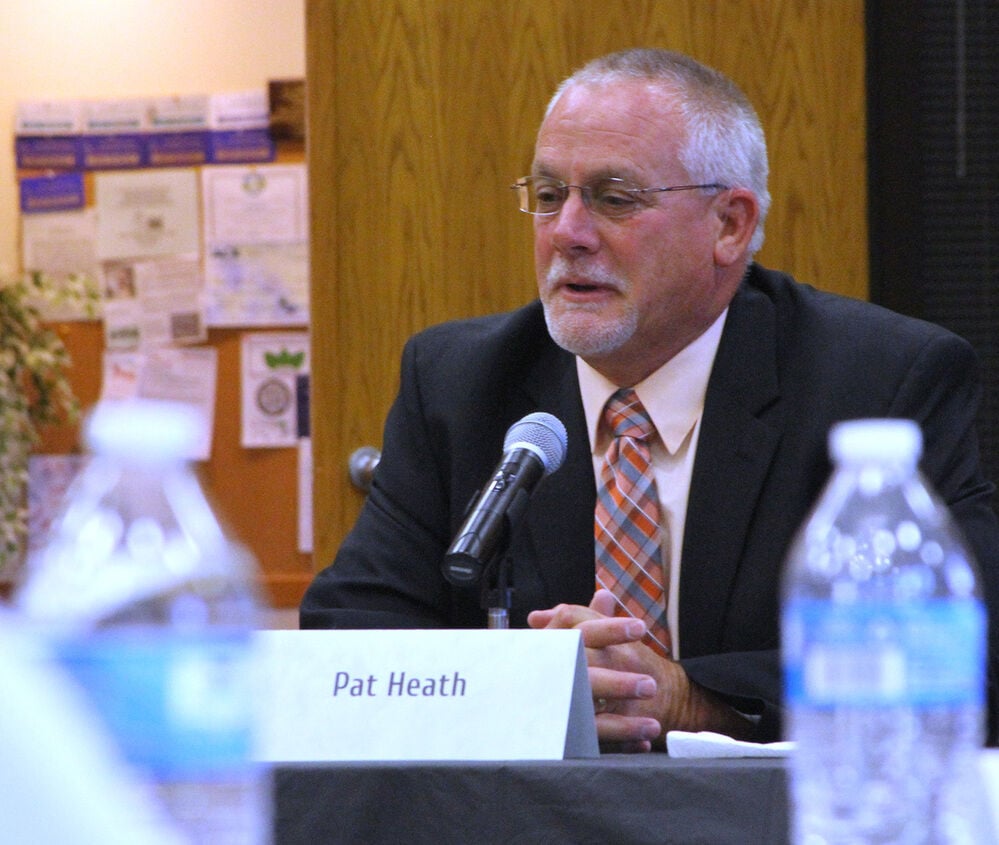 Pat Heath, current director for Public Works at Gering, addresses city council members and the mayor at his interview Thursday for the City Administrator position. 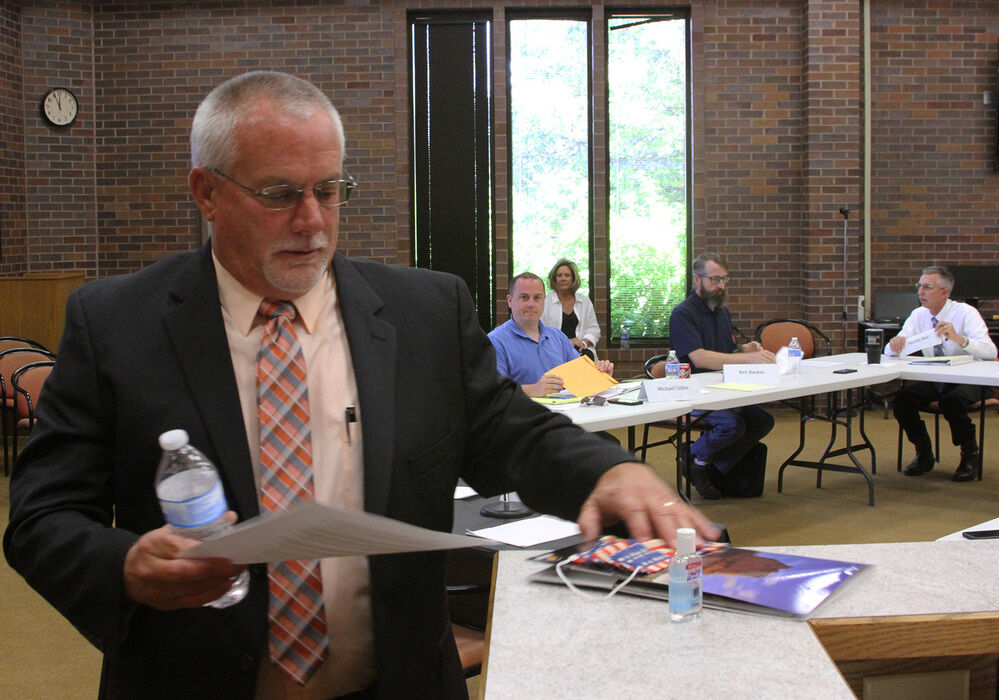 Pat Heath, the current director for Public Works at Gering, collects his mask and hand sanitizer after his interview Thursday for the Gering Administrator position.

Pat Heath, current director for Public Works at Gering, addresses city council members and the mayor at his interview Thursday for the City Administrator position.

Pat Heath, the current director for Public Works at Gering, collects his mask and hand sanitizer after his interview Thursday for the Gering Administrator position.

Public Works Director Pat Heath took some good-natured ribbing Thursday, July 16, from colleagues at City Hall for abandoning his usual polo and jeans for a peach shirt, matching tie and a black suit ensemble to interview for the Gering city administrator position before city council members and mayor Tony Kaufman.

Health said his vision for the city extends beyond five or 10 years and said the changes to the city’s plan and zoning code would make that easier to achieve.

“I have a good vision for the city,” he said. “I want to see growth in residential, commercial and industrial sectors.”

Heath told stories from throughout his 39-year tenure in city administration, talking about struggles after the flood of 1995, or when he butted heads with city council members over back-flow regulations in the late ‘90s. He started his career in North Platte, his hometown, and later moved to Gering, where he’s been since 1991. Heath said there’s a lot to learn, saying he had no experience in labor negotiations and understanding some of the city’s units.

Heath said he thinks communication is a vital skill for the position.

“Without communication, no one knows what’s going on or where to go,“ Heath said. “I think the public would say the same thing.”

Heath said it is important to him to be visible in the community, talking about his experience volunteering to referee soccer.

For his final statement, Health emphasized he planned to stay with the city even if he is not hired for the position.

“I agree with all of you, Gering deserves the best person for the job,” Heath said. “If I’m not that person, I will work with that person.”

After the interview, Heath told the Courier if he got the job of city administrator he’d give up the polo and wear dress shirts with a tie, the occasional sport coat and khakis.

“I’d leave the suit for special occasions,” he said, laughing.