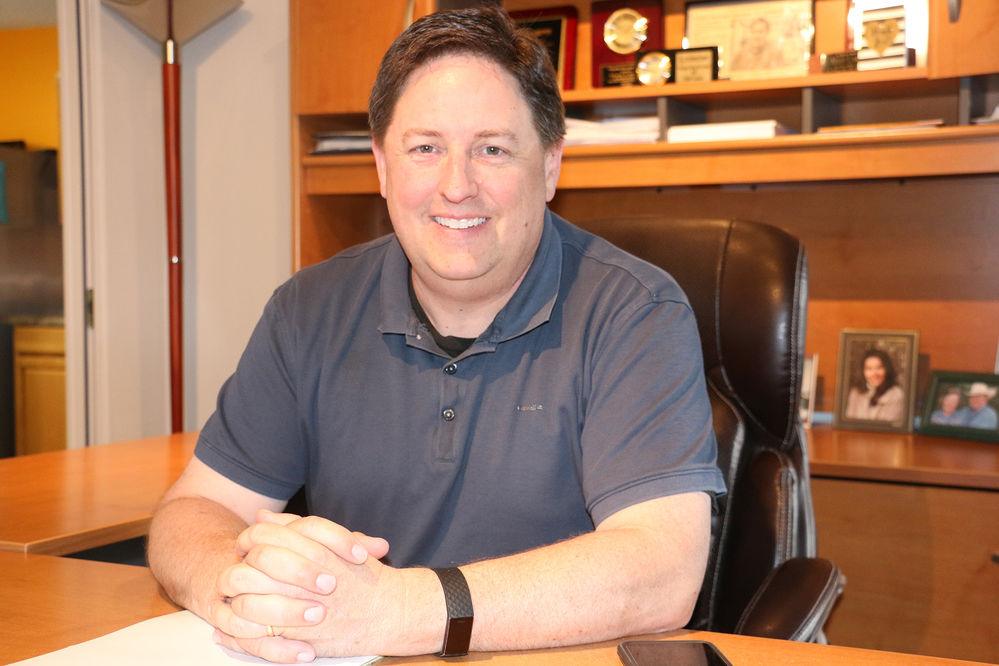 Matt Larsen has been at the helm of Vistabeam Wireless since 2004. Growing up, Larsen developed an interest in computers and electronics, so the business has been a natural fit for him. 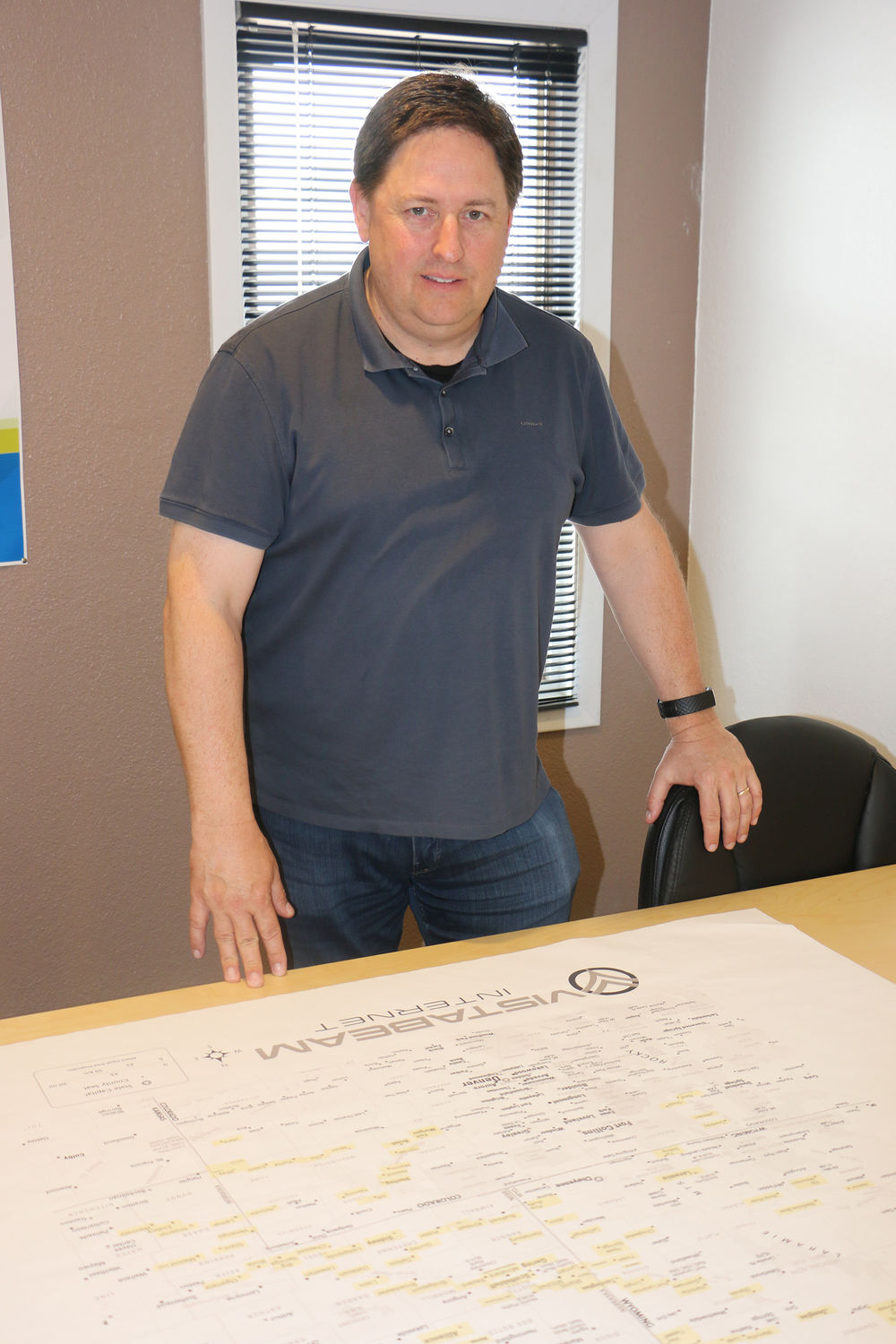 Vistabeam Wireless owner Matt Larsen looks over a map of his company's coverage area. Vistabeam has been in business since 2004.

Matt Larsen has been at the helm of Vistabeam Wireless since 2004. Growing up, Larsen developed an interest in computers and electronics, so the business has been a natural fit for him.

Vistabeam Wireless owner Matt Larsen looks over a map of his company's coverage area. Vistabeam has been in business since 2004.

For most people, a day with eight Zoom meetings would be like fingernails on a chalkboard. For Matt Larsen, it was a source of pride.

Make no mistake, eight meetings in a day wasn’t a treat for the owner of Vistabeam in Gering, but Larsen found pride in the ability to stream those meetings as he worked from home.

“Being able to do that,” Larsen said, “I feel like, man, I’ve got one of the coolest jobs in the world. I’m so proud that I was part of the team that helped build this and make this possible for people.”

Vistabeam, primarily a fixed wireless provider, has been in Gering since 2007 after first opening in Scottsbluff in 2004, “so we are 16 now, old enough to drive,” he said. After starting out with five employees when they moved to Gering, Vistabeam has grown to near 30 employees and a coverage area that spans 40,000 square miles across Nebraska, Wyoming and Colorado with about 300 access point locations.

Larsen has helped keep Vistabeam out in front of the industry, a goal of his from the 1990s when he piloted Scottsbluff Wireless, a dial-up and DSL provider.

“Even in dial-up days, you could tell that there was going to be something way better than dial-up,” Larsen said. “It was just so much different what Internet was like at home on a dial-up connection versus what we would see at the office when we were on a much faster connection.”

In 1999, Larsen began doing his own experimentation with wireless, believing that the area was primed for that type of service.

“We were basically taking indoor access points and putting outdoor antennas on them, making a lot of the stuff as we went along.” he said. “Then equipment started to come out that was specifically designed for outdoor use. We started using that, and the last 20 years, you’ve just seen huge, huge improvement in how well that equipment works.”

Today’s customers demand high-speed access to be able to be entertained at home and work at home as well.

“What I’ve seen over the last couple of months is people are able to get almost all of their entertainment over their Internet connection, seeing people able to work from home,” Larsen said. “I’ve been working from home for quite a while, so it wasn’t a huge change for me, but we had our office closed here for almost two months, and almost all our employees that weren’t out in the field were working from home. Seeing how much of a change that had for a lot of people was very interesting, and I’m really proud of the fact that our Internet held up really well.”

Larsen said early on, he could see what people would demand of their Internet.

“I’ve been working from home a lot, the last couple of months a lot a lot,” he said. “You can see that a lot of other people are in the same boat, and the simple ability to turn on a TV and bring up whatever program you want to watch, in a way, that’s a little miracle that we’ve been able to build a network that’s capable of supporting that. I wouldn’t say I didn’t see that coming. The very first time I saw one of the early little videos, I think was a guy who beat up his computer. I was watching on 128K ISDN connection, and the first time I saw an online video, I was like, ‘Yeah, that’s what’s really going to get people going on Internet.’ And then we got there.”

Larsen said he is thankful for the employees he has had over the years, keeping the company on the cutting edge. Larsen is one of the founding board members of Wireless Internet Service Providers Association (WISPA), and said the members of that group have been able to bounce ideas off each other to keep services moving into the future.

“It’s interesting to look back and think about what we dealt with in the early days because it was kind of the wild, wild west,” Larsen said. “I’ve got a blog called Wireless Cowboys, and I’ve used that to describe people who were around doing the stuff early on. We didn’t have a guideline. We didn’t have examples of how people set this kind of business up, so we were kind of making it up as we went along. That could be thrilling at times and interesting. It could also be terrifying, because you go to do something and you don’t know if it’s going to work. We’ve tried a few things that didn’t work as well as we thought. We’ve also tried some things that worked way better than we thought.”