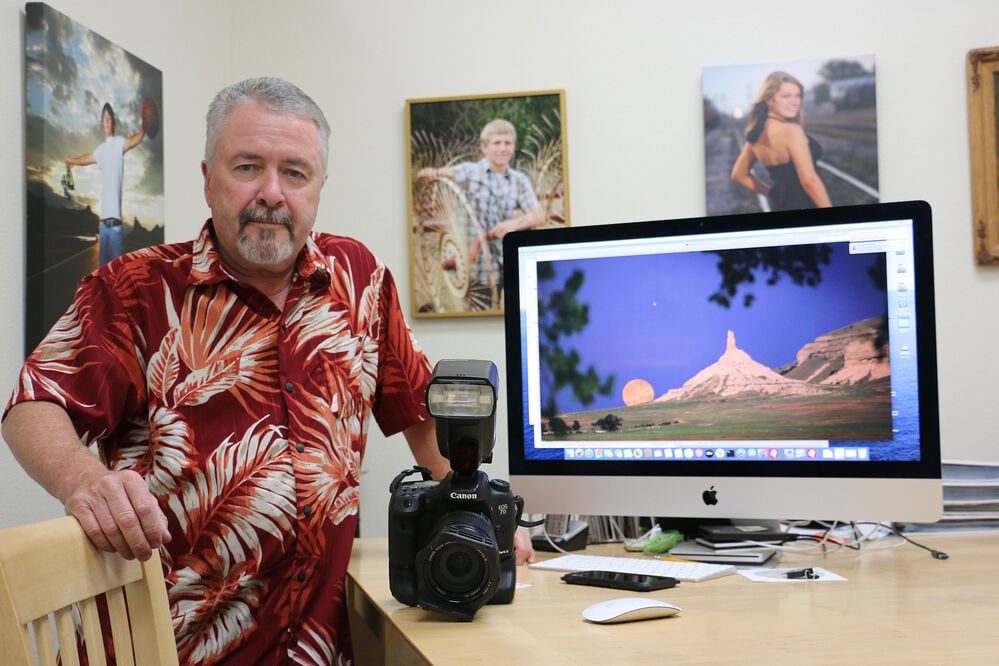 Gone are the days of film and darkrooms in the photography business. The tools of the trade for Ken Kurtz at Spectrum Photographics are his camera, computer and monitor. His office is adorned with senior photos taken over the years. 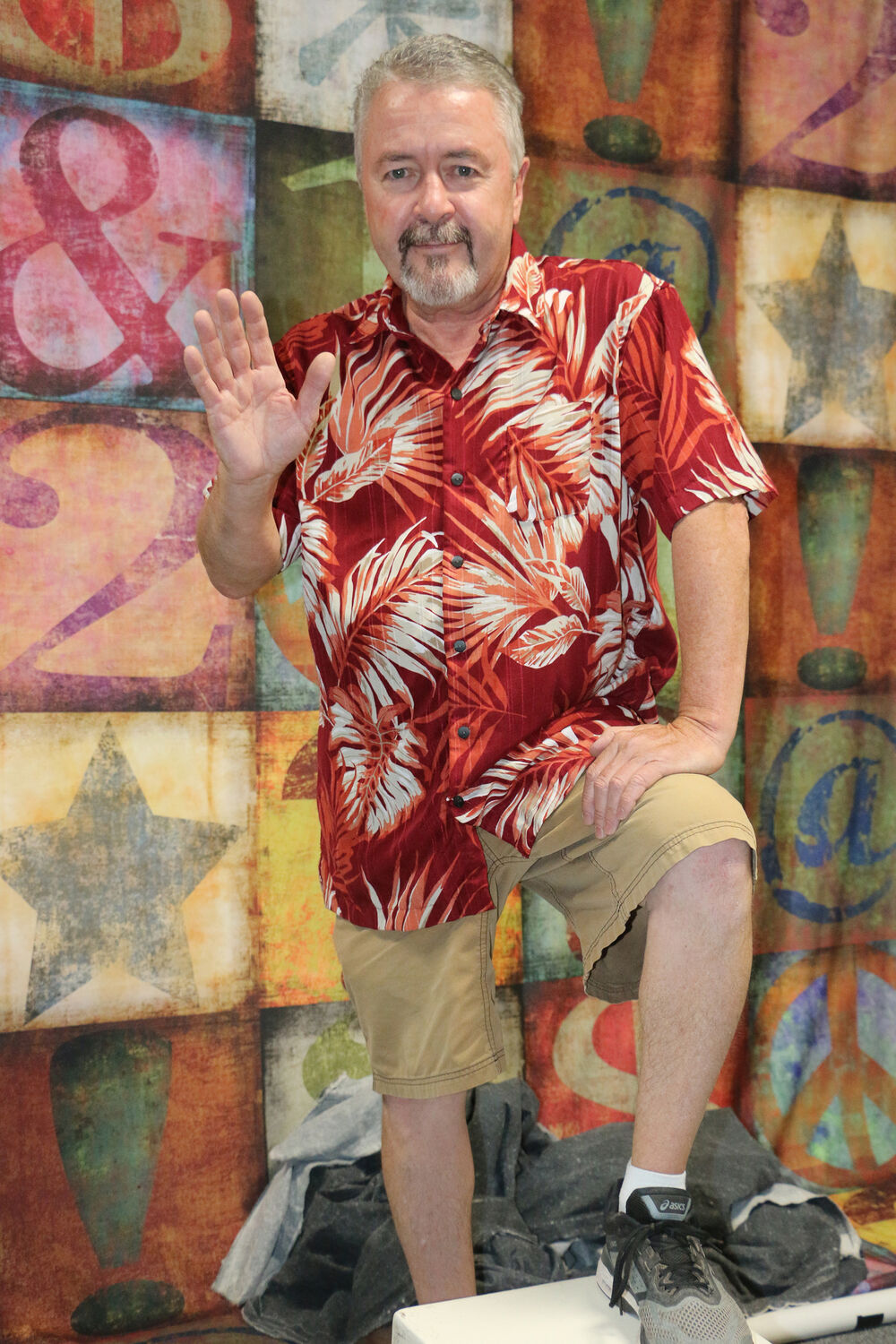 Over his nearly 40 years in the business, Ken Kurtz has taken photos of generations of people. He said one of his greatest joys is taking pictures of kids and watching them grow. 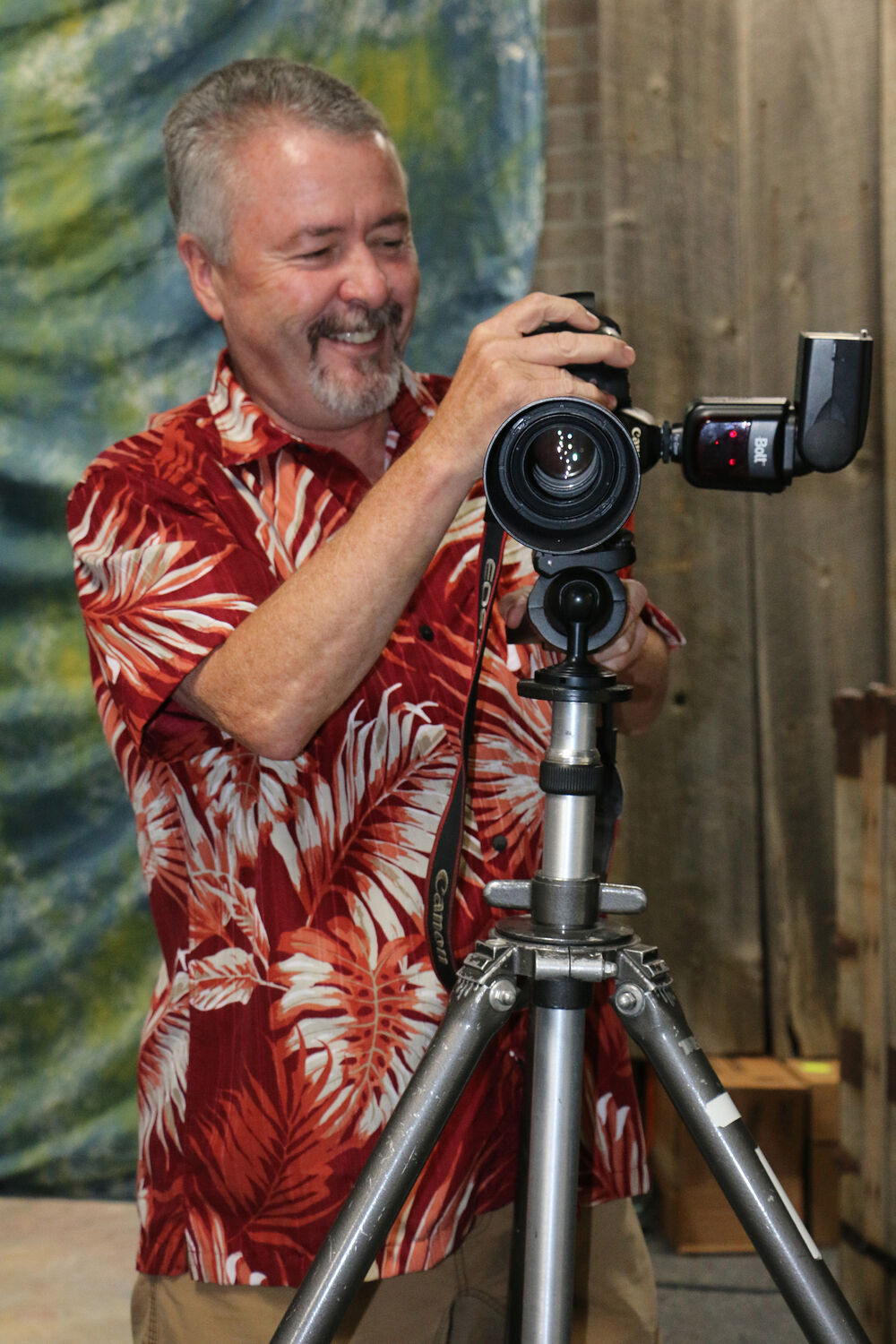 Ken Kurtz sets up his camera in his studio at Spectrum Photographics in Gering. Kurtz has been in photography for nearly 40 years, and has the last true studio photographey business in the Gering-Scottsbluff area. 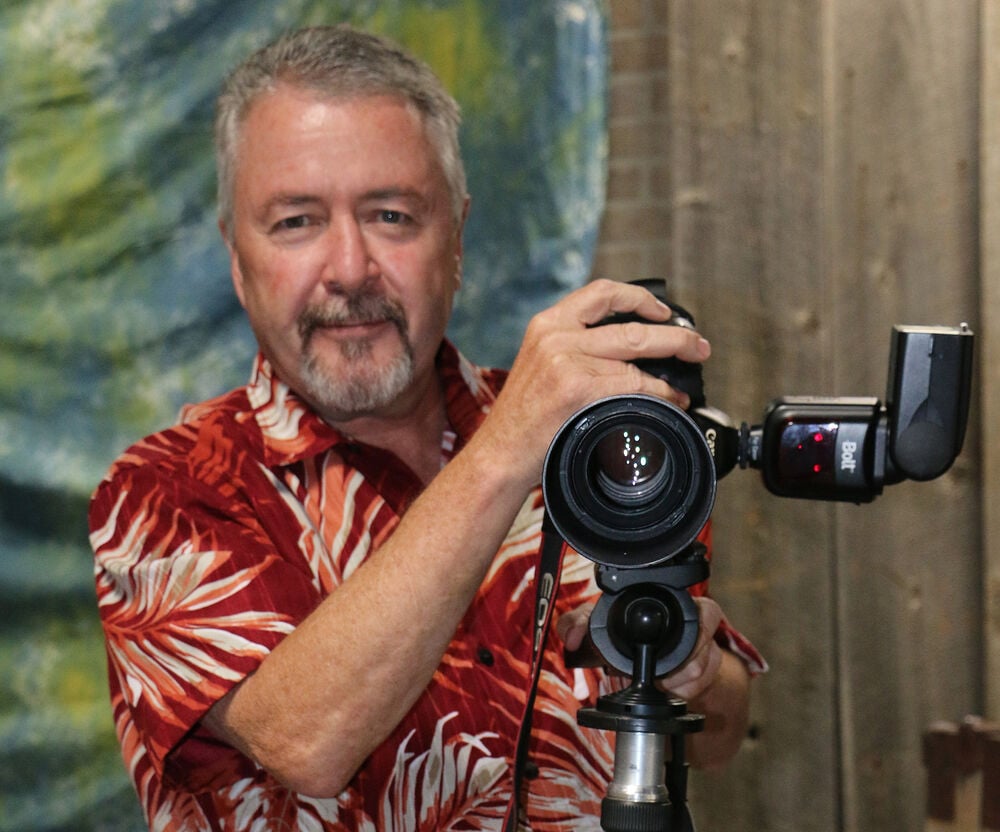 The switch to digital cameras more than 20 years ago has made changing lighting easier and removed the expense of using film, but Ken Kurtz says he keeps his camera set on manual so he knows exactly what images are coming into his camera.

Gone are the days of film and darkrooms in the photography business. The tools of the trade for Ken Kurtz at Spectrum Photographics are his camera, computer and monitor. His office is adorned with senior photos taken over the years.

Over his nearly 40 years in the business, Ken Kurtz has taken photos of generations of people. He said one of his greatest joys is taking pictures of kids and watching them grow.

Ken Kurtz sets up his camera in his studio at Spectrum Photographics in Gering. Kurtz has been in photography for nearly 40 years, and has the last true studio photographey business in the Gering-Scottsbluff area.

The switch to digital cameras more than 20 years ago has made changing lighting easier and removed the expense of using film, but Ken Kurtz says he keeps his camera set on manual so he knows exactly what images are coming into his camera.

The need for a filler class in high school has led to a career approaching 40 years for Ken Kurtz.

The owner of Spectrum Photographics in Gering simply needed an elective to fill out his senior schedule back in the day.

“So I signed up for the yearbook,” Kurtz said. “(The teacher) stuck me in the dark room, and the first time I saw that 8x10 come up in the tray, it was just absolute magic. (Snaps his fingers) I was hooked. The minute I made my first 8x10 in black and white in the dark room, that was it.”

After Gering High School, it was off to the University of Nebraska to pursue a career in medicine. Or not.

“I went down to Lincoln on supposedly a pre-med program,” Kurtz said, “but I got so much into photography, I took a photography class there and worked in the darkroom in the dorms there. The next summer when I came back, I went to Paul Christian and begged him for a job. He hired me on as an apprentice, so I learned the basics from one of the masters.”

Kurtz absorbed as much as he could from his mentor.

“I learned all of the basics of how to pose the human body, how to control lighting, how to understand lighting and a lot of the psychology that goes along with making the customer feel very comfortable so that they look their very best. It’s an art,” Kurtz said.

That art has taken a hit over the years, especially with the advent of the digital camera, Kurtz said.

“It’s almost completely been lost,” he said. “The cameras now days are so complicated it makes it extremely simple for somebody to pick it up, set it on automatic and get an absolutely perfect exposure with no knowledge whatsoever about the workings of the camera. In a way, it’s very liberating for people who want to express themselves. I admire that part of it, but in another way it’s extremely frustrating because just about anybody can do it if they’ve got the money to buy the camera.”

Spectrum switched early in the digital age, as soon as Kurtz saw that the digital product was as good or better than what could be done on film. The capability to shoot more photos more quickly and with less expense was a draw.

“When I was using film, every time I would hit the button, whether I used that picture or not, it cost me $1. Every single time.” Kurtz said. “I couldn’t change from one lighting situation to another as quickly as I can with a digital camera.

“I still shoot with my camera on manual every single time, so I understand exactly what I’m recording. I don’t rely on the camera to do it for me. There’s advantages to the digital camera that go way beyond film. That’s why film is just a dying art.”

Where there used to be seven or eight local studio photographers, Spectrum is now the last one. That’s not to say that the competition isn’t still there.

“Now I’ve probably got 25 competitors, and none of them have the overhead that I do here at the studio,” Kurtz said. “They’re working out of their basement with a computer and camera, and that’s it.”

The full studio does allow Kurtz to maintain a lacquer room to provide the quality prints he takes pride in.

“What’s really disappointing for me right now is seeing the younger generations ... don’t understand the importance of a paper photograph or a photograph that would go on a wall or into an album,” he said. “All of their photographs live inside that phone or on the Internet. Their understanding of quality and the importance of something you can physically hold in your hands, that’s gone.”

Kurtz used to photograph 250 seniors in any given season, now he considers himself lucky to get 30.

Working with high school seniors is something Kurtz enjoys as each one has a unique personality. He said the days of the painted background are mostly gone, and that’s fine with him.

“Over the last few years, my clients are becoming more comfortable being outdoors,” Kurtz said. “They don’t think of the studio as being a place to photograph. The studio has become the place where you take the picture for the yearbook or for the job application. The real photographs that people are comfortable with are the ones in different locations where they feel comfortable outdoors, which is fine with me. I love photographing outdoors.

Living in this area, Kurtz said, provides some outstanding backgrounds for the outdoor shoots.

“I do have some favorite locations,” he said, “but I try not to overuse any one particular place. In my spare time, I always go out for drives in the country and look at different places. It’s fascinating how the Valley kind of changes. We’ve got an old tree that suddenly is down, and I can see 14 different poses I can do around that tree. Of course, we have some of the most beautiful places in the Valley with the river and the monument and Chimney Rock. We’re very fortunate.”

Going on 40 years, Kurtz said he still enjoys what he does, and appreciates the people who have allowed him to make a living photographing them.

“I still really enjoy what I’m doing, especially working with school children,” he said. “That’s been one of the things that I’ve considered a blessing all of my life. I’ve been able to watch children grow up from when I start photographing them in kindergarten all the way through graduation, and now they’re having children of their own, who are now starting to have weddings and things. I’ve seen several generations of very good people grow up in this Valley, and have been fortunate enough to chronicle the different stages of their life.”

Kurtz said he very much enjoys working with people and has a number of clients who have been with him for many years.

“One of my very first seniors – her name is Amber, she’s a hair stylist, cuts my hair, we’ve known each other for well over 30 years – and just this morning, I photographed her daughter and her fiancée for their engagement pictures. Several generations again,” Kurtz said.

The history of photography will stand up over time, even when the traditional studio photographer is a thing of the past.

“The thing that makes me sad about the digital age coming on so strong and so fast is that it has had the effect of actually destroying my industry,” Kurtz said. “By industry, I mean the hometown photography studio. They’re closing everywhere across the country. I’m the last one here, and I’m kind of sad about that because it’s been a tradition for hundreds of years that the portrait photographer is somebody who is important and valued, and that is going down year by year by year. I hate to see that happen, but it’s inevitable. Nobody is driving a horse and buggy anymore.”