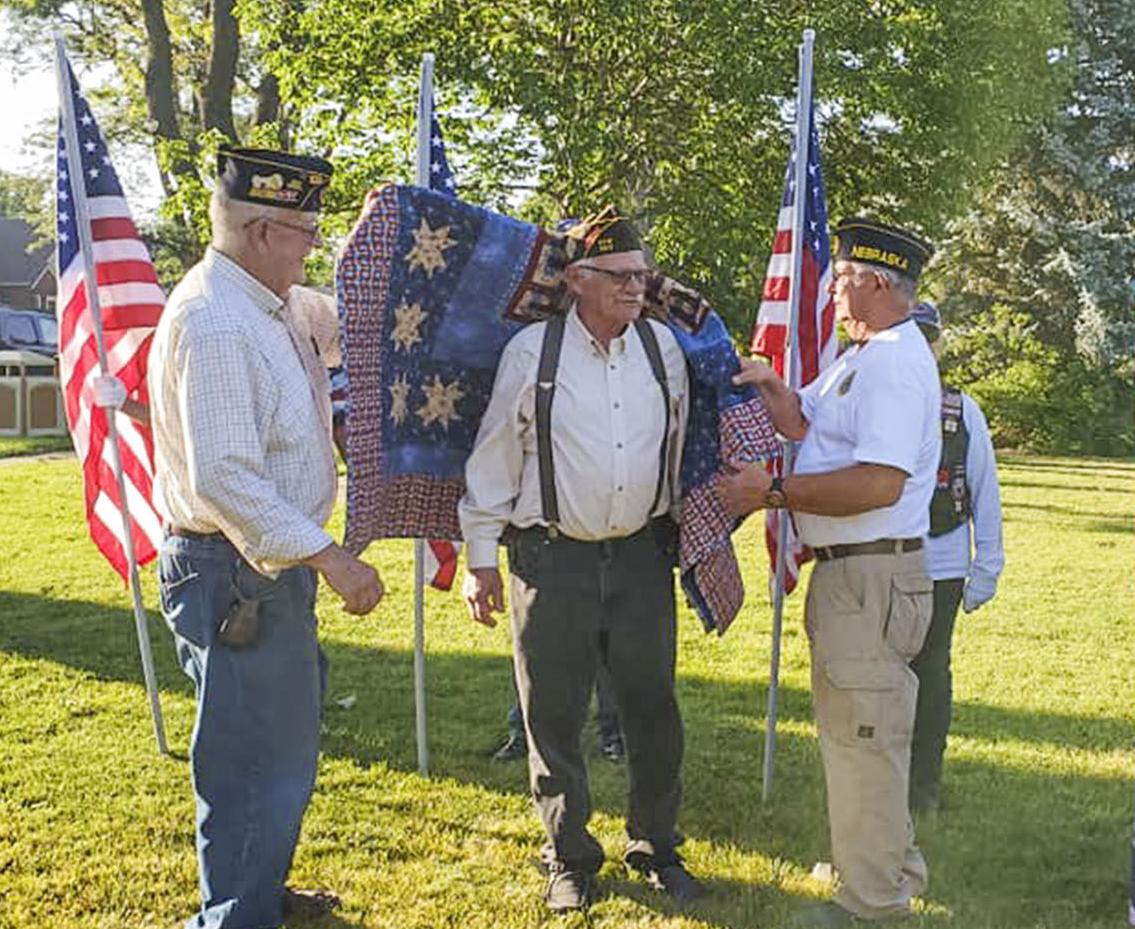 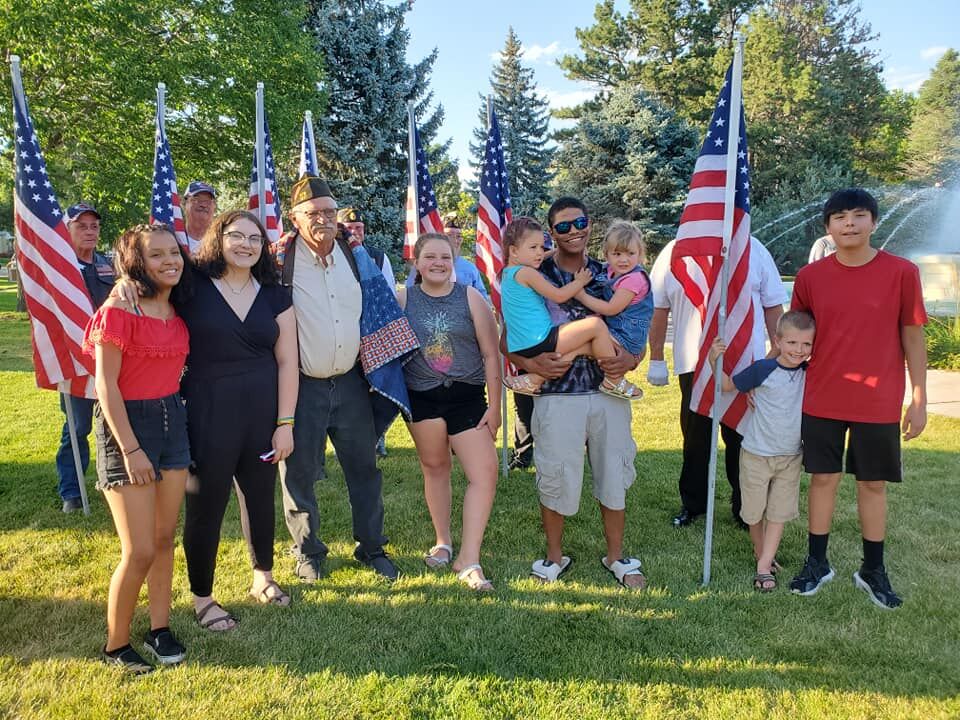 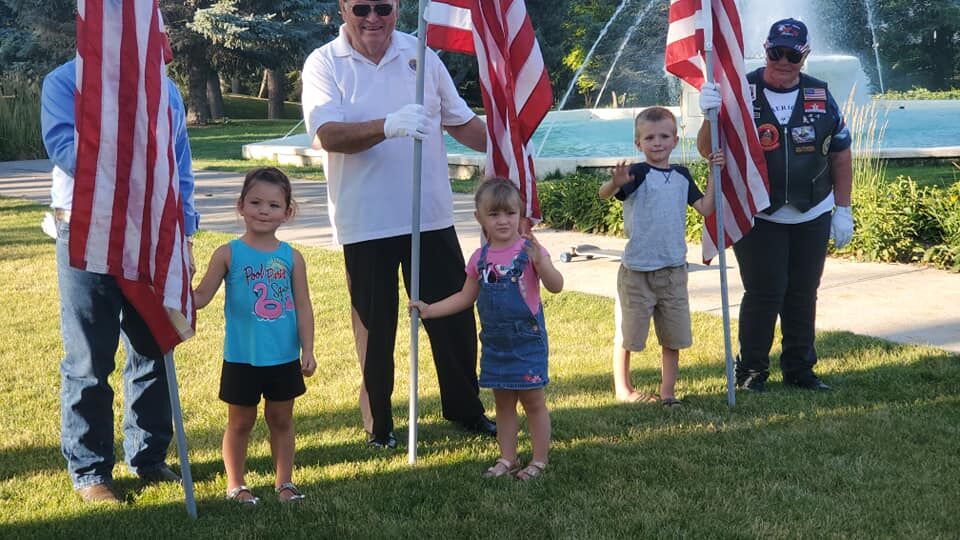 Aubree Bakkehaug, Paisley Gosnell, and Taiton Buck were given the chance to help hold the flags during Roger Bakkehaug's Quilt of Valor ceremony.

Aubree Bakkehaug, Paisley Gosnell, and Taiton Buck were given the chance to help hold the flags during Roger Bakkehaug's Quilt of Valor ceremony.

Surrounded by family, Roger Bakkehaug was honored with a Quilt of Valor in front of the fountain in Alliance on Friday, July 10, 2020.

“A veteran - whether active duty, retired, or national guard or reserve - is someone who, at one point in their life, wrote a blank check made payable to ‘The United States of America,’ for an amount of ‘up to and including their life,” said Steve Stanec, American Legion Post #7 Commander.

“That is an honor that deserves respect. Our debt to these heroic men and women could never be repaid. They have earned our undying gratitude.”

He went to Boot Camp in San Diego, California and then on to Naval training at Port Hueneme,

California. From there he was transferred to Adak, Alaska before going to Vietnam in 1970.

“As I understand it, Roger received his draft notice while serving in Vietnam,” Stanec said. “The Army wanted you,” he added with a chuckle.

“From Vietnam, Roger was transferred to the US Naval Airbase in Bermuda for a year,” Stanec said. “He served overseas for three years, three months and 26 days.”

“Roger was transferred to the Naval Reserves on December 06, 1972, receiving his Certificate of Honorable Discharge on September 22, 1974,” Stanec noted. “Also, he has 48 continuous years of membership with the American Legion. I solute you, Sir.”

Roger is also the commander of the VFW Post 1517 in Alliance.

“Roger, we thank you. We know that freedom isn’t free but because of you and men and women like you who are willing to serve and sacrifice we have the freedoms that we have and we don’t take that lightly.”

“This quilt is meant to comfort you. It is a gift from your friends and family and a grateful nation.”

His quilt was pieced, quilted, and bound by Suzanne Walker of Hemingford in the spring of 2020.