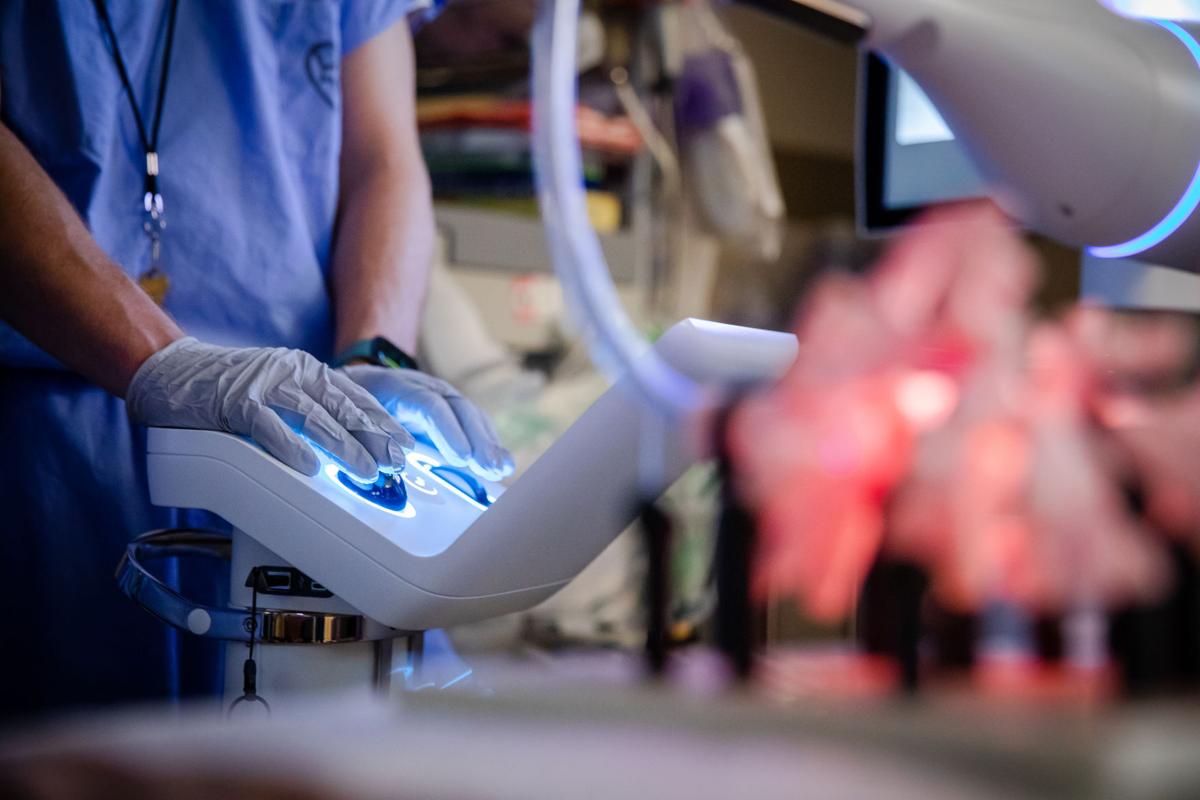 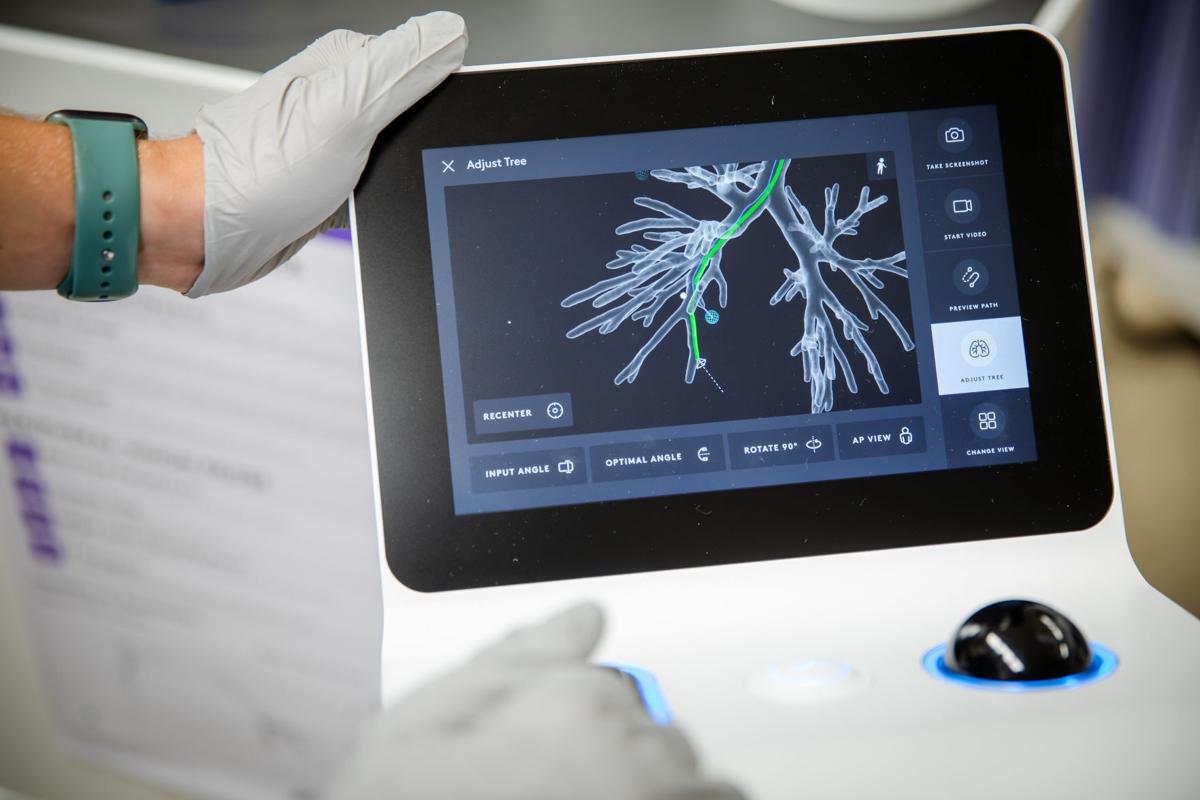 It’s one thing to see a suspicious spot in a patient’s lung on a CT scan.

It’s another to safely navigate the many-branched organ with its tiny air sacs and collect a biopsy of the spot in order to determine whether it’s cancerous.

Now two new robot-assisted surgical systems are helping Methodist Health System physicians go farther into the lungs — in some cases, reaching places they couldn’t safely access before — with the aim of speeding the process of diagnosing and treating lung cancers.

“Lung cancer, and any cancer, is an emergency, so we really want to be able to treat it that way,” said Dr. Sumit Mukherjee, a pulmonologist with Methodist Physicians Clinic and Jennie Edmundson Hospital in Council Bluffs.

The new systems, the Ion by Intuitive, are installed at Methodist Hospital in Omaha and at Jennie Edmundson. They are, according to the health system, the first of their kind in Nebraska and the second in Iowa.

The lung cancer screening portion of the program includes the use of low-dose CT scans to screen eligible patients — criteria are based on age and smoking history — and an incidental lung nodule program launched earlier this year.

If a patient undergoes an abdominal CT and the scan picks up a spot in the lower lung, for example, the software flags providers, allowing them to find a cancer that otherwise might have been missed.

Mukherjee said lung cancers historically have been found when they’re more advanced and harder to treat, often when patients developed symptoms. Lung cancer is the second most common cancer in men and women in the U.S., according to the American Cancer Society, and the leading cause of cancer death.

But screening has allowed doctors to find the cancers at earlier stages. That’s where the biopsies come in.

Until recently, Methodist used a technology called navigational bronchoscopy, which involves threading steerable, flexible instruments down a patient’s windpipe and using GPS-like technology to plot a route to the spot of concern, based on the patient’s CT scan.

Mukherjee said that technology allows physicians to travel a highway that gets close to the spot. The new Ion system allows them to go off road, following a preplanned route the system’s software creates using the patient’s CT scan.

Wells said the system can make precise adjustments with the system’s catheter and navigate sharp angles to get where it needs to go. Previously, if doctors couldn’t reach the spot, they might have to take a wait-and-see approach and watch the nodule, or do a more invasive biopsy, potentially requiring surgery.

Once they reach the nodule, the robotic technology allows the physician to lock the catheter in place. Wells said that eliminates even the subtle movement caused by breathing, similar to placing a camera on a tripod to eliminate motion. The pulmonologist then extends a needle through the catheter into the nodule to obtain a sample.

A pathologist in the procedure room reviews the samples, allowing physicians to diagnose a cancer and subsequently determine its stage all in one bout of anesthesia.

Mukherjee said the first patient he biopsied with the new system had a lesion smaller than a marble that was picked up on a CT scan for another health issue. A PET scan indicated the spot was actively growing and dividing, increasing the probability of cancer to more than 35%.

Based on the patient’s age and smoking history, the team decided a biopsy was necessary. During the procedure, Mukherjee also assessed nearby lymph nodes, not with the robot but with a standard method. They were clear. He said he hoped to get the patient in for surgery in time to complete the diagnosis and treatment process within two weeks, giving the patient a good probability of a cure.

“It is certainly an exciting time for improving the quality of life and survival for patients with lung cancer because of these technologies that are available,” Mukherjee said.

Both Jennie Edmundson and Methodist have roughly doubled the number of lung cancers they’re catching at the two earliest stages, indicating a shift in the stage at which cancers are found.

And while doctors can’t treat cancers during the biopsy procedure now, Mukherjee said, the technology may make that possible in the future.

“What’s exciting is not just how much better this technology is today, it’s all of the future potential applications that this device and this software are going to allow us,” Wells said. “This allows for some incredible future growth in other exciting areas that are still in clinical trials. This is going to be an amazing long-term investment for the hospital and the patients that we serve.”

COVID cases and hospitalizations continue to fall slowly in Nebraska

Nebraska posted 3,980 new cases in the week ending Friday, down 12% from the previous week. But in some parts of the state, transmission levels are still so high that new surges are possible.

If you don't know where your onions came from, throw them away to prevent salmonella, CDC says

A salmonella outbreak that has sickened more than 600 people in 37 states has been linked to various types of imported onions, federal health officials said.

Is chewing on ice cubes bad for your teeth?

A dentist explains why chewing on ice cubes is a habit worth breaking — no matter the cause or the strength of your cravings to keep doing it.

The order makes it easier for physical therapists, speech pathologists and others to get and stay licensed and also loosens restrictions on their ability to care for COVID-19 and other patients.

A food historian spent a month at the Library of Congress trying to answer the question of why we have historically been, and remain, so focused on dietary protein. Here is what she found.

The hardships of almost biblical proportions faced by Grace Koubek for the past six months made attending college and other common activities almost impossible.

Ivermectin has been lifesaving for people with parasitic infections like river blindness and strongyloidiasis. But taking it for COVID-19 may result in the opposite effect. Here's a brief history.

Health departments, private testing companies and others have been working to beef up COVID-19 testing capacity in parts of Nebraska where tests have been hard to come by.

Mindful eating could change your food habits and overall life. Here's how to start

If you want to try mindful eating, here's what else you should know about getting started and potential hurdles. 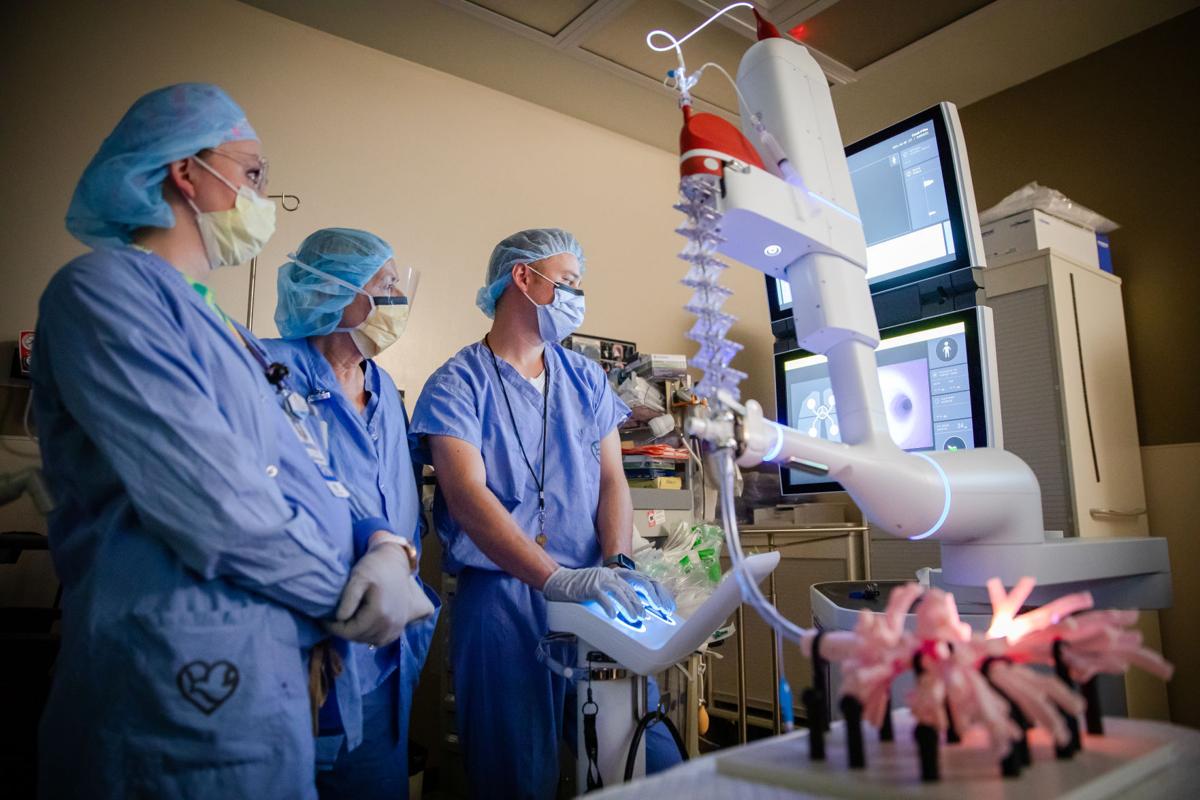 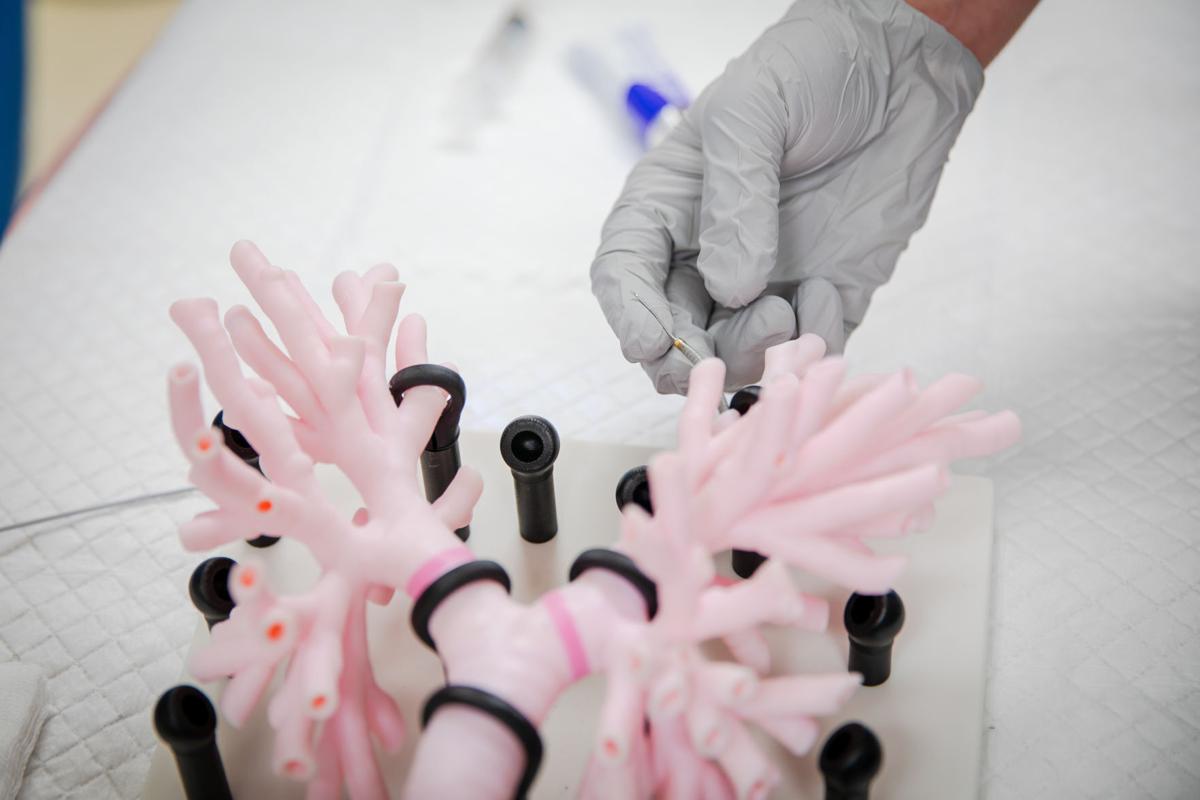 Michael Lee, an Ion clinical representative, uses a model of a pair of lungs to demonstrate the use of the robot-assisted surgical system for lung biopsies at Methodist Hospital. 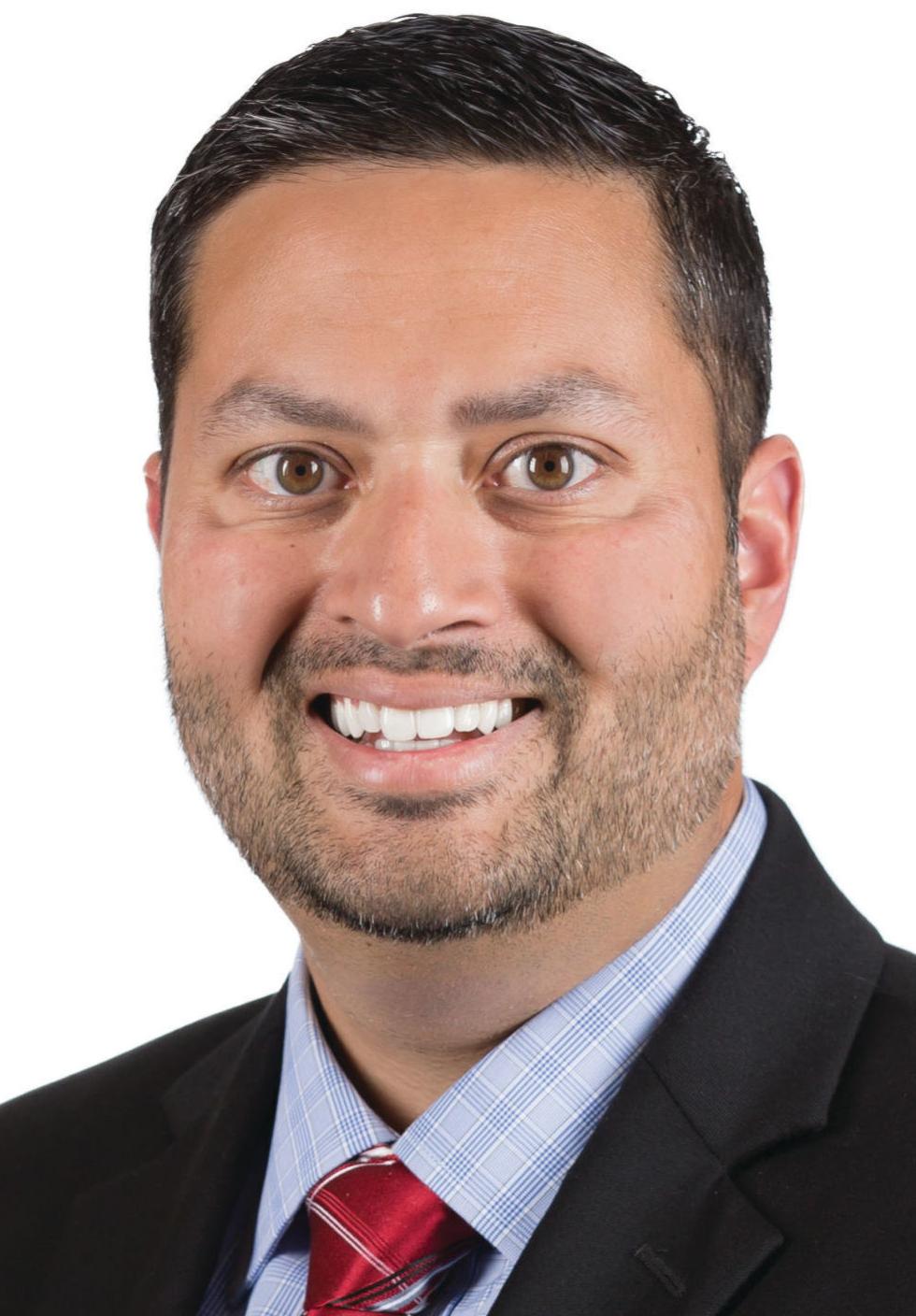 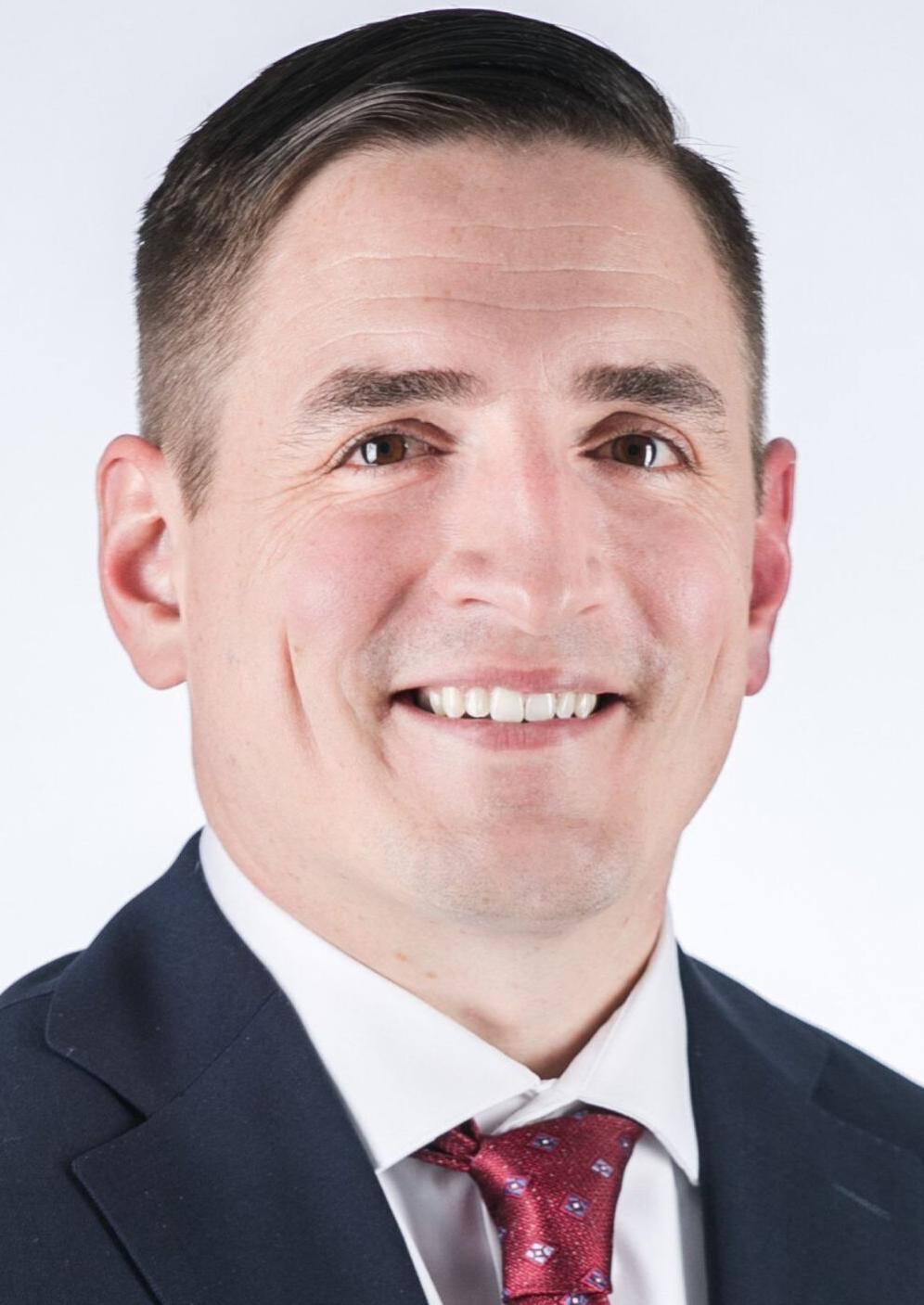