A quick-moving fire tore through a Terrytown house Thursday. A blaze occurred at 24 Michael St. around 12:45 p.m. Firefighters were on hand quickly to douse the blaze, though windy conditions threatened to spread the fire to neighboring homes.

The emergency response was led by the Scottsbluff Rural Fire Department. The department’s assistant chief, Carissa Schank, said the fire’s cause had not yet been determined as of publication.

It took firefighters with the rural department and the Scottsbluff Fire Department around 20 minutes to contain the fire, though they were on the scene for around four hours.

One adult had been in the house, Schank said. It had belonged to a family of six who had just moved in last month. Nobody was injured, though the building was deemed a total loss.

The Firefighter Ministry is aiding the family by providing lodging and vouchers for food.

This was not the first fire the Scottsbluff Rural department had to deal with Thursday. Around 3 a.m., a heat lamp caused a fire in a chicken coop north of Highway 26. The department extinguished it, though the coop destroyed, Schank said.

A woman suffered injuries Monday after a semi struck her vehicle in a crash at the intersection of M Street and Lockwood Oil Road in Gering.

A Saturday morning crash claimed the life of a Bayard man and left two others injured.

The Nebraska State Patrol (NSP) dealt with a crash around 8 a.m. Friday at one of Scottsbluff’s busiest intersections.

Andres J. Gutierrez, 30, of Scottsbluff died at the scene of a crash that occurred on 21st Avenue.

A Morrill man died Sunday morning in a one-vehicle crash on Highway 26.

Watch now: ‘I’m standing here because of it’: Men honored for rescuing sheriff’s deputy after crash

Scotts Bluff County Sheriff's Deputy Josh Ruzicka was able to thank three men who saved his life last week. The men, Keagan Shifflett, Robert Regester and Kealan Hawley, were honored for their quick action after Ruzicka was involved in a crash.

Crews with power companies and others are out today repairing damages from last night's storm. The NWS data reported the fastest wind speed was recorded at West Nebraska Regional Airport at 83 mph, shortly before 7:53 p.m.

Firefighter Ministry is assisting a Lyman family after a fire destroyed their mobile home.

Grass fire burns more than a mile along County Road 24

Four departments battled a grassfire east of Scottsbluff Thursday, and handled at least 2 others. High winds are making fires susceptible to rapid spread. 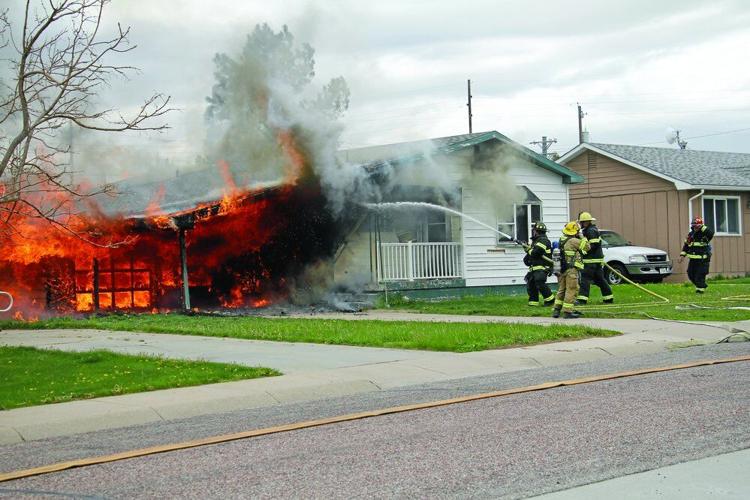 Firefighters push back flames to extinguish a house fire in Terrytown Thursday. 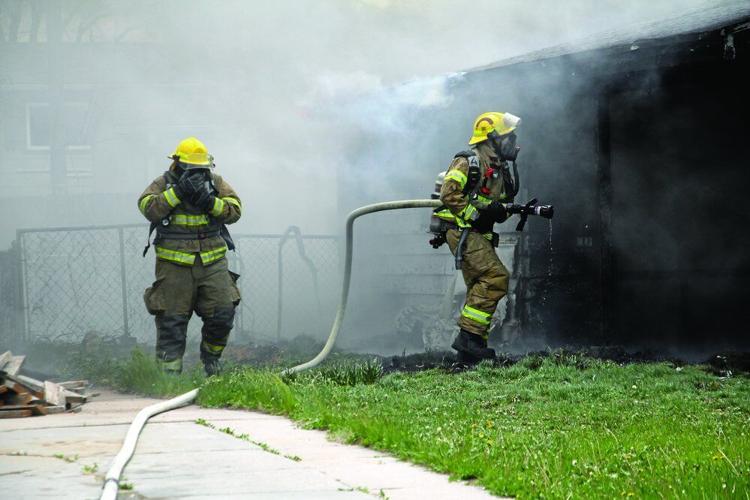 A pair of firefighters search the smoldering building to see if there are any flames to extinguish. 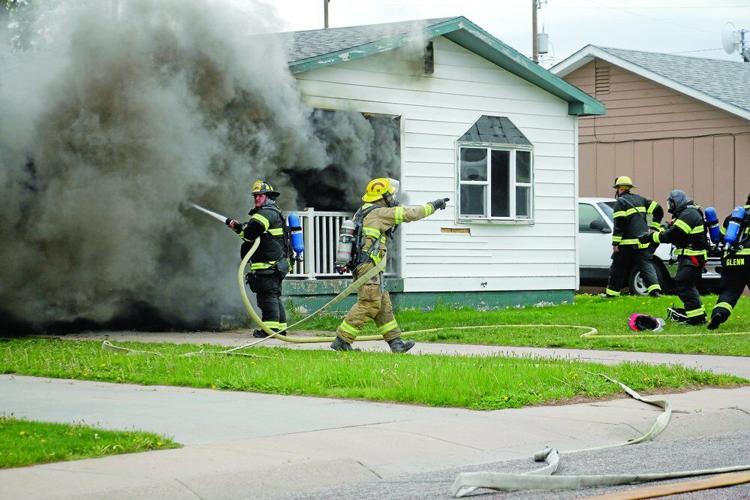 Firefighters gear up to tackle a house fire in Terrytown Thursday. 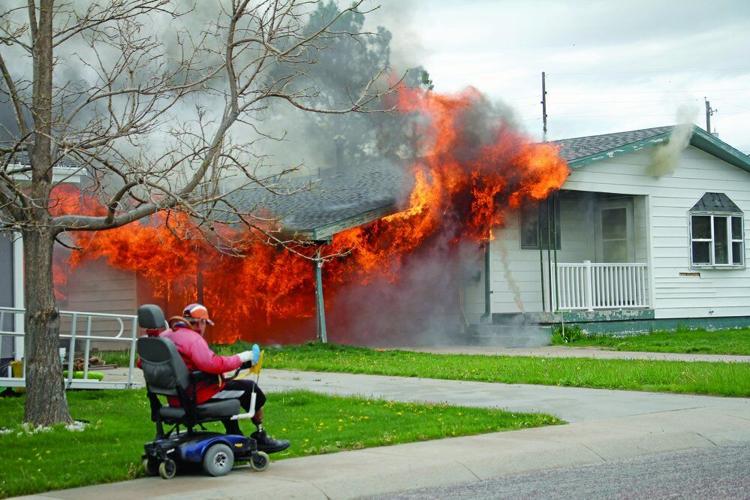 Ron Doremus watches as his neighbor's house at 24 Michael St. in Terrytown burns down. Doremus was outside moving a rug in from the rain when he saw smoke and alerted emergency services, who had already been notified and had dispatched firefighters.