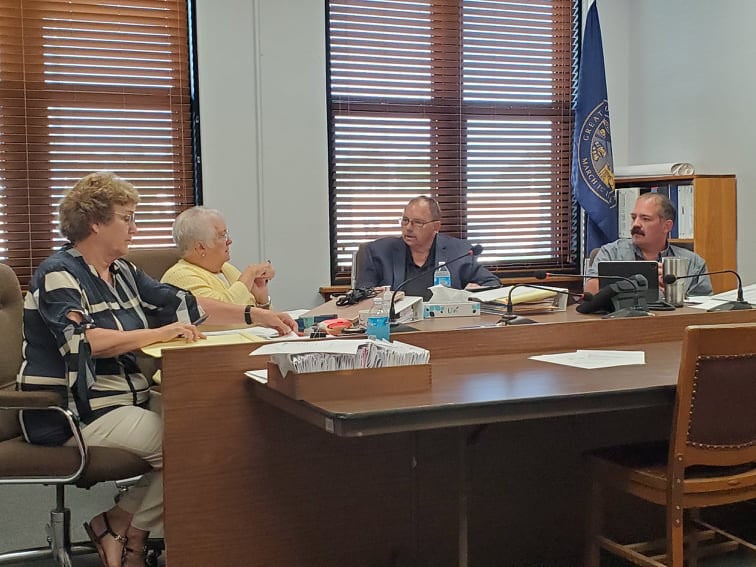 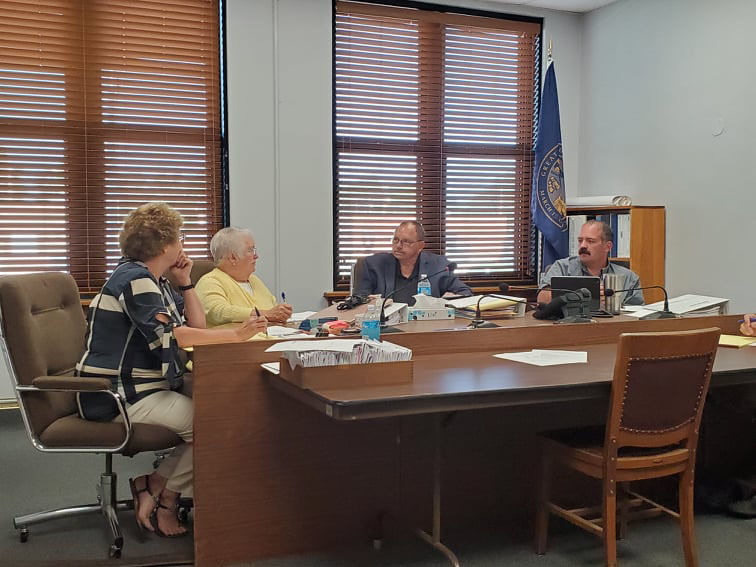 Frost passed out a list of some of the capital improvements that the fair board had compiled over the last couple of years.

“What we want to do is focus on some of the improvements that need to be made at the fairgrounds,” Frost said. “Basically, what we are asking, over the last eight years we’ve been struggling to pay for a fair much less make improvements to our fairgrounds. So we’ve gone through and listed some things that need done because they’ve been neglected due to lack of funds.”

“We’ve had to change our entertainment over the past few years,” said Henzler. “The cost for entertainment has just gone through the roof; we can’t get new and upcoming artists anymore. Once they have a hit, they are up to at least $50,000 and we can’t pull that off. I think it has worked out anyway because people seem to enjoy the entertainment that we are getting.”

“We have been at a standstill with improving things,” he said. “Our number one improvement that has to be made is to the 4-H building, the roof leaks. We repaired it three years ago with new screws and tar but now it needs to be replaced. It’s been leaking the last three years so the insulation will all need to be replaced so we’re estimating the cost at $40,000. While we are doing that, we’d like to replace the old lights with the big bulbs that use too much energy with LEDs. Upgrade that and make the lighting better.”

Frost and Henzler reported that water comes through the florescent lights when the 4-H building leaks.

“We’ve got the money that we get from the county and sponsorship funds but it seems like the money that comes in is just to cover the fair and we have nothing left to make repairs or upgrades,” Frost said. “We’ve been operating on a pretty tight budget for years now.”

“We did add cement in the barn,” Henzler said. “That was $60,000 worth of donated materials and the labor was all donated as well. We got that done without bothering you guys, we try to do as much as we can by ourselves.”

The multipurpose hall was also pointed out as needing updates and repairs. It gets used by the public and a lot of times the electric bill for that building is often very high.

“We try to keep that open to the public for a donation but it definitely doesn’t cover the bill,” Henzler said.

Commissioner Chairman Susan Lore said, “I don’t remember you guys ever asking for more money from us before.”

Frost said, “We’ve tried to take care of everything ourselves.”

“As long as we can legally do it, we try to just do everything ourselves,” Henzler added.

“A lot of the expense, labor, and materials have come out of the fair boards pockets,” Frost said. “Most of us spend a lot of hours up there prepping for fair. It’s getting to be an expense that is a little too much for us to all cover sometimes.”

“I feel like we have pretty good public support from people attending the fair,” Henzler said. “I’ve been swine superintendent for 30 years and I remember when I only had 25; my highest was 56 a couple of years ago and there are 48 this year. It’s full. Not only with swine but beef and everything else as well; sheep seem to be dwindling a little and the goats go up and down but swine has been in the 50 range ever since we’ve been in the big barn.”

Also during the commissioners meeting the board heard a request from Roger Schledewitz to vacate County Road 66.

“This is a little different from a typical vacation because we don’t have a road there,” Lore said.

“This is an example of if you do it right, we don’t have a problem but if you do it wrong then you have five years of pending litigation,” County Attorney Terry Curtiss told the board.

“It’s a liability issue and I don’t want to see any problems from my stand point,” Schledewitz said. “From a public standpoint, there’s highway 2 on one side of me and highway 385 on the other so there’s really no need to use this as a county road or to build this as a county road.”

Following some discussion a hearing was set for Aug. 16 to vacate CR 66.

The Torrington City Council heard a tribute for Lt. Harley Lorenze Mark, by Torrington Police Chief Matt Johnson on the anniversary of his dea…

On Aug. 21, 2017, thousands of people from across the world gathered in Scotts Bluff County to witness one of nature’s most breathtaking sight…

ASK A COP: Can teens with a school permit drive to activities?

Q. Are teenagers allowed to drive to football games if they have a school permit?