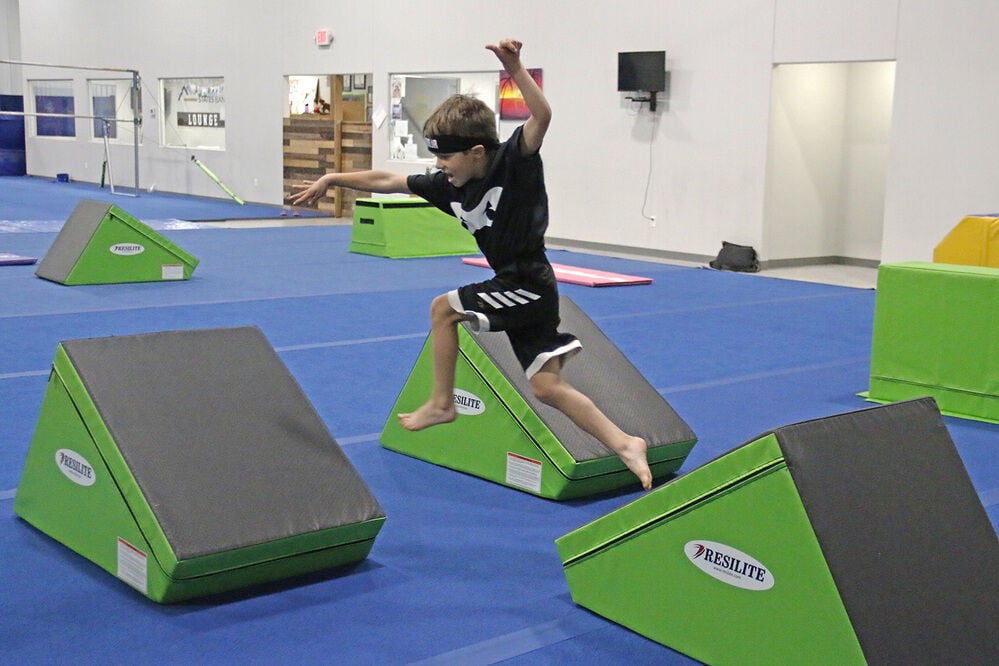 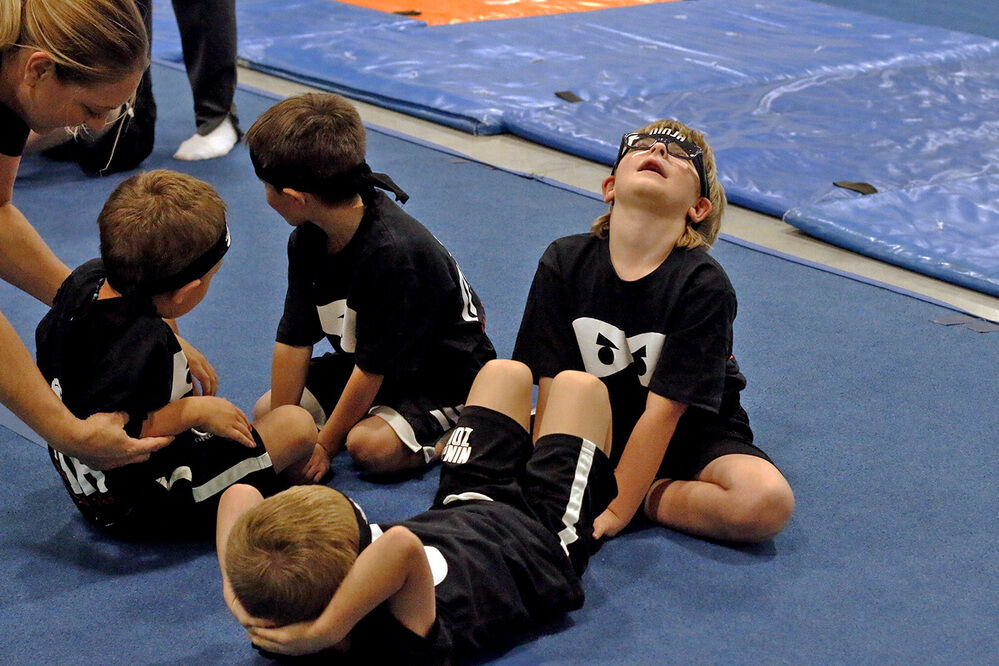 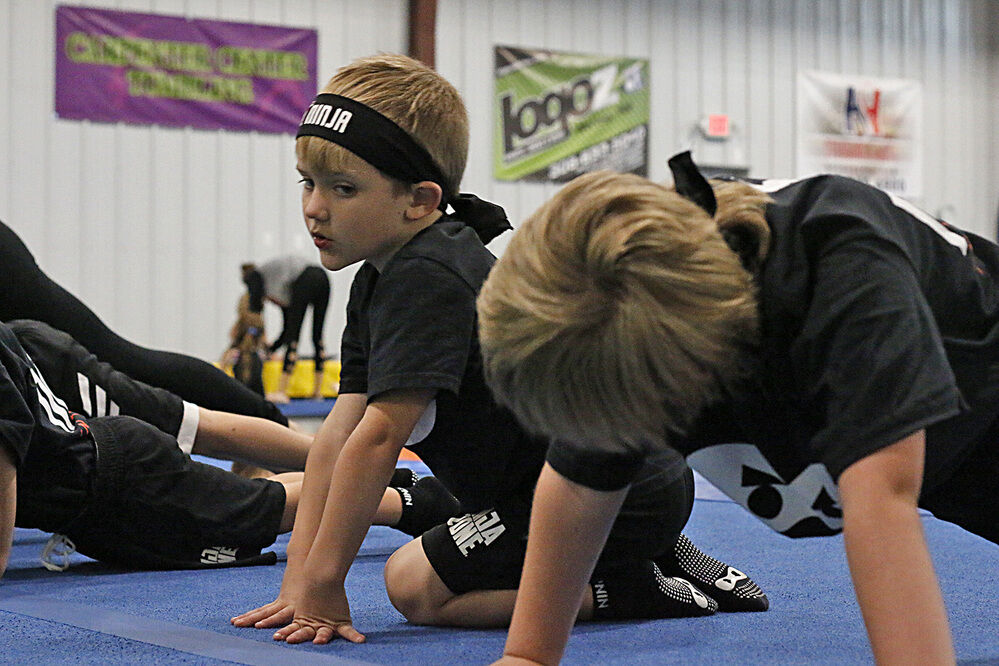 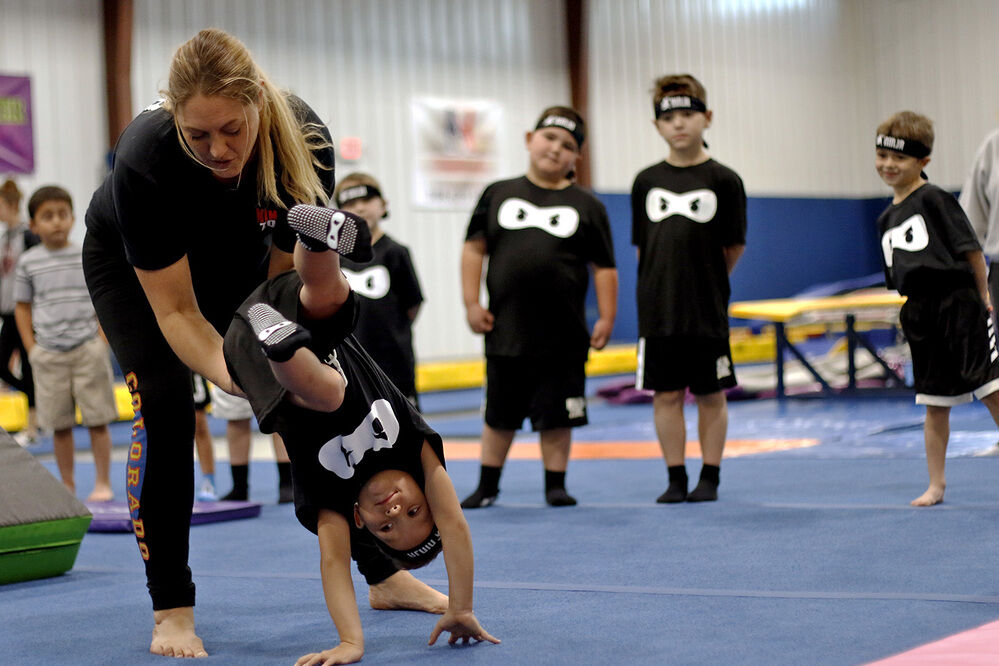 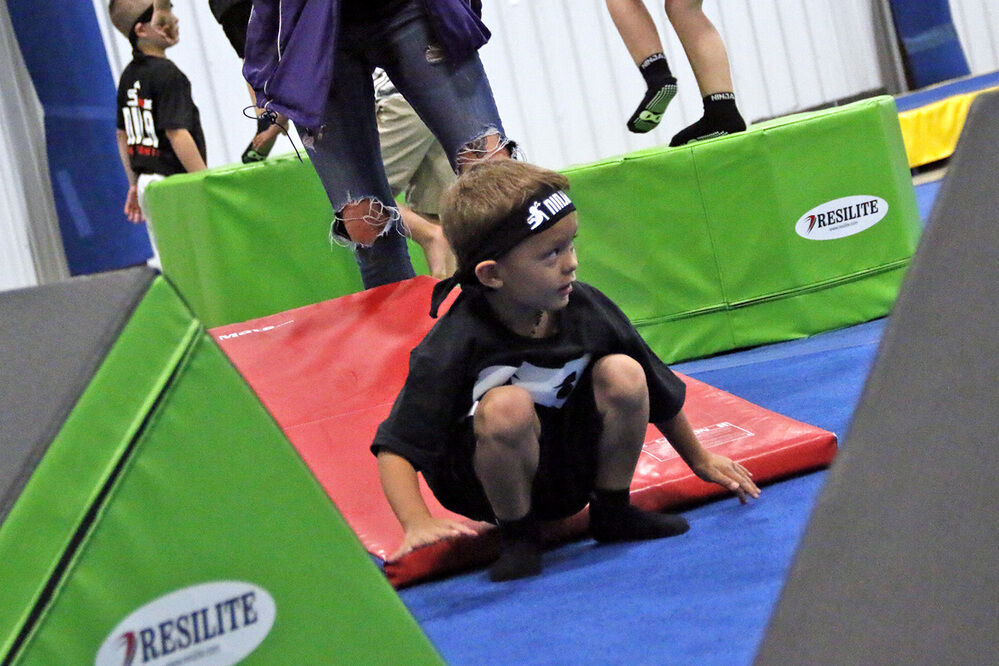 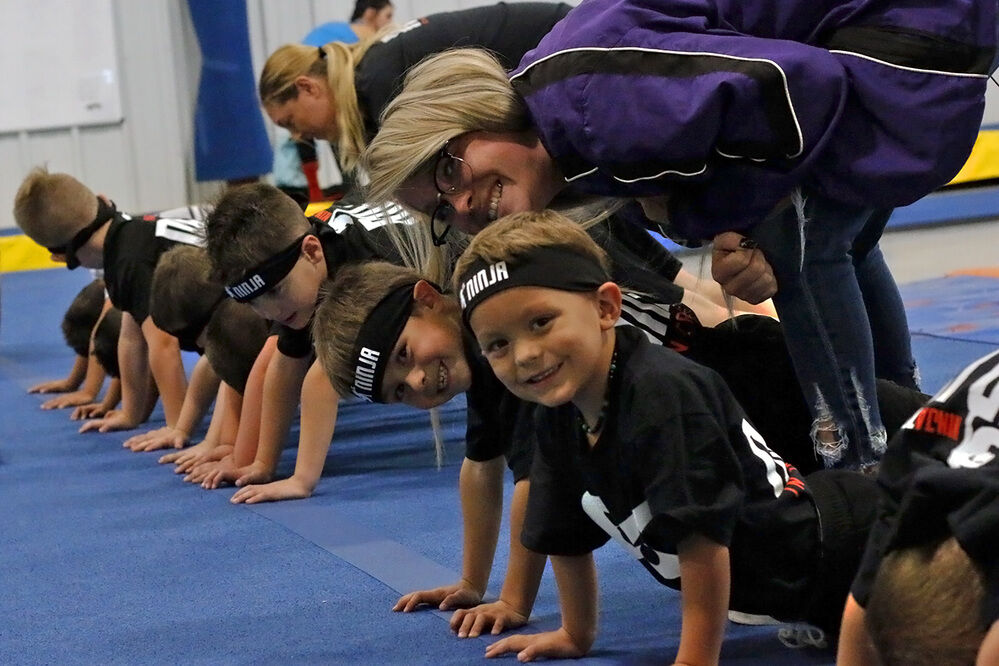 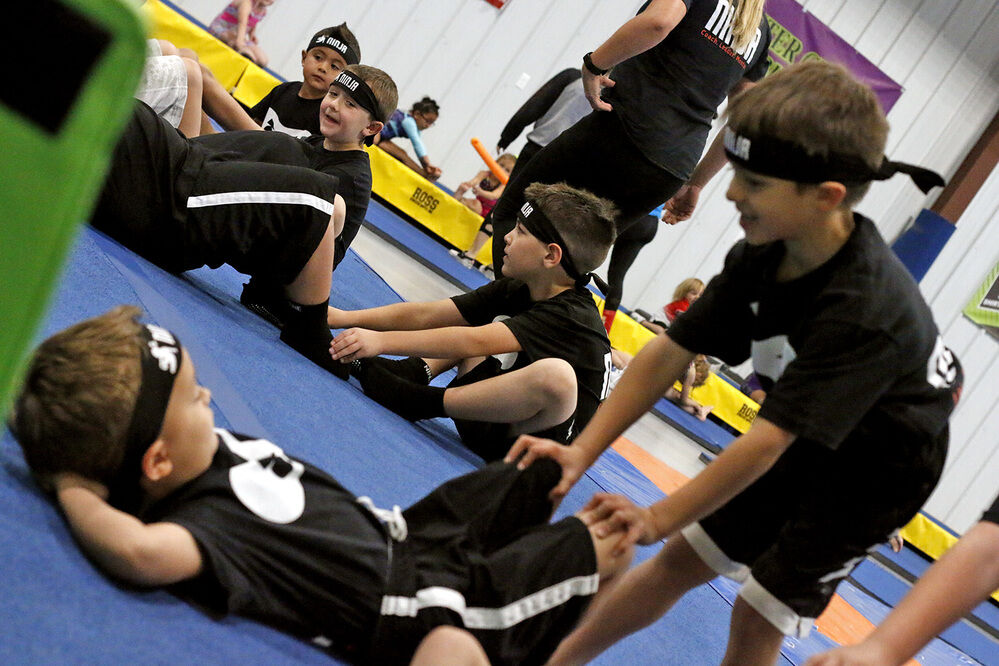 The program is meant to integrate into existing gyms, according to the Ninjazone website. It’s a fusion of martial arts, gymnastics and other freestyle movements with a tiered system of advancement.

There is a $20 registration fee for the program. The fees increase as students advance in the program.

Youel said the program is designed for kids to learn at their own pace and each month has a theme. October’s theme is zombies.

The 4- to 7-year-old class on Tuesdays and Thursdays has a waiting list, Youel said.

So far, the program has been a hit. Youel said they have about 42 kids enrolled, surpassing her expectations.

While the program officially got started in October, Youel said it has been in the works since January.

“Then we had COVID,” Youel said.

Directed health measures had closed gyms in March, Youel said. They were able to get the necessary equipment during the shutdown for the ninja training, including the versions of the famous warped wall and floating steps, after receiving money from the City of Terrytown.

They also had an anonymous donor give some gymnastic equipment in the same period.

Otherwise, Youel said the interim period before the center could reopen was tough. Youel said she filled her time with TK and fell off a 6-foot ladder in April.

“It was really stressful,” Youel said. “We were at like 248 kids before COVID.”

Youel’s programs are making their way toward a rebound, with an enrollment of 146, according to Youel.

“Their main thing is ‘We need something for our kids in this community.’ there’s not really a lot,” Youel said. “We have this big facility, why not utilize it more?”

A 15-year-old girl from Bayard was injured in a jet ski accident Saturday night at Bridgeport State Recreation Area, west of Bridgeport. She i…

The Nebraska State Patrol has released the identity of 45-year-old Scottsbluff resident killed in a crash near Gering Friday.

The Nebraska State Patrol is investigating a fatal rollover that occurred Friday southeast of Gering.

MITCHELL — The Nebraska State Patrol confirmed a 74-year-old Mitchell man died as the result of a crash on Highway 26 Wednesday.

Film crew to film in Scotts Bluff County next week

A film crew will be using the highways of western Nebraska for a production next week, according to discussion at Monday’s Scotts Bluff County…

Scottsbluff firefighters battled a blaze in the 1200 block of Ninth Avenue Saturday afternoon. The house, which is unoccupied, sustained heavy…

Classic and custom cars will cruise the streets of downtown Gering as the Rock-N-Roll Father’s Day Classic returns June 18 and 19.