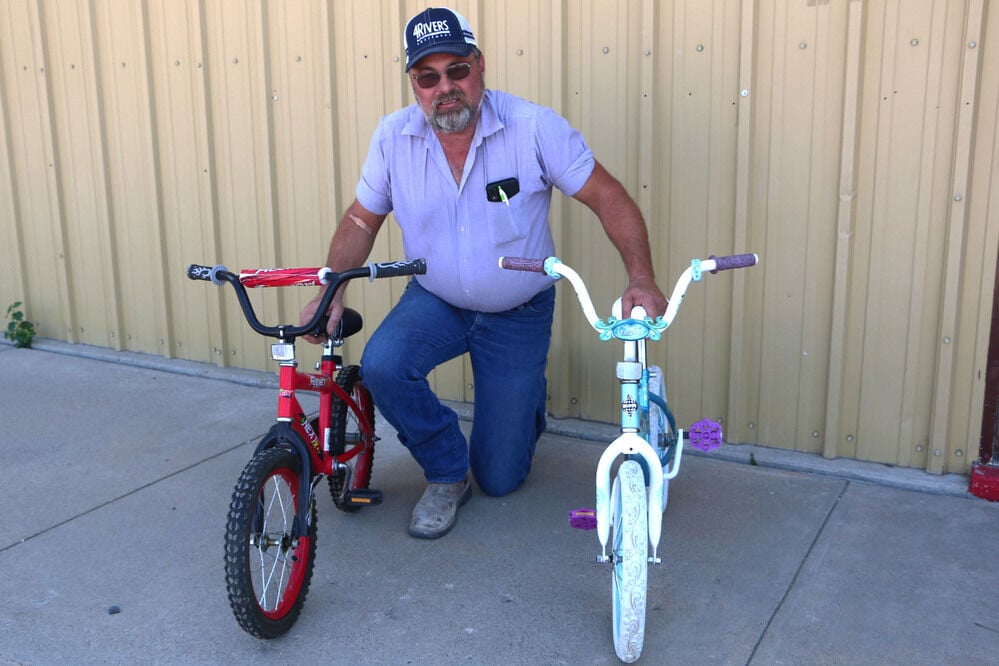 Jerry Andrew poses with two bikes that he plans to donate to a child in need through his new ministry Bikes for Kids. 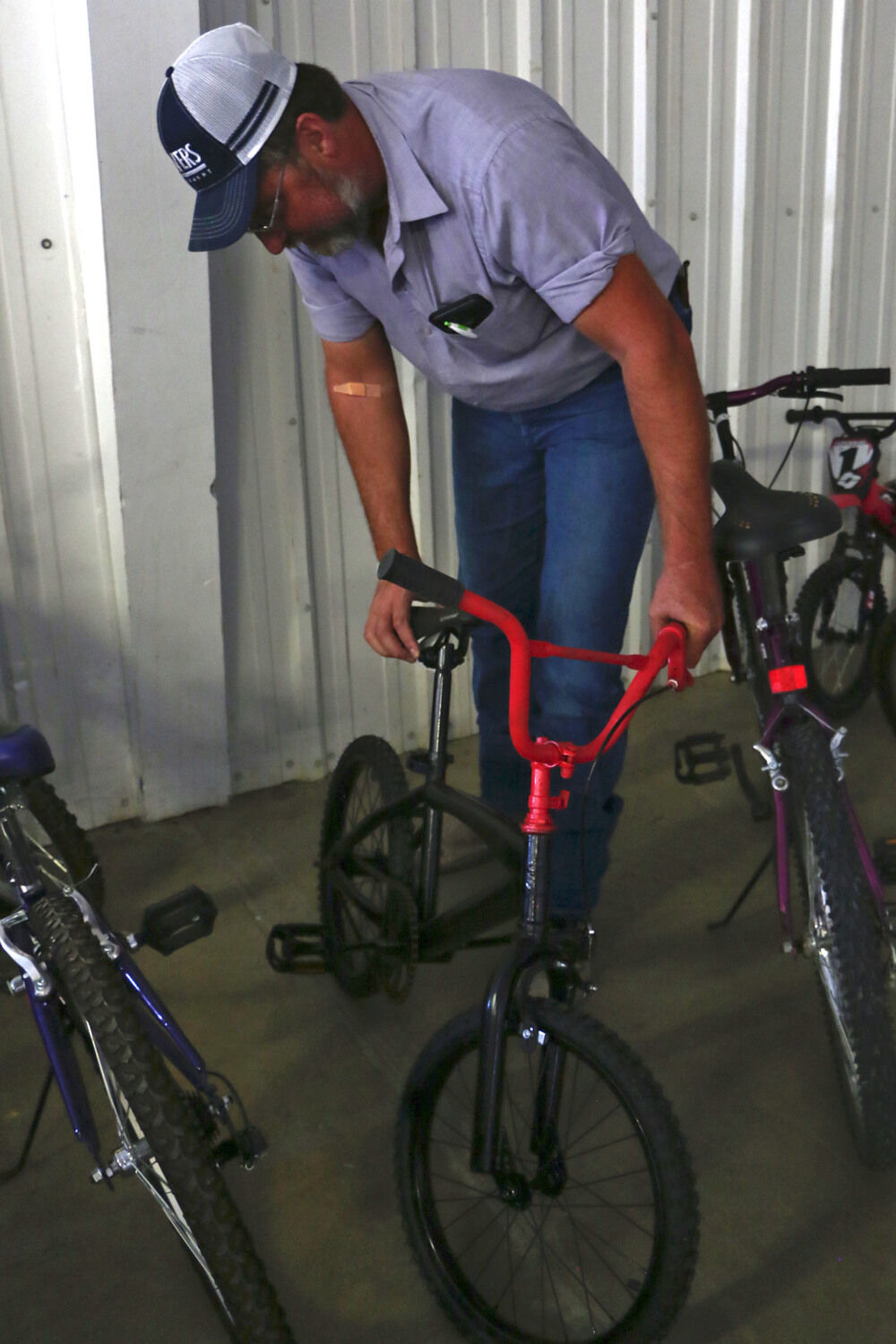 Jerry Andrew shows off the bike that started it all. He completely repaired and repainted the bike so it would be safe and ready to go home with a child in need.

When Jerry Andrew bought a house in the bluffs about a month ago, a kid’s bike was left in the garage from the previous owners. He wasn’t sure what to do with, but he didn’t want to just toss it in the trash. So naturally, he decided to use it to launch a new ministry.

Andrew, who has been attending the First Baptist Church in Scottsbluff off and on for nearly five years and recently, began attending regularly, brought up his idea for the Bikes for Kids ministry to Pastor Ben Poole not long after he discovered the bike at his new house. Poole, along with Deacon Chris Smith who is involved in a lot of the church’s ministries, were all for it.

“We were really excited about it and wanted to encourage him,” Poole said. “We wanted to have him jump into his own ministry that God was leading him to.”

Andrew’s idea was to take donated bikes, fix them up and give them out to children who don’t have one, whether it’s because they lost theirs in a fire or their parents couldn’t afford one or for any other reason.

At first, Andrew wasn’t sure what to call the ministry; he just knew he wanted to do it. Finally, he came up with Bikes for Kids.

He started up the ministry by mid-August, fixing up and even repainting the old bike. Since then, Andrew has acquired about 20 donated bikes and has given away two.

“One was for a family who had a fire,” he said. “They were both girls’ bikes. And one little girl just didn’t have one.”

Andrew said he has been happy with the reception of his ministry so far and hopes to continue expanding it. He said he wants to reach as far as Bayard and Torrington, Wyoming.

Having been a firefighter for over 30 years, Andrew said, he’s seen a lot of bad things happen to kids, like losing their bikes, and he knows how much it would mean to them to get back something they lost. That’s why he is working with the church’s Firefighter Ministry, who will let him know when a child has lost a bike in a fire and is in need of a new one.

“This is just one more way where we’re … basically meeting needs, practical needs, and just loving people through that,” said Poole. “We just want to continue to be a blessing in a tangible way to families and kids in our area.”

Andrew has already partnered with a few bike shops in town for various parts he might need to fix up a bike. He hopes to partner with law enforcement as well, since they often deal with stolen bikes or missing bikes.

“I want to try to brighten up their spirits, I guess,” he said. “If I could put a smile on one kid’s face, then that makes it worth it.”

If you have a bike that you would like to donate, call First Baptist Church at 308-635-2548. Andrew is also taking monetary donations to help pay for parts. He said he is particularly in need of 12- to 18-inch girl bikes at the moment but will take just about any bike that can be fixed up.

Alliance school board, PPHD at opposite ends of COVID-19 investigations

Authorities are investigating a two-vehicle crash that sent a 76-year-old Scottsbluff man to the hospital with unknown injuries.

Former Gering teacher to plea to charges in sexting investigation

A former Gering teacher is expected to plea to charges in an investigation involving allegations he sent illicit texts to a 16-year-old girl.

After PPHD identified multiple people who tested positive as having attended a Bayard market, the Heirloom Market has been identified as a community exposure site. Persons should monitor for symptoms.

Risk of contracting the coronavirus continues to increase in the Panhandle, with health officials noting Monday that the risk dial had moved u…

Third phase of Farmers to Families Food Box will run through Dec. 18

On Friday, CAPWN kicked off another round of Farmers to Families food giveaways that will run through Dec. 18.

Officials have released 33 inmates and 10 employees have been confirmed COVID positive at the Scotts Bluff County Detention Center.

Jerry Andrew poses with two bikes that he plans to donate to a child in need through his new ministry Bikes for Kids.

Jerry Andrew shows off the bike that started it all. He completely repaired and repainted the bike so it would be safe and ready to go home with a child in need.