A former public defender convicted of possessing cocaine has filed a motion for a new trial.

In January, former Box Butte Public Defender Jon Worthman, who lives in Scottsbluff, was found guilty of a charge of possession of cocaine with the intent to distribute, not less than 10 grams but more than 28 grams, a Class ID felony. The finding came after a bench trial in September 2020 in front of Judge Richard Birch, an 11th District Court judge in North Platte. 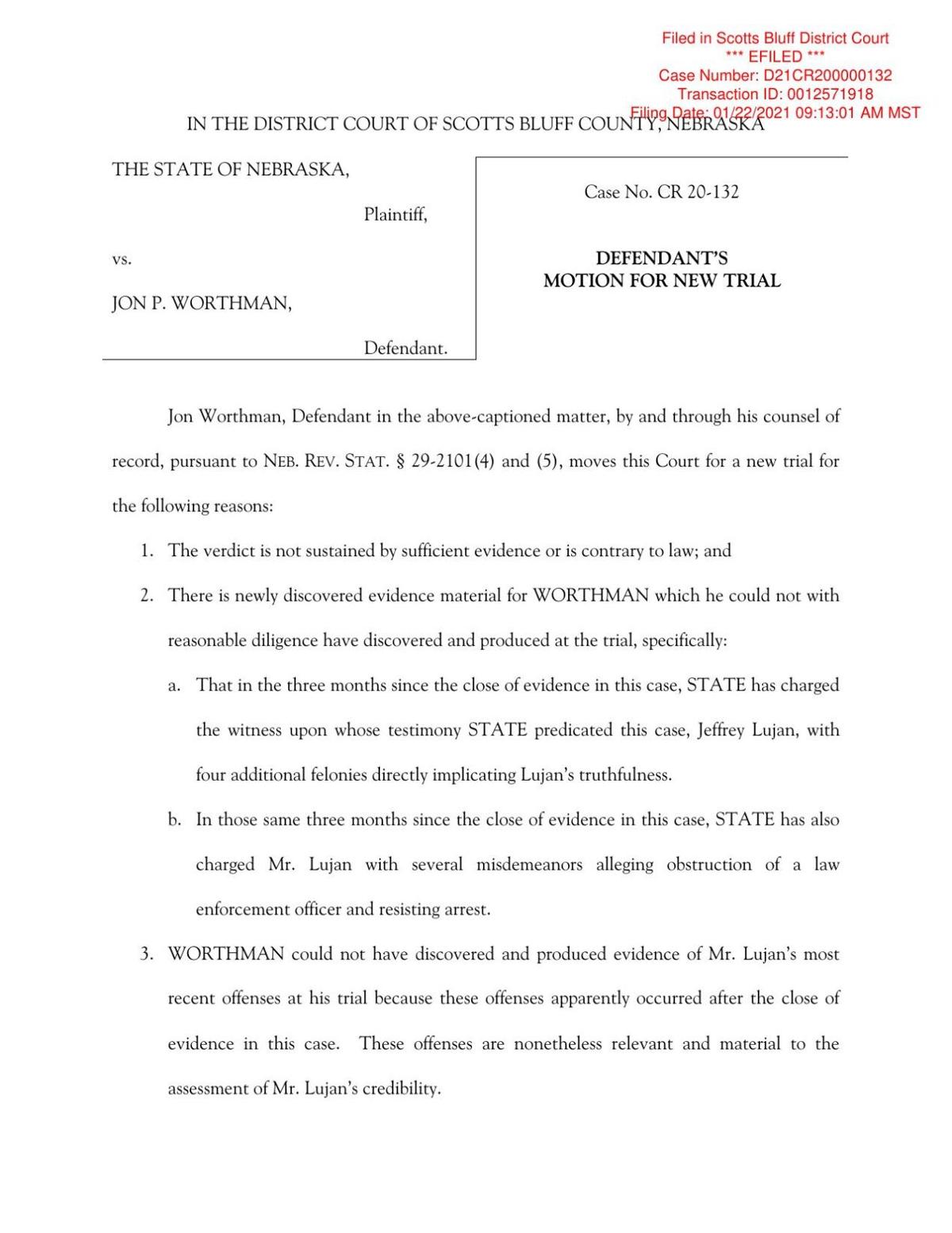 The conviction stems from the Jan. 7, 2020, arrest of Worthman after he had arranged to purchase two eight balls of cocaine from an informant. Investigators observed the controlled purchase and arrested the man.

Worthman is scheduled to be sentenced on Friday, however, his attorney, Maren Chaloupka, has filed a motion for new trial. A hearing on that motion is also scheduled for Friday.

In the motion, Chaloupka takes aim at the state’s main witness, the informant who took the stand, Jeff Lujan. Lujan had testified that he provided drugs to Worthman, who Lujan said claimed that he was doing favors for Lujan and his associates, such as ensuring that prosecutors didn’t file charges in assaults, weapons and drug cases. According to evidence at trial, investigators could not substantiate such arrangements, and Chaloupka argued during the trial that Worthman had conned Lujan to acquire drugs for his own personal use.

Since trial, at least five cases were filed against Lujan in Scotts Bluff County. Just this week, a plea agreement in one case resulted in the dismissal of charges in multiple cases in district and county court after Lujan pleaded guilty to one count of second-degree forgery, a Class II felony.

Chaloupka says that those charges raise questions about Lujan’s credibility and truthfulness. She also questions the cooperation agreement that the state entered into with Lujan. According to Chaloupka’s filing, the state extended its cooperation agreement with Lujan and allowed him to breach multiple terms of the agreement. However, the defense didn’t have access to communications, conversations or new agreements during the discovery process, she said, and discovery should be re-opened.

A Scottsbluff man faces charges of felony shoplifting and drug possession after an arrest at a Scottsbluff store.