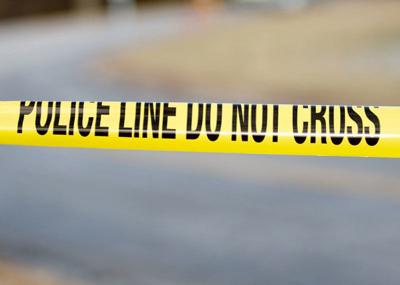 Troopers and investigators with the Nebraska State Patrol are leading an investigation into a shooting that occurred at a residence near Broadwater.

At approximately 6:30 p.m. Monday, troopers were requested by the Morrill County Sheriff’s Office to assist at the scene of a family dispute which resulted in the shooting death of Rodney Bennett, 57. The Morrill County Sheriff’s Office had arrested Joseph Bennett, 29, before troopers arrived, according to information released by the State Patrol.

Rodney Bennett is reported to have been the father of Joseph Bennett.

The Nebraska State Patrol was requested to be the lead agency once it was learned the victim had died due to his injuries.

Investigators were assisted by the Sidney Police Department and members of the WING Task Force.

An autopsy is planned as the investigation continues.

Authorities arrested a 36-year-old Lyman man Monday after he allegedly stabbed a Lyman police officer responding to a report of shots being fired at a residence in the community.

Police arrested a Gering man accused of stealing a vehicle and being in possession of illegal drugs and a stolen vehicle.

BIG SPRINGS — A South Platte School District employee and former coach is charged with two counts of first-degree sexual assault of a child plus three additional felonies for his alleged involvement with a student within the district.

A Lincoln man held up a grocery store using nothing but his hands Friday afternoon, robbing La Illucion of a cash register before employees caught and detained him, police say.

The victim told police the 29-year-old had punched, strangled and kicked her repeatedly over the course of four hours as he confined her in their apartment.

Authorities arrested a Lyman man Friday, Aug. 26 after a woman accused him of threatening her with a machete.

Two area men were arrested Sunday after they were allegedly found possessing methamphetamine.

Native Americans shared their experiences in the judicial system as judges from state, tribal and federal courts listened during a meeting ear…