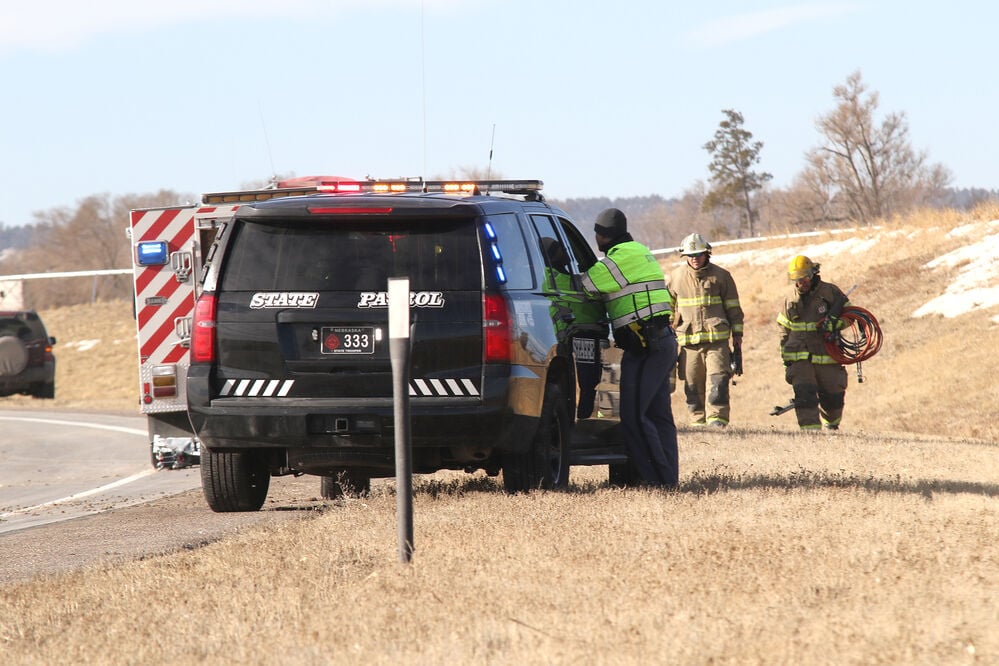 Nebraska State Patrol discuss the accident at the scene off Highway 71 near 14th St. on Tuesday. 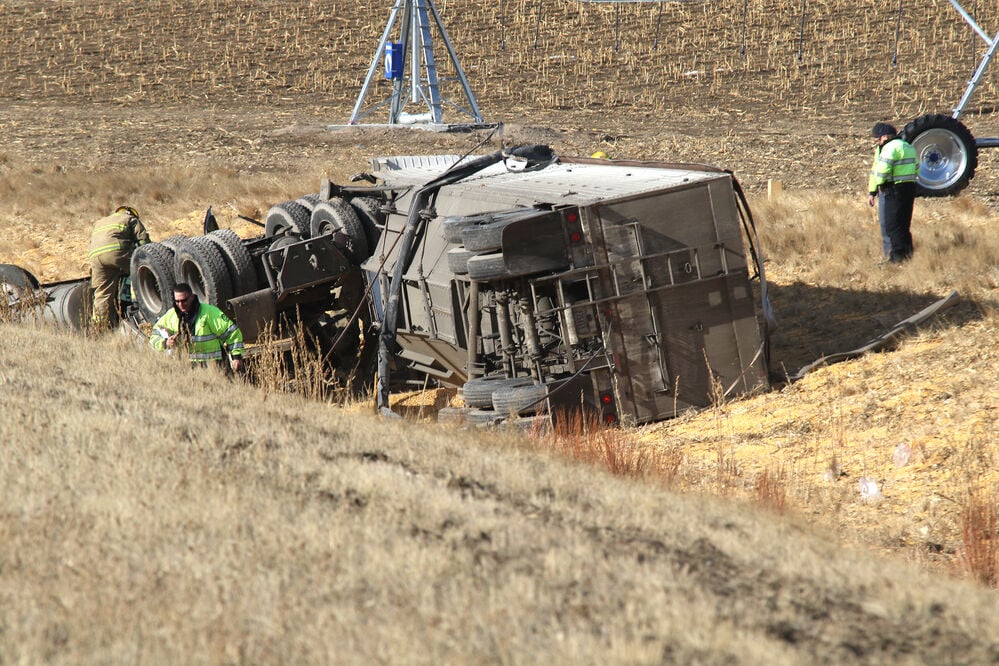 Firefighters investigate the truck after finding it rolled over off Highway 71 Tuesday morning. 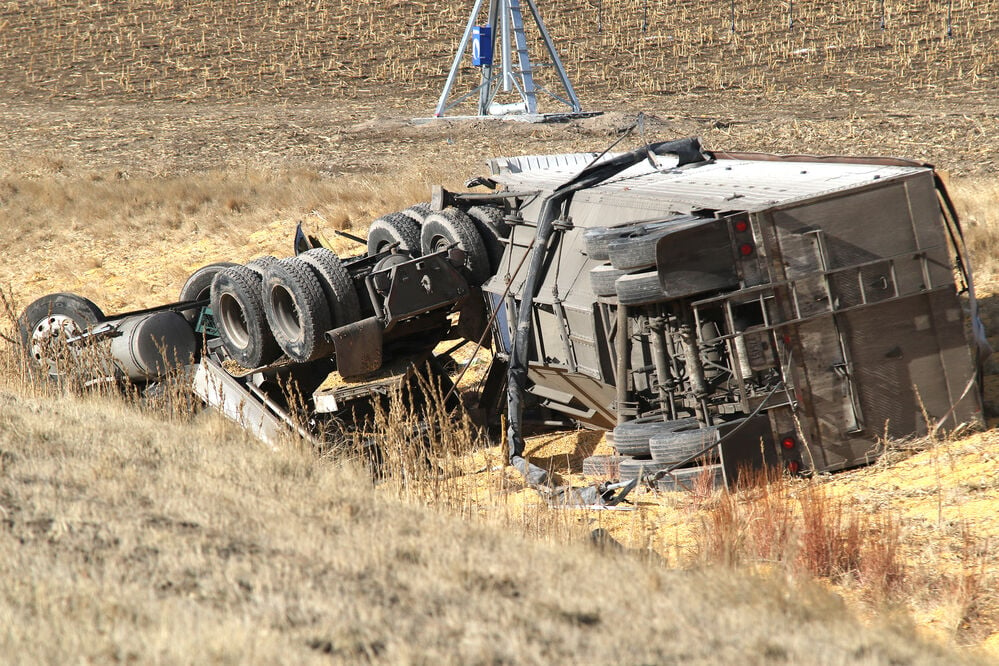 A truck was found rolled over in a ditch off Highway 71 Tuesday morning.

Russell Beeman had been the driver in a crash at Highway 71 and 14th Street, which occurred at about 8:30 a.m. Sgt. Chris Baer said that Beeman, traveling in a 1995 Peterbilt semi, drove off the highway, rolling the semi and losing the 1,100 bushels of corn that he was hauling.

The semi, owned by Molitor Trucking, was totaled.

ASK A COP: Can I boat on Terry’s Lake?

As crews finished up responding to the Highway 71 rollover, a second semi rollover was reported at mile marker 37 on Highway 71, which is near County Road W and at the base of the Wildcat Hills, Baer said. A semi, driven by Gambold Tserendorj, 63, of Aurora, Colorado, was blown over by high winds. At the time of the rollover, winds were ranging from 40 to 50 miles per hour.

Tserendorj didn’t suffer any injuries in the crash.

Later, the Nebraska State Patrol assisted at the scene of a second semi impacted by high winds at a Highway 71 exit on the expressway. That incident resulted in the exit being closed for at least a couple of hours, but no injuries were reported.

A 20-year-old Gering man has been accused of sexually-assaulting a 15-year-old girl in the summer of 2019.

Authoroties have located a missing toddler, Jade Nicole Sides, who had been the subject of an Endangered Missing Advisory.
Crime

Febronio Plasencio Jr., of Scottsbluff, 37, has been sentenced to jail after stealing from a GoFundMe account that contributors believed would benefit the children of a woman killed in a 2019 crash.

A Casper woman died in the shooting and a 26-year-old man remained in a Lincoln hospital Monday in grave condition, Sheriff Terry Wagner said.

ASK A COP: Can I boat on Terry’s Lake?

Q. Can I helm my sail boat on Terry’s lake?

Sheriff Terry Wagner said Christian Alexander was shot first after pointing a gun at a State Patrol trooper, then at two troopers and a Lincoln officer, identified by acting Police Chief Brian Jackson as Jesse Hilger, after the SUV came to a rest.

Nebraska State Patrol discuss the accident at the scene off Highway 71 near 14th St. on Tuesday.

Firefighters investigate the truck after finding it rolled over off Highway 71 Tuesday morning.

A truck was found rolled over in a ditch off Highway 71 Tuesday morning.