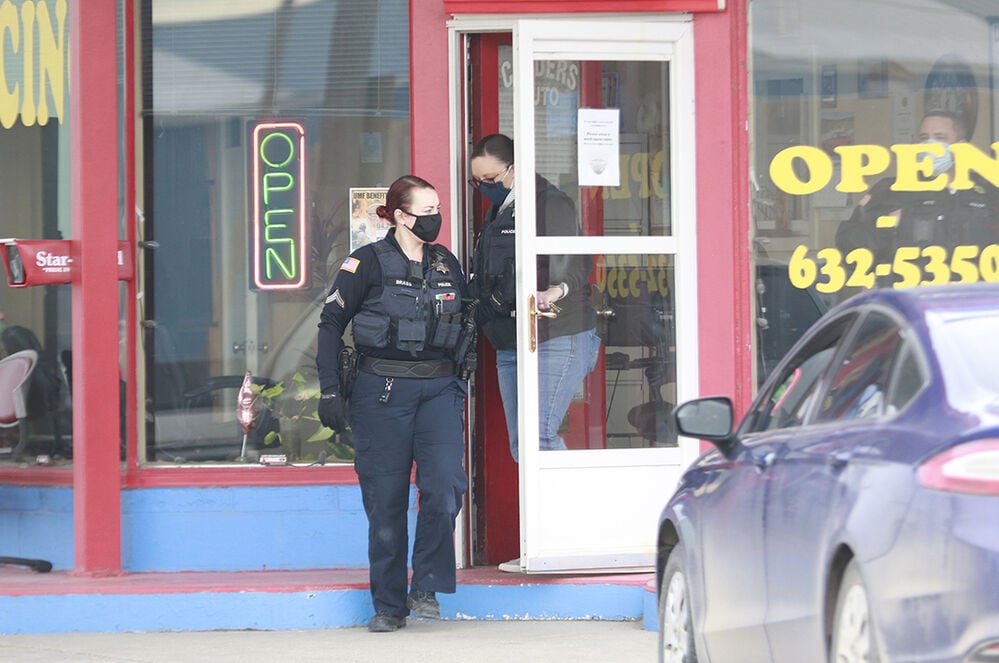 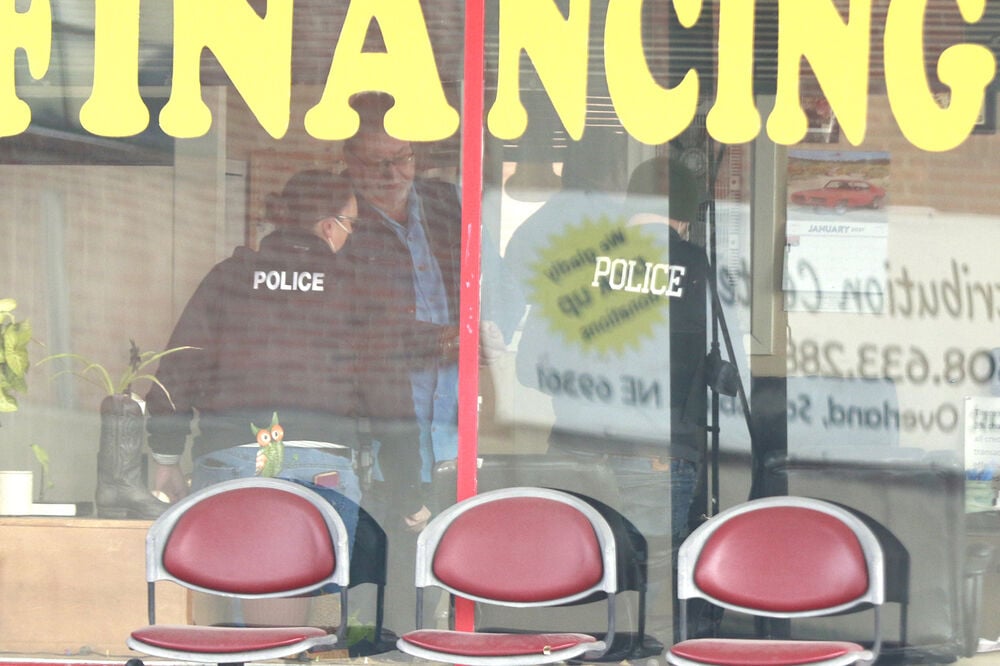 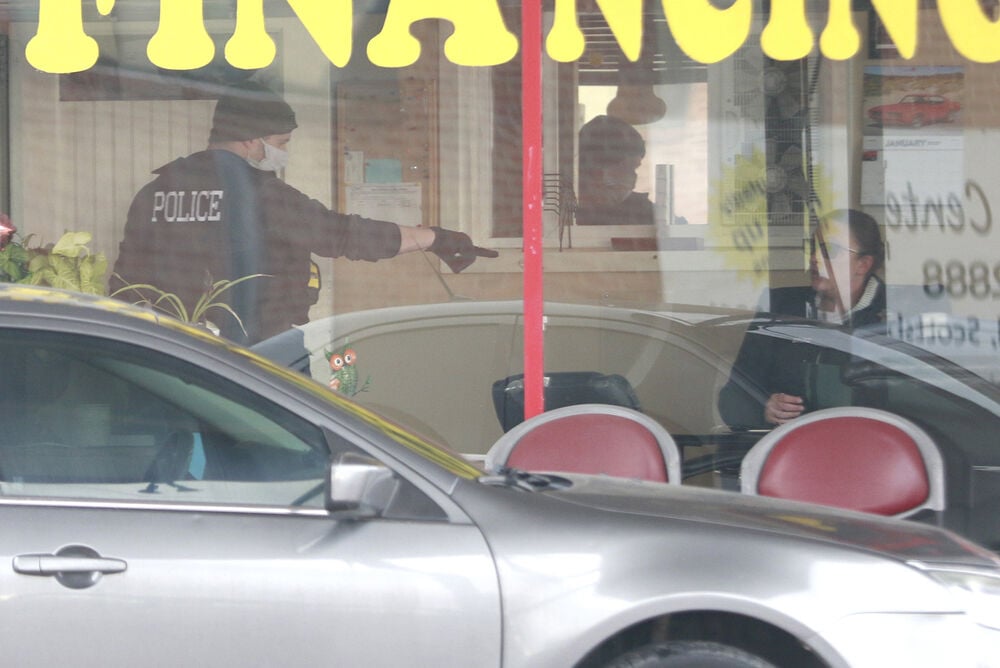 Investigators with area agencies execute a search warrant at Calder's Auto in Scottsbluff. 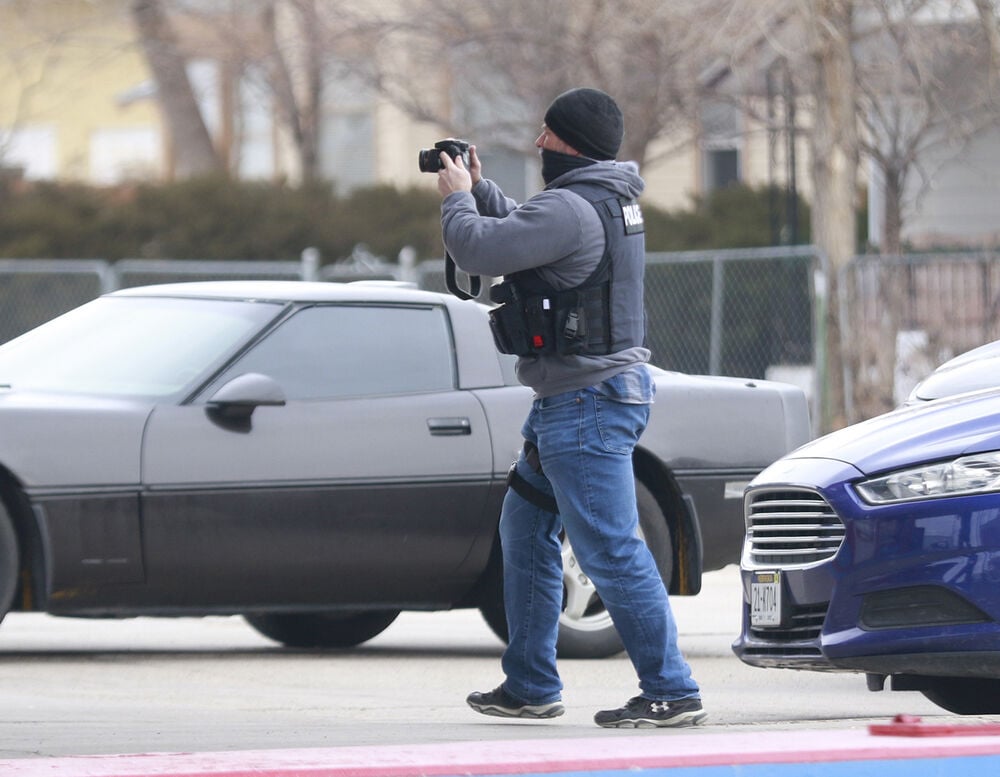 Authorities from multiple jurisdictions searched a Scottsbluff auto dealership and other locations Friday morning as part of a sex-trafficking investigation.

Jeffrey B. Calder, 60, of Scottsbluff, was arrested on one count of sex trafficking, possession of a controlled substance (methamphetamine) and two counts possession of a short shotgun.

Calder is the owner of the Calder’s Auto dealership, located at 1302 Second Ave. in Scottsbluff and one of the locations searched on Friday morning. Officers and investigators with the Scottsbluff Police Department, Gering Police Department, Scotts Bluff County Sheriff’s Department and the Nebraska State Patrol, some of whom are assigned to the WING task force, were observed searching the dealership, talking to Calder and searching vehicles parked at the business. According to the business’ Facebook page, the auto dealership is a family-owned business that has been in the same location for 31 years.

Justin Kumm, 39, of Scottsbluff, was arrested on a charge of felon in possession of a firearm and possession of a controlled substance (methamphetamine). A third man, James “Jimbo” Gutierrez, 65, of Gering, has also been arrested on charges of two counts of sex trafficking and one count of second-degree sexual assault.

Officers seized a number of firearms, suspected methamphetamine, cellular telephones and other electronic storage devices, according to the release provided by Overman and the Scotts Bluff County Attorney’s Office.

An investigation is ongoing and anyone with information is asked to contact any of the law enforcement agencies involved.

Investigators with area agencies execute a search warrant at Calder's Auto in Scottsbluff. 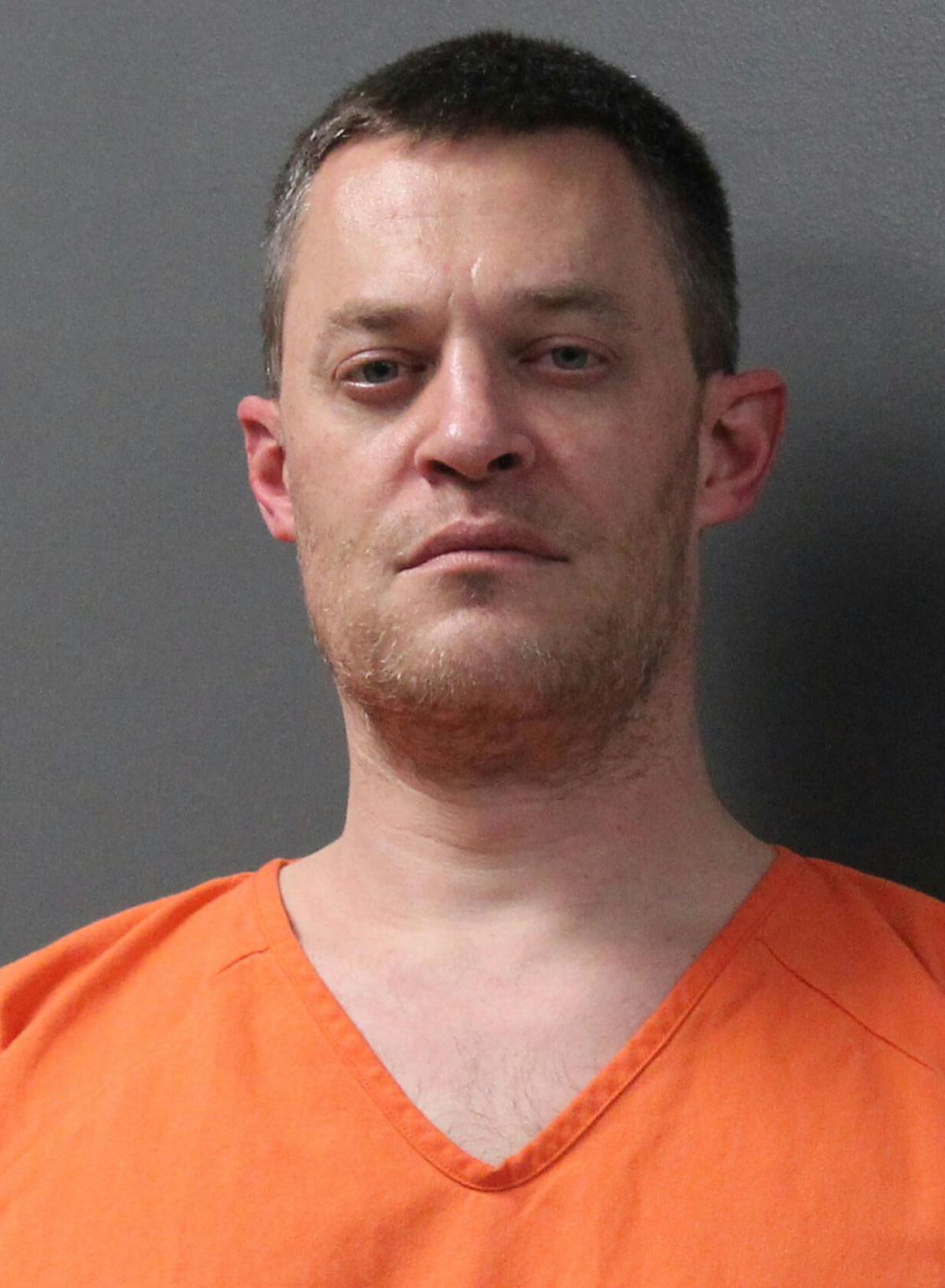 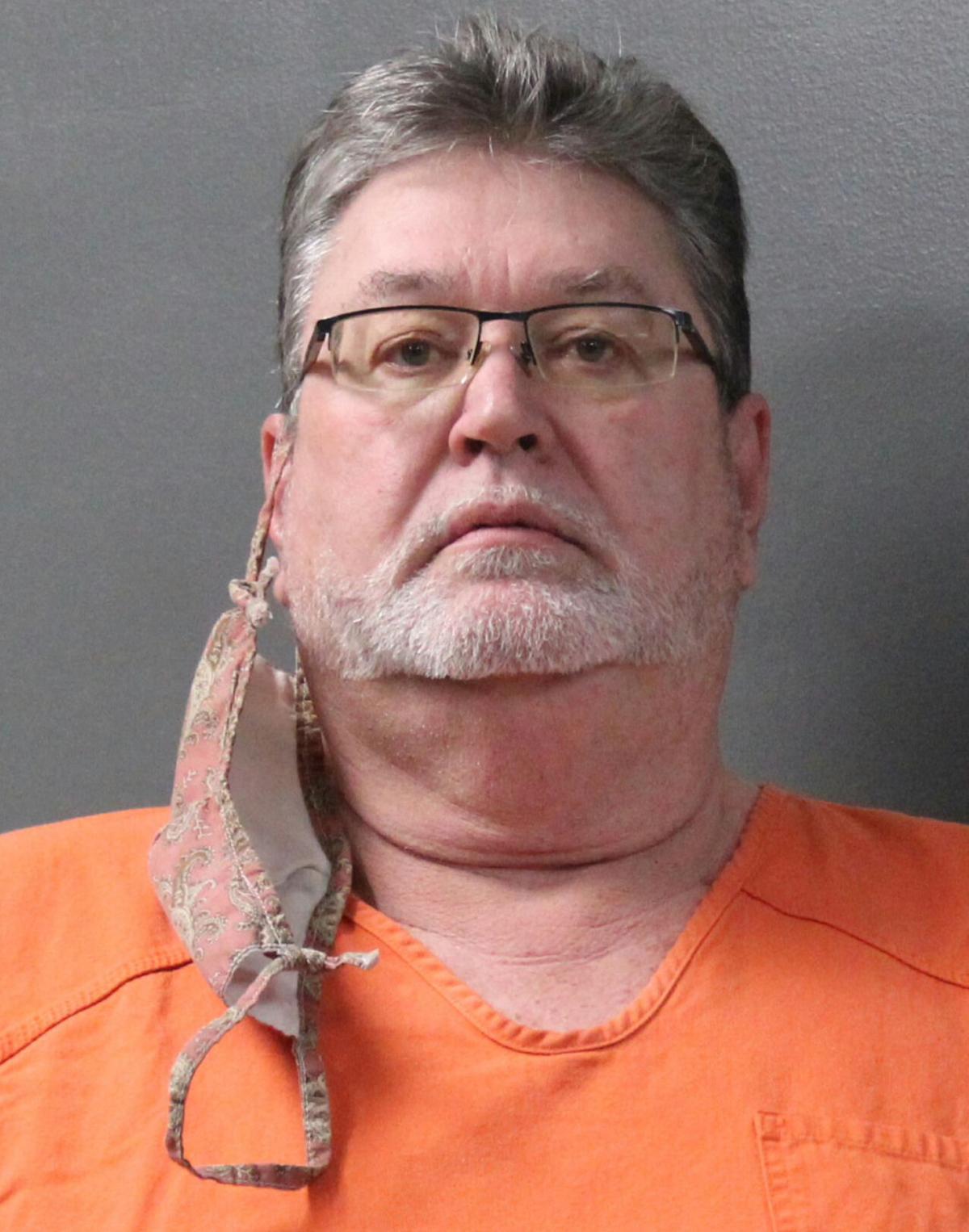 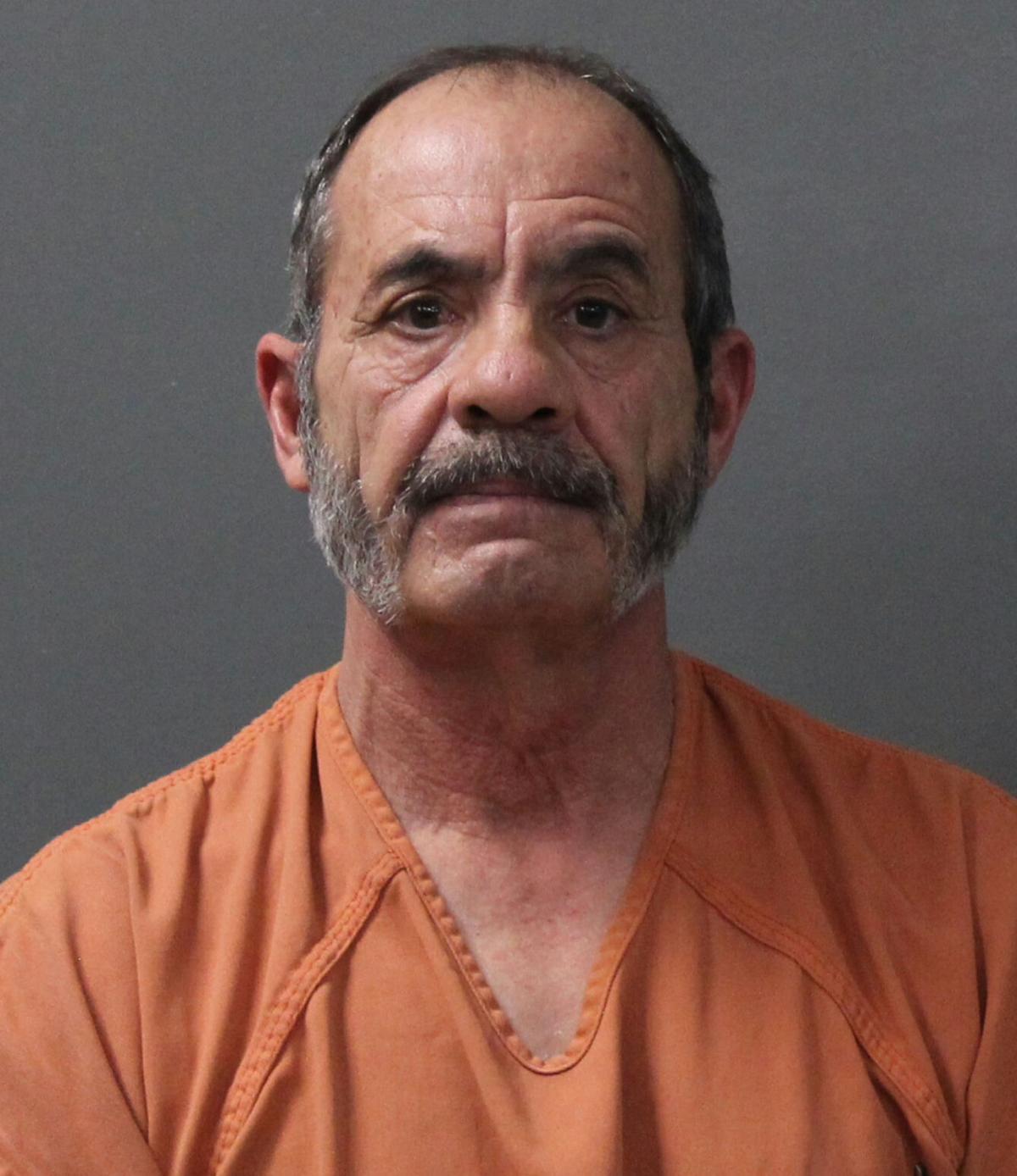