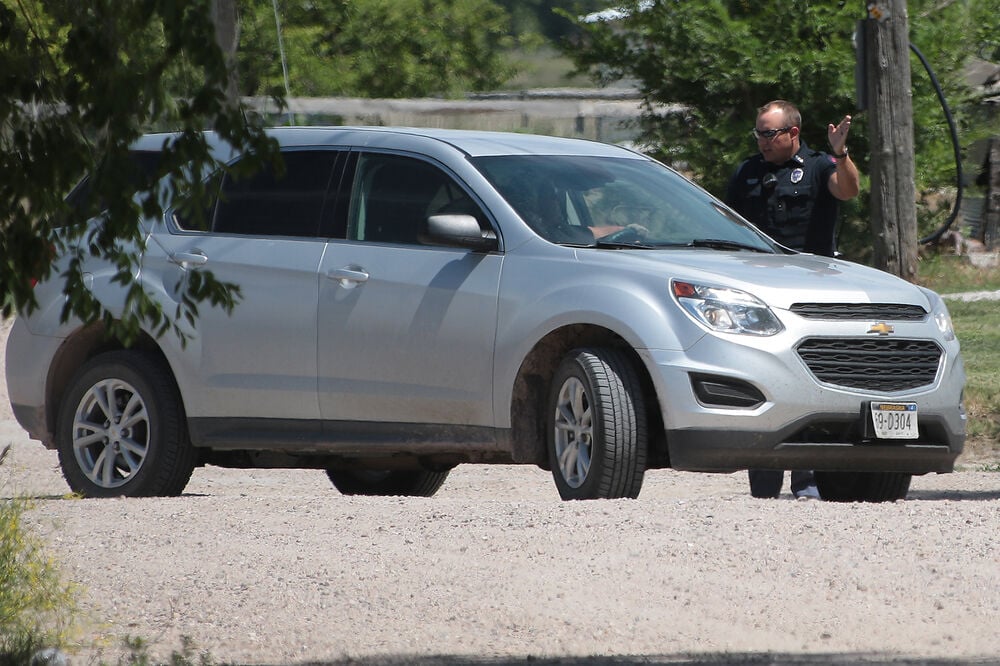 A police officer directs traffic while area law enforcement investigate the scene of a police involved shooting in Bayard on Tuesday, June 29. 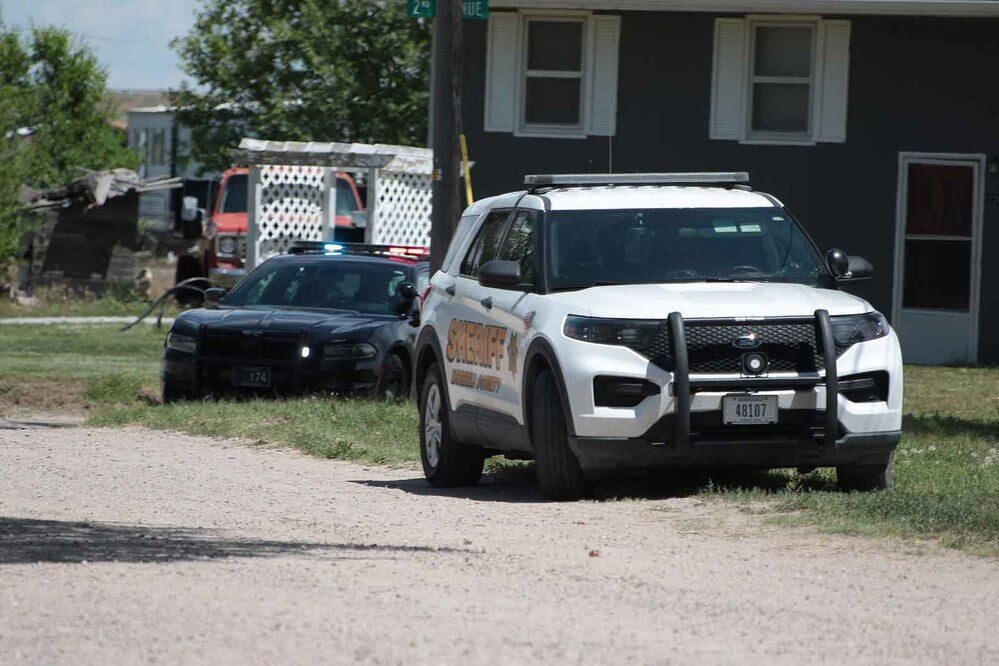 Law enforcement seal off the perimeter at a police involved shooting in Bayard on Tuesday, June 29. 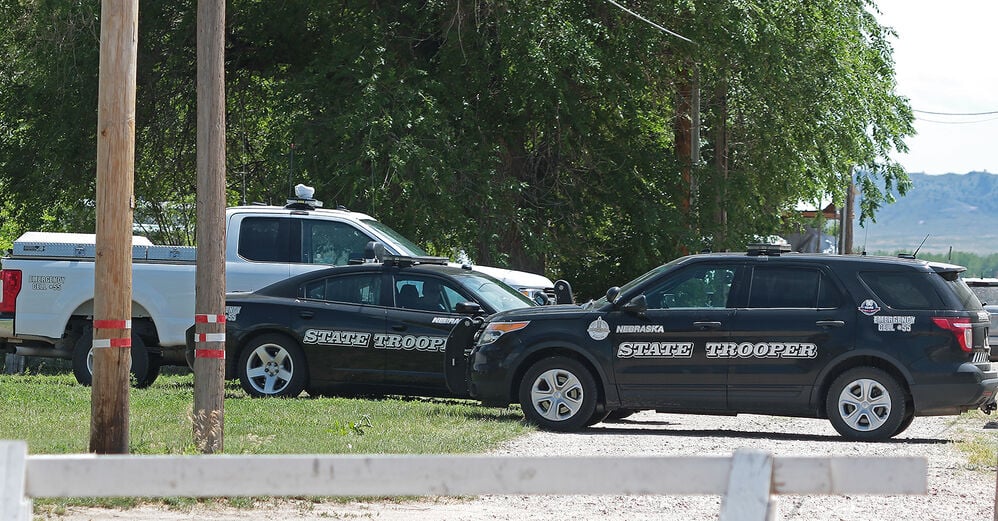 Police vehicles blocks the entrance to a road that leads to the scene of a police involved shooting in Bayard on Tuesday, June 29.

In a press conference Tuesday afternoon, Morrill County Sheriff Milo Cardenas said officers with the anti-drug task force had been serving a warrant at a residence at 123 Second Avenue in Bayard, when two deputies discharged their firearms, striking the subject of the search warrant. Officers provided immediate medical aid to the subject, who was identified on scanner traffic as a man, and Bayard ambulance personnel transported him to Regional West Medical Center.

The condition of the man shot has not yet been released, but according to scanner traffic he had suffered multiple gunshots. Nebraska State Patrol Troop E Capt. Kurt Von Minden said that details about the man’s condition are expected to be released later.

At the request of the Morrill County Attorney’s Office and the Morrill County Sheriff’s Office, the Nebraska State Patrol will investigate the shooting. Shortly after the shooting, patrol troopers had established a perimeter on Second Street that runs from First Avenue to Second Avenue. Trees at the end of the block made it difficult to get a view of the area where the shooting may have occurred.

Von Minden said a special investigations team, with investigators assigned from throughout the state, has been assigned, as occurred recently when a shooting involving law enforcement officers occurred in Scottsbluff. Neighbors reported seeing Nebraska State Patrol officers arriving via helicopter at a park near the home Tuesday afternoon.

How long the perimeter remains in place and the scene sealed depends on the investigation, Von Minden said. Investigators were mapping the area and collecting evidence.

“As for how long that will take will depend on the complexity of the crime scene,” he said. “They’re all different, but I would anticipate they’ll be working well into the night.

In the case of an officer-involved shooting, typically another agency is called in to investigate because state statute requires a grand jury to be convened to examine the actions of the law enforcement officers when a person has died while being apprehended or in custody. Grand jury proceedings are not public, but statute does allow the grand jury’s report that is filed with the court to be available for public review.

Cardenas and Von Minden declined to release much detail regarding the events that transpired before the shooting.

“I think it would be preliminary, at this point to comment on that,” Von Minden said. “It’s still a very fluid situation and we wouldn’t want to comment without being completely accurate on what went on. We want to make sure that when we do comment, we have all the facts in front of us.”

Von Minden said that the warrant that had been served had been related to narcotics. However, the specific charges of the warrant and the person identified in it was not disclosed.

After serving a sentence in England, he was released and settled briefly in Blair before he landed in state regional centers in Norfolk and Lincoln.

Nebraska State Patrol troopers found more than 10 pounds of methamphetamine on the scene of a single motorcycle crash in Saunders County on Wednesday evening.

A police officer directs traffic while area law enforcement investigate the scene of a police involved shooting in Bayard on Tuesday, June 29.

Law enforcement seal off the perimeter at a police involved shooting in Bayard on Tuesday, June 29.

Police vehicles blocks the entrance to a road that leads to the scene of a police involved shooting in Bayard on Tuesday, June 29.