SCOTTSBLUFF — Mentors have a way of shaping a person’s life and inspiring them to pursue and achieve their goals. Teachers and coaches have the privilege to be in a position where they can work with youth. For Terry Gilliland, his interest in athletics and teaching would afford him the opportunity to work with students over four decades, both in the classroom and on the field.

As a young boy, Gilliland and his older brother Tom moved around since their father worked as a geologist in the oil field business.

“We moved around a lot,” he said. “We lived in Texas and Oklahoma. About the time I was going into the sixth or seventh grade, my mom said we weren’t going to move around anymore. We settled in Sidney, Nebraska.”

Growing up, Gilliland recalls playing sports, going to school and having fun with his friends. As he entered high school in the mid-1950s, he recalled a basketball game in Sidney’s new basketball gym that had people on edge.

“Sidney’s new basketball gym, if you would have seen it in the late 50s, it was kind of like the Taj Mahal,” said Gilliland. “I remember we had a game there with Broken Bow, I believe, and that night (Charles) Starkweather — the serial killer from Lincoln — he was supposedly coming through that area. We still played that game, but I remember that was a big deal.”

Throughout his time in high school, Gilliland was also involved in band. In 1957, the Sidney High School band was invited to perform at the Dwight D. Eisenhower and Richard Nixon inaugural parade.

“I can remember our band director, George Hinn was his name, he instilled a lot of discipline in us,” said Gilliland. “If we were going to be good, our lines had to be straight. Our lines couldn’t be crooked. We had to march in step and those things. We were a good band because of that. We were waiting to go on the parade, and I remember we had to wait for an hour to hour and a half to get in. He had us stand there and play or march or just stand at attention before we took a 10- to 15-minute break and then we’d come back and do it again. All the other bands around us were just laying around. I just remember I had so many good mentors who taught me to do the right thing.”

He graduated from Sidney High School in 1960 and as he pursued his teaching certificate, he bounced around to four different colleges and universities.

Right out of high school, he attended the University of Nebraska for one year.

“I was going to play football, just as a walk-on,” he said.

Then he transferred to Scottsbluff Junior College, which was located where Centennial Park is today, across from Longfellow Elementary. During his time at SJC, he met his future wife Sonya.

After taking a couple courses in Scottsbluff, Gilliland transferred to the University of Kansas where he ran track.

The next year he transferred to Kearney State and attended there for one semester before graduating in 1964.

With his teaching degree, Gilliland started his career at the boys training school in Kearney, which was a youth reformatory. The students were sentenced to stay there between six months to two years. Gilliland’s role was as a recreational aid and he also student taught his last semester of college.

Gilliland coached football, basketball, track and baseball in the summer at the school, but they had trouble organizing home matches.

“We couldn’t get schools to come to our facility and play us,” he said. “So, all of our games we played on the road, except after I’d been there for a year, we talked a couple schools to come in and play on our fields.”

After a few years in Kearney, Gilliland moved to Alliance where he taught social studies. During his time in Alliance, he decided to go back to Kearney State to earn his master’s degree. As he went through the program, he served as a graduate assistant as well as a football and track coach.

He graduated with a Master of Education in 1968.

Moving back across the state, Gilliland pursued a new teaching opportunity in Scottsbluff. He stayed there for six years before receiving a job offer from Peru State College.

“At that time, it was one of the four state colleges — Kearney, Wayne, Chadron and Peru,” said Gilliland. “I had a chance to go there as a defensive coordinator and baseball coach.”

Throughout his seven-year tenure at Peru State, Gilliland said he enjoyed it.

“It re-emphasized that I really loved coaching and working with kids. There was a little bit of a difference between coaching at the high school level compared to the college level, but they’re still kids.”

His teaching career then took him to Mitchell where he would stay for the rest of his career.

Gilliland’s first year at Mitchell High School was during the 1982-83 academic year. He taught social studies and physical education while also serving as the athletic director and head football and track and field coach.

As a coach, he was able to mentor his children. He also coached his grandchildren throughout their junior high years as they competed in traveling basketball and track and field.

“I wouldn’t change it for anything,” he said.

From his children’s and grandchildren’s involvement in athletics, Gilliland said it taught them work ethic, how to get along with people and respond to authority figures like their coaches and bosses.

“I think the biggest thing parents can do for their kids is give them a work ethic.”

Terry Gilliland coaches his grandson Drew in 2016 as he competes in the men’s 100-meter hurdles at the Scottsbluff invite. Gilliland enjoyed s…

In 2010, Gilliland retired from teaching to spend more time with his family and also to address his health. He ended his 46-year teaching career not only influencing students, but also coaching athletes to become their best selves.

“I coached kids in the ’60s and in the 2000s. Most of them want to be shown the way,” he said. “If they’re a football player, they want to be shown how to be better. They wanted to learn discipline and work hard.”

After stepping away from the classroom, Gilliland decided he wanted to give back by serving on a school board.

“I always wanted to be involved in government in some way, like city council or school board or a senator,” said Gilliland. “When I was teaching, I couldn’t be on the school board because I didn’t have enough time. Education has been my life. It’s done very well for me and let me support my family. I thought it would be a way to give back, plus I know about education.”

In 2014, he ran for a seat on the Scottsbluff Public Schools Board of Education and secured a seat. Over the course of his terms on the board, Gilliland noted how the school board does not run the district. The board’s responsibility is to see that the district is run correctly and taxpayers’ money is spent correctly.

“To make a school run good, you have to have good people at every position. Your custodial staff, your maintenance staff, your secretaries, your cooks, your paraprofessionals, your teachers, your administrators — they all have to work together and be loyal.”

Throughout Gilliland’s life, he has been molded by coaches, who inspired him to shape the next generation. While times have brought changes to the classroom and athletics, loyalty remained important to being a part of a successful team.

HARRISBURG — Rebecca Wenger took her Lincoln Heights fifth graders on a trip back in time.

The lawsuit alleges that Creighton "refused to consider or grant religious exemptions" in mandating the vaccine for all students.

Only about a month into the school year, Gering Public Schools has already hosted two vaccine clinics and helped to vaccinate over 20 people i…

Not many people realize that Nebraska ranks seven out of the 50 states for highest rate of pediatric cancer cases, according to the Nebraska C…

Despite not being alive 20 years ago, Northfield second graders helped plant memorial flowers in front of their school on Friday, Sept. 10, in…

The mask policy will remain in effect until Oct. 6.

Despite heavy opposition from concerned parents and community members, the Goshen County School District No. 1 board of trustees passed a mand…

Six students are learning the ins and outs of careers in police, fire and even the court system in a public safety academy started at the Geri… 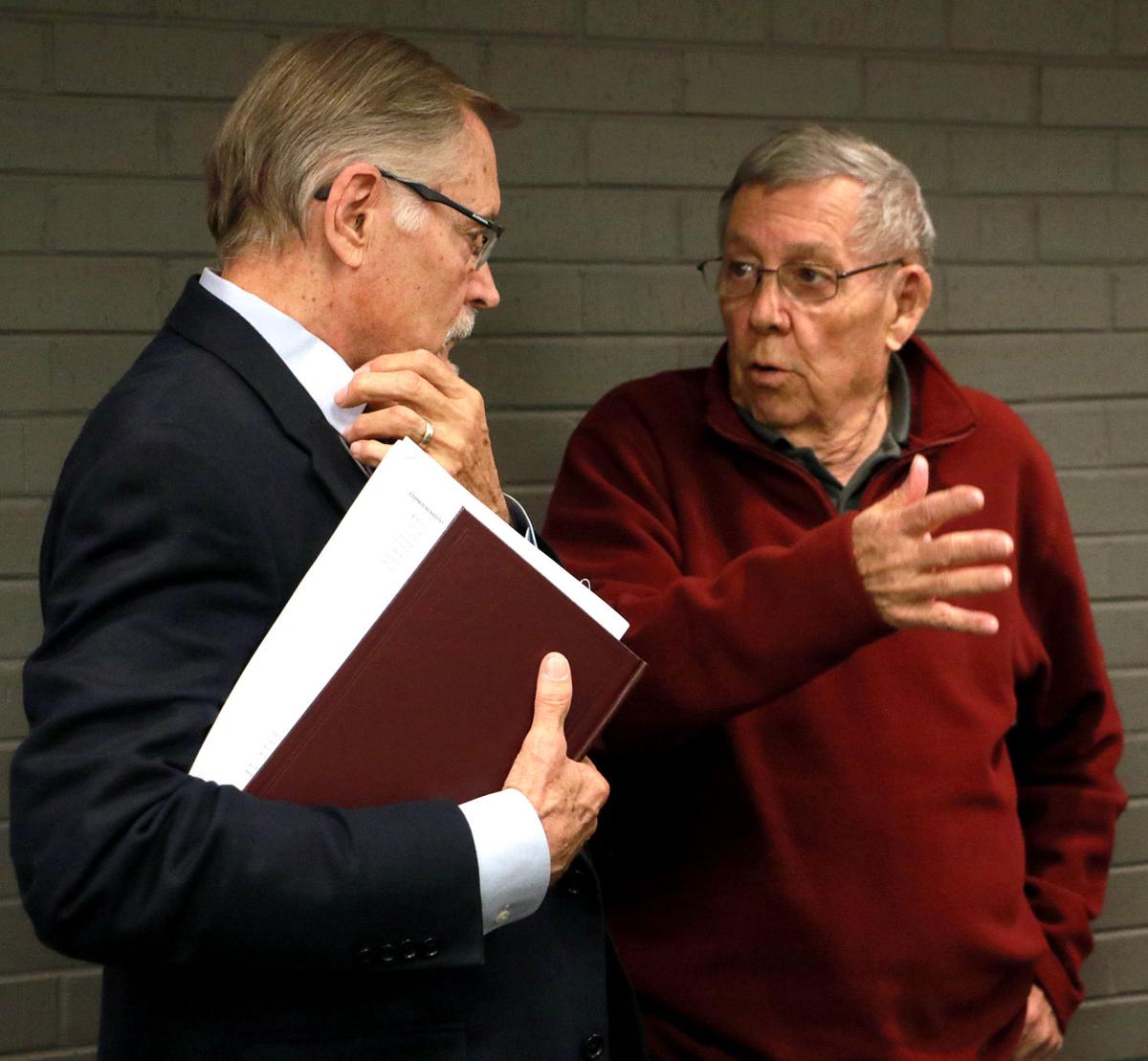 Scottsbluff Public Schools Board of Education members Terry Gilliland and Paul Snyder discuss a school policy after the March board of education meeting. Gilliland is in his second term as a board member. 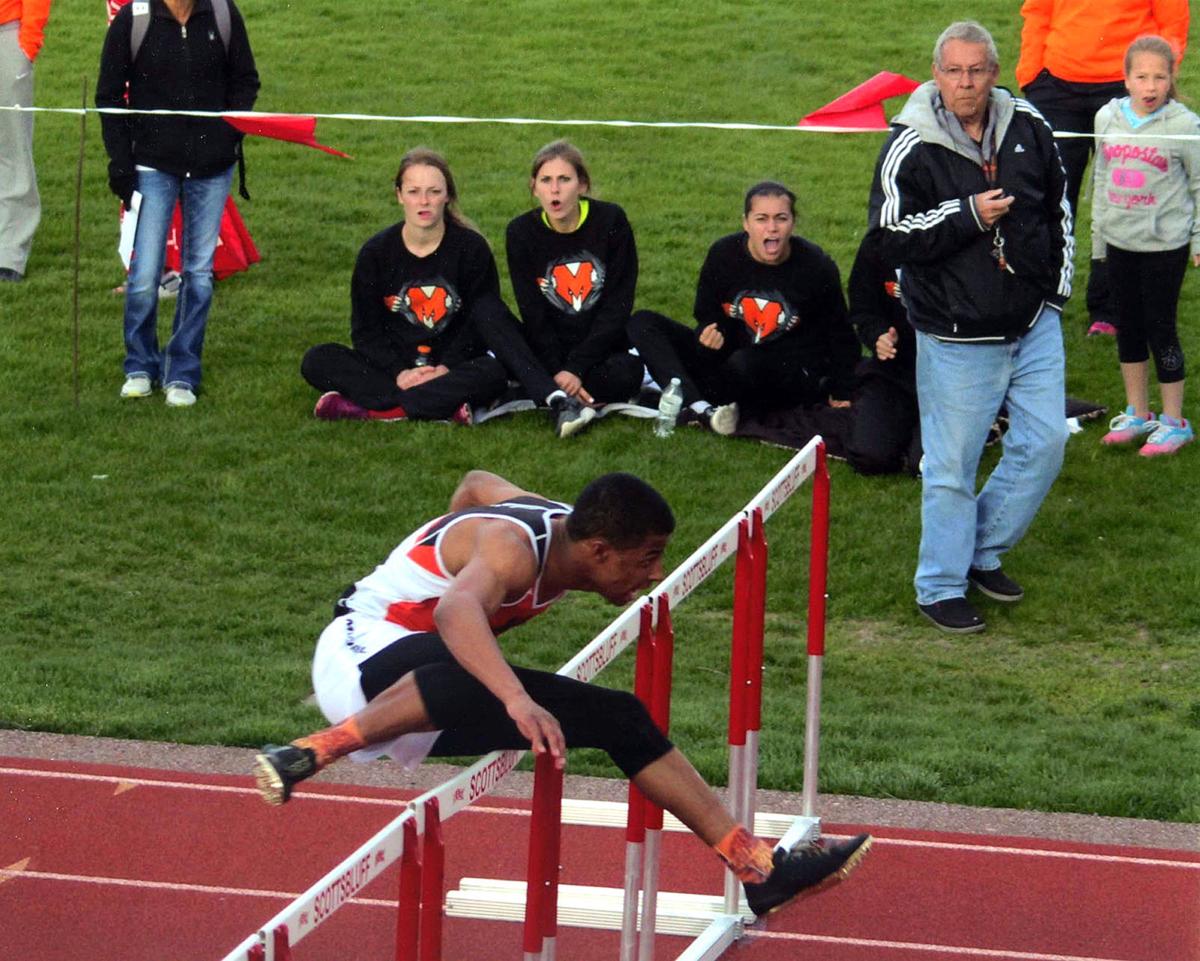 Terry Gilliland coaches his grandson Drew in 2016 as he competes in the men’s 100-meter hurdles at the Scottsbluff invite. Gilliland enjoyed seeing his life come full circle and instilling life skills in the next generation as his coaches did for him. 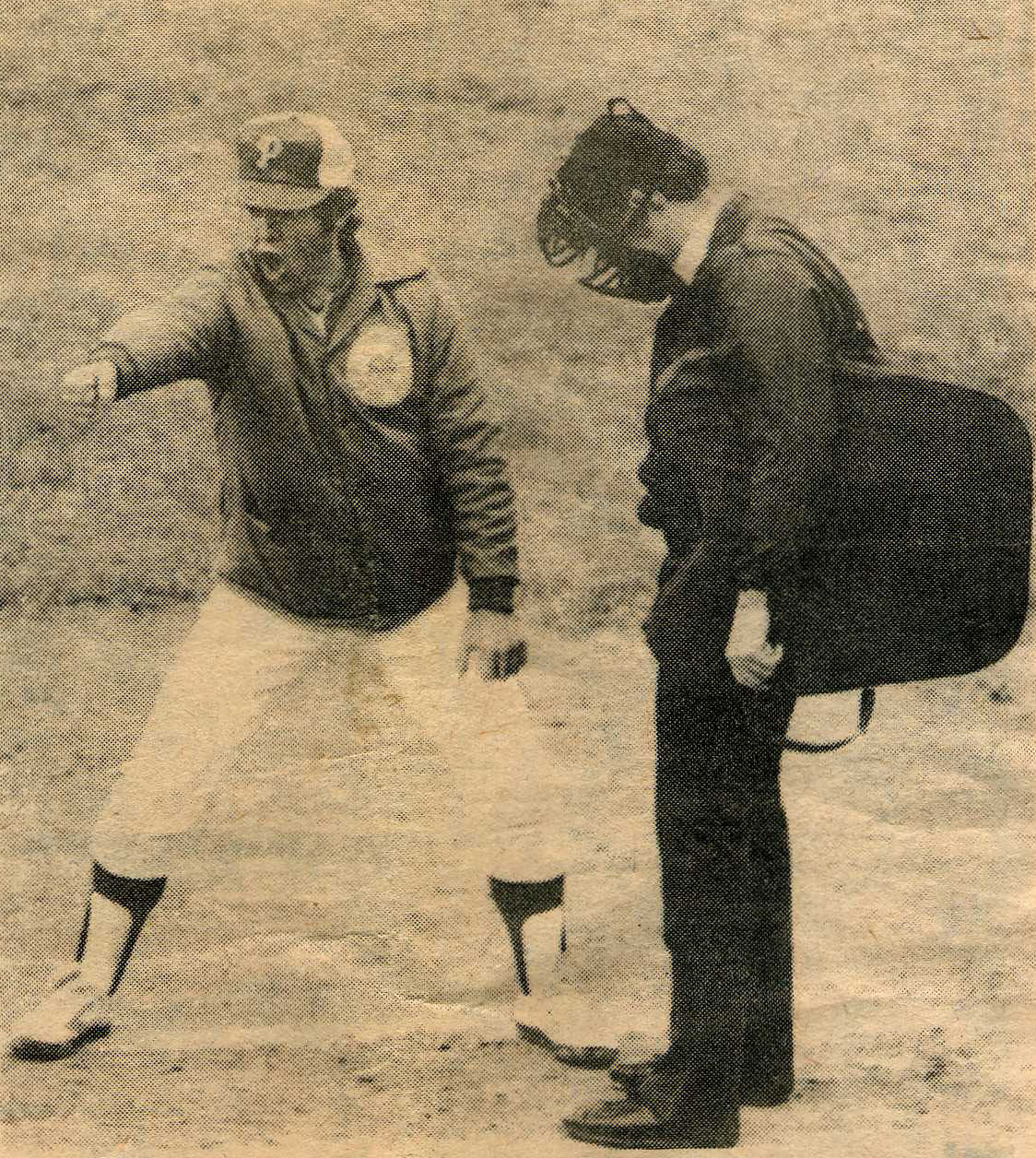 Baseball coach Terry Gilliland demonstrates good form as he and the umpire talk over the situation during the home opener with Benedictine College. Benedictine toppled Peru 3-0 and 18-5.