Scottsbluff High School students have countless avenues for learning and growth. Between core classes, career academies, arts, sports, and much more, SHS is well equipped to help every individual explore their unique abilities and put themselves on a path to success.

Yet another path has opened to SHS students in recent years, one offering collegiate opportunities, scholarship money, and a way to represent their school in fierce competitions across the state and the country.

It’s not a traditional sport like football, basketball, or baseball. It’s something new, something being pioneered by a young generation, something called esports.

“Esports is essentially electronic sports, or competitive gaming,” said SHS teacher and coach Chris Brening, who runs the program alongside its original sponsor, English teacher Alex Marker. “A lot of the games are like chess, but the pieces are constantly moving, and you have very little time to make the right decision.”

That description is particularly apt for the action-heavy games played by Scottsbluff’s teams like League of Legends, Valorant, and Rocket League, all three of which require split-second decision making and highly effective communication between teammates.

The field of esports has grown rapidly in popularity for several years, with popular games like League of Legends forming their own global pro circuits and selling out massive stadiums like the Los Angeles Staples Center for live matches as early as 2013.

But like any sport, most of the people viewing these games are doing so from home on platforms like YouTube or Twitch. Those viewership numbers even manage to rival marquee events like the Stanley Cup or the Super Bowl thanks to their global appeal and audience.

According to Brening, that viewership is what started the ripple effect leading to esports programs in high schools.

Those scholarships and opportunities have already started coming in during Scottsbluff’s first year of official competition in the newly formed Nebraska Schools Esports Association (NSeSA). Marker said that the NSeSA was a game changer in terms of making esports feel impactful for schools when compared to the national league the program previously participated in.

“Nobody really cares if you beat a team from Virginia, but if you beat Lincoln or Omaha or North Platte, it has a much more local feel,” said Marker.

There are 70 schools competing in esports this year through the NSeSA, including several other schools in the Panhandle: Gering, Bayard, Bridgeport, Banner County, and Hemingford, to name a few. Some of those schools, like Gering, were early adaptors in the field of esports that even predate Scottsbluff's involvement.

Rocket League team members Austin Svitak and Jaimason Kulovany said that playing against local teams made for a better experience.

“It was fun being able to compete against schools that we actually know,” said Kulovany, who also serves as team captain.

“And we had a chance to go to state, which really incentivized us to show up and play well,” added Svitak.

Scottsbluff’s Rocket League season recently came to an end with a quarterfinal loss to Omaha Westside, who made it to the finals, facing off against Lincoln East for the state championship.

That new feeling of local competition has inspired the Scottsbluff esports teams to take pride in representing their school. They wear their uniforms on game days like any other sports team, complete with their names and the game they play.

But it isn’t as simple as showing up on game day. The Scottsbluff esports teams spend hours practicing their games, both alone and as a group. In addition to practice time after school, the League of Legends team even meets during CATS to go over game footage and analyze their successes and failures in order to continue improving their play.

“To learn what the best play is, you have to practice. It’s not just sitting around and playing games. There’s a lot of studying that goes into practicing esports and being a good team,” said Brening.

Video games have long been a subject of scrutiny, with many questioning whether they are a worthwhile way for kids to spend their time, but esports programs like the one at Scottsbluff are working to redeem that reputation by encouraging students to improve their skills with intentional practice, learn to work together, and keep their grades up so they can participate.

“The perception is some kid sitting alone in his basement and playing games, but that’s not what we have here,” said Marker. “They’re on a team; they have to try out.”

“And all of our players have to be eligible,” added Brening. “They can’t be failing any classes if they want to participate, just like any other activity in the school.”

This requirement serves as an incentive for students to maintain a strong academic performance, but it’s not the only benefit the program provides. Brening said that learning communication skills is a very high priority for all team members, which can often lead to unexpected friendships.

“The most exciting thing we see is the different types of people that these games bring together,” Brening said. “Very different students all try out and end up on one team. They get to know each other, they become friends. Really, they become teammates, which is an even deeper connection.”

League of Legends player William Estrada echoed the words of his coach. “Having a group and being able to play together is a great experience. Bonding with the other players, getting good relationships, good friendships. We have to communicate, so we have to open up a little bit.”

Estrada plays top lane, one of five positions on a League of Legends team. Scottsbluff’s League of Legends team currently has 12 members, enough to field two full rosters — an A-team and a B-team — with two substitutes. Estrada said that he feels confident in his ability to make the starting roster of the A-team, but that doesn’t mean he can stop improving.

From 13 teams to 70 in three years, esports on the rise in Nebraska schools

High schools around the state are forming esports teams and joining the Nebraska Schools Esports Association, which has gone from 13 teams to 70 in about three years.

“It motivates me to continue to progress more into the game. I can’t get comfortable,” Estrada said.

The esports program is still in its early stages of development, but Brening, Marker, and their students have big plans to start making their games more accessible to the public. This will mainly be done on the Scottsbluff Esports Twitch channel, which can be found at twitch.tv/scottsbluffesports308.

“We really want to push the stream,” said Brening. “We have kids that commentate the matches, and they do a phenomenal job. We want people to watch our competitions. It would be a good way to get the word out.”

Brening and Marker are excited to continue pushing Scottsbluff’s esports program as it moves into its winter and spring seasons, which will feature Mario Kart and League of Legends. They expressed gratitude to the school for embracing esports as a fulfilling activity for the students involved, and to ALLO Communications, which has become a close partner of the program by funding twelve computer setups in addition to running an independent internet line for the program’s use.

“Administration has been only supportive,” said Brening. “Everything we do is for the kids, creating opportunities for everybody. Our administration understands that, and they’ve been on-board since the beginning.”

Scottsbluff’s program serves as an example for other Panhandle schools to follow in the emerging field of esports, providing even more ways for students to find where they belong, forge lasting friendships, and bring home a trophy or two along the way.

Millard officials say claims about LGBTQ restrictions are a misunderstanding

The firm, one of three finalists that presented to the State Board of Education, will be tasked with helping find a replacement for Matthew Blomstedt, the state's current education commissioner.

With a focus on reading, student behavior, Waverly has become 'showcase district'

Regent Jim Pillen said several people have expressed interest in his NU Board of Regents position, but he has not made a decision on the appointment.

Nebraska to grant about 1,300 degrees during December ceremonies 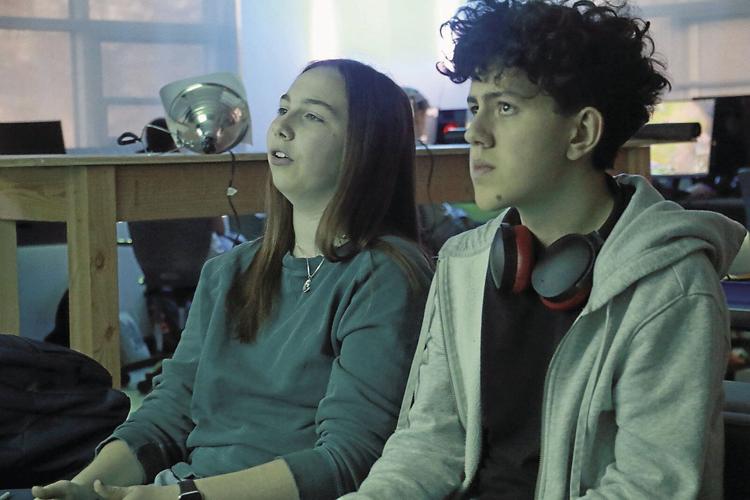 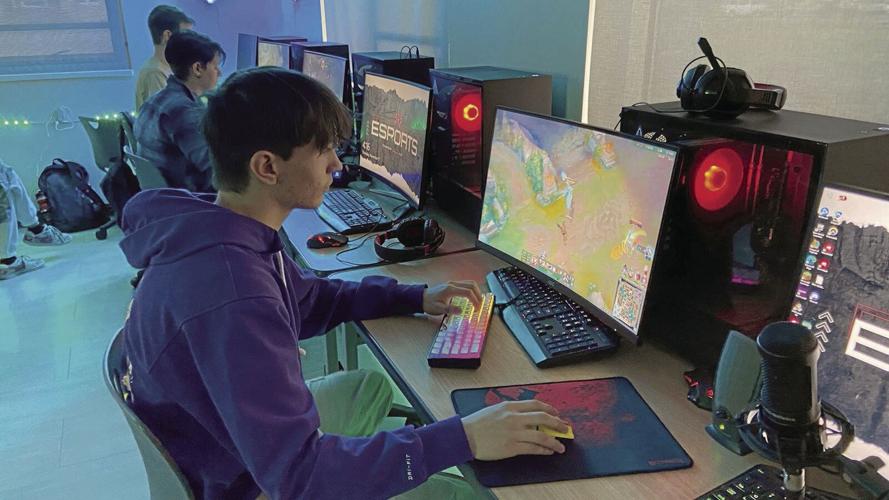 League of Legends player William Estrada practices at the SHS esports facility after school on Thursday. Estrada is hopeful about his chances to make the starting roster of Scottsbluff's A-team when the League of Legends season starts in the spring. 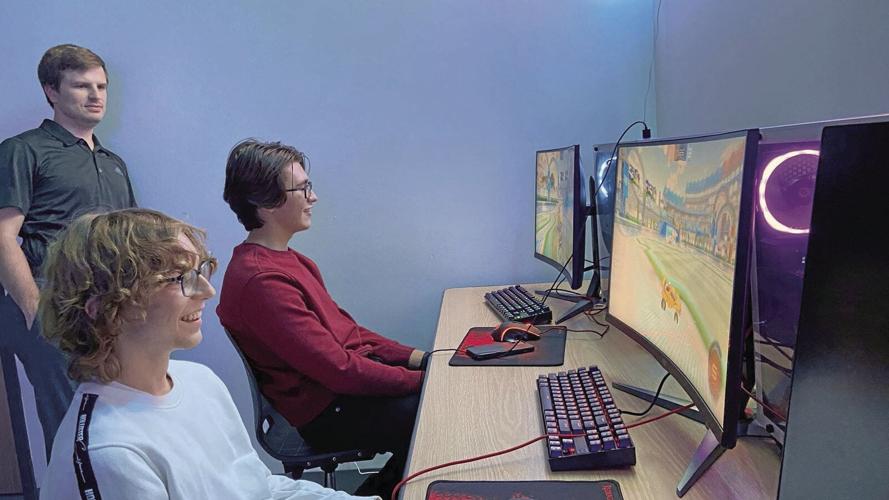 Chris Brening (back) observes as seniors and Rocket League team members Jaimason Kulovany (left) and Austin Svitak (right) practice. Although their season just ended, the Rocket League team is actively searching for other competitive opportunities in the off-season. Both seniors expressed interest in continuing to compete at the collegiate level. 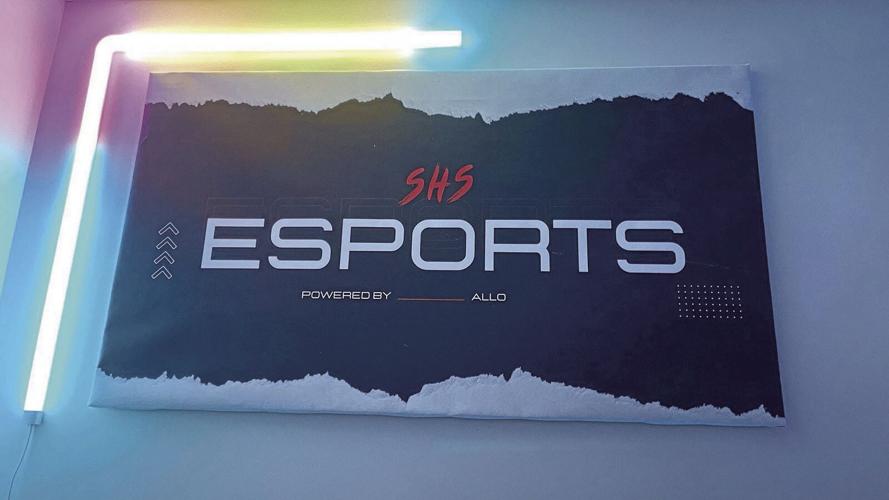 Coach Chris Brening says the esports program at Scottsbluff High School has received incredible support from school administration and from ALLO Communications. ALLO acts as a sponsor to the program, and has set the esports facility up with a dedicated internet line, allowing them to experience a stable connection and bypass school restrictions for competitive purposes.