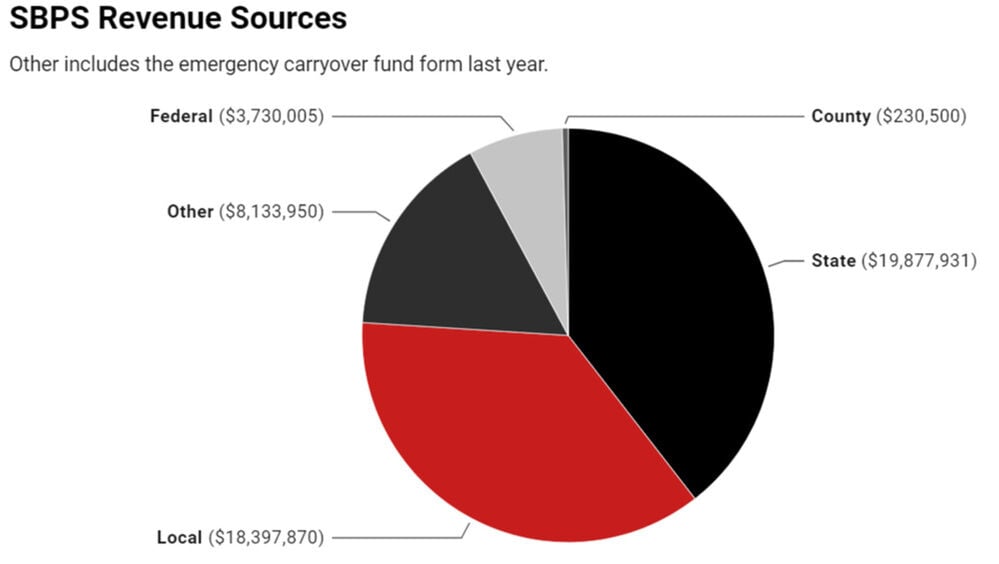 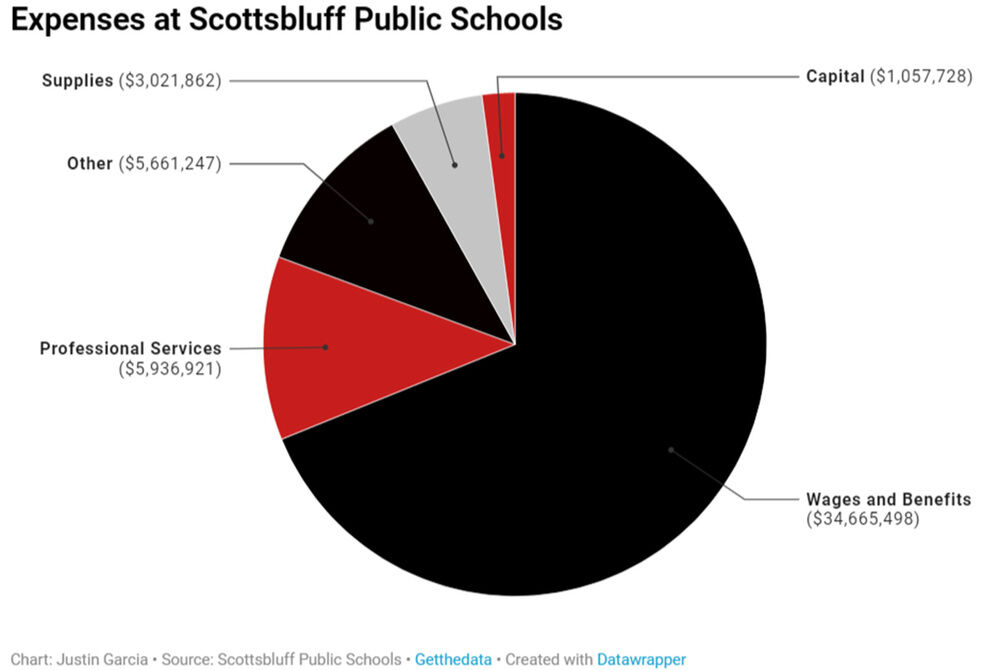 Scottsbluff Public Schools Board of Education unanimously approved a $50 million budget on Monday, with a caveat that COVID-19 will likely complicate the budget outlook moving forward.

This budget also called for maintaining its current tax rate.

In adopting this year’s budget, the first to break the $50 million mark in SBPS history, officials said that the district should be cautious in hiring and consider a hiring freeze before the middle of the school year.

“We do recognize that COVID-19 will likely bring additional cost that, at this time, we are unable to fully anticipate,” Director of Finance Marianne Carlson told the Board.

The increase stemmed from two federal sources — over $900,000 from the CARES act and $2.3 million from a federal grant — as well as an increase in the starting salary for new teachers and an increase for current staff. Carlson also attributed the increase to specialized science teachers at the elementary schools, which accounts for about $400,000.

The district will also set aside $500,000 to fund facility upgrades in elementary schools.

As previously reported in the Star-Herald, the 2020-2021 budget also incorporates a bond refinancing that saves taxpayers $3.6 million, according to budget documents.

Another piece of the Scottsbluff school budget is enrollment.

Enrollment at Scottsbluff schools was about the same as last year, increasing by a single student to 3,409 across all schools and programs. The district anticipates enrollment to remain at around 3,400 students over the next two years, according to budget documents. The numbers include pre-school students, but does not include ESU-13 students or ReConnect students, according to Carlson.

No member of the public showed up the September board meeting to protest, support or otherwise comment on the $50 million budget.

The Scottsbluff Public Schools Board of Education unanimously approved a $6,000 expense to help fund and participate in a mentorship program.

The Scottsbluff Public Schools Board of Education unanimously approved a $6,000 expense to help fund and participate in a mentorship program.

WNCC students speak out against racism

Students, many of whom play sports at Western Nebraska Community College, gathered in opposition to systemic racism on Friday, Aug. 28, accord…

For many high school students, the goal of the day is to get in, get out. But not for Kennie Gable.