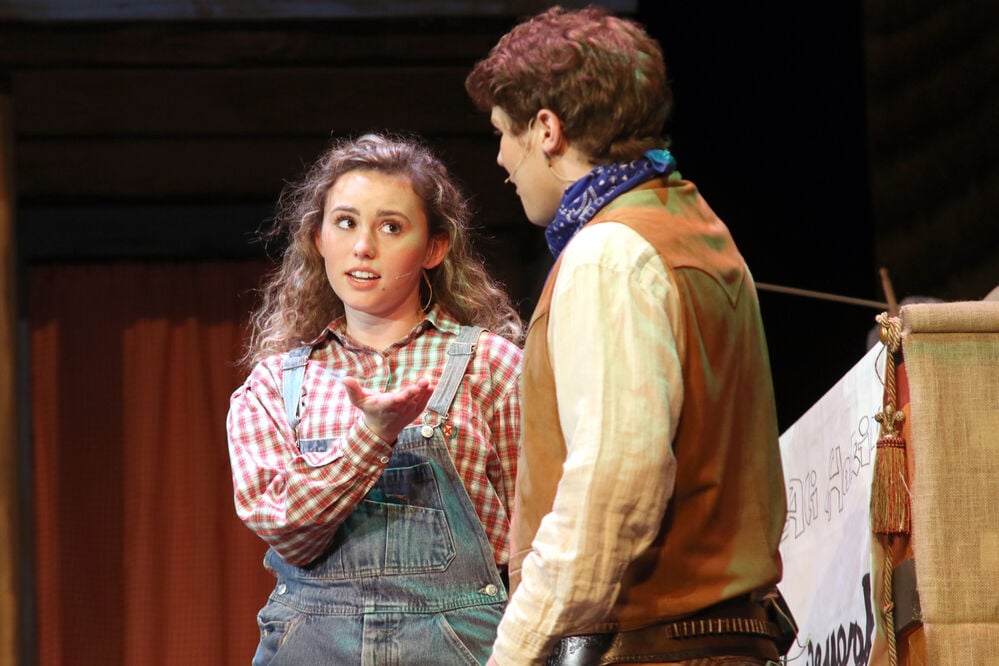 Laurey, played by Abigail Webb, tells Curly, portrayed by Ayden Reed, what he needs to do to stop people thinking the two of them are in love during the first act of 'Oklahoma!' 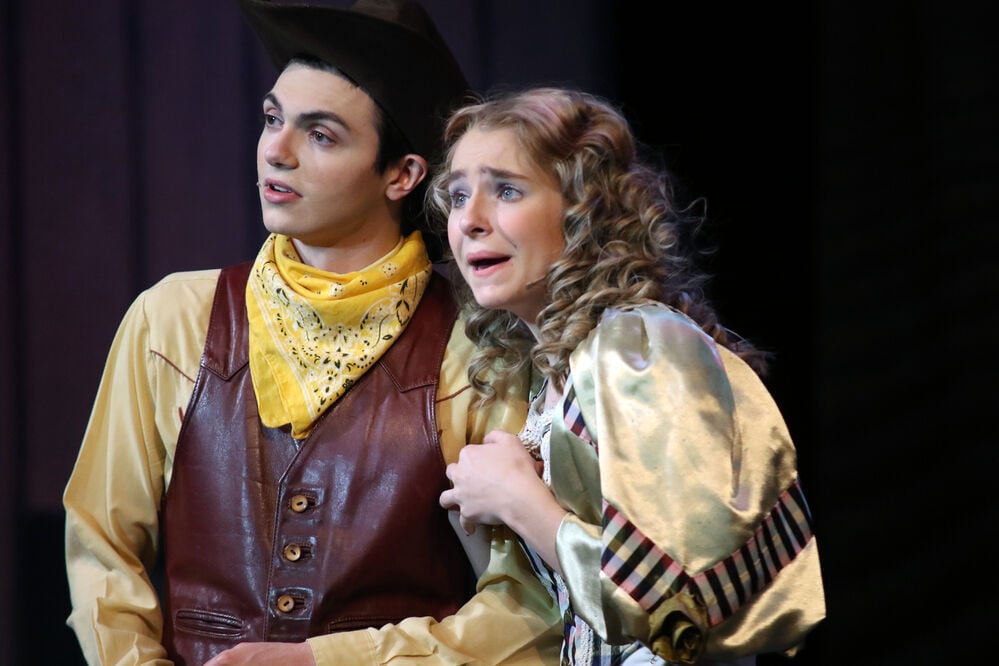 Adam Polk, as Will Parker, and Elli Bauerkemper, as Ado Annie Carnes, discuss their potential future together. 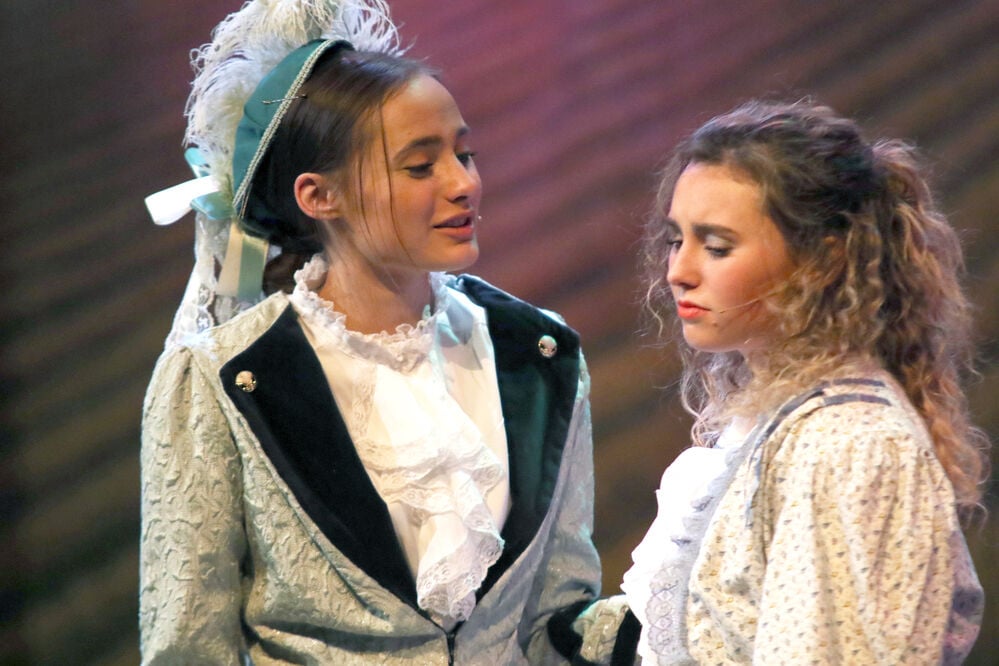 After two years without a performance, students in the Scottsbluff High School spring musical will be taking the stage for the public this week, performing eight shows over five days.

The students began with two shows of their musical, “Oklahoma!” for elementary and middle school students on Tuesday and will perform two more shows for the rest of the area youngsters. Due to social distancing measures, they are performing two extra shows for the younger students.

The rest of the public will be able to attend performances beginning Thursday, April 8.

Director Brad Ronne said he and the students are excited to finally be able to perform.

Ronne said that with all the extra performances this year, he wasn’t sure if his students would be up for it — they also have an extra matinée on Saturday — but they didn’t bat an eye.

“I went to them first and said this was a suggestion, and I don’t know that this is going to work,” he said. “They said, ‘No, we want to do it.’”

Monday night was their final dress rehearsal before their big week, and they got a little feedback from a familiar face. Anna Harveson, Scottsbluff High School 2020 graduate and current music education major at Doane University, came to watch and provide a few notes for the actors.

While they still have plenty of things to improve upon, Ronne said he is proud of his group of students and looks forward to seeing them take the stage for an audience.

“It’s really fun to see the full progression from beginning to end, and this is where I get pretty emotional,” he said. “Especially this year, since it’s been two years for us and to see them do a show and then take a curtain call is usually pretty overwhelming for me because I know what they’re feeling on stage and how exciting that is.”

'Oklahoma' does a double take

'Oklahoma' does a double take

Experiments may determine the future of live music

Live music is slowly making a comeback - but these concerts are experiments and the revelers are guinea pigs. Rosanna Philpott reports.

Laurey, played by Abigail Webb, tells Curly, portrayed by Ayden Reed, what he needs to do to stop people thinking the two of them are in love during the first act of 'Oklahoma!'

Adam Polk, as Will Parker, and Elli Bauerkemper, as Ado Annie Carnes, discuss their potential future together.