The 20th annual Festival of Hope drew hundreds to the Scotts Bluff County Fairgrounds Saturday in support of the fight against cancer.

Dr. Vince Bjorling, a recently-retired cancer physician, serves on the advisory board for the Festival of Hope. He said it’s become a very personal event over the years.

“We were trying to figure out how to help cancer patients and their families with non-medical expenses because we know that when people are undergoing treatment for cancer, it’s a very stressful time for them financially,” he said.

Through fun runs, auctions, bake sales and other activities, the Festival of Hope raises thousands of dollars each year to support these families in times of need.

“Lots of times, just making a car payment, making a utility payment ... making sure they have groceries and things like that, becomes a very important thing,” Bjorling said. “...When you think about it in western Nebraska, everybody is either a family member, a friend or a neighbor (of someone who has been diagnosed with cancer) and so that’s where everybody comes together and helps everybody out. Over the last 20 years, we’ve distributed almost $3.3 million to patients and their families.”

The money stays in the local region, aiding cancer patients from the western Nebraska area. Sometimes, patients who have beaten cancer are able to pay it forward and donate to help other families going through the same struggles theirs had been through.

“It’s just a really good cause, helps out the patients a lot. I think it’s a really good way to support the community,” Brittany Eirich, who worked with Bjorling, said.

This year’s Festival of Hope began with a 5K and children’s fun run early in the morning. The Knights of Columbus served breakfast from 7-10 a.m. Volunteers then served lunch for the duration of the festival.

Children and those young at heart could buy tickets and join in various booths and activities for the duration of the event. These included skee ball, face painting and a bouncy castle. Numerous shirts, baked goods and other items were also available for sale.

A silent auction with dozens of prizes provided another way for the Festival of Hope to raise funds. Local performers, including bands and dancers, entertained the crowd as they bid, ate or played.

Several items or packages of items were also auctioned off as part of a live auction.

The prizes ranged from a cake or an armchair or a grill, to a balloon ride for two, to 100 pounds of ground beef. In total, 14 prizes were auctioned off live with some selling for upwards of $1,000.

Guests could purchase butterfly decals to honor either those who have been diagnosed with cancer r in memory of those who have died from it. The decals were displayed alongside the back wall of the fairground’s event center. Towards the end of the program, organizers read out the long list of names on this Wall of Hope.

Afterward, the children at the event gathered outside to help release dozens of live painted lady butterflies. The butterflies scattered into the sky, though some needed additional encouragement.

Many of the activities featured at Saturday’s festival have been around since the event’s inception in 2003.

“We’ve been very blessed,” Bjorling said. “We live in a very giving community and people have really embraced this.”

Scottsbluff Police arrested a 20-year-old Scottsbluff woman Wednesday, alleging she injured two people with a knife during an altercation.

Chadron authorities are investigating the death of a 10-month-old girl and have arrested her father on charges.

Budgeting for gas: Scottsbluff departments monitor budgets as prices increase at the pump

The revocation follows a complaint alleging that beginning in the early to mid-1990s, Nolan Beyer “engaged in a personal and noneducational relationship with a student.”

As an avid gardener, Jana Kehn and her husband, Jim, enjoy visiting the various residences featured on the Theatre West Garden Walk every year…

More cyclists than ever before participated in Saturday’s Robidoux Rendezvous race. A total of 588 riders set off on four different courses, e…

Biden's Mission In Europe: Shore Up Alliance Against Russia 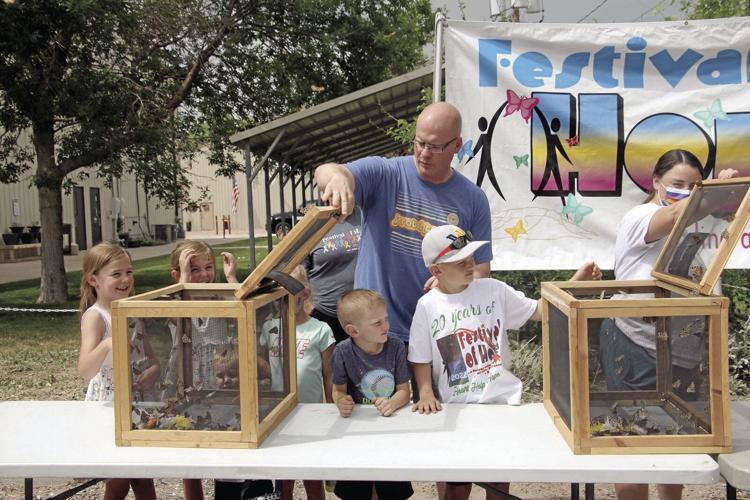 Children excitedly released painted lady butterflies at the conclusion of the Festival of Hope. This tradition is one of several which has been a part of the festival since its inception in 2003. 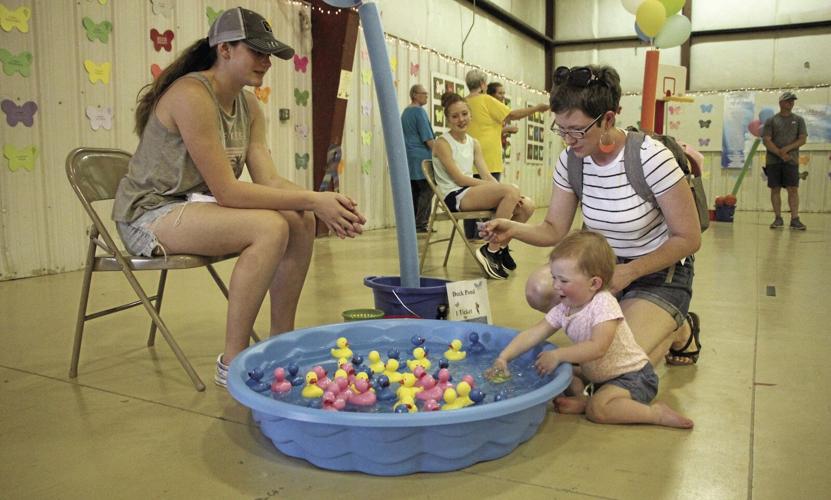 Genevieve Eirich selects a duck out of a pool as part of a Festival of Hope activity while her mother Brittany (right) looks on. 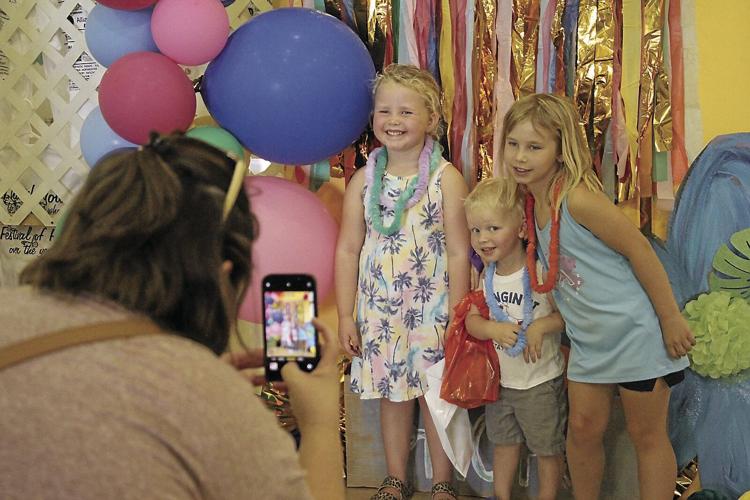 Kara Plett photographs her kids (l-r) Kamryn, Clay and Kodee Plett as they pose in front of a selfie station at the Festival of Hope event on Saturday, June 18. 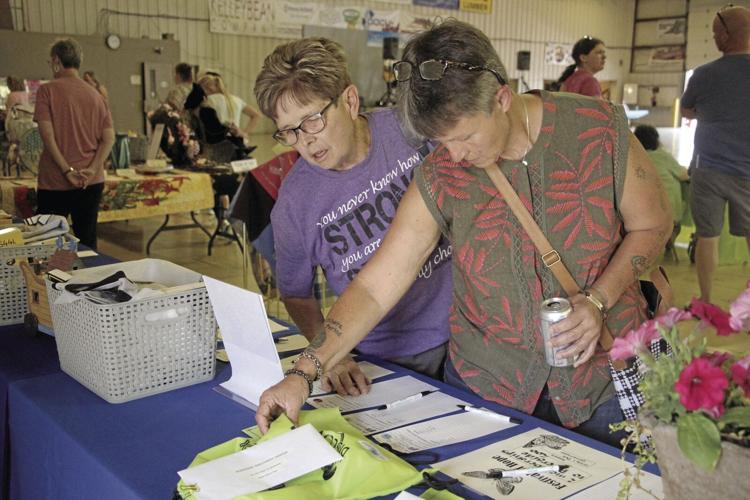 The Festival of Hope featured both a live and a silent auction where guests could bid on various items and prize packages. The money is used to aid the families of cancer patients with non-medical expenses such as bills or groceries. 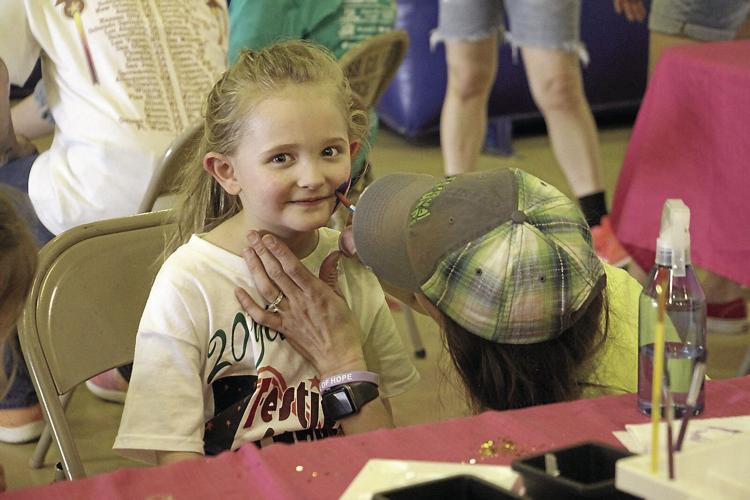 Children could get their face painted, jump around in a bouncy castle, try their hand at basketball and more at the Festival of Hope fundraiser in Mitchell Saturday. 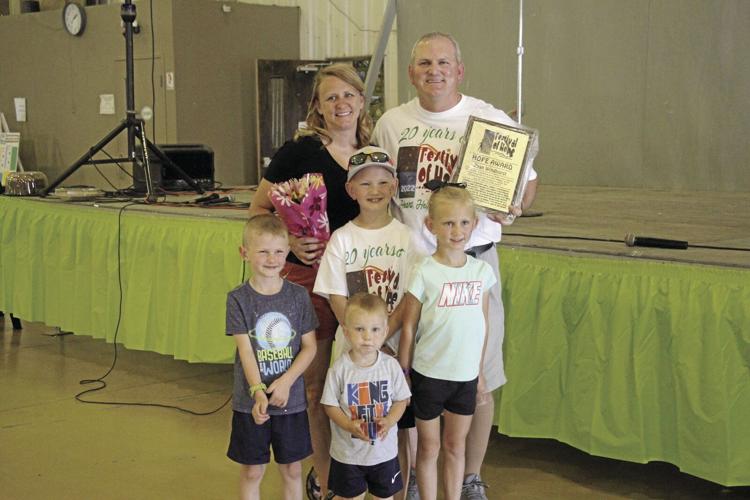 Ryan Windhorst, chairman of the Festival of Hope board, poses with his family after having won a Hope Award on Saturday June 18.