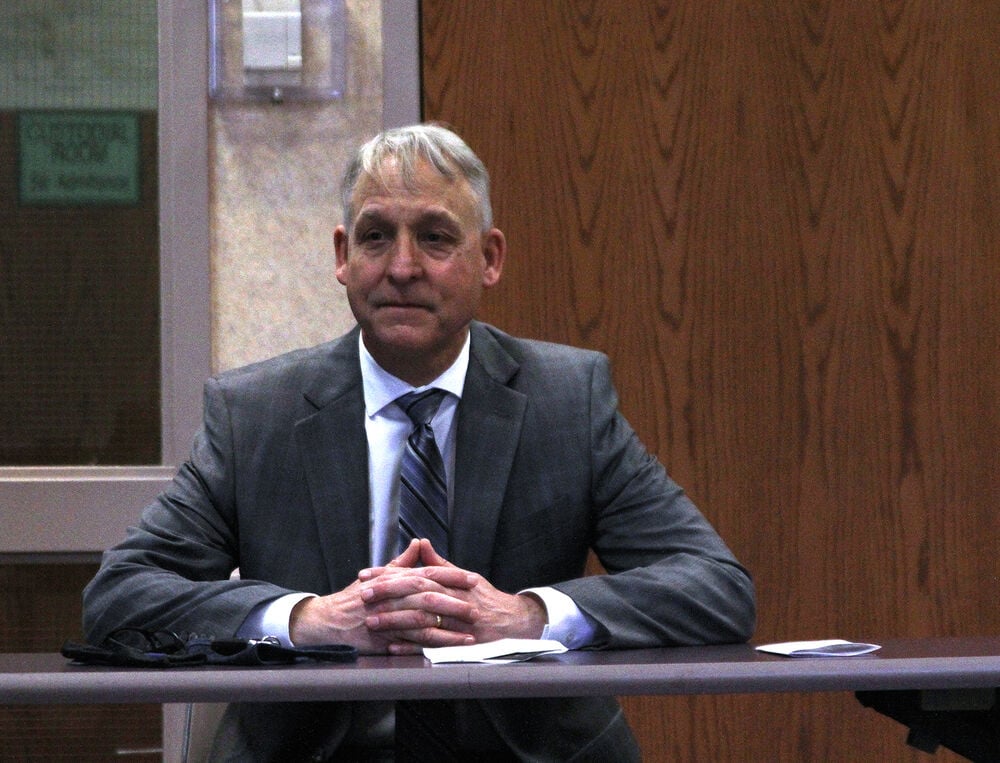 Jeff Hecksel, a finalist for the city manager opening, waits before his interview Thursday, Feb. 18, before the Alliance City Council. 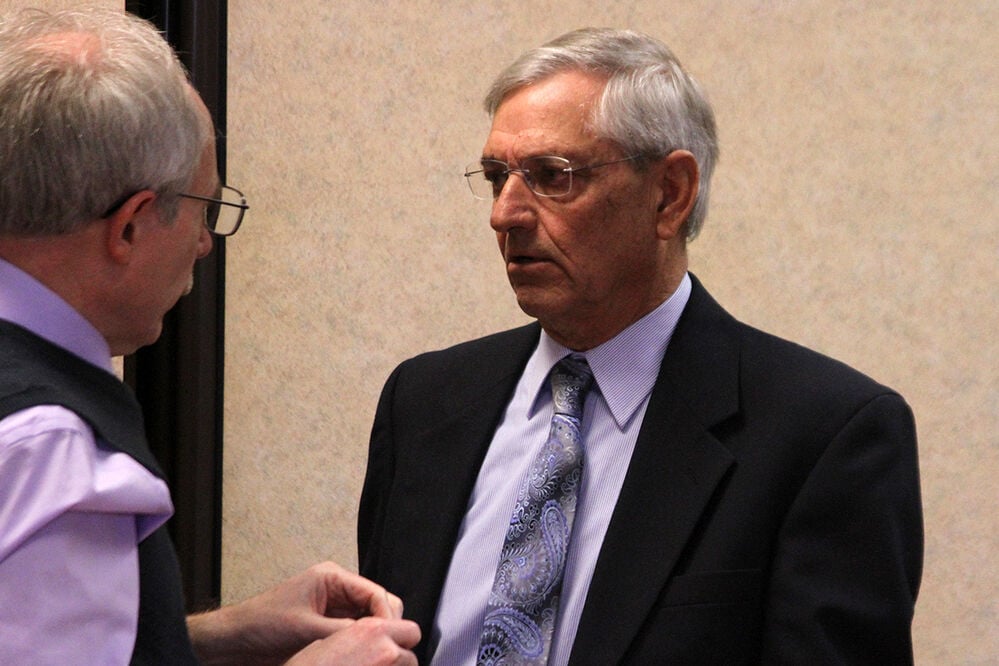 After he made the motion, McGhehey said he called personal and professional references in Hood River County in Oregon, which Hecksel has managed for the past six years.

“I think one of our concerns about Mr. Hecksal was he’s got kind of quiet personality and didn’t come off as real dynamic or outgoing,” he said, adding that he wanted to follow up on the interview.

McGhehey said talks with the county’s chairman and the human resources director were positive, as they described Hecksel as “passionate, a relationship builder,” despite his quiet personality.

“It just made me more comfortable with Mr. Hecksel and I think he would be a good fit for our community and offer us something that we would really appreciate,” McGhehey said.

Council member Annora Bentley then asked if McGhehey would amend his motion to allow for additional negotiation, without a wage cap and McGhehey accepted.

Mischnick said he was 80% for Hecksel but “not quite there,” and said the council could take their time on this decision for another candidate.

“I think we’re making this decision a little out of fear,” Mischnick said, participating in the meeting over speakerphone.

Mayor Mike Dafney said he felt good about the council’s decision. He said the other candidate was qualified as Thomas had 26 years of experience at nine municipalities. The council did receive emails from multiple people from Claremore, Oklahoma, asking them not to hire Thomas, citing an alleged investigation into harassment during his 2020 resignation, which Thomas has denied. Thomas’ third-party interim contract to run the city of Dewey-Humboldt was terminated 26 days before the contract’s end in early February, and the city still has not given a reason.

“I think Jim Thomas could have done the job for us, but things came along with that I think gave the council members, a little hesitation, and we had another good candidate who everybody was going on board with,” Dafney said.

Dafney praised Hecksel’s longevity and municipal experience. Hecksel, 60, has worked for four municipalities over 34 years, a rarity when the average length of stay is often two to five years.

“He’s coming in here with a lot of experience and a lot of tenure, one of them was 11 years — that’s unheard of in that job,” Dafney said. “I think we made the right choice.”

The Gering City Council made a lot of money moves Monday night. They unanimously accepted a sewer repair bid, approved of a new Keno contract …

Street closure on West 19th St. between Broadway & Avenue A

US Rep. Don Bacon comes to the Panhandle

Rolling blackouts, present across the state of Nebraska and the interior U.S., hit Western Nebraska Regional Airport, according to Airport Dir…

The Alliance City Council took no action regarding Jim Thomas’ status as a finalist for Alliance city manager in an emergency meeting called Monday.

Investigators from the Nebraska State Patrol and Gering Police Department served a search warrant at a Gering home Friday.

In an open letter to Sen. Ben Sasse, the Scotts Bluff County Republican Party has indicated it has censured him for his stated views on former President Donald Trump.

Jeff Hecksel, a finalist for the city manager opening, waits before his interview Thursday, Feb. 18, before the Alliance City Council.