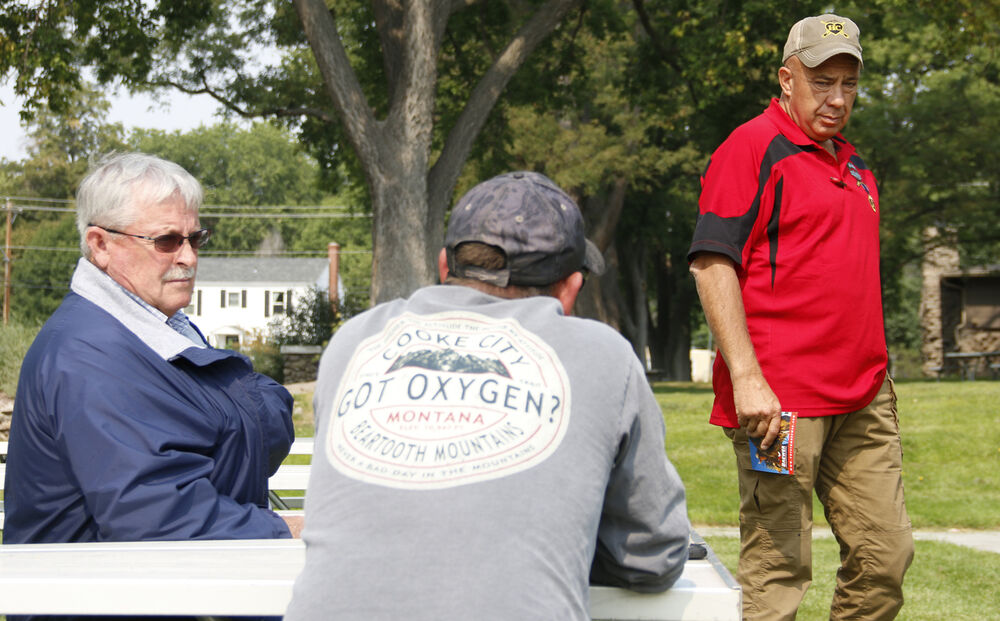 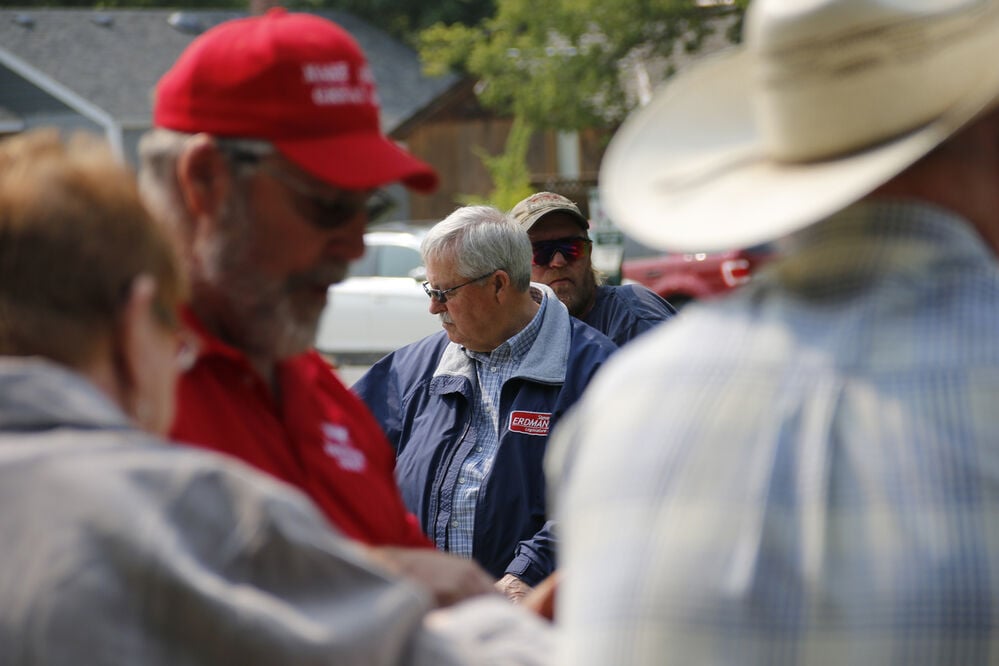 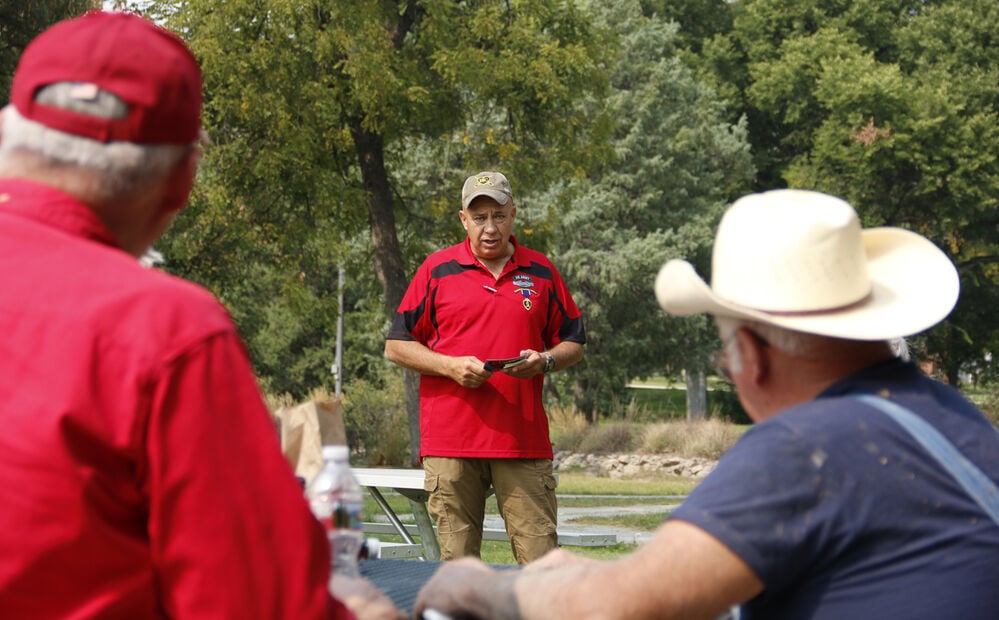 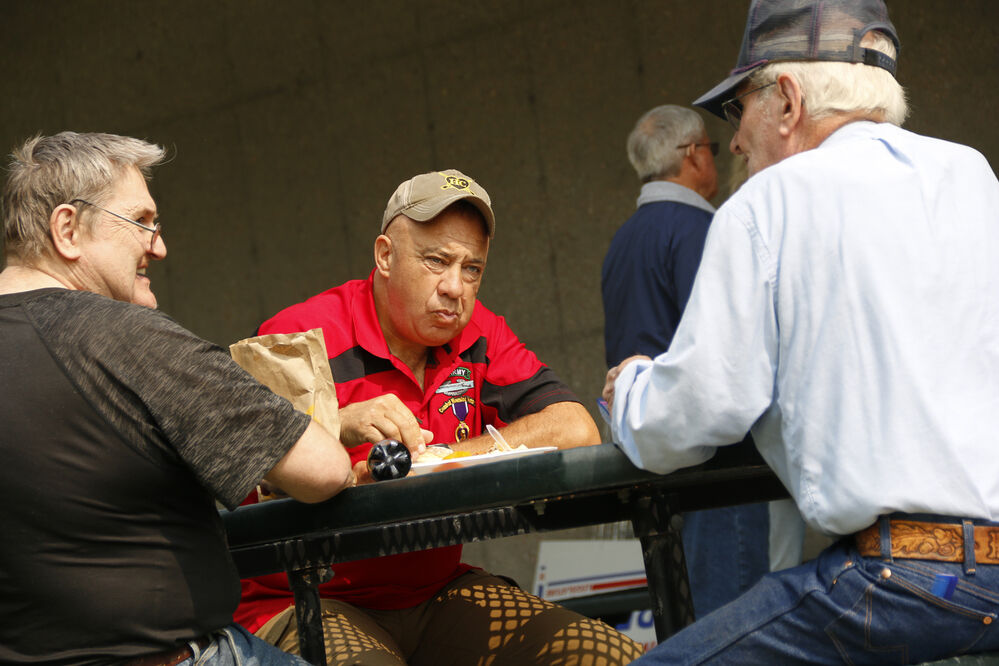 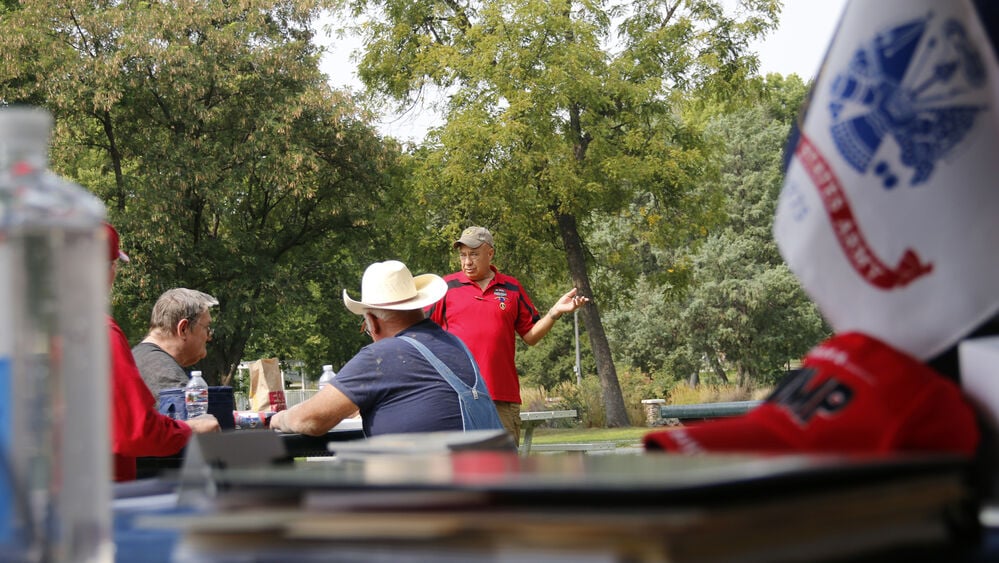 State Sen. Tom Brewer taking questions during an event in Alliance on Sept.16, 2020.

As if written in the chorus of an old western ballad, Sen. Tom Brewer strolled into Alliance on Wednesday, one of the final two stops in his tour across Nebraska Legislative District 43.

The event, called the Freedom Ride, is a part of Brewer’s bid for a second term in Nebraska legislator to represent the 43rd district. He’s challenged by Sandhill’s rancher Tonya Storer.

The Freedom Ride culminated in Thedford Wednesday evening, after two weeks in the saddle.

“It gave us a chance to get out there and not just see the bigger towns, but the ones that no one ever goes too because we had to ride through them on the Cowboy Trail,” Brewer said.

Brewer said the Freedom Ride was the second in his time campaigning for District 43. The first came four years ago during his first campaign. Brewer said the ride on horseback was a cheaper alternative to traditional campaigning. Last time, Brewer said he spent a month riding around his district.

“Because of some of the responsibilities I have as a senator, I couldn’t take an entire month off,” Brewer said.

He added that the ride gives him a chance to hear voters’ concerns in a way door-to-door campaigning can’t replicate. He said the event encourages people to come to him.

Over the two-week trek, Brewer told the Star-Herald, he’d heard voters express a range of issues. on where they were located.

“In the eastern end (of the District 43), of course, property taxes are the consistent issue,” Brewer said.

He said people on that half were anxious to see if the 2020 tax reform package would give them the relief they were hoping for.

“We’re warning them that it isn’t what we wanted,” Brewer said. “It’s a movement in the right direction.”

Earlier this year, Brewer voted in favor of a tax reform package that created a gradually increasing tax credit, after debate and rewrites plagued the reform package.

In the western chunk of the district, Brewer said voters were concerned about a lack of emergency services, like ambulance workers and firefighters. He said that a possible solution might be a tax exemption for employers with volunteer firefighters on their staff.

A lot has changed in the four years since Brewer’s first run at a legislative seat, but no change was as transformative as the ongoing COVID-19 pandemic.

“There were a lot of things looming over this one that wasn’t an issue before,” Brewer said.

Around 22 people showed up to the event, including Bayard’s Sen. Steve Erdman who led a prayer before the crowd ate.

The outdoor gathering was not in violation of any gathering limits during phase four of the directed health measures. No member of the crowd wore a mask, although tables were separated by several feet.

Brewer’s ride ended on Thursday. He departed the Alliance lunch for a dinner in Thedford. The election for District 43 ends on Nov. 3.

Does it matter that Chris Janicek is a Democrat? Ask him, and he’ll tell you — absolutely not. Janicek is visiting western Nebraska this week, including an event Saturday at Frank Park.

With the passage of LB 424, communities can now look to the formation of land bank organizations and begin the process of addressing nuisance …

The City of Scottsbluff has earned its 32-year Tree City USA designation, reflecting the city’s commitment to planting and maintaining trees i…

A new app from the City of Scottsbluff is designed to help residents with paying their bills or accessing the city’s sanitation schedule.

Scotts Bluff County will balance the budget by transferring money from a capital fund for large projects to cover the more than $532,000 short…

COVID-19 cases among city employees have impacted multiple departments within the City of Scottsbluff, but the city will still be relaxing mas…

New local businesses pop up in Kimball thanks to city funds

A drive through the small town of Kimball would reveal quite a bit of construction and renovation. Thanks to the city’s multiple loan and gran…

Western Nebraska Regional Airport Director Raul Aguallo told board members Wednesday the airport had sustained more than $9,000 in damages to …

State Sen. Tom Brewer taking questions during an event in Alliance on Sept.16, 2020.