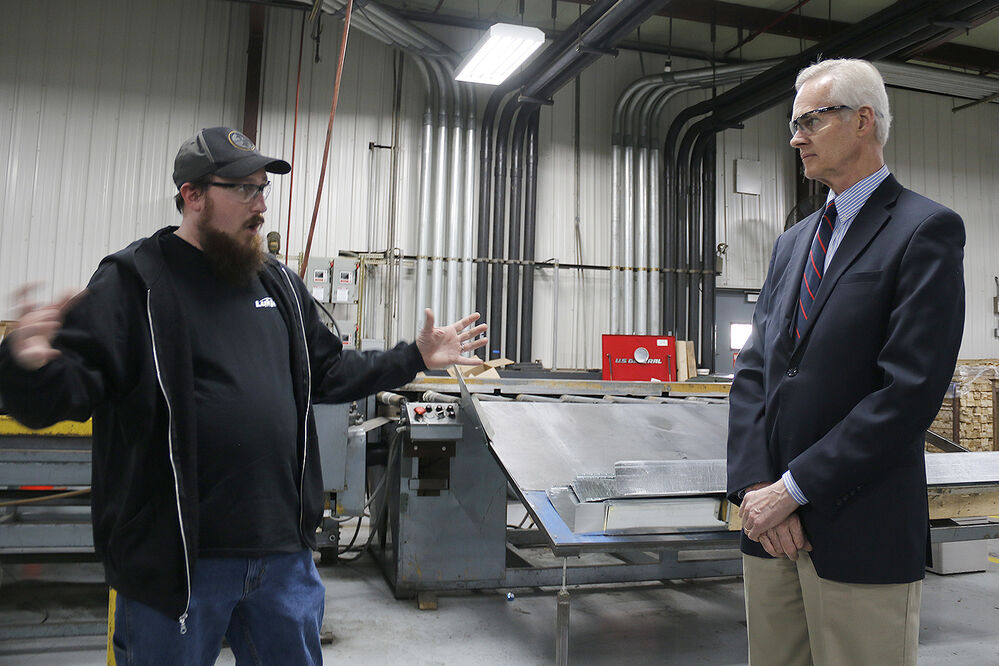 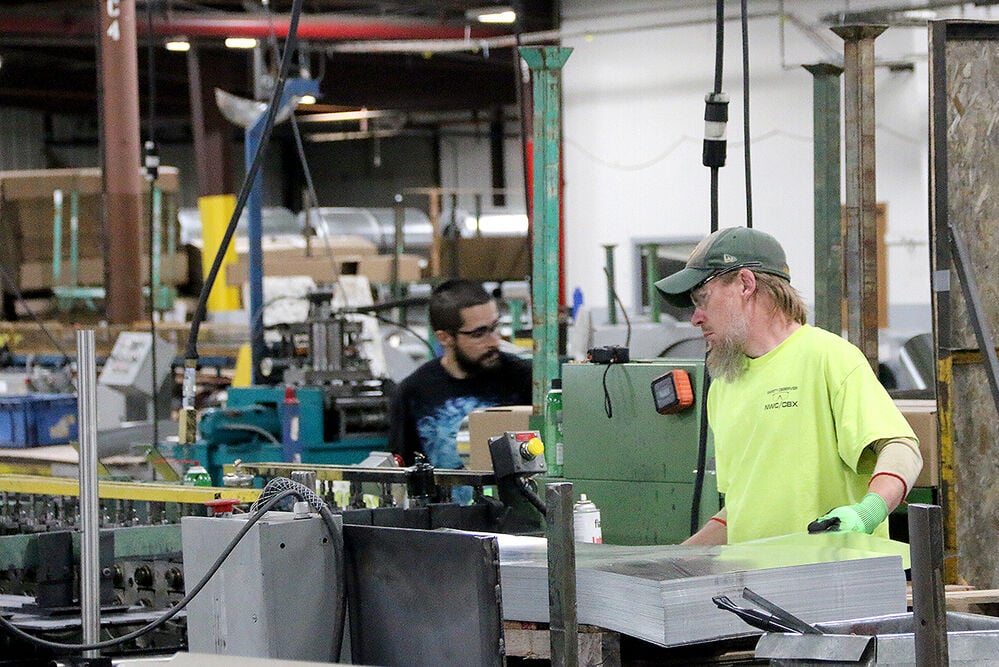 Workers manipulate steel at the Sidney Lukjan factory on Tuesday. 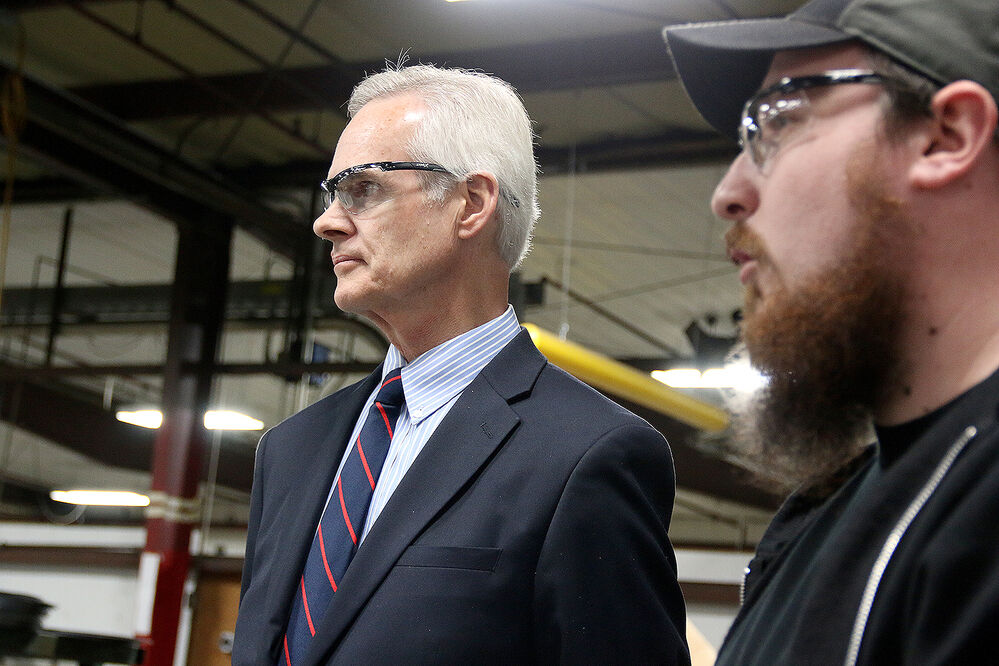 Lt. Gov. Mike Foley and Assistant Plant Manager Larry Hamm talk during the tour of the Lukjan facility on Tuesday. 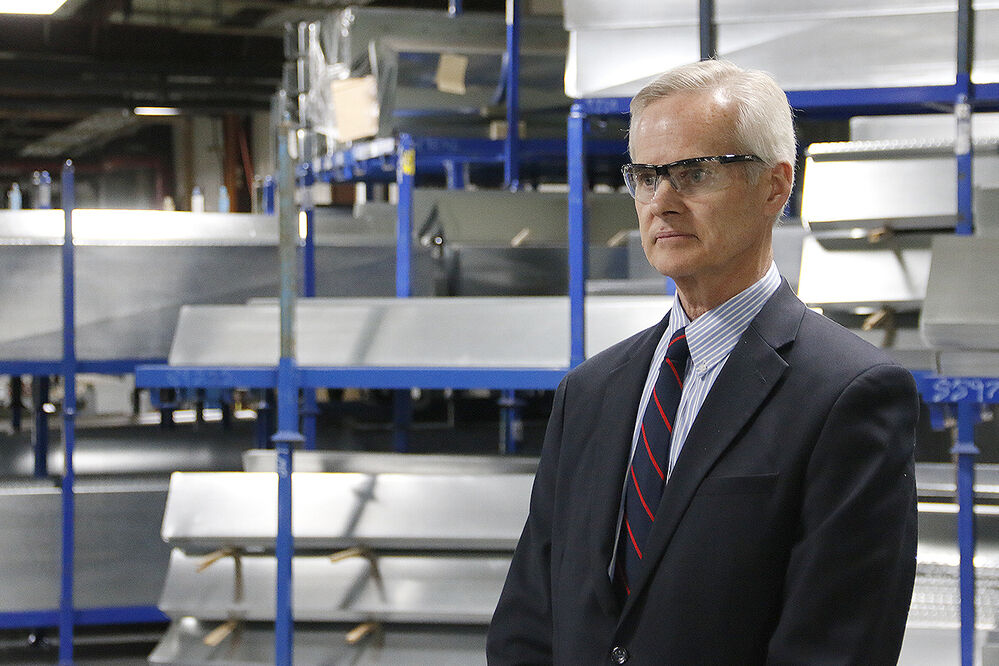 Lt. Gov. Mike Foley listens as he tours the Lukjan facility in Sidney on Tuesday. 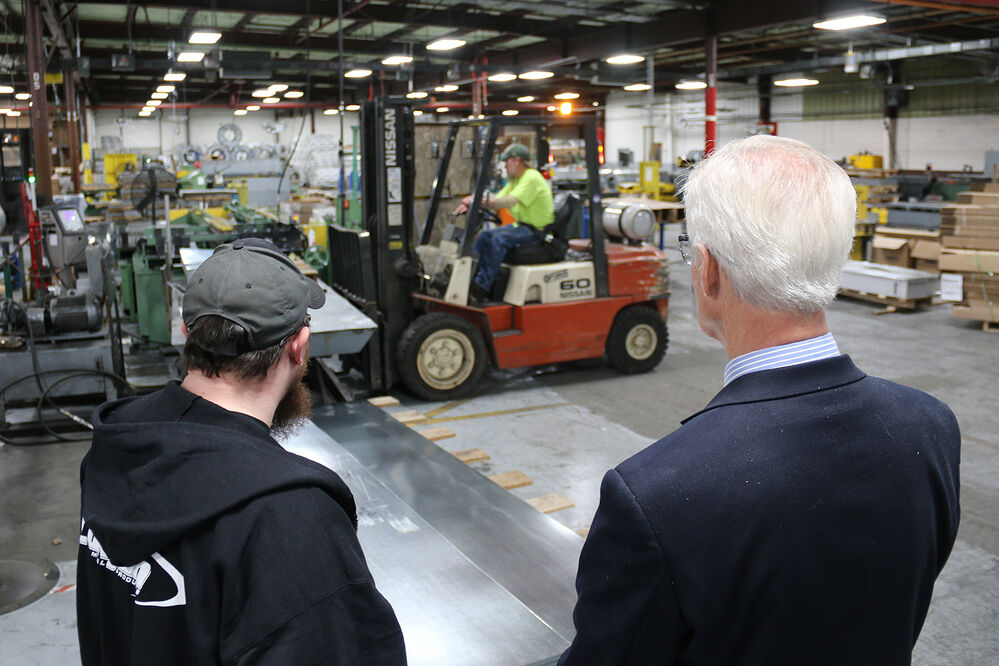 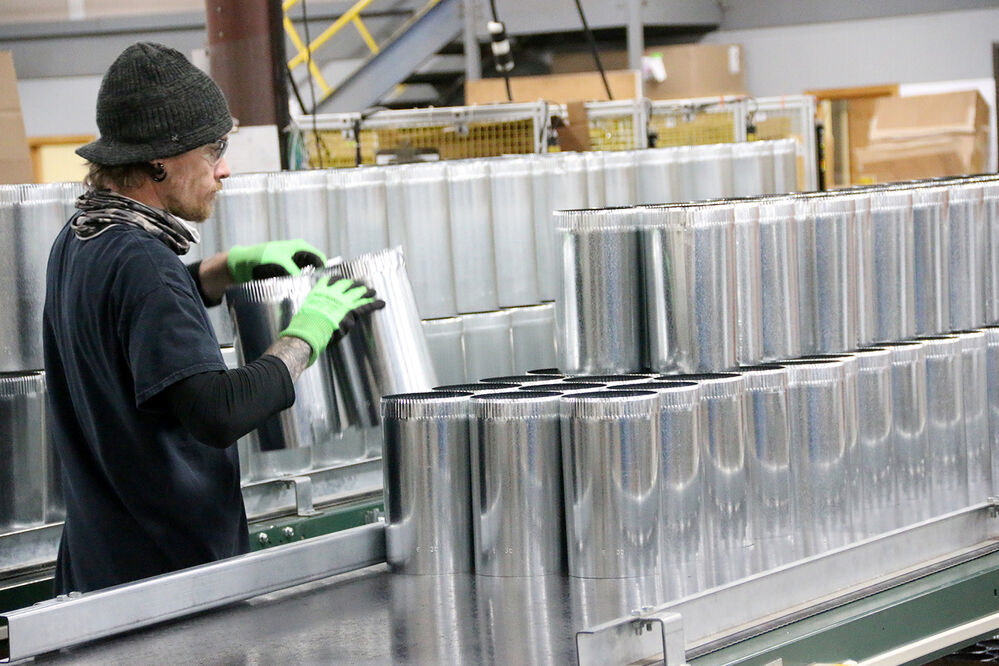 A worker sets metal products in a line at Lukjan in Sidney.

Foley visited five Sidney businesses Tuesday, many of which received aid from the state in their opening or development. Throughout the Sidney tour, Foley said several commonalities and patterns stuck out to him.

“Workforce availability is a big issue in Nebraska,” Foley said. “This is a national issue, really, but it’s more acute in Nebraska.”

Throughout the pandemic, hundreds of thousands of Americans lost their jobs as businesses shuttered. Nebraska was largely spared from the unemployment issue. However, as the pandemic waned and the economy began to recover, the employment market remained stagnant. In Nebraska, unemployment hovers around 2.9%.

“Which on the surface sounds great,” Foley said. “But if you’re trying to run business and attract employees, it becomes a serious problem.”

Foley pointed to one of the businesses he toured on Tuesday, Lukjan Metal Products. While touring the factory floor, Lukjan management told Foley they were short-staffed across several of their locations.

“It’s still a struggle, and we’re still dealing with it,” Larry Hamm, assistant manager at the Conneaut facility in Ohio, said.

Hamm, who gave Foley the tour of Lukjan, said that other facilities have raised starting raises to incentivize people to work at their facilities. Otherwise, Hamm said the metal-making factory looks to automatization to reduce the need for more human labor.

Foley said the workforce issue comes down to pipelines of workers. It’s important to showcase factory jobs to kids as young as middle school.

“We don’t want to lose them to other states. We need the warm bodies in Nebraska,” Foley said. “And when kids realize there are great jobs here with good paychecks and good benefits, they’ll be inclined to stay and live a good life.”

For Wednesday, Foley is set to travel to small businesses in Chappell.

‘Street Outlaws’ to return for filming

The Discovery Channel’s “Street Outlaws” will be back in Scotts Bluff County.

Nebraska gubernatorial candidate Charles Herbster made a stop in Scottsbluff Tuesday with former President Donald Trump’s senior adviser Kellyanne Conway. He visited with the Star-Herald Wednesday about his campaign.

As more and more states legalize marijuana, Legal Marijuana NOW party chair Krystal Gabel hopes Nebraska could be the next.

911 radio system needs upgrades, but conditions not optimal — yet

Though Scotts Bluff County 911 director Tyler Rexus is looking for a commitment to a plan to upgrade the county's radio system, local entities are looking for more details about the plan before committing.

Workers manipulate steel at the Sidney Lukjan factory on Tuesday.

Lt. Gov. Mike Foley and Assistant Plant Manager Larry Hamm talk during the tour of the Lukjan facility on Tuesday.

Lt. Gov. Mike Foley listens as he tours the Lukjan facility in Sidney on Tuesday.

A worker sets metal products in a line at Lukjan in Sidney.