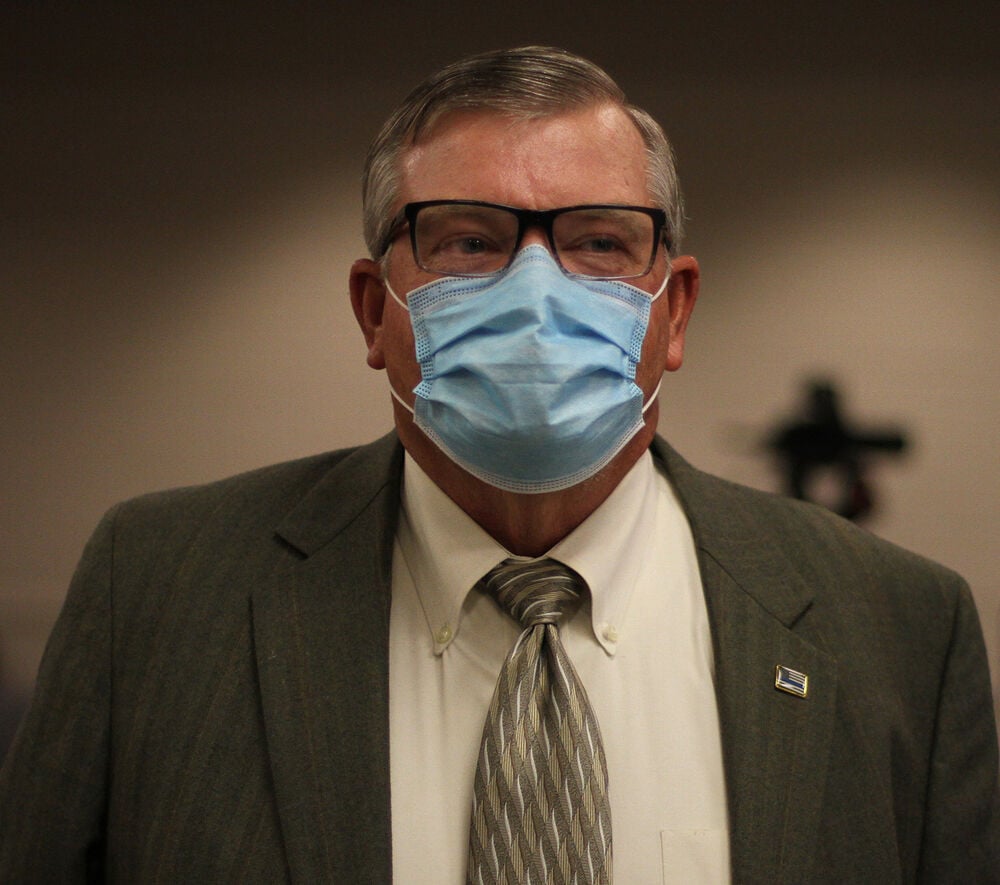 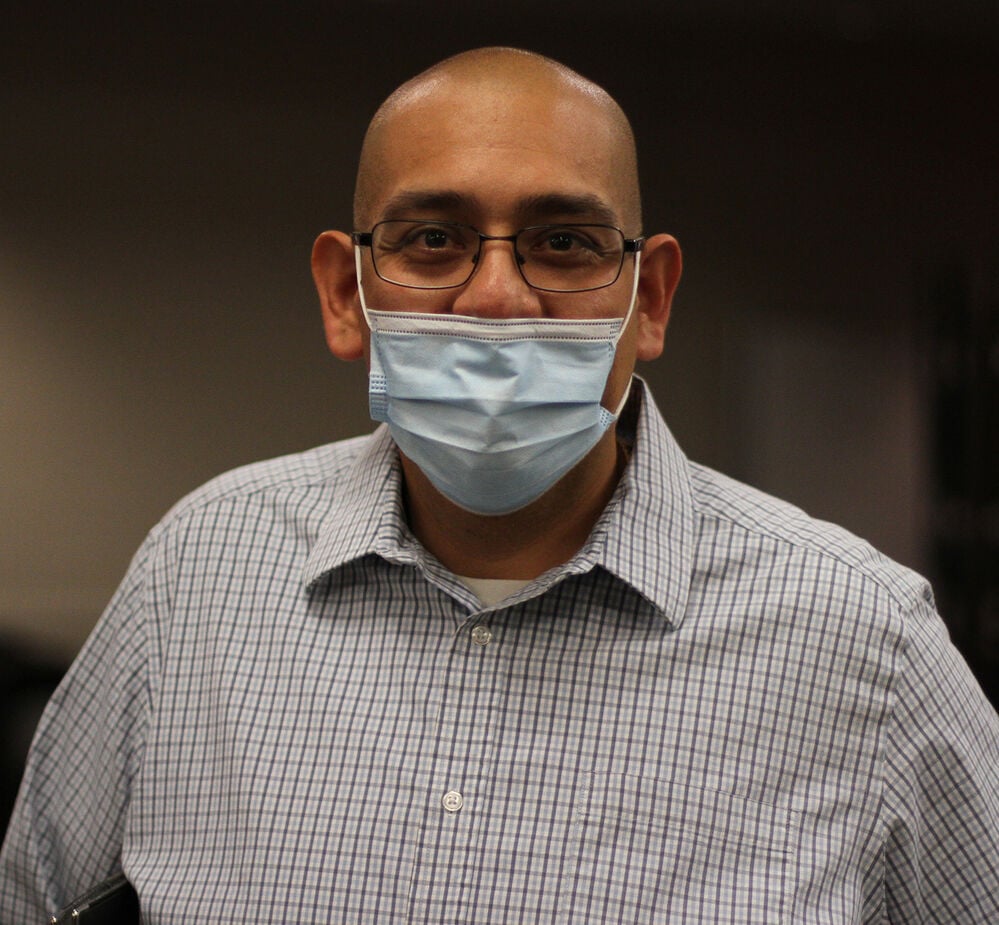 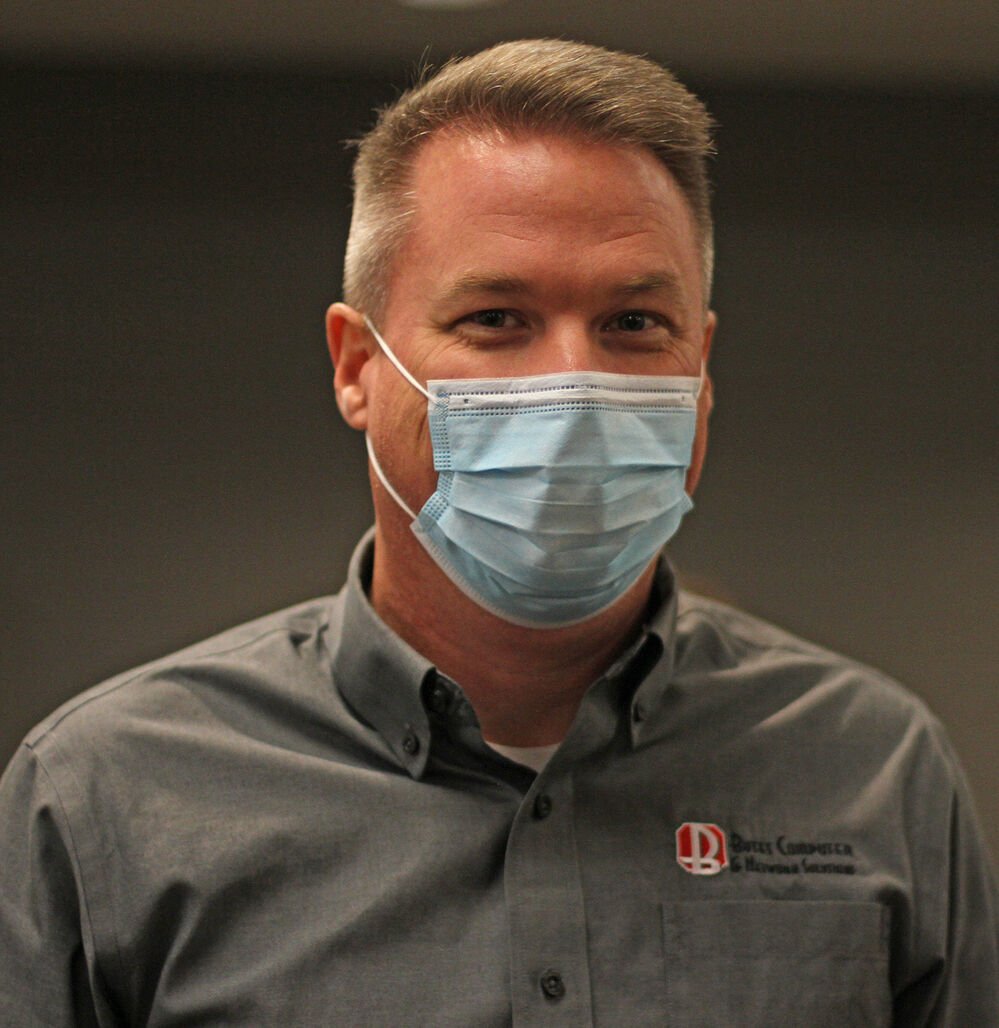 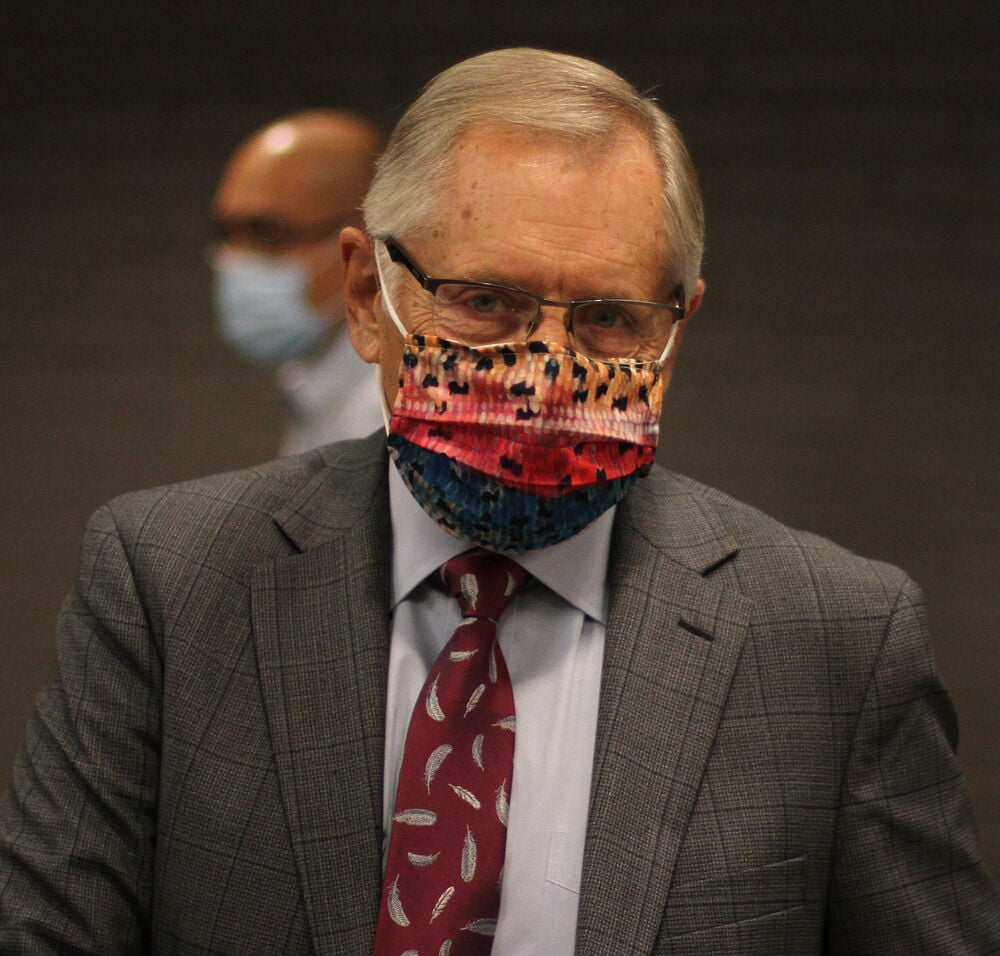 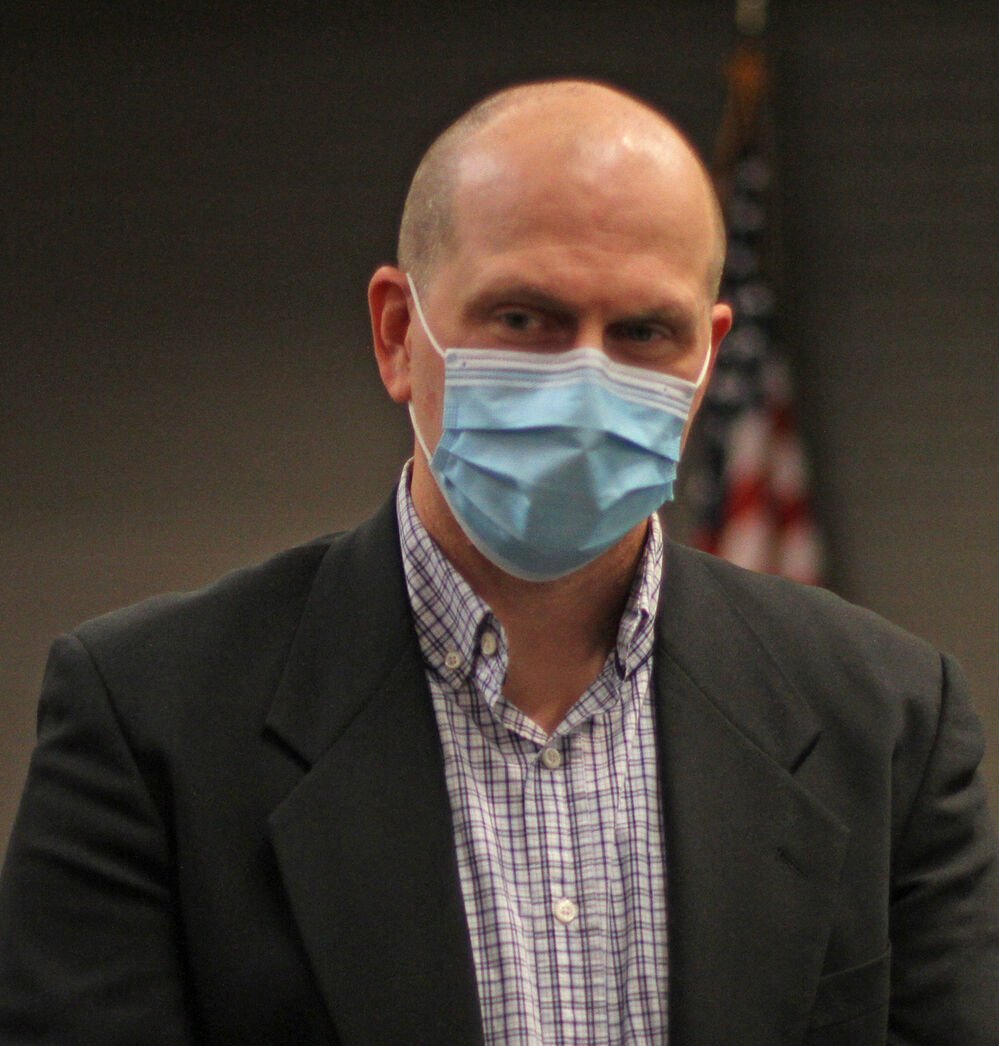 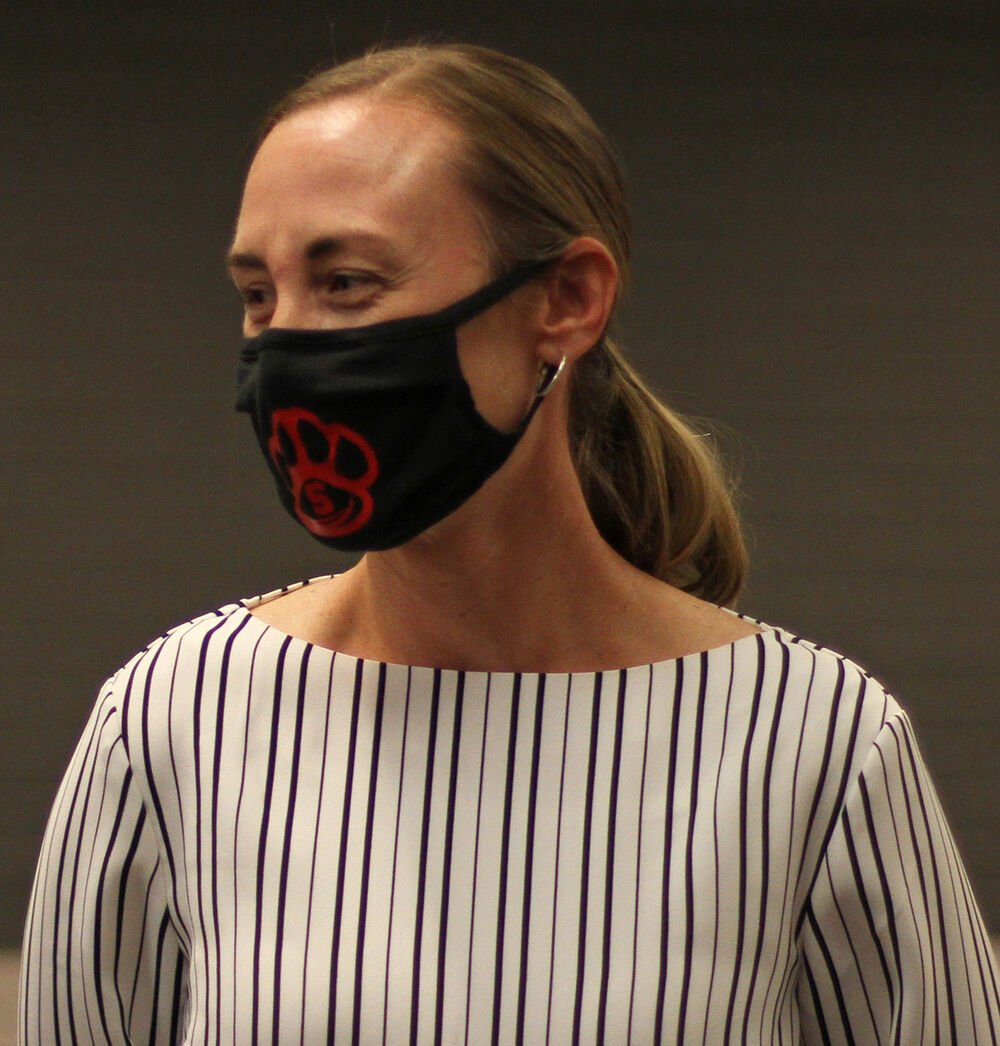 Less than a week after a school board meeting was interrupted with racist slurs from a zoom call, issues of equality, finance and sexual assault dominated a forum between six candidates vying for three seats on the Scottsbluff Public Schools Board of Education.

The six board members serve at large, meaning they represent the entire district instead of specific areas of the district. They serve four-year terms and have no limit on the number of terms they can serve.

The forum was sponsored by the Scottsbluff-Gering United Chamber of Commerce and was live-streamed. No outside guests were allowed in the Scottsbluff Public Schools boardroom during the forum due to COVID-19 precautions. The order candidates spoke was decided beforehand in a lottery.

The third question of the night addressed the issue of race and discrimination — topics that have become regular points of discussion at SBPS board meetings this year.

In June, two students spoke to the school board, asking the district to do more to address discrimination and racism in their classrooms. Since then, the board debated and approved funding to solidify the existence of a multicultural organization that supporters said will give students a place to voice their concerns to administrators, among other things.

It was clear on Wednesday night that equality would be a keystone of the race moving forward.

“The first thing that we have to do is listen,” she said.

Merrigan said she hoped the multicultural organization would allow people in the school system to learn about each other.

Kinsey, current school board president, said, “I was one of those that was concerned the first time (the multicultural organization) was presented because it was not explained very well.”

Kinsey, along with the rest of the school board, voted to table the organization when it was first proposed. While Kinsey was absent from the Monday night meeting due to family matters, he said that if he’d gotten the opportunity to vote on it a second time, he’d vote in favor of it.

De Los Santos, who followed Kinsey, said, “I graduated from Scottsbluff High School and there were a few cases I dealt with this personally.”

He added that one way to face this was to be upfront with it. He said that fixing it starts with the building and requires full commitment from the entire school district.

When Lewis answered the question on the topic, he said, “Things have come a long way from where they were ten years ago.”

Reisig said that the district needed to listen and move forward, something that the multicultural organization would do.

“There are many studies that show that diversity leads to better performance,” he said.

“When we talk about diversity, it means a lot of different things to different people,” Snyder said.

He added that diversity included gender, sexual orientation and socioeconomic status in addition to race. He also said that the real challenge was inclusion. Snyder also voted to table the multicultural organization when it was first before the board. He later voted for it. He said that he also wanted to see training about implicit bias among the entire school system.

In February, SBPS resolved a federal civil suit with a $1.764 million settlement after two students were sexually assaulted by former Golf Coach Michael Klein. Klein was convicted in November 2017 and was sentenced to 23 to 32 years in prison, on four counts of first-degree sexual assault, a Class II felony.

De Los Santos, the first to speak on the topic, said that the most important thing was administrators being aware of what was going on in their buildings. He said the multicultural organization might also act as a venue for students to speak out.

Lewis said he supports policy changes the district has made, but that more time needed to be spent on addressing issues.

“We’ve got a different culture of teachers coming through the school system,” Lewis said. “I don’t know if they have a good understanding of the clear definition of the line that has to be placed.”

Reisig said that there was always more to be done when training and setting boundaries. He added that awareness was also important.

“We have these rules for a reason,” Reisig said.

Snyder said that staff watching for grooming and listening to students is important to uncover possible pedophiles. He said there wasn’t much more that could be done.

“The number one thing is to be vigilant,” he said.

Merrigan said it is an important issue.

“As a woman in the Army for 15 years, this means a lot to me,” Merrigan said.

She said that sexual assault and abuse starts with the culture of an organization. She said that it was important to be vigilant but to also give the victim a place to go and resources. She added that it can’t be a moment to interrogate the victim.

In addressing the question, Kinsey referenced his time as a police officer and said that reporting suspicions is key to uncovering cases. He also said that he felt the current system for reporting allegations in Scottsbluff was working well.

The district that the candidates hope to represent comes with a $50 million budget covering about 3,400 students and 218 teachers.

The 2020-2021 budget is a 6.6% increase from last year’s budget. The increase stemmed from two federal sources — over $900,000 from the CARES Act and $2.3 million from a federal grant — as well as an increase in the starting salary for new teachers and an increase for current staff.

However, when Finance Director Marianne Carlson presented the budget, she did so with the caveat that a hiring freeze should be considered.

Kinsey, who answered questions about school finances first said, he supported the idea of changing school funding so that the state held a higher burden and local property owners held less of a burden.

“Pretty much all of it should come from state aid,” Kinsey said.

De Los Santos said he was new to school budgets and that he didn’t have the right answer for balancing school funding with property tax relief.

“Most importantly, (the taxpayers) have entrusted us to handle the taxpayer dollars,” he said. “I think it’s very important that we’re good stewards.”

Through his experience owning a small business, Lewis said he knew the burden of property taxes firsthand. He said that he’d look at advocating for changing the funding model.

“As far as the budget goes, I’m going to be as fiducially responsible as I can be,” Lewis said.

Reisig said that he felt the school board had done a good job of being stewards of the taxpayers' money so far. He added that the money that schools get provides opportunities, especially to the impoverished at no cost.

Snyder said in his 13 years on the board, school funding was the most confounding thing he’d ever addressed. He said that he also thinks the system should be redone so that all the district received more equitable funding.

“To have the burden on local taxes ... is really absurd,” he said.

Merrigan, the final candidate to answer the question on the issue, emphasized the balance between school funding and tax relief, especially in the context of the district’s ruralness.

“What ends up finding that balance for me is leadership,” she said.

The election will be Nov. 3. Voters can also request early ballots to cast their votes in the race.

With increased valuations issued, property protests are a certainty in Scotts Bluff County

A crowd of about 50 people, including a couple youth baseball teams, a handful of Gering City Council members and even Congressman Adrian Smit…

The Gering Swimming Pool will open on Tuesday, June 1.

Rep. Adrian Smith has split from his fellow Nebraska House members in two high-profile, politically charged moments. But it’s not because he thinks President Biden didn’t win the presidency, or because he condones the Jan. 6 mob.

Ricketts speaks out on 30x30 plan at town hall meeting

Landowners from Box Butte County, Dawes, Morrill and other surrounding counties gathered at the Knight Museum and Sandhills Center in Alliance…