Milley says calls to China were 'perfectly' within scope of job 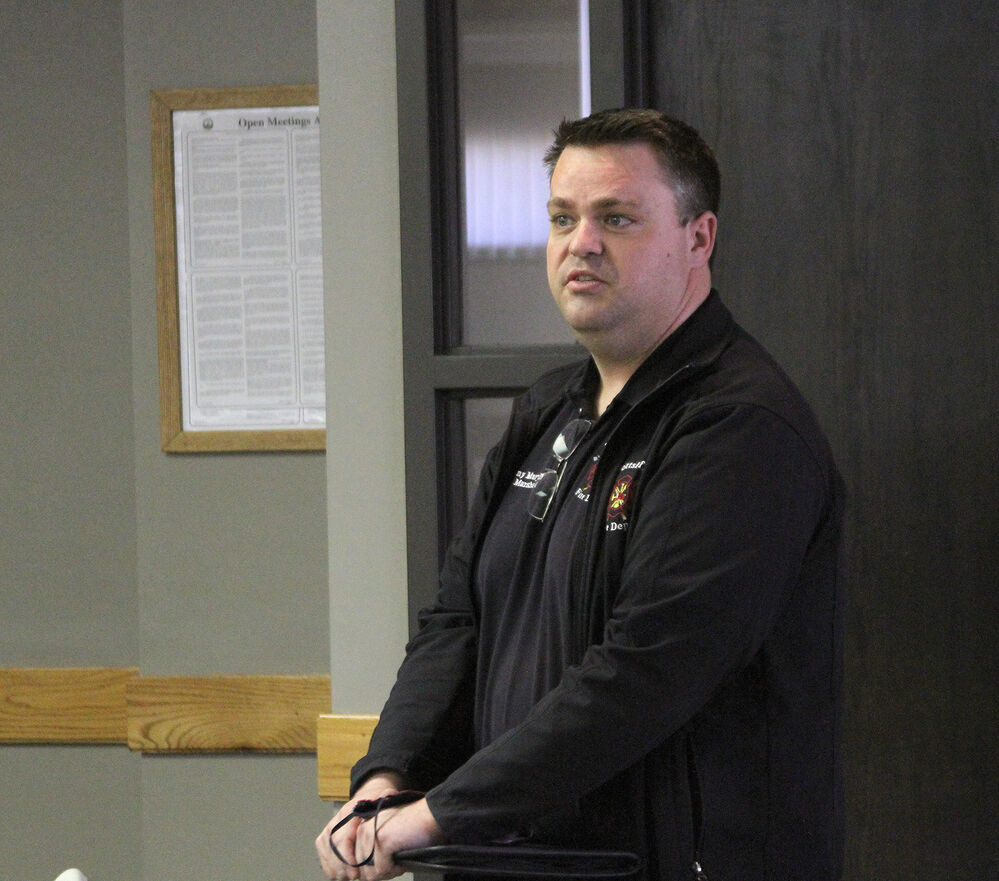 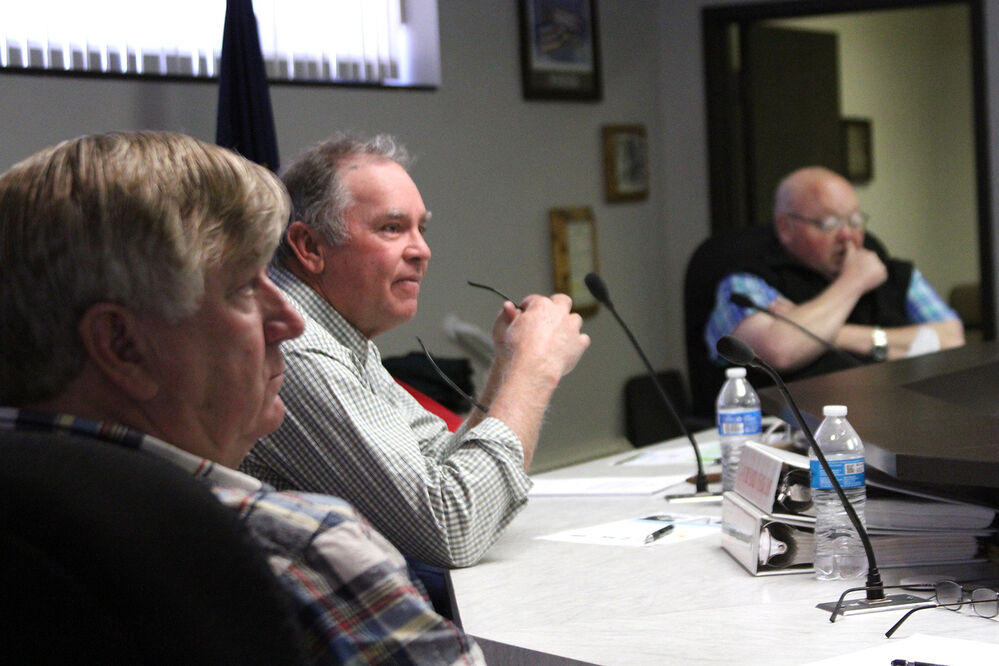 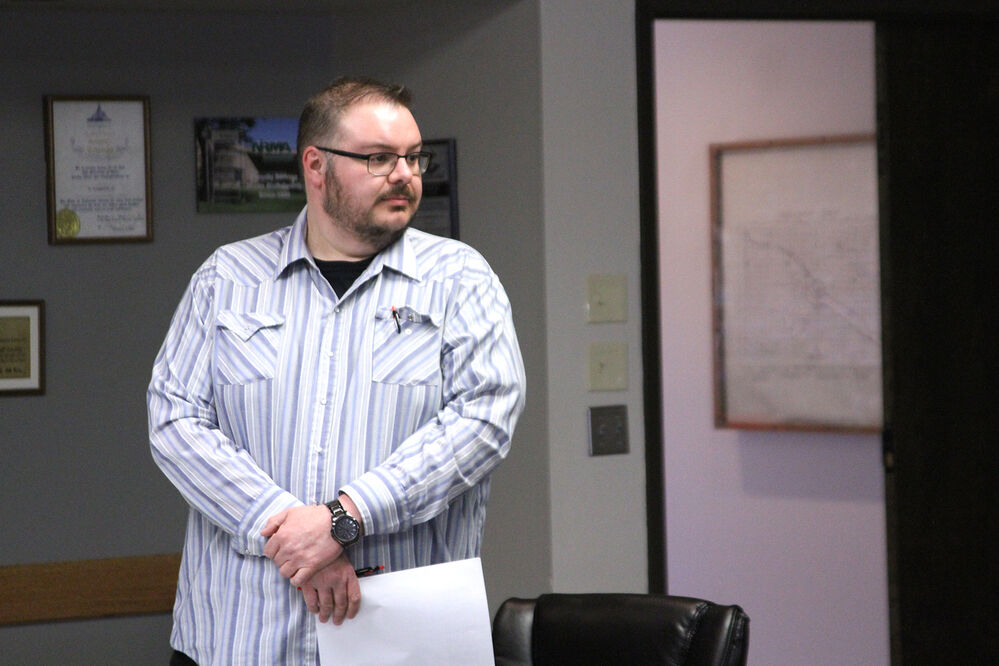 Scotts Bluff County is looking to combat radio silence, with a prospective $7.1 million dollar upgrade to the emergency radio systems used by law enforcement, fire departments and dispatchers around the Panhandle – with the county’s costs estimated at $4.2 million.

Tyler Rexus, the 911 coordinator for the county, held a presentation for the Scotts Bluff Board of County Commissioners Friday morning to discuss replacing aging radio infrastructure and moving 911 communications into the future. Friday’s meeting was the first step in that process.

Rexus now heads the center which supports all emergency – and many non-emergency – calls for more than 60 agencies in Scotts Bluff County, northern Banner County and the south half of Sioux County.

Many of those law enforcement, ambulance and fire agencies were at a separate meeting with Motorola, the vendor, to look at models for hand-held and in-vehicle radios to order them for their agencies. Rexus said he hoped other agencies would help pitch in funding, in addition to grants, which he said were scarce.

“I’ll see what I can find for additional funding sources, and then we’ll massage the numbers down to the exact number and models for everyone,” Rexus told commissioners. “Then we’ll have a concrete number and go from there.”

Anthony Murphy, the fire prevention officer for Scottsbluff, said that despite the hefty cost to their departments, the smaller fire districts are on board with the radio changes.

“A lot of the busier agencies are starting to see those failures of the portables,” Murphy said. “On my desk, I’ve got a boneyard of three or four portables already that probably aren’t going to be able to be fixed. So we’re feeling that pressure.”

Murphy went on to say that smaller agencies are looking forward to the ability to communicate with any agency that gets on scene, citing the example of the Hubbard’s Gap Fire, where 25 fire departments and additional state agencies responded. That fire started out with local volunteer fire department response. “While there’s a lot of unanswered questions, I guess at this point for the smaller agencies overall, everybody is in favor just because we know that these radios are on a limited time span,” Murphy said.

The Nebraska Public Service Commission, an elected board which regulates telecommunications and other industries, recently announced plans to implement Next Generation 911 across the state, upgrading the systems for the digital age. People would be able to not just call 911, but also send text messages, picture and video.

Sheriff Mark Overman told the county the historical revenue source for this kind of infrastructure came from a $1 surcharge on landlines, which have disappeared with the popularity of cell phones, declining about 80% since the 1990s.

State statute allows the Nebraska Public Service Commission to collect cellphone fees and remit them to counties, but Overman said that money isn’t allowed to be used for radio or other infrastructure updates.

Previously, the cities of Gering and Scottsbluff have considered cell phone taxes to be used for 911 improvements, but none have passed. Knapper citied a bill in the state legislature LB215 as a method for collecting revenue.

According to the bill, “currently, every county in Nebraska except Douglas can charge up to a $1 surcharge on landlines and  70 cents on wireless, except Douglas county is capped at $0.50 for both,” continuing to say it wants to put the county on “equal footing” with the rest of the state to fund 911 services. The bill went before committee in February, but has not been voted on yet.

Commissioners said they may consider implementing a cell phone tax at a later meeting, but said they would have to hammer out how much the county versus partners would have to pay.

911 radio system needs upgrades, but conditions not optimal — yet

Though Scotts Bluff County 911 director Tyler Rexus is looking for a commitment to a plan to upgrade the county's radio system, local entities are looking for more details about the plan before committing.