After recent problems, first with Great Lakes Aviation and then with PenAir, the Western Nebraska Regional Airport sought bids for a new carrier to service the area. Six bids were placed with the U.S. Department of Transportation. The bids were more than expected and officials around the region have said that is a good sign for Scottsbluff.

The Star-Herald will examine the companies submitting bids in stories this week. In this edition, the Star-Herald looks at SkyWest Airlines and Great Lakes Aviation.

SCOTTSBLUFF – SkyWest Airlines, headquartered in St. George, Utah, has proposed to serve the Scottsbluff to Denver Essential Air Service route with 12 roundtrip flights per week for a two-year term.

In its $3.1 million bid proposal, SkyWest will be associated with United Airlines and will be marketed as United Express. The agreement allows travelers to take advantage of United’s frequent flyer program for seamless booking and baggage transfers to their entire network. SkyWest has a long history in many EAS communities in the United States.

For the Scottsbluff to Denver run, the airline will fly the 50-seat Canadair CRJ200 twin engine jet. Since 2007, they’ve been named five times as the most reliable CJR200 operator in North America.

SkyWest has replaced its prop plane service in several markets and the transition has stimulated a strong jump in passenger traffic. They expect to see similar increases in the western Nebraska market.

The flight schedule features both morning and afternoon departure times from Western Nebraska Regional Airport. The flights are coordinated to facilitate seamless connections to United’s large and diverse flight schedule from the Denver market. That includes more than 5,400 daily flights to more than 370 airports.

SkyWest has a fleet of 415 aircraft and recently placed and order for 25 additional larger planes for use in its partnerships with Delta and Alaska Airlines. SkyWest currently operates more than 2,000 flights per day to 229 destinations throughout North America.

The proposal states that kind of conductivity “makes it simple for passengers to plan their travel and is a key factor in the area’s continued economic development.”

“Because of these attributes, as well as the local demand to visit Denver, we expect to see a significant increase in passenger traffic in the community,” he said.

On June 19, 1972, SkyWest Airlines made its first flight from St. George to Salt Lake City, Utah, with a stop in Cedar City along the way. It’s grown into an air service provider offering global access to millions of travelers each month.

SCOTTSBLUFF — Great Lakes Aviation, one of six companies that have put in bids for the Western Nebraska Regional Airport, announced its bid to be $2,767,187.

Based in Cheyenne, Wyoming, Great Lakes has provided Essential Air Service for over 32 years throughout Midwest and Western regions of the United States. Great Lakes formerly served the Scottsbluff area until November 2016 when it was replaced by PenAir due to pilot issues and unreliability.

If Great Lakes Aviation were chosen as the carrier in Scottsbluff, passengers would have the ability to fly on other major airlines. Great Lakes has a codeshare with United Airlines, which allows passengers easy transfer to United flights as well as baggage transfer to final destinations. Interline ticketing with American Airlines, Delta Airlines and United Airlines is also offered in the proposal.

Passengers wait to board a Great Lakes Airline Embraer EMB 120 Brasilia airliner on Dec. 29. The passengers had a delay which might be typical…

Great Lakes Aviation submitted the proposal to provide essential air transportation at Scottsbluff, Kearney and North Platte, as well as Dodge City and Liberal, Kansas, and Crescent City, California. According to their bid, Great Lakes said each market should be considered as a stand-alone proposal.

Doug Voss, CEO of Great Lakes, said fares began at $39, but the average would be at $50 each way between Scottsbluff and Denver.

The airline has several planes available to serve its needs. Voss said there are 28 1900s — 14 are in storage and 14 are flying. Great Lakes has a maintenance base in Denver and Cheyenne.

The airline was founded by Voss and Ivan Simpson on April 5, 1977, and began flying in Oct. 12, 1981, on flights between Spencer and Des Moines, Iowa. From 1992 to 2002, the airline was a large United Express “feeder” carrier, with operations in more than 100 cities. By Dec. 17, 2016, that number had reduced to 11 cities, with all flights operating under its own brand. At one time, Great Lakes was the largest EAS provider in America. Today, only four of its 11 destinations is through the EAS program.

Government restrictions in 2013 on pilots and crew caused the airline to suffer along with many other commuter airlines. Services to many airports, including Scottsbluff, were lost as cancellations mounted.

Scottsbluff was among several airlines who sought new carriers in 2016 in an attempt to rectify the situation. Voss said the situation today is still all about the pilots.

“PenAir clearly had the same issues,” he said.

Everyone is in recruitment mode, Voss said.

“We have the unique ability to hire retirees,” he said. “In Denver, there is a large number of pilots retiring from United and Frontier who will continue to live in Denver.”

Great Lakes is operating as a smaller carrier than it was five years ago and has worked on several ways to alleviate the pilot shortage. The airline will compensate pilots if they make themselves available for 15 days per month. If they assure the airline they can fly for 10, they will be provided with seniority.

“The fundamental issue for all small communities right now is pilot supply,” he said.

A new airline will hit the runaway at the Western Nebraska Regional Airport in February 2018.

SCOTTSBLUFF — The Western Nebraska Airport Board now has a list of finalists to be considered as the carrier out of Scottsbluff.

After recent problems, first with Great Lakes Aviation and then with PenAir, the Western Nebraska Regional Airport sought bids for a new carri…

After recent problems, first with Great Lakes Aviation and then with PenAir, the Western Nebraska Regional Airport sought bids for a new carri… 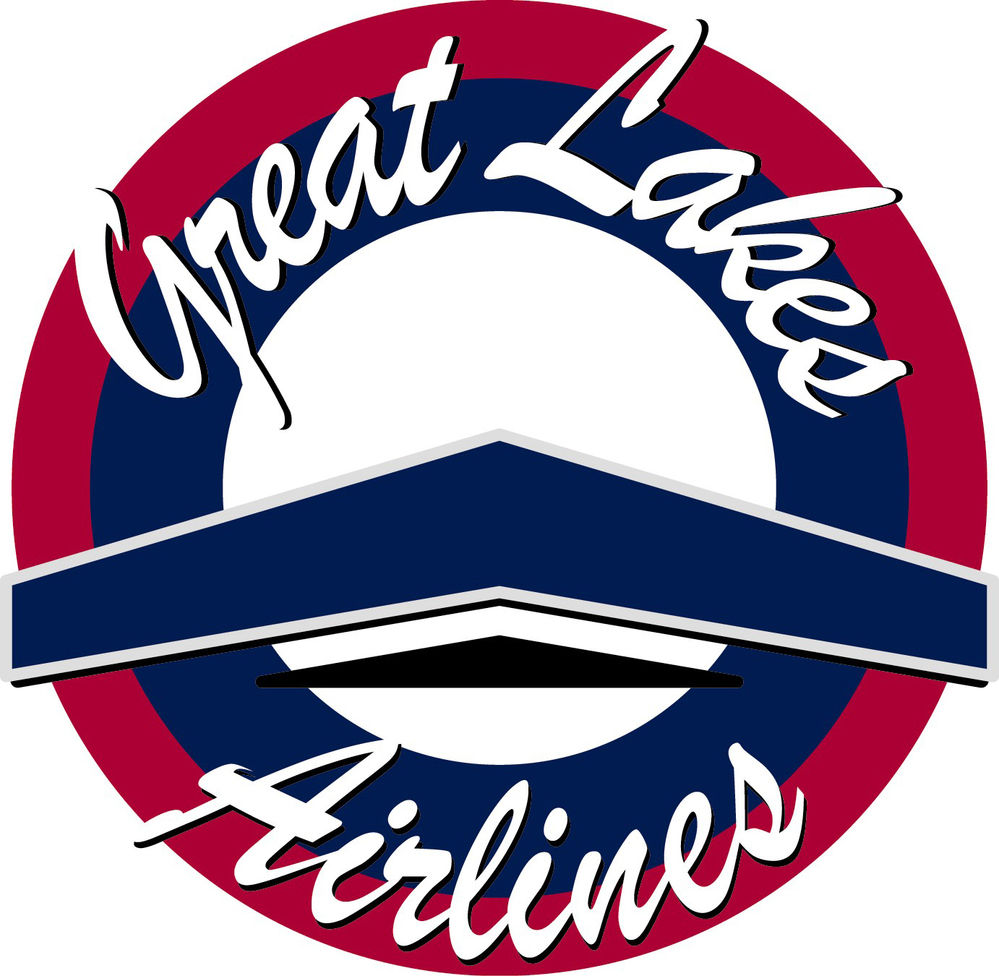 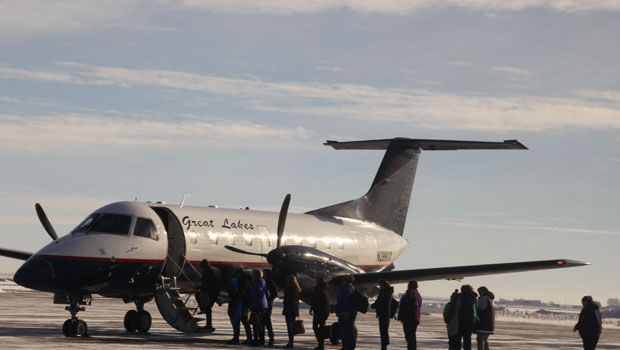 Passengers wait to board a Great Lakes Airline Embraer EMB 120 Brasilia airliner on Dec. 29. The passengers had a delay which might be typical for airline travel this time of year.