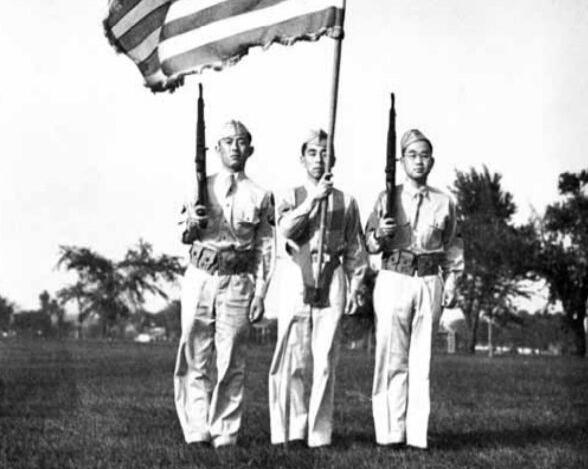 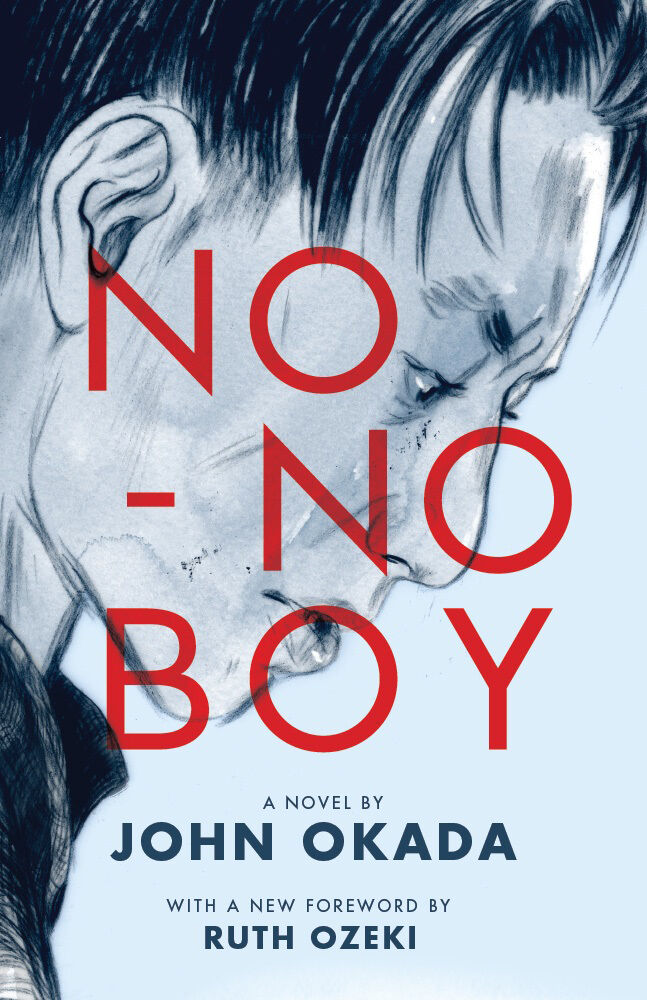 John Kozo Okada, Roy Kumasaka, Frank Fukumi Ashida and James Haruso Ashida all grew up in the Seattle area in the state of Washington. Alfred Shunji Miyagishima was born in Scottsbluff. Though each of these five men were American citizens, they were imprisoned by the federal government because of their Japanese heritage in 1942.

These four men were among some of the Japanese Americans who were eventually released from incarceration at Minidoka Prison by the Federal Government. Upon release, each was welcomed in western Nebraska.

Though their family members were still incarcerated in prisons by the federal government, all five men served the United States of America in our military. This story provides a summary of the lives of these American citizens.

According to federal records, John Kozo Okada was born in Seattle in 1923; he died in 1971. At the time of his imprisonment by the federal government, Okada was a student at the University of Washington. Federal records indicated that he was never in Japan, was Roman Catholic, and could read, speak, and write both English and Japanese.

According to a news article in the Minidoka Irrigator dated Sept. 25, 1942, Fukumi Ashida and John Okada were among 10 students “…expected to leave Hunt [Minidoka Prison) by the end of this week to continue their studies…” in Scottsbluff. That publication was the prison newspaper at the Minidoka Prison.

While living in western Nebraska, Okada joined the U.S. Army. His training included time at the Military Intelligence Service Language School (MISLS) in Camp Savage in Minnesota. During World War II, Okada served as a translator. After his discharge in 1946, Mr. Okada continued his education at the University of Washington as well as at Columbia University in New York.

Okada wrote “No-No Boy,” a book about the trials of Asian Americans in the United States during World War II. The book was first published in 1957.

The leadership of Okada is recognized today through a residential housing program as one of the eight separate dorms at Wilbur Hall at Stanford University in Stanford, California.

“The Asian American theme house was established at Stanford in 1971 to create community and center the experiences of a very small and primarily first generation Asian American student population,” E.J. Miranda, senior director of media relations at Stanford University, said. “Renamed in 1979 in honor of Asian American novelist John Okada, Okada House continues to explore and celebrate the diversity of Asian American peoples, cultures, and languages in a historical and contemporary context. In addition to fostering a warm and vibrant community, Okada serves as a focal point for students in the residence and across campus to explore the Asian American experience and what it means to be Asian in America.”

Roy Kumasaka was born in Seattle, Washington, on July 10, 1923, and died in San Jose, California, on Nov. 20, 2014. Federal records indicated Kumasaka never was in Japan and he spoke Japanese as well as read, spoke, and wrote English.

He was released from imprisonment by the federal government to get an education in Scottsbluff. As with the three other men from the Seattle area, Kumasaka joined the U.S. Army. Following the war, he went back to school at the University of Washington.

Frank Fukumi Ashida was another Japanese American citizen who attended school at the former Scottsbluff Junior College. He was born on July 8, 1923, in Kent, Washington; he died on June 28, 2010.

Federal records indicated that Ashida never traveled to Japan, was a Roman Catholic, and could read, speak, and write English and Japanese. According to the Nisei Veterans Committee, Ashida was a graduate of Franklin High School in Seattle. (A Nisei is American citizen born in the United States and whose parents were born in Japan.)

He was attending the University of Washington when he and his family were imprisoned by the federal government. The Nisei Veterans Committee noted that Ashida joined his brother, James Haruso Ashida, in Nebraska before volunteering for the U. S. Army at the age of 19 years.

He attended the MISLS of the U.S. Army at Camp Savage in Minnesota, then served overseas in Japan. Ashida later continued his education at the University of Washington and graduated in 1951.

“He married Evelyn Nakamura in 1954,” according to a statement from the Nisei Veterans Committee. “Frank retired from employment with Holland American Lines after 49 years of service. His joy was traveling all over the world, golfing, bowling, fishing and mushroom hunting. He was also a faithful Husky football fan.”

It is not known if Frank’s brother, James Haruso Ashida, attended school at the former Scottsbluff Junior College. According to his obituary, James Ashida was born on Feb. 4, 1920, and died on Aug. 23, 2003; he “…had served in the Army and was employed with the Department of State for over 35 years as a Foreign Service Officer.” The North County Times of Oceanside, California, noted on Aug. 28, 2003, Ashida had attained the rank of major in the U.S. Army.

State Magazine, published by the U.S. State Department, reported in its issue dated May of 2004 that Ashida was “an Army intelligence officer in the Pacific Theater during and immediately following World War II...[He) joined the Department [of State) in 1952 [and)...served in Greece, Iran, Lebanon, Sudan, Japan, Vietnam and Liberia, retiring in 1979. He was serving in Saigon in April 1975 and was among the last American employees evacuated by helicopter from the embassy compound.”

As much as Scottsbluff and western Nebraska served as a sanctuary for Japanese Americans like James and Frank, James Ashida himself later provided sanctuary for other people truly in need. As noted in State Magazine, Ashida served our country in Sudan in Africa. A news article dated Dec. 8, 1964, on the front page of the Deseret News of Salt Lake City, Utah, detailed the role Ashida played in upholding the values of our nation while serving in a foreign country. Mob violence was underway at that time in Khartoum, the capital of Sudan.

The news article noted that “...word spread through Arab crowds that [American Christian) missionaries ‘are helping Negroes.’” During that violence, the Deseret News reported “Twenty-three American and Sudanese refugees spent the night in the...home of U.S. Embassy official James Ashida of Seattle.”

The news printed in the Utah newspaper was confirmed in a personal letter published in The Progress of Clearfield, Pennsylvania, on Dec. 15, 1964. The Rev. W. H. Philips, General Secretary of the United Presbyterian Mission at Khartoum, Sudan, wrote that “The American Mission and the Christian Literature Center, Khartoum have been completely destroyed...As we got away from the Mission, we asked to be driven to the house of Mr. James Ashida, Economic Officer of The American Embassy, who gave us food and refuge for the night...”

A Japanese American individual who was born in western Nebraska was also imprisoned with his family by the federal government because of his Japanese heritage. Alfred “Al” Shunji Miyagishima was born in Scottsbluff on Dec. 2, 1926, and died on Dec. 19, 2018.

The family of Mr. Miyagishima moved to Stockton, California, prior to World War II. During the war, he and his family were initially imprisoned in the Stockton Assembly Center (Stockton Prison), located at the site of the San Joaquin County Fairgrounds near downtown Stockton, California. The Miyagishima family were then transferred to the Gila River Relocation Center (Gila River Prison; also known as the Rivers Relocation Center – the Rivers Prison) on the lands of the Gila River Nation in central Arizona.

Federal records used “Miyagishim” as the spelling for his surname and “Shunji” as his first name; the middle initial used was listed as an “A”. Those same records indicated that he never traveled to Japan, had finished two years of high school at the time of his imprisonment by the federal government, and spoke both Japanese and English as well as had the ability to read and write English.

On Dec. 29, 2018, Vickie Sakurada Schaepler wrote a tribute to Miyagishima: “…He was able to leave relocation [from the Gila River Prison) and return to Scottsbluff, and finish his high school degree. We were so pleased to share ‘the Celebration of Japanese History in Nebraska’ in March [of 2018) with him, Jeanne and members of their families.”

According to his obituary, Alfred Miyagishima was born “…to mother Kiku and father Toshiro Gontaro.

During World War II, Alfred served with the 9th Infantry Division in France and Germany. He later served as Commander of Nisei Post 185 in Denver.

After many years of employment with the City and County of Denver and the State of Colorado, Alfred retired to enjoy his favorite hobbies. He was a devoted Denver Broncos fan, an excellent fisherman, loved a game of golf and traveling with wife Nancy.”