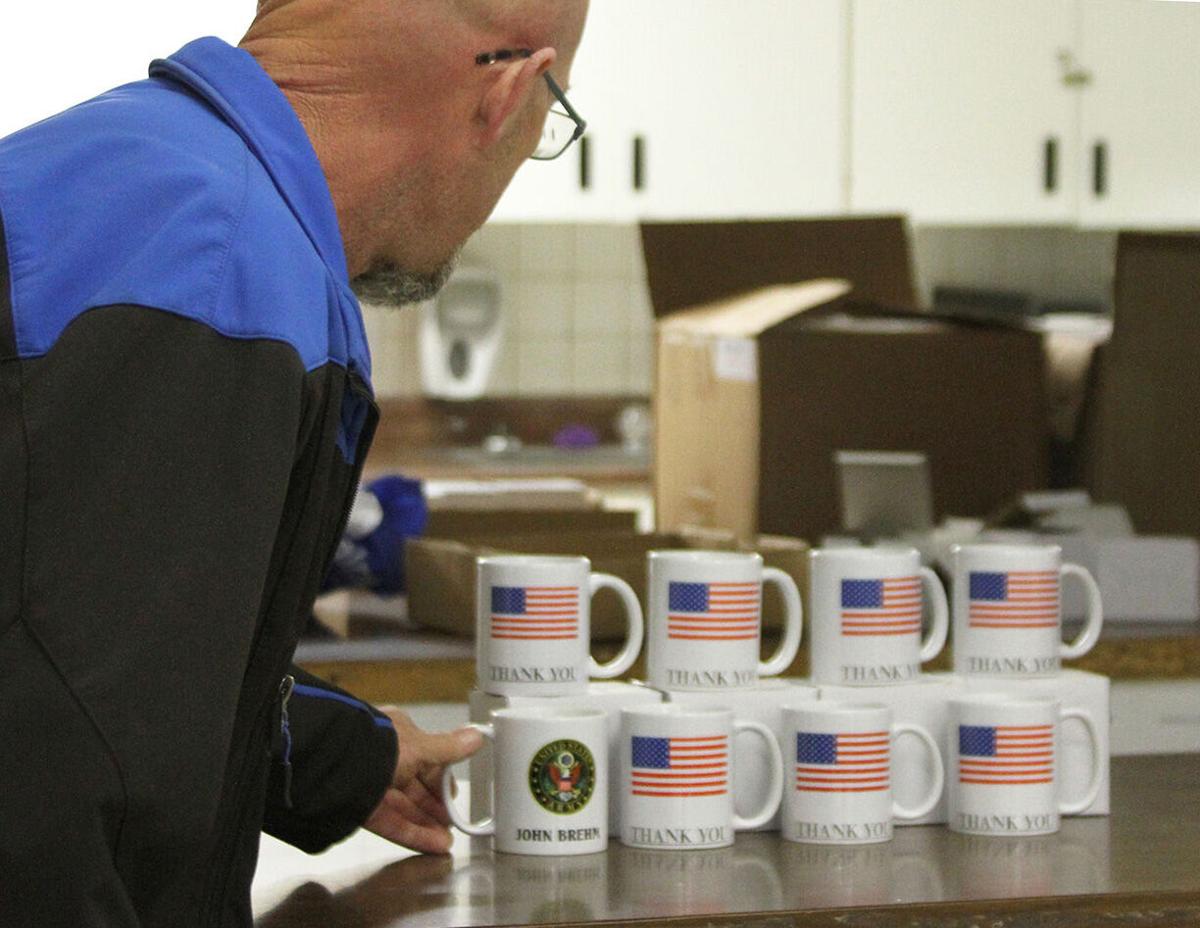 Jim Siegfried said he made the mugs to give something special to the residents: 'They deserve something personal,' he said. Staff will stuff each one with candy. 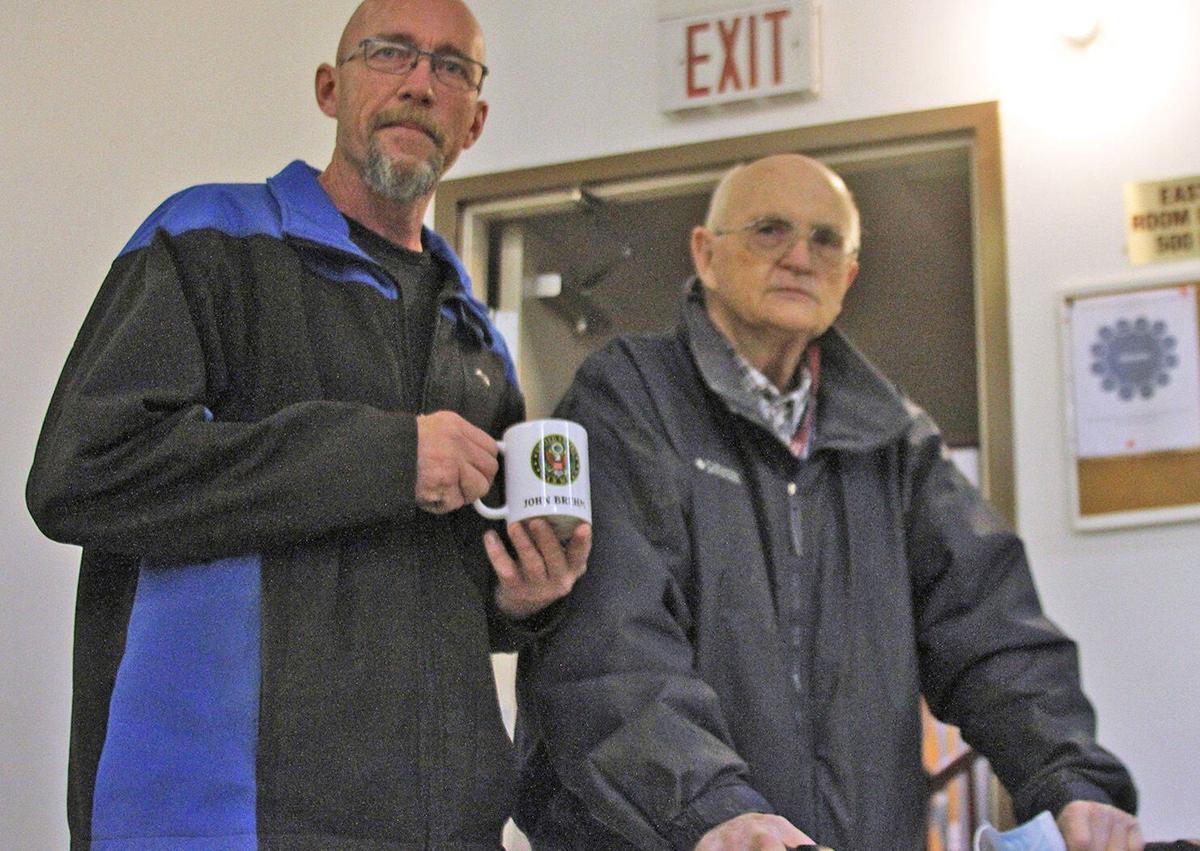 Jim Siegfried wanted to do something special for the residents of the Western Nebraska Veterans’ Home for Christmas, so, he made mugs for the 74 people there.

Each mug has the first initial and last name, and a seal on the front for the branch each person served in — or the Department of Veteran’s Affairs for widows and Gold Star mothers —  and the American flag with Thank you emblazoned on the back.

“All of these guys deserve personalization, not just ‘throw me a gift,’ thing,” he said. “Their value isn’t understood unless you understand the price that was paid.”

Scotts Bluff County Veterans Service Officer John Brehm said the project was group effort between Panhandle veteran’s organizations and the Elks Lodge #1367 to purchase the needed supplies for the mugs, around $8 each, and candy to provide staff to fill the mugs with.

“I brought this up to the different organizations and everybody wanted to get involved,” Brehm said about the Veterans of Foreign Wars, the county and the local Elks Club.

Siegfried, an Army veteran, said he started when a Navy friend wanted a few, and it sparked the idea for his annual tradition of giving something.

He doesn’t have a workshop, but works out of a spare room in house using specialized ink, paper and mugs to achieve the effect.

“Theoretically, it’s not supposed to go anywhere,” he said. “It’s like a tattoo.”

For Siegfried, it gets a little personal. He made a cup for one of the residents, Virgina Lenhart, who was “my second mother growing up.” Her husband, Gene, died in April, and Siegfried said he wanted to give something back.

“I spent a lot of nights at their house in high school, ate a lot of bread pudding,” he said, choking up. “But the older you get, we all learn the value different, and I know how valuable that was.”

John Brehm III, president for the VFW Auxiliary Post 1681, said Siegfried floated the idea in October, and he and other people wanted to get it done.

“With COVID-19, there’s no programs, no parade for Veterans' Day, so when Jim brought this up, we were absolutely on board,” he said. “It was like ‘pay whatever you need to get this done.’”

Brehm III said usually he and his father would visit the home in-person weekly.

“We took cupcakes out for Veterans' Day, and that’s the best we could do, the last thing we want to do is get anyone sick out there,”

Susan Arnold, who works at Western Nebraska Veterans’ Home said that despite the upsets of COVID-19, residents appreciate the gestures they can receive, even when not allowed visitors.

“They love those cakes,” she told Brehm III. “They’ll love this, they’ll think the world of it.”

Arnold quickly knocked on the wooden counter at that.

“I have no idea how God selected me to live all these years,” said Bill Harrington, who flew 50 combat missions over Europe in World War II.

Jim Siegfried said he made the mugs to give something special to the residents: 'They deserve something personal,' he said. Staff will stuff each one with candy.