The Robidoux Trading Post takes visitors back in time, serving as a representation of the Robiduox family’s second trading post in the Carter Canyon area. Historical documents show the trading post provided supplies and blacksmithing to immigrants and the Native American population.

“The Robidouxs were one of the very first entrepreneurs in this area that had the trading posts,” Dan Morford, member of The Friends of Robidoux Trading Post, said. “They provided a lot of services and supplies for those immigrants and for the Native Americans that were here, that traded with them.”

The sod-roofed building has been reconstructed with 100-year-old hand-hewn logs and had been located at its original site in Carter Canyon until last year. Efforts to relocate the post have recently been completed, with the focus now on its future.

The new home for the trading post, officially 2200 D St. in Gering, was well thought out with officials placing it just north of Five Rocks Amphitheater and near Robidoux Pass for visitors interested in following the historical trails. Officials recently had a soft opening of the post during National Tourism & Travel Week.

“It’ll be fun for the people camping, you know, they can easily walk (to the post),” Barb Netherland, chairman of The Friends of Robidoux Trading Post said.

Visitors are encouraged to view the outside structure of the fort and glimpse through the windows to see the restoration progress that is still underway. The Friends of Robidoux Trading Post is a group of volunteer community members who have taken on the care of the post.

“We formed mostly to just try to better serve the post, to keep a better eye on it,” Netherland said. “The post had some maintenance issues that needed to be looked at and we just really felt like it needed more attention.”

The group has divided into subcommittees to continue to work on different phases geared toward completing the renovations for a true reopening of the trading post. Netherland said that Morford is the chairman for the story committee which is charged with designing the interior exhibits as well as the interpretive signage for the outside of the post. The displays will feature items that will depict the Native American and fur trade life of the 1850s as well as blacksmith tools.

“For the near future, the post will remain closed, however, a few items are displayed inside and visible through the windows,” Netherland said.

There will also be continued work on the structural issues the trading post has incurred over the years. Netherland said they are in the process of completing a chinking project to seal the interior of the structure while maintaining the posts look of authenticity. The Friends group is also looking into making the trading post handicapped accessible by widening the doors for access inside.

Landscape comprised of plants native to the area is also planned in the foreseeable future. Netherland said they are looking into plants and grasses that will have a natural look and be low maintenance.

“Our hope is to be able to open the post — at least occasionally — and make it into a fun, educational experience,” Netherland said. “And it is an opportunity to demonstrate local history.”

She said the trading post projects have been completed by volunteers and mostly funded through Scotts Bluff County Tourism and Gering Keno. The City of Gering and Scotts Bluff National Monument have supported the renovation with preservation guidance and expertise.

“Gering Keno has been a champion in helping us preserve the post,” Netherland said. “The post was having severe roof, window and other weather-related issues and Gering Keno was the major funding source for getting that work done.”

The community is encouraged to stop by the trading post to see the restoration progress. While viewing the structure, visitors can sign the guest book and access historical information provided by the Gering Visitors Bureau and The Friends of Robidoux Trading Post.

Nicole Heldt is a reporter with the Star-Herald, covering agriculture.  She can be reached at 308-632-9044 or by email at nheldt@starherald.com.

Few details have been released about a shooting that injured a 33-year-old woman Friday.

A woman suffered injuries Monday after a semi struck her vehicle in a crash at the intersection of M Street and Lockwood Oil Road in Gering.

A quick-moving fire tore through a Terrytown house Thursday. A blaze occurred at 24 Michael St. around 12:45 p.m. Firefighters were on hand qu…

Gering senior Olivia Leypoldt was all smiles along with the rest of the 110 graduates of her graduation class of 2022.

The Clean Harbors waste disposal company is bringing a new type of incinerator to its Kimball facility. Officials plan to bring more than 100 …

In a lawsuit filed in U.S. District Court on Monday, Thomas claimed a no-trespass order handed down to him from the district in September prevented him from experiencing his first grader's school year.

WNCC, insurer pay out $710,000 to family of student killed in aviation accident

Fourth-grade students at Geil Elementary in Gering had the chance to speak with an old friend of theirs Monday, live from an Army base in Kuwait. 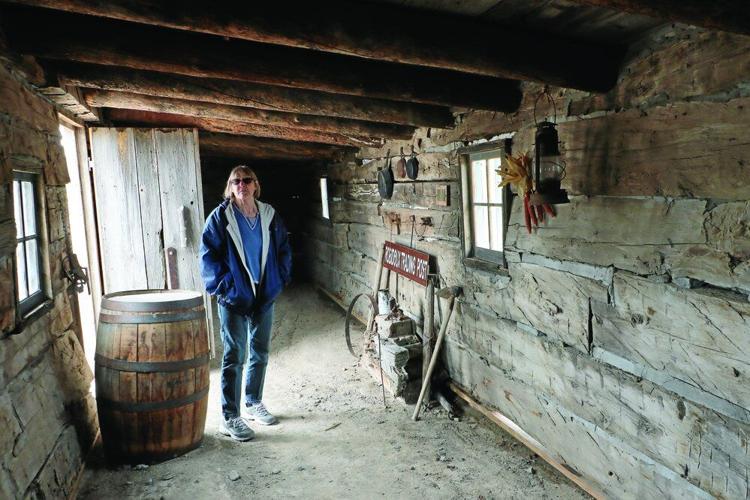 Barb Netherland, chairman of The Friends of Robidoux Trading Post shows the items displayed inside the fort that visitors can see from the windows while it remains closed for the near future. 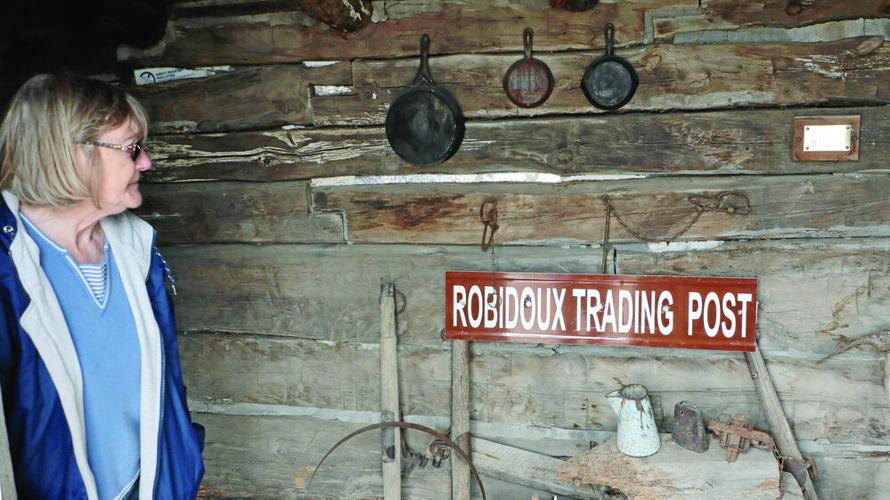 Barb Netherland, chairman of The Friends of Robidoux Trading Post, explained that one of the projects the group will be working on is completing the chinking inside to have the structure sound as well as appear as a true representation to how the fort would have looked in the 1850’s.

Robidoux Trading Post stands at its new location on 2200 D St. in Gering north of Five Rocks Amphitheater where visitors can view the outside structure of the fort.

The Robidoux Trading Post, located on 2200 D St. in Gering, is a representation of the Robiduox family's second trading post in the Carter Canyon area. While viewing the structure, visitors can sign the guest book and access historical information provided by the Gering Visitors Bureau and The Friends of Robidoux Trading Post. 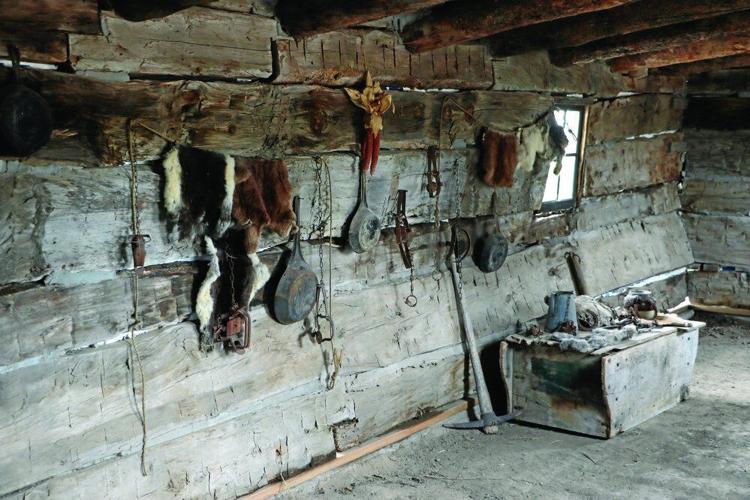 A portion of the Robidoux Trading Post will most likely be roped off for visitors to see a display of blacksmithing tools, fur trade items and other things immigrants may have stopped at the fort to restock on. Dan Morford heads the story committee for The Friends of Robidoux Trading Post which is tasked with designing the interior exhibits that can be seen through the windows while the interior of the fort remains closed to visitors.