The audience will look through the intimate window of Jamie and Cathy’s doomed marriage as Theatre West presents “The Last Five Years." The production opened Thursday evening with shows June 24-25 at 7:30 p.m. and Sunday, June 26 at 2 p.m.

The story features the charismatic Jamie, played by Josh Woodie, and the struggling actress Cathy, played by Lauren Newell, moving through different timelines of the couple’s marriage. Cathy tells the story from the end of their marriage – moving backward in time, while Jamie begins from when they first meet – moving forward in time.

“So I would hope what the audience sees with Jamie is he’s kind of a cautionary tale,” Woodie said of his character. “He gets a lot of success, and things come very easy to him early in life. He gets quite full of himself, and starts treating the people around him as a little bit less than frankly.”

The show opens with a musical number telling the audience that the couple’s relationship does not work out in the end and questioning why as they meet the charismatic Jamie and devastated Cathy. It’s not until the end of the production that the truth comes out.

“You can be as successful as you want, but you had better keep your morals and ethics in check at the same time,” Woodie said.

The show has a serious tone with lessons and relatability for the audience to take along the way, but still there is an overarching sense of hope for the two characters to maintain their relationship.

“Since this chronicles a timeline between two people, it allows for everybody to relate to one of the characters at some point in time,” Woodie said. “Sometimes, they will relate a lot of the time, actually. Because since it spans quite a few years, there are a spectrum of emotions.”

Woodie previously portrayed the character Donkey in Theatre West’s production “Shrek,” and since then he has toured the world, doing shows across the country and in Australia. Regardless of the musical production or location, he said, he learned to control what he can control and be OK with the other things that happen. One of those uncontrollable moments was the COVID-19 outbreak that caused Theatre West to cancel productions from June 15-19. That included the “After-Party Cabaret.”

“We’re pretty sad that we didn’t get to do it last weekend,” he said. “But we are excited to finally get it out there because that is kind of a big part of what we do here. The idea that we’re out there doing things like this or singing at the baseball game here just kind of shows how we are part of the community, which is important to us.”

As the company selected songs for the Sunday Sunset Cabaret, Patrick Newell suggested they find a song that they once identified with and maybe now they have a different relationship with the song. The theme of the show is transformations.

Woodie will be performing a duet with his wife, Leyla. They are singing “Last Night of the World” from Miss Saigon.

“Josh and I have had the advantage of singing together for quite some time,” she said. “So the duet we do together, we actually performed together three years ago when we were on a cruise ship together.”

She will also perform a solo from Wild Party called “Raise the Roof.”

“It’s a bit of a fun way to get the audience excited, I hope,” Leyla said. “They company has been such a delight. Pat and Lauren (Newell) and the team are so kind and gracious and generous.”

As Theatre West production get back underway, Josh shared his appreciation for the community’s understanding.

“We appreciate your understanding that that’s not in our control,” he said. “Trust us, we would rather have been doing the shows if we could, but now that we’re back full strength and ready to go, we do really look forward to seeing you all the rest of the summer.” 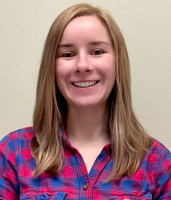 Nearly four years after the disappearance of a Wyoming man during a visit to Gering, his family continues to wait for answers. Dec. 2 will mar…

A Bayard woman died as the result of a crash near Melbeta Thursday.

The Nebraska State Patrol is investigating a shooting in Gering that involved an officer Thursday.

The Nebraska State Patrol has released the identity of a man who allegedly shot at a Gering Police officer Thursday.

A Scottsbluff woman has been cited after being involved in a collision Monday morning.

A Gering man is slated to be tried in March on charges of sexually assaulting a teenage girl.

A Terrytown family has been displaced as the result of an electrical fire that caused an estimated $25,000 in damages Tuesday.

A former Bayard woman has been accused of embezzling funds from a Panhandle cemetery district.

This Day in History: The Washington Monument is completed

The Bordeaux region, in crisis, calls for help to pull out vines

The Bordeaux region, in crisis, calls for help to pull out vines

Shocking royal family interviews that changed the course of ‘The Firm’

Shocking royal family interviews that changed the course of ‘The Firm’ 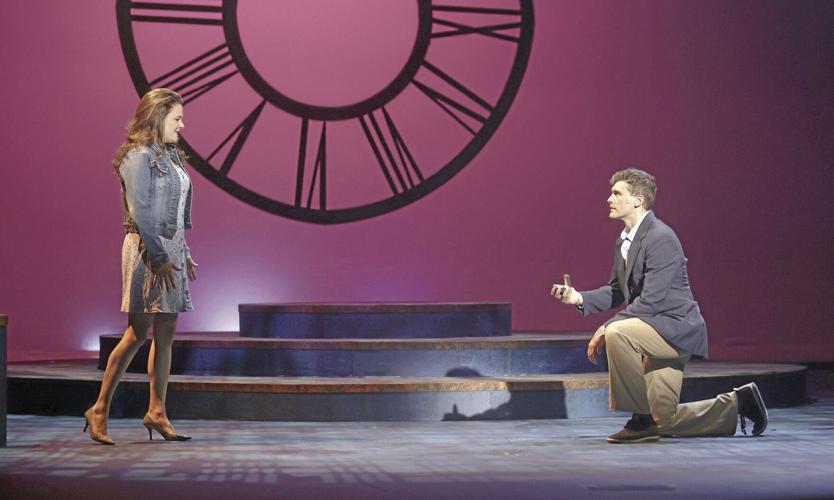 The love story of Jamie and Cathy unfold on the Theatre West stage during the production "The Last Five Years." Actors Josh Woodie, right, and Lauren Newell, left, rehearse a scene from the couple's proposal as the characters travel through time from different ends of their relationship. 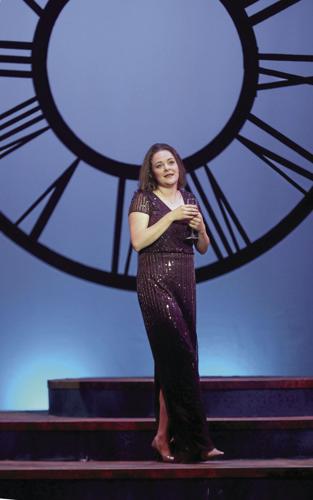 Lauren Newell, who portrays Cathy in the Theatre West production “The Last Five Years,” practices one of her songs during dress rehearsal Wednesday. The show opened Thursday evening. 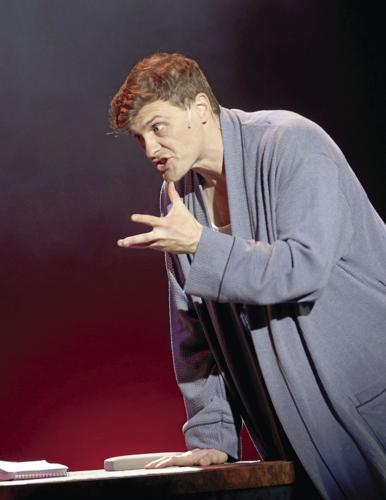 Josh Woodie portrays the character Jamie in the Theatre West production “The Last Five Years.” He described his character as charismatic, but said the show is a cautionary tale. 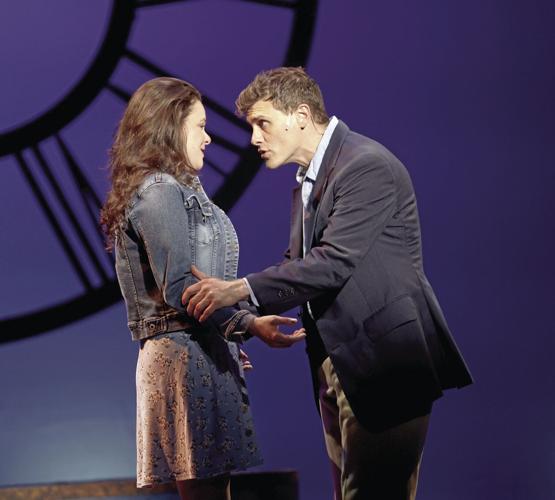 Jamie, played by Josh Woodie, sings a duet with his wife Cathy, played by Lauren Newell, during the first act of "The Last Five Years." The Theatre West production opened Thursday night and has additional shows through Sunday.