Brian Croft’s family placed great importance on education. His parents worked in parent-teacher associations and both of his older brothers studied teaching, so when Croft went to college there was only one profession for him to pursue.

“I guess teaching has always been something I’ve wanted to do in some way,” he said.

Croft began working for Western Nebraska Community College in 2005. His oldest brother, Colin, works there as a philosophy and ethics teacher. Their middle brother, Darin, works as a physiology and anatomy teacher at Case Western Reserve University in Cleveland.

The youngest Croft brother teaches composition and literature courses, a creative writing course and a class on Nebraskan history. He also teaches an online elective class about novels.

“I just love the freedom of the community college format ... even if it’s the same class, you can do different things because of the diversity of students coming in,” he said. “...When I did Nebraska history for the first time out here, I had a packed classroom of about 27 students. Some of them were freshmen in college, some of them were in their 70s. That’s how you get a good conversation going because you have all these perspectives back and forth.”

Croft tries to incorporate writing into every course he teaches. During school, he said, it’s something students are going to be doing a lot of in all of their classes.

As a teacher of Nebraska history, it would make sense that adorning Croft’s office are a veritable host of Nebraska maps. They detail railroad routes, Native American tribes and political boundaries from centuries past.

“I’ve been here my whole life, and I’m not going to say that Nebraska is the best state or has the best history, but we have so many different elements to us, from the natural world, through history and everything else, that I just started to look into it more and more and I got drawn in by the mystery of it,” he said.

Croft has shown off his maps at several events, including a few at the Legacy of the Plains Museum in Gering where he serves on the board of directors. He often presents them with his brother Colin.

“I’d love to do more (events) back east, it’s just tricky because … I also bring the maps, and some of them are quite large. I want people to be able to see the actual artifact,” Croft said. “If things have any value, they have value because of their human connection. And maybe it’s just a piece of paper, but just imagine why the person bought it.”

He said his love of maps comes from not only the history they can portray, but how subjective they can be. Each map has its own intricacies and individuality. He presents to museums and schools about how this helped get him into map collecting in the first place.

“I say it all the time that maps are not just a part of history. They are within themselves some form of communication,” he said. “…I like old things, I guess. Maybe I was born in the wrong century.”

Croft is on the board of the Nebraska State Historical Board Foundation, which is a support arm for History Nebraska. Its goals include fundraising for the society through statewide grants and setting up state markers by Nebraskan highways.

He was also selected as a governor’s representative for the History Nebraska board from 2012 to 2018. History Nebraska helps many of the historical societies and county museums across the state. Both organizations aim to bring history to people, Croft said.

Croft also belongs to the board of the Friends of the University of Nebraska State Museum, which advocates and fundraises for Morrill Hall in Lincoln.

Since he began teaching at WNCC, Croft has gotten involved in the community college experience. There’s nothing in terms of education a larger school offers those smaller ones don’t, he said, and community college education is interesting in many ways. It’s especially good for students of all ages who’d like to figure out if they should stay in their hometown areas or go somewhere else, Croft added.

“Many of the classes are predicated on having enough students to fill them,” Croft said. “The general education classes almost always do … but we try to get students into these other classes as they can experience new things and help them find out what they want to do.”

He said his teaching style is one of genuine interest. The professors he remembers the most from his own college days are those who showed love and passion for what they were teaching. They also tended to ask a lot of questions to engage students with the material, something he tries to emulate.

“I try not so much to teach as in ‘Here’s information, let me shove it down your throat.’ It’s ‘Here’s what I’ve noticed about this, here’s why I found it interesting, here’s some questions,’” Croft said. “…I love reading and I love writing, and, hopefully, the students actually see that.”

Scottsbluff Rural Fire Chief Carissa Schank told the Star-Herald that the state fire marshal had determined that the source of the fire that started the Paradise Acres Fire Thursday to embers that escaped a fire pit.

For families affected by the Carter Canyon wildfires, the weekend was emotion-filled as they watched flames surround their rural neighborhoods…

Court filings in the case against a Gering man accused of shooting his wife’s boyfriend reveal few details.

The 39th annual Rubber Check Race kicked up dirt at the Scotts Bluff County Fair on Saturday night in front of a sold-out crowd. The relay eve…

The Nebraska State Patrol is leading an investigation into the shooting of a Broadwater man. An arrest has been made in the shooting, according to information released by the patrol.

A skydiving trip would turn into a lifelong love for hot air ballooning for Allen Anderson, of Minden, Nevada.

Pilots competing in the U.S. National Hot Air Balloon Championship were given the green light to take flight Monday morning for a practice rou… 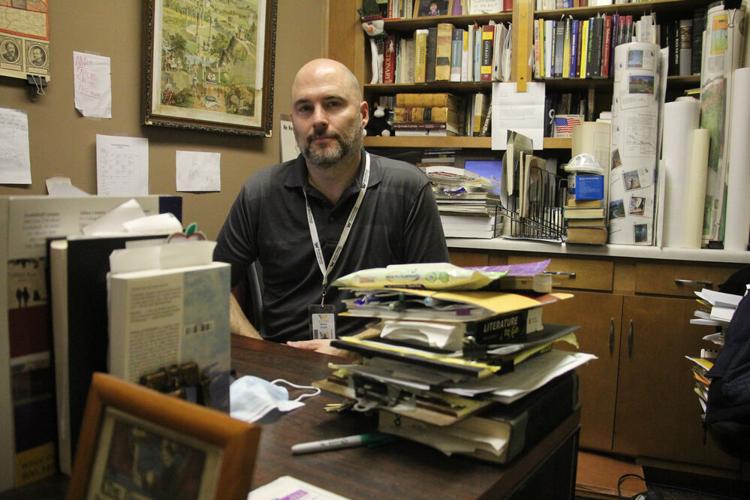 The office of WNCC teacher Brian Croft is packed with maps and documents befitting his longstanding career as a writing and history teacher. Croft is also a member of several state and local boards promoting history education and fundraising. 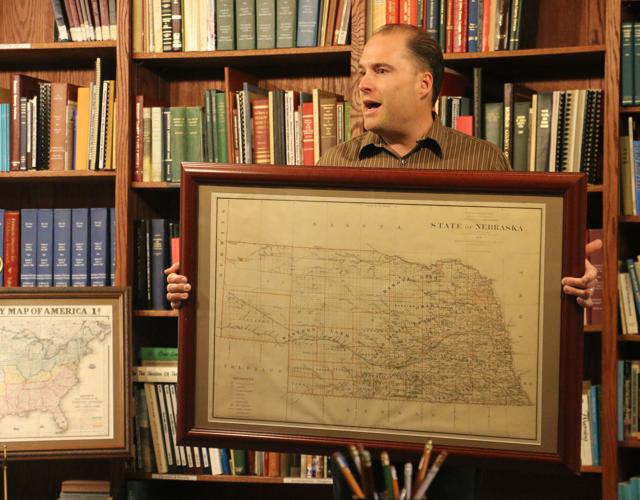 Brian Croft discusses the history of Nebraska at the West Nebraska Family Research and History Center.