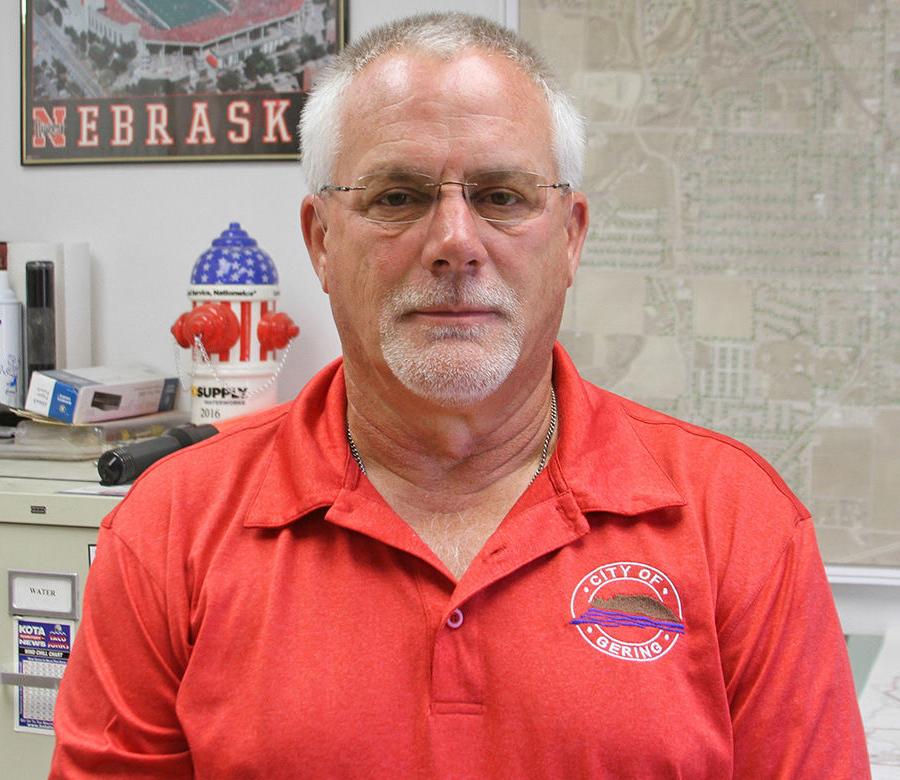 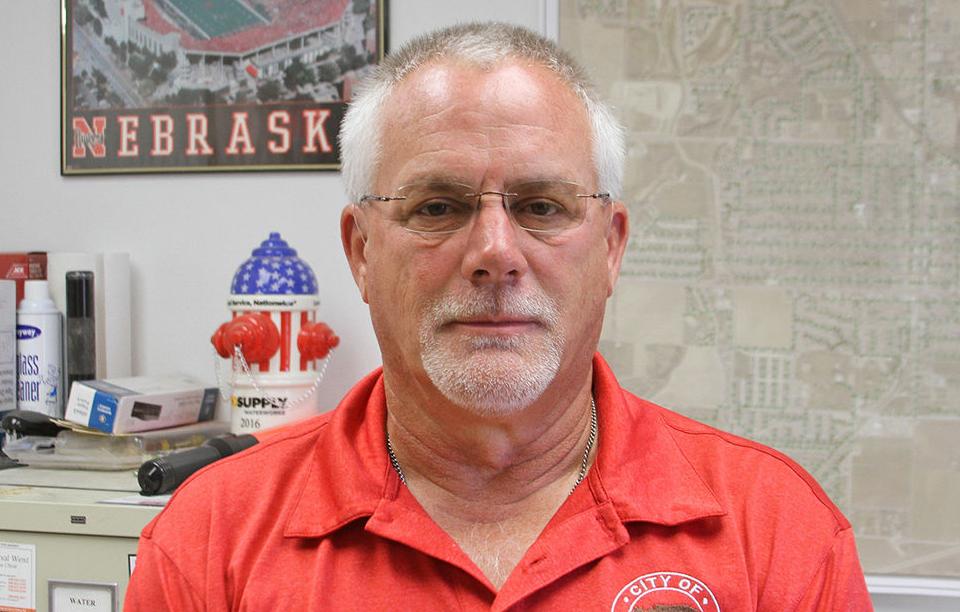 Pat Heath, the current public works director at the City of Gering, has 38 years of experience in municipal governments. Danielle Prokop/The Star-Herald 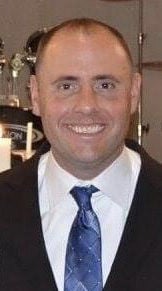 Dustin Stambaugh said he’s looking for a place to raise a family and would bring his organizational skills from his time in the Army. 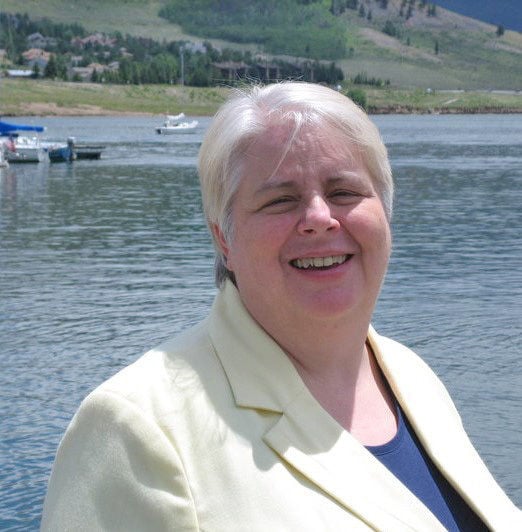 Pam Caskie said she's wanted to do city management since the eighth grade, and has been in administration for more than 30 years. Photo courtesy of Pam Caskie

In interviews, Cooley and Heath did not answer questions regarding why they are vying for the position, what they see as challenges in Gering and what experience they bring, both saying they would like to save their answers for the interviews. Interviews are scheduled for July 8, 16, 20 and 22 with council members and the mayor.

Caskie has worked in Tennessee for six years as a development director for a tourism town, and later in her own tourism and economic development consulting firm. She said she’s been waiting for a job to open up in the Panhandle for years to move back and be closer to her daughter and grandchildren.

“It gets in your blood, doesn’t it?” she said. “I could stay here in East Tennessee with friends or I can go with family, and my heart pulls me toward family.”

Caskie said most of the work at her firm, Bryte Idea, was derailed by the coronavirus pandemic and she’s eager to support Gering’s tourism and economic development.

“I think my expertise in tourism and 30 years in municipal administration means I could bring a lot,” she said.

In early June, Caskie was a finalist for the City of Sidney city manager position, but Sidney city officials selected David Scott as the new manager.

Caskie was the city manager for Alliance from 2005 until 2010 when she was asked to step down by the city council. Caskie said she had been asked to step down after a dispute over funding used for the development of a water treatment facility in Alliance.

“It was federal stimulus money for our funding source. There was a delay, and the question was who to blame and how much would it cost,“ Caskie said, adding that the city did not pay any money for the delay.

“The issue was they (the city council) were afraid it was going to cost money, and I said it would not cost anything and they didn’t believe me,” she said. “I don’t blame them, they’ve been burned before.”

Caskie said she believes everyone involved has moved on from the incident, which was a decade ago.

“What happened is less important than that they lost trust with me, which in this business, you need to have,” Caskie said.

Dan Kusek, a former Alliance city council member who served the entirety of Caskie’s tenure, said the city manager position is tough as it requires wearing hats in every department.

“To me, she was very intelligent, very smart and knew the business,” Kusek said. “She had to learn things she never knew before.”

He said the reason the council asked her to leave was the lack of trust in how she handled employees and the situation.

He described her management style as “no-nonsense” and said, “I’m sure that rankled a few employees while she was there.”

Kusek said he’d give her a chance to interview.

“As I told Sidney, I would say to Gering, Pam’s intelligence is enough, she at least deserves an interview which it sounds like they’re going to give her,” he said. “And the rest is up to her.”

Cooley, the human resources director at the City of Gering since 2015, was reached by phone Monday, but declined to answer questions about applying for city administrator.

“I’d hate to put myself into a corner or say something I’m not supposed to, so at this time I’m going to decline comment,” Cooley said.

She did not provide any references to the Star-Herald, saying, “I want to see how the interview shakes out.”

Cooley has more than 24 years of experience in municipal government, much of that as the village clerk-treasurer at the Village of Morrill.

In her resume, Cooley said she managed more than 50 employees and listed accomplishments such as implementing a city sales tax, development of a regional water system and developing open spaces.

In December 2014, Cooley temporarily lost her job during a meeting and was later reinstated at the same meeting.

Village Board member Denise Sinner said she motioned to rehire Cooley and “the four other board members sat there and never said a thing,” and did not second her motion.

Later that night in the meeting, Sinner said, after the attorney for the village asked if Cooley was out, the board made a motion to rehire Cooley, which was approved.

At the time, board members Bruce Mitchell and Bob Betancur declined to comment on why they initially acted against Cooley, Sinner said. Neither Mitchell or Betancur could be reached for comment Tuesday. Village Board Chairman Tony Schuler did not respond to voice-mails requesting comment, as of presstime.

Sinner was the sole vote against removing Cooley in 2014 and in an interview with the Star-Herald Monday, she said there was no reason to remove her.

“Tammy had nothing to do with all that mess, and she would just do a fantastic job. She’s a great worker,” Sinner said. “She would just be fantastic.”

In an interview Thursday, July 2, Pat Heath declined to answer questions about applying for the position, saying, “I’m trying to save what I can for the interview.”

Heath has 38 years of municipal government work under his belt with seven years in North Platte and 29 years in Gering. As the head of public works, Heath said in his resume, he works to coordinate with federal and state agencies, manages the budget, briefs officials on plans and directly oversees training and directing staff.

Heath told the Star-Herald he would forward references, but did not respond to follow-up emails.

Danielzuk deferred all comment about candidates for the city administrator position to Mayor Tony Kaufman. Kaufman declined to comment.

In an interview Monday, Stambaugh said he is looking for a place to settle after being uprooted from his job calibrating equipment for NovaStar Solutions in Livonia, Michigan. Stambaugh is now living near his parents in Littleton, Colorado, with his wife and son.

“With tourism as a major attribute, I see a lot of potential in Gering, but it’s also a great place to raise a family,” Stambaugh said.

Stambaugh was in the Army from 2007 and exited in 2017 after his first wife’s death two years earlier to take care of his son. According to his resume, Stambaugh was a shop foreman at Camp Casey in South Korea. He served as team chief in Fort Riley, Kansas, overseeing eight people and $5 million dollars of calibration standards and equipment.

“Collaboration, trust building were vital to my mission,” he said.

Stambaugh’s supervisor at Fort Riley, Chief Warrant Officer Daniel Rodriguez said he oversaw Stambaugh for the three years at the base.

Rodriguez said Stambaugh was under a lot of pressure to teach and lead at the same time, but said he had the ability to break down complicated problems.

“He never gave me false information, he would say what needed to be done and how much time he had and he would make me understand the process. I wasn’t a calibrator by trade.” Rodriguez said. “I have nothing but positive things to say about the man.”

Rodriguez said Stambaugh’s organization and willingness to get paperwork out of the way would translate well to the civilian side.

“He doesn’t stop until the job is done,I had to have the fight with him to go home,” he said, with a laugh. “I think where he will succeed is if he knows what needs to be done, then he’ll just knock it out of the park.”