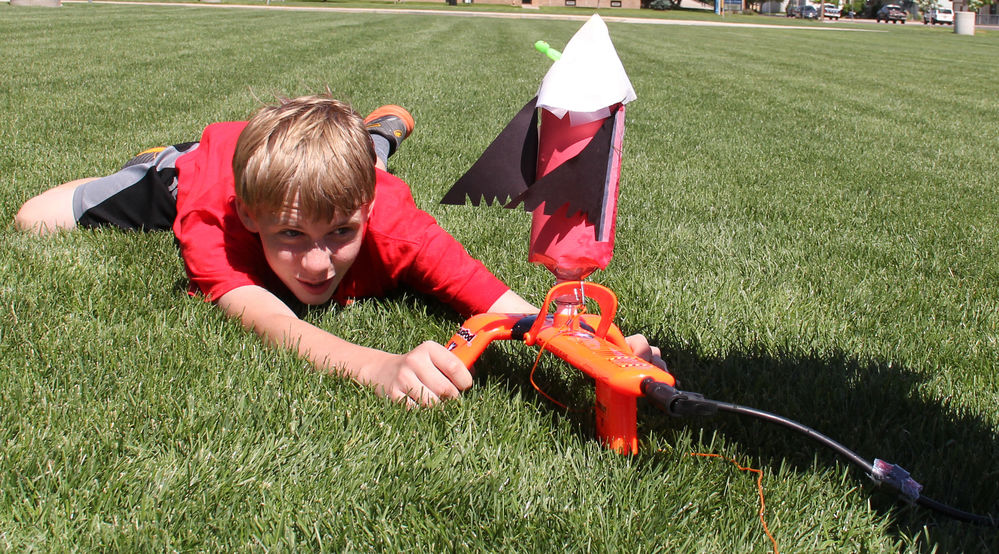 Camper Riley McCracken waits for a water rocket to take off. 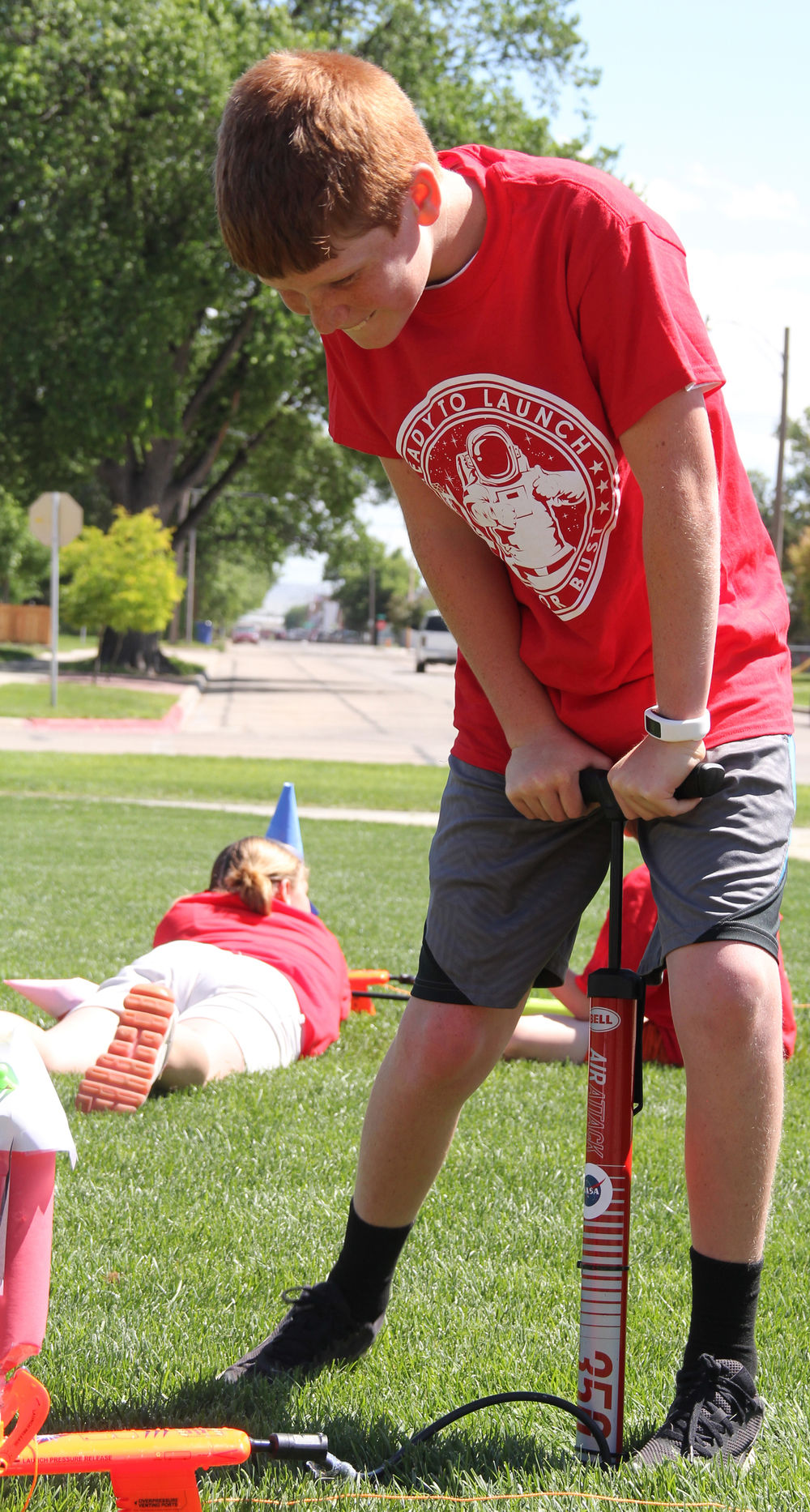 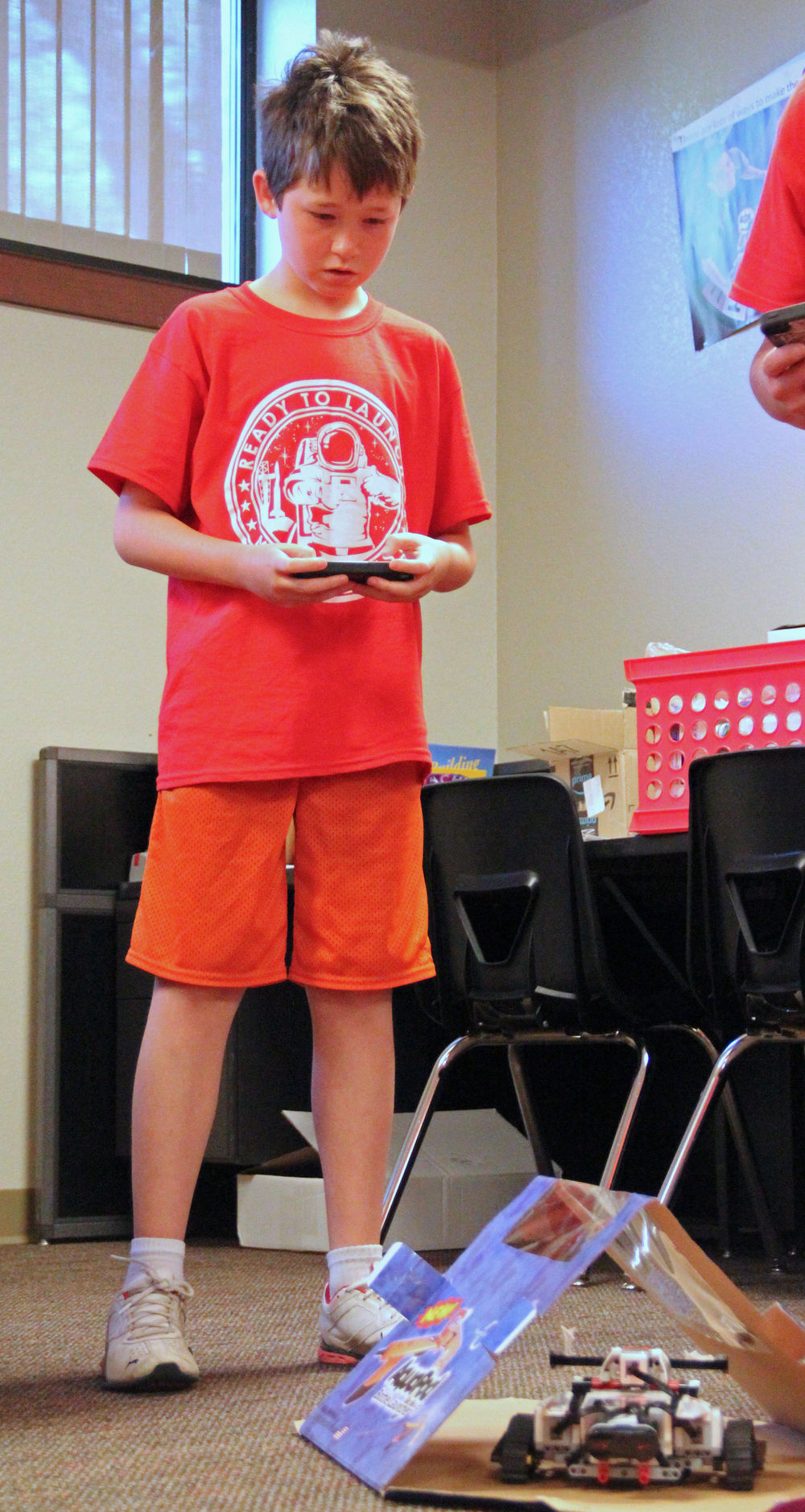 Patrick Weatherman drives the "Mars Rover" at the Mission to Mars camp at Bluffs Middle School.

A rocket takes off at the Mission to Mars Space Camp. 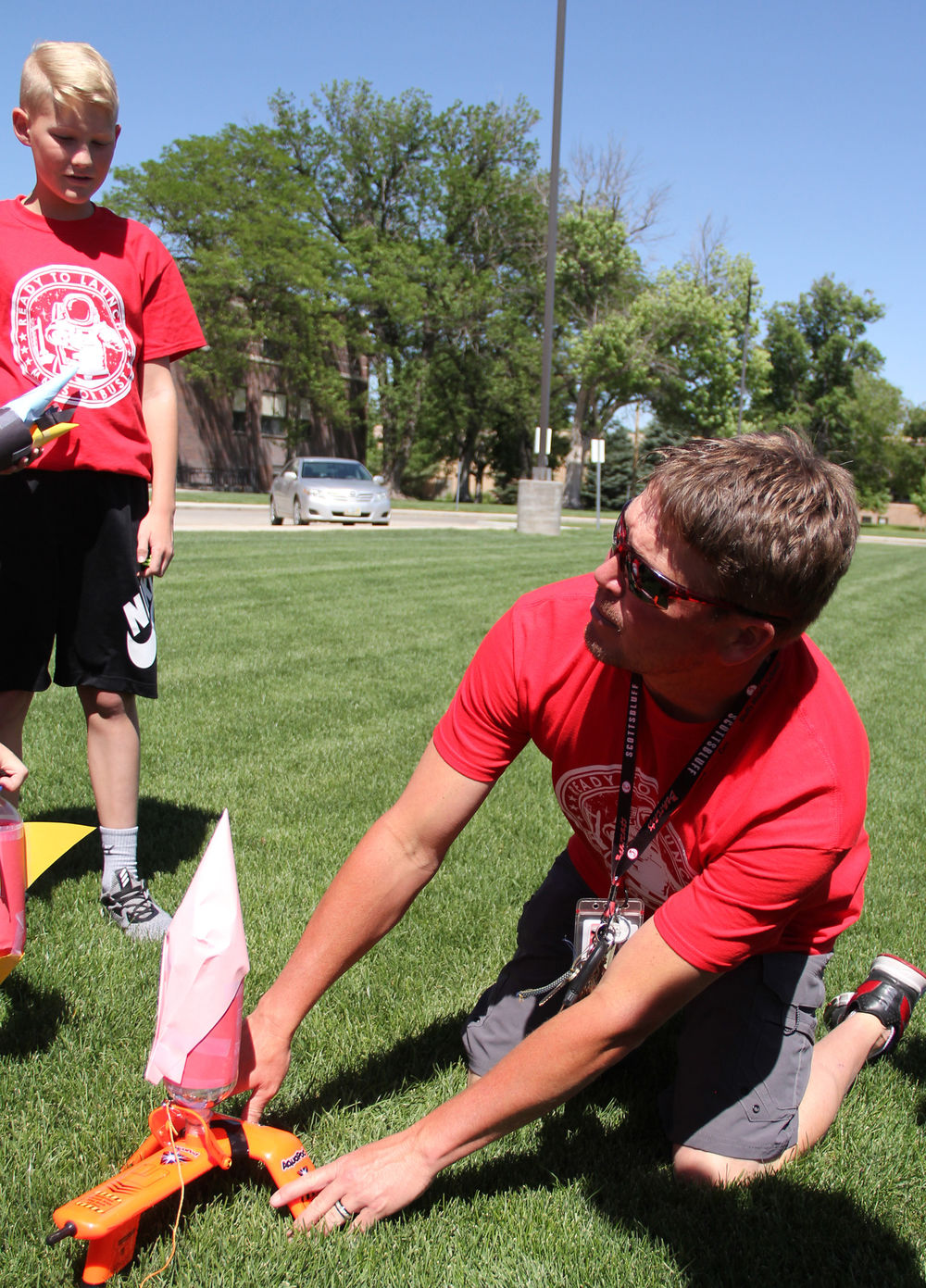 Jon Amundsun shows his campers how to properly blast off their water rockets.

Camper Riley McCracken waits for a water rocket to take off.

Patrick Weatherman drives the "Mars Rover" at the Mission to Mars camp at Bluffs Middle School.

A rocket takes off at the Mission to Mars Space Camp.

Jon Amundsun shows his campers how to properly blast off their water rockets.

In 2013, Amundsen was selected as a Nebraska Space Ambassador with the NASA Nebraska Space Grant Consortium. He has been invited to attend trainings and bring his knowledge to others through mini-grant funding and stipends, according to a Bluffs Middle School press release.

Thanks to NASA and the University of Omaha space grant, he is able to bring Mars to Scottsbluff with his space camp.

With its first year in western Nebraska, the camp included kids from Scottsbluff, Gering, Morrill and Community Christian schools.

Campers got the opportunity to learn about the history of space travel, the missions to Mars, and how to create rockets, like water rockets, air rockets, pencil rockets and paper shuttles.

As a sixth grade teacher at BMS, Amundsen has created a love to science in his students.

“I really like Mr. A as a teacher because he’s fun and funny. I wish he could come to seventh grade with me, but sadly he can’t. He did inspire me to get interested in space and stuff with NASA,” said Sydney Nickens.

Braden Andersen stated, “I’m very interested in space and science, and Mr. A is an awesome teacher. So, he invited me and I thought it’d be fun to go.”

Amundson is very hopeful that the camp will grow in future years. He also hopes to bring more knowledge to his students.

“I’m going to go back to NASA this summer and hopefully learn more to bring back,” Amundsen said.