The Navy Blue Angels and Air Force Thunderbirds left Nebraska off their route for flyover salutes to medical personnel, but the Nebraska Air National Guard plans to fill in the gap.

A KC-135R Stratotanker from the 155th Air Refueling Wing in Lincoln will fly over 15 hospitals from Scottsbluff to Omaha on Wednesday.

"This is our special way of honoring our health care professionals and neighbors for how they have responded and come together as Nebraskans during these unprecedented times," Maj. Gen. Daryl Bohac, the Nebraska National Guard's adjutant general, said in a press release.

The flyover will begin at Regional West Medical Center in Scottsbluff at 11:32 a.m. MDT. Other flyover locations, all  Central Daylight Time:

Times could vary by up to 10 minutes, Guard officials said.

The four-engine aerial refueling tanker will fly over at an altitude of  1,000 to 1,500 feet at just over 200 mph, said Sgt. Lisa Crawford, a Nebraska Guard spokeswoman. It should be easily visible from the ground.

Guard officials are urging people to watch from their homes or while following social distancing guidelines.

The flyovers are part of a training flight and won't cost the Guard any extra money, Maj. Scott Ingalsbe, a Guard spokesman, said in a press release.

"The tribute ... is a time-honored aviation tradition of rendering honors and recognition to outstanding individuals and groups," Ingalsbe said.

The Thunderbirds and Blue Angels high-speed flight demonstration teams have gained widespread publicity recently for their tribute flights to medical personnel over large American cities, but not Omaha, Kansas City or Des Moines. The Blue Angels were scheduled to fly over Detroit, Chicago and Indianapolis on Tuesday. 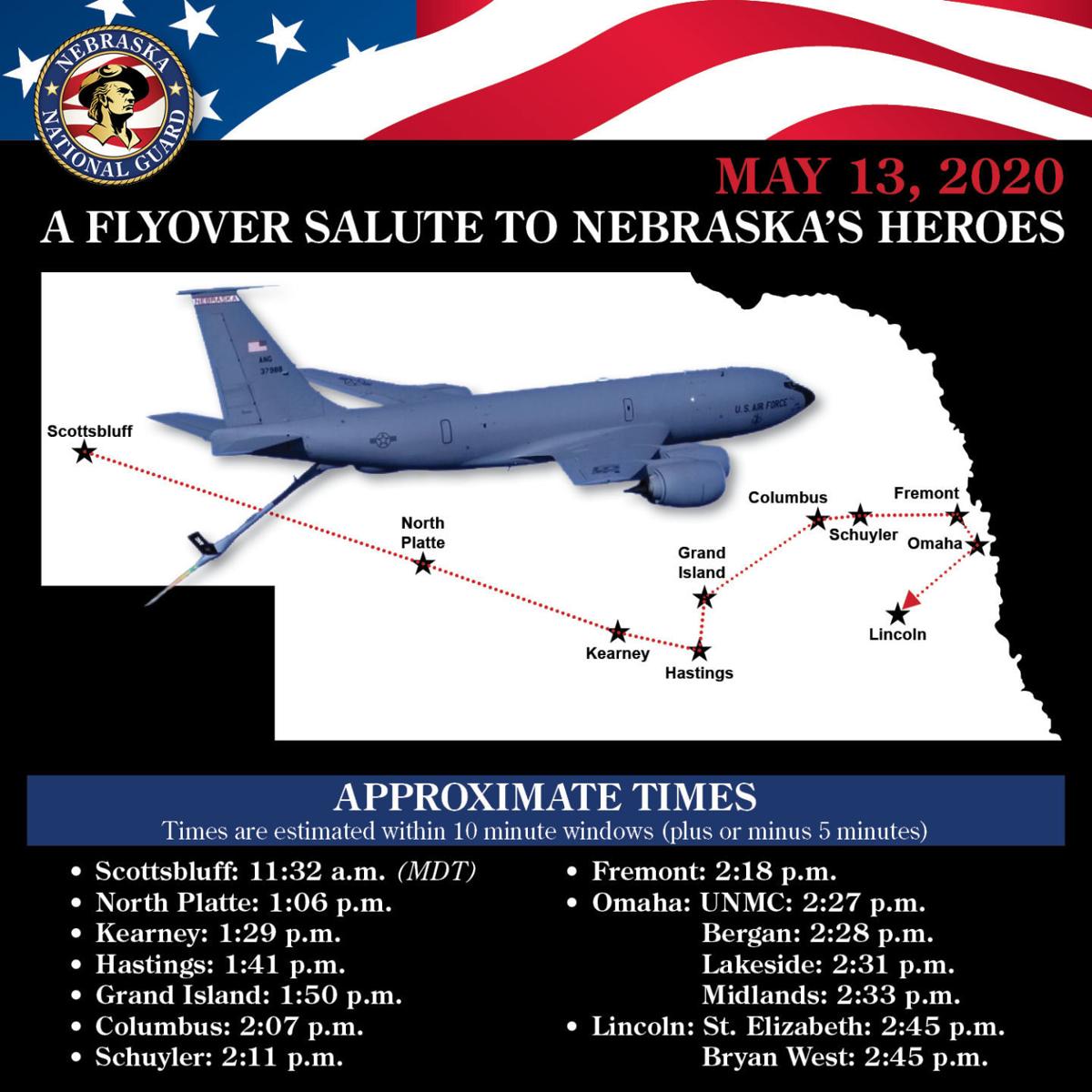 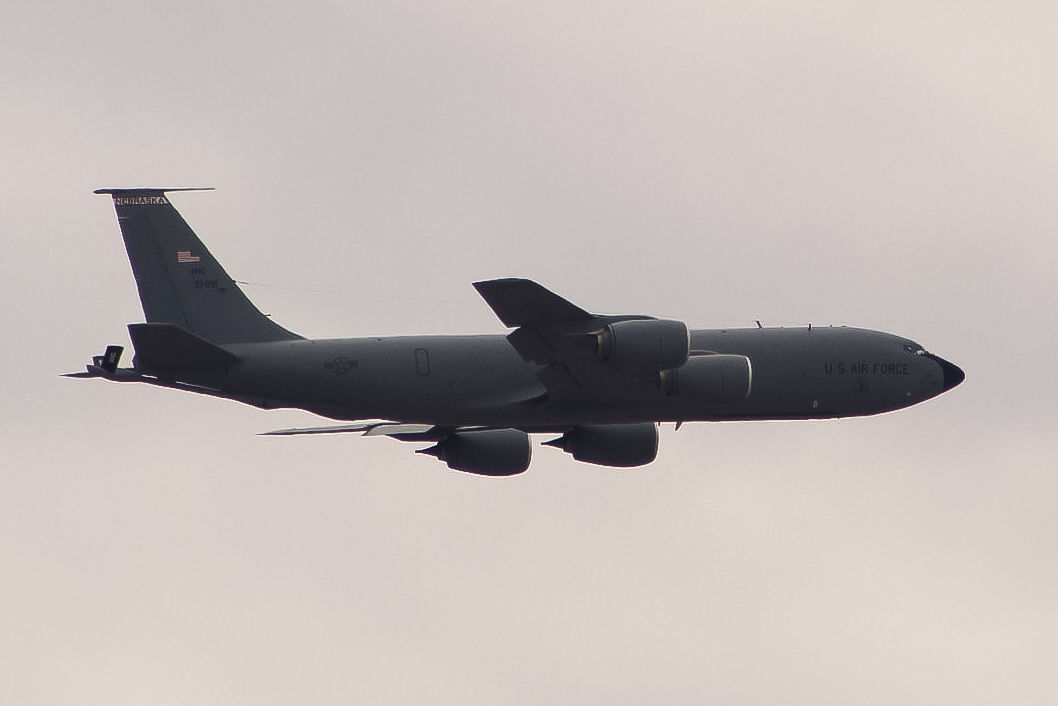 A KC-135R Stratotanker from the 155th Air Refueling Wing in Lincoln will fly over 14 hospitals from Scottsbluff to Omaha on Wednesday.